A kitchen helper rises to become an eSports champion

Peng Yunfei never imagined he would become a top electronic-sports player with tens of millions of fans when he was working in the kitchen of a Shanghai restaurant in Xuhui District four years ago.

Peng himself has won five Most Valuable Player awards in championship finals since he started his professional career in 2016.

“The achievement was 60 percent talent and 30 percent hard work,” he said. “The remaining 10 percent was just pure luck.” 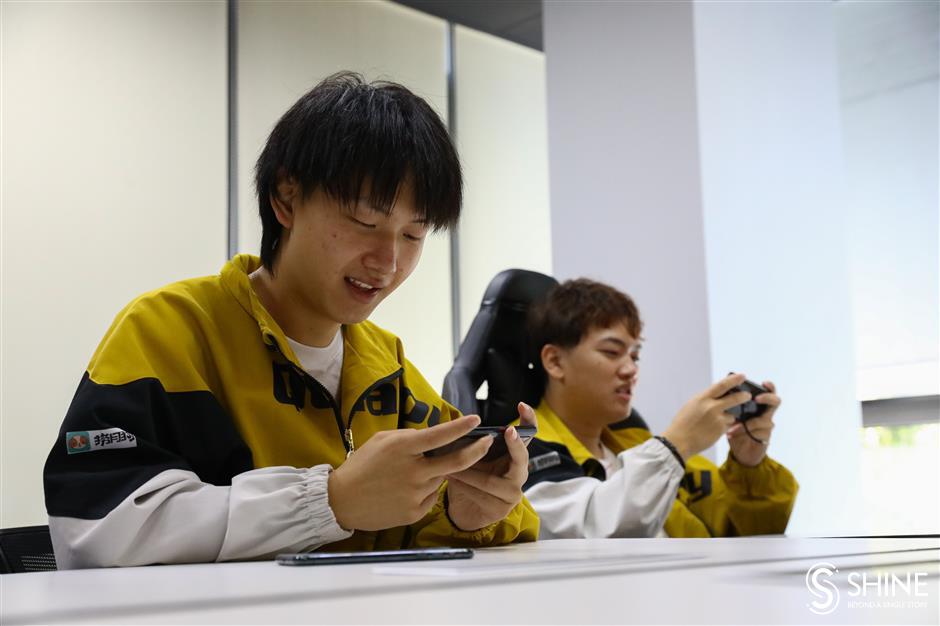 Shanghai has become one of the most popular hubs in China for Peng and other talented young eSports players. The city government has initiated a series of preferential policies to support the industry, including subsidies and educational opportunities.

The city aims to become the world’s “eSports capital” — on par with Los Angeles, which is attracting famous game clubs and developers like Riot Games, Activision Blizzard and Infinity Ward.

Peng came to Shanghai from his native Chongqing in southwestern China in 2015, seeking a better life with only 700 yuan (US$101) in his pocket. He was inspired, he said, by the rags-to-riches stories portrayed in TV series and films.

He started working at a Shanghai restaurant, earning 2,300 yuan a month. He used the money to buy a smartphone to play the most popular mobile game of the time, "Honor of Kings."

The mobile game, one of the world's most profitable, was launched in November 2016 by Tencent. It features multiple-player battles and many heroes based on Chinese historical figures.

In the game world, Peng became famous for his “operation” of Guan Yu, a general in the Three Kingdoms Period (AD 220-280), and Chinese legendary female general Mulan. He became the top winner in three domestic categories within two months.

His talent was soon discovered by local professional clubs. He was recruited by Quantum Game in December 2016.

Several months later, Peng and his four team members stood in the spotlight as winners of King Pro League 2017 to the adoration of 15,000 cheering fans at the Oriental Sports Center in the Pudong New Area.

"My family and friends used to regard eSports as a plaything with no prospects, but they've changed their minds," Peng said. "My happiest moment is when my mother, who was strongly opposed to my eSports career, called to congratulate me on my first championship." 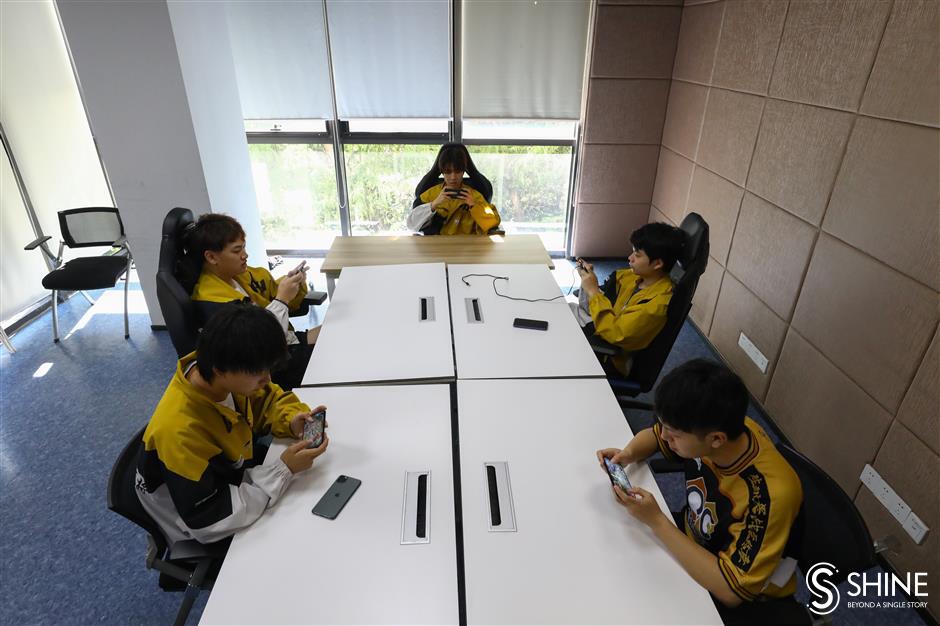 The five main players of QGhappy, which wins five KPL championships, practice together.

Under city and district policies, eSports projects, clubs and stadiums are eligible to receive subsidies of up to 4 million yuan if they meet certain standards.

Top clubs can get half of their training costs covered by the government and receive up to 500,000 yuan in subsidies every year. Talented players can live in low-cost apartments built solely for professional talent and receive education support for their children.

Peng and other young players around the age of 20 are receiving professional training at their local club based in Putuo District. It owns multiple professional teams on popular games such as "League of Legends" and "QQ Speed." The branch for the "Honor of Kings" is named QGhappy.

However, the life of the players is not always so happy. The idea that their work involves just playing video games is misguided.

The players live and train in a building tucked away on a large piece of farmland and village houses in Pudong's Zhoupu Town.

The ground floor has a canteen and an activity room, while the second floor features three training rooms for the players to practice and a conference room to discuss strategies. The fourth floor serves as a dormitory.

"The players are receiving military-style training,” said an official with the club. “They are young, with diversified backgrounds and salaries higher than others their age.”

The annual salary of top "Honor of Kings" players can reach 1 million yuan, while other players can earn reasonable sums plus rewards of the games, he said.

The King Pro League world championship in July, for instance, had an award pool of 32 million yuan, shared by the 12 top teams. 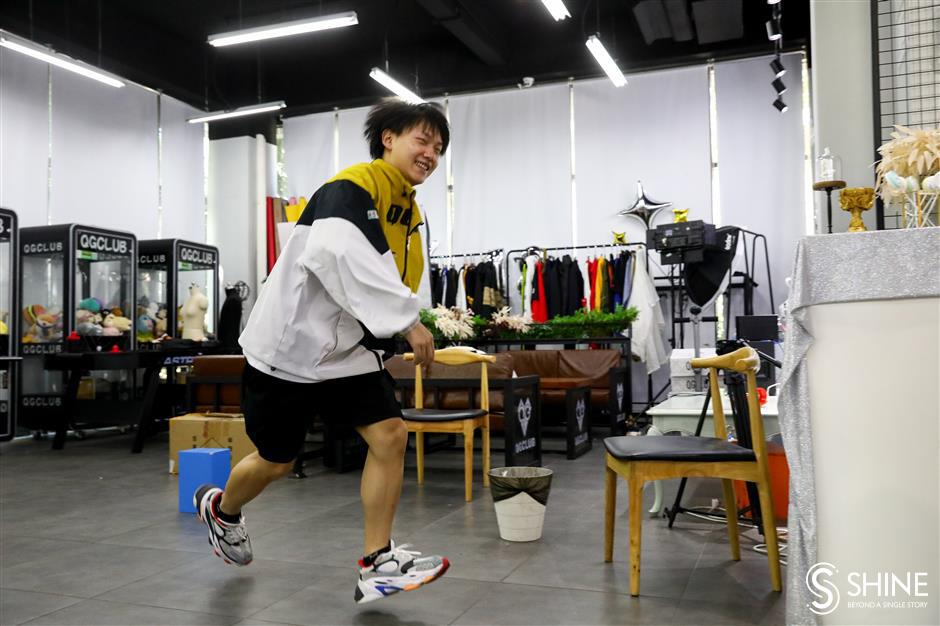 The star player Peng Yunfei shoots a short video for his social media account which has over 2 million followers.

To keep abreast of frequent game updates and study the new strategies of their competitors, the players train for up to 12 hours a day.

Peng gets up at 10:30am and plays sports for an hour just to loosen up and prepare for the fact that players often have to sit in a chair in front of a mobile phone screen for hours at a time.

After lunch, they undergo training sessions with coaches, mostly retired players. That lasts until midnight and is followed by a review and daily summary. The group disbands at 2am.

"Most of the top games are held at night, so this schedule is designed for them to reach optimum playing skill in the evening," the club official said.

Peng said he thinks this career is more demanding than most ordinary jobs.

"ESports isn’t just playing video games,” he said. “It requires talent, dedication and endurance, and long training sessions. It means coping with pressures from family, coaches, fans and yourself.”

He added, "I love the feeling of winning. That is what carries me forward. But when I suffer a defeat, the negative online comments can be overwhelming."

Although he is a school dropout made good, he cautions young people to think twice before trying to emulate him.

“It’s a decision where there’s no going back,” he said.

ESports players are usually between 16 and 22 years old. The career's “golden age” coincides with the college period. Top players can become coaches or game hosts when they pass their peak, but others have to seek work in mainstream businesses. No college degree makes that more difficult. 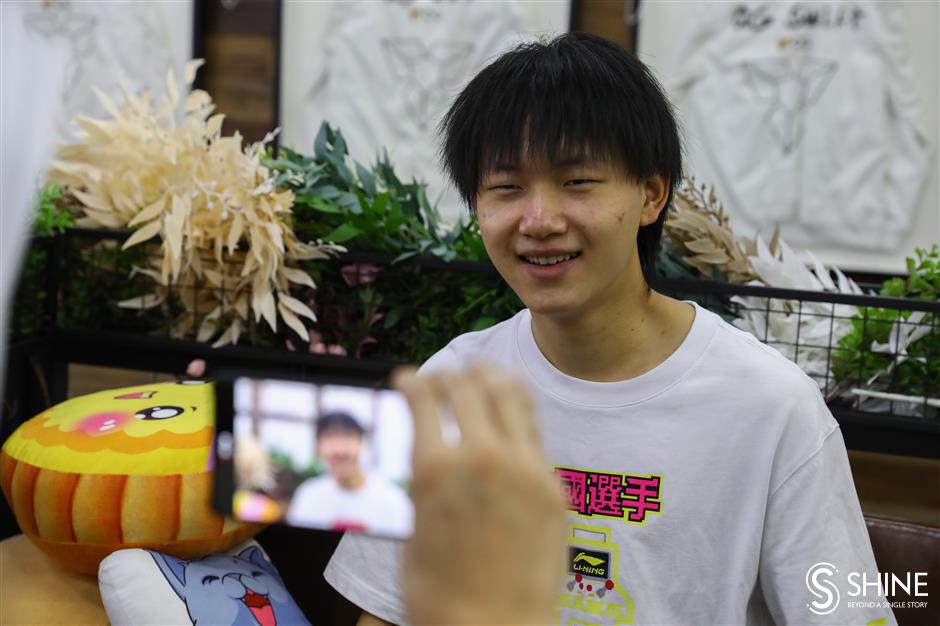 After retiring as chief coach of QGhappy, Guo Jiayi, 24, was at loose ends about his life.

He served as a livestreaming host from home for a stretch. He spent long hours sitting in front of a computer, explaining games to online audiences and showing them how to improve their skills.

Guo, better known for his game ID "Gemini," went to Beijing to start his professional eSports career in 2013, when he was 17 years old.

"I earned 2,000 yuan a month then and lived in a crowded dorm with other players like me," Guo recalled.

But when he retired from eSports, he realized he needed some formal education. So he enrolled as a business administration major at the Beijing University of Posts and Telecommunications.

"Though I have yet to decide my future career, there are so many more possibilities now," Guo said.

Multiple Chinese universities, including Shanghai University of Sport, have created majors in eSports to help players earn a college degree.

Peng has enrolled in Guangzhou Sport University and spends his limited leisure time in online classes.

ESports players are now also allowed to obtain the same registration as professional athletes in Shanghai. About 250 top video game players have received such certification since 2019. Some of the certificates were presented to them by local Olympic gold medal winners, like table tennis player Wang Liqin and diver Wu Minxia.

With traditional sports activities curtailed by the novel coronavirus outbreak, Shanghai authorities have reaffirmed the city’s commitment to developing eSports.

While the Euro Cup and Tokyo Olympics had to be delayed due to COVID-19, League of Legends Pro League and King Pro League are holding events as scheduled in Shanghai.

The value of Shanghai's eSports sector is expected to reach 19 billion yuan this year, according to the Shanghai eSports Association.

Among the most popular eSports venues, the IMBA eSports center is the first facility of its kind to open in a city shopping complex. It hosts both top-level competitions and amateur games at the Global Harbor Mall in Putuo District.

Elsewhere in the city, the newly opened Electronics Sport Park is expected to host over 350 games a year. It mainly caters to players between the ages of 12 and 30. It has become a key site for King Pro League’s post-season competitions. 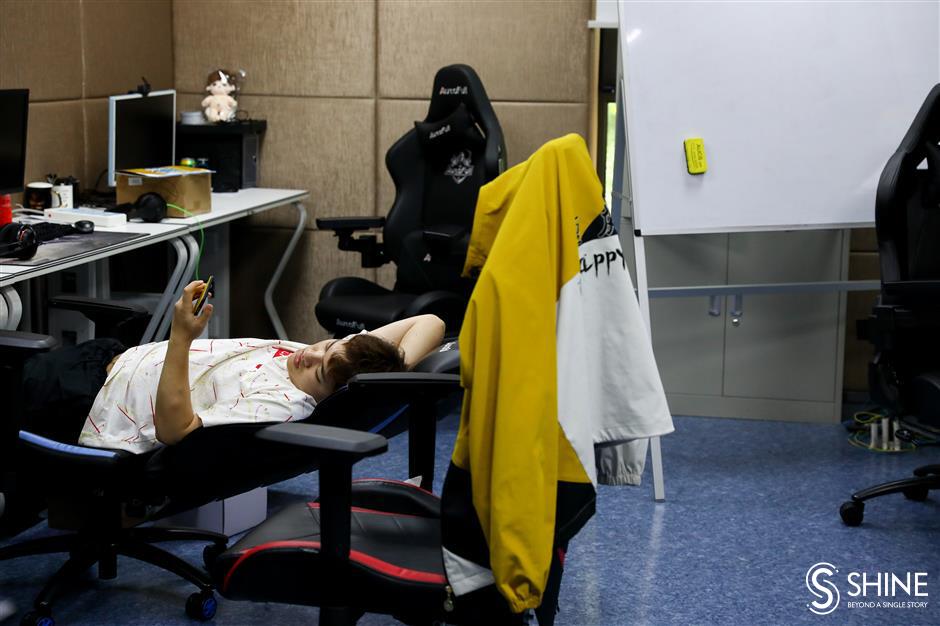 A team member of Peng Yunfei takes a rest in the training room after lunch.

The mobile game "Honor of Kings," one of the world's most profitable, features multiple-player battles and many heroes based on Chinese historical figures. 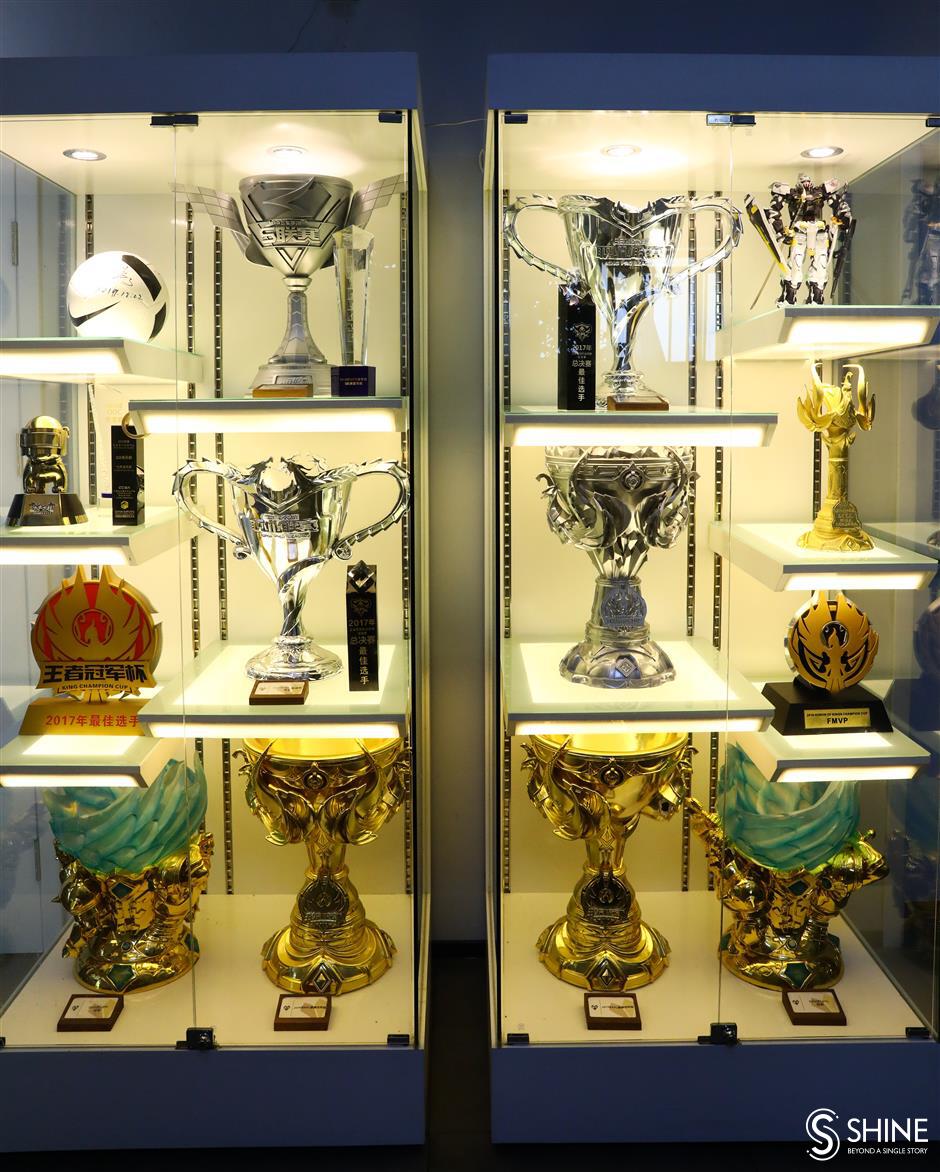 The trophies won by Peng Yunfei and his eSports club QGhappy