For the young, cyberspace lurks as a breeding ground of crime 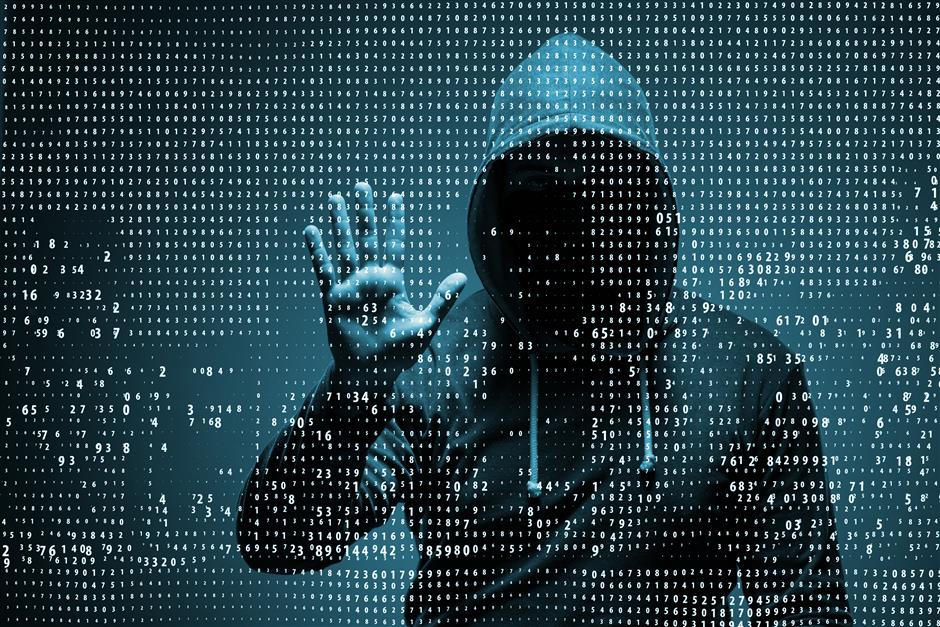 The girl, who was given the phone to do online classwork, paid more than 40,000 yuan (US$6,011) out of her mother’s bank account to a scam artist who befriended her online and told her that buying gifts for Internet celebrities was illegal. He threatened to report her and her unsuspecting mother to police if she didn’t pay up.

According to Yangpu police, the con man, surnamed Xiong, has been caught and is facing trial. The case highlights a serious risk of cybercrime in the flourishing digital era, where lurking predators stalk minors and even minors themselves perpetrate unlawful acts.

And money may not be the only loss. Some cybercrime activities actually pose a threat to victims’ lives.

The “Blue Whale Challenge” is one example. It is a nightmare to parents across the world who have lost their young children.

This dare-based social network “game” reportedly consists of a series of challenges to teens aged 10-14 over a 50-day period. It all starts out fairly innocuously, but gradually the game introduces elements of self-harm. The final challenge requires the player to commit suicide.

A few teenagers in China who played the game have done just that.

Le Le came from a deprived background. Her mother, a single parent, was diagnosed with cancer, and when she did remarry, her husband suffered a stroke. The family was forced to live on charity.

According to the Sunshine Center, Le Le’s mother often scolded the girl. At school, the girl didn’t have friends and was the victim of bullying.

Le Le stopped going to school and suffered from manic depression, expressing morbid thoughts in a QQ social media group. One of the group members introduced her to the “Blue Whale Challenge.”

They lack communication with their parents, who never know what they are doing. Their sense of recognition is derived from the Internet — from members of forums and chat groups.

Fortunately, her mother cottoned on to what was happening and reported it to police. The online instigator still tried to create bad blood between the girl and her mother, but his inducements failed this time.

The youth affairs center is well aware of cybercrime and its effects. It handles both young victims and young perpetrators.

“For those involved in these crimes, we try to intercede and look for the root causes, and restore their interactions with society,” said Zhang Jinyu, who works at the center. “If it’s the lack of family love and care, we give social support. If it’s a lack of law sense, we offer legal education.”

He added, “Many perpetrators have similar backgrounds. For instance, family tragedies or guardianship issues. The effects may not show up at the beginning, but over time, they inflate like a balloon that eventually bursts with a bang.”

That therapy is a form of psychological treatment that aims to “correct” harmful ways of thinking often based on learned patterns. It seeks to get people to recognize distortions in their thinking.

Chen Ya, a prosecutor with the Xuhui District People’s Procuratorate, said one of her cases involved a teenage hacker.

“He was about 17 and from the Ningxia Hui Autonomous Region,” she said. “He was on probation for destroying a computer information network. He had deals with overseas gambling websites and broke into the domain names of websites with large numbers of hits. Then he replaced the domain names with those of the gambling sites.”

When a local website fell victim to the scam, Shanghai police started tracing the boy. He was sentenced by a court last year.

Chen said many minors involved in cybercrime are youth that have become obsessed by the Internet.

“They lack communication with their parents, who never know what they are doing,” said Chen. “Their sense of recognition is derived from the Internet — from members of forums and chat groups.”

Sometimes the crimes they commit are due to their herd instinct. 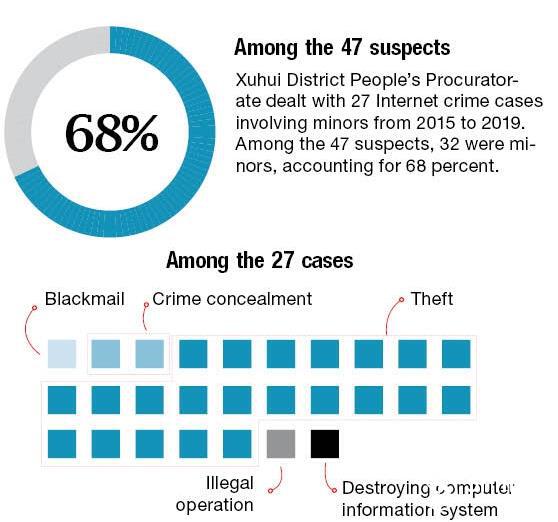 In one case cited by Chen, local financial platform Nonobank had a system bug noticed by a hacker. In 2017, a way of stealing money from the platform spread through some chat groups, and nearly 100 people across the country were transferring money to their bank accounts without it showing as missing.

About 80 minors were involved in the scam.

“These minors are not mature enough to judge whether it’s right or wrong,” Chen said.

“They just follow others. It boils down to whether they find healthy or unhealthy contacts online.”

In August 2020, the procuratorate issued a whitepaper on cybercrime involving minors. It said between 2015 and 2019, prosecutors in Xuhui District had 27 cases involving 47 minors. Nearly 70 percent of these minors were offenders.

Chen told Shanghai Daily advice was sent to Internet and game companies to improve their “barriers” against teenage online addiction. At the same time, prosecutors are working with the other authorities in the district on the prevention and control of such crimes.

Chen said that effort needs to be broadened and more government attention is required.

Zhang Shangen, an associate professor at the Shanghai University of Political Science and Law, told Shanghai Daily that currently, about 2 percent of offenders are minors and cybercrime accounts for some 10 percent of cases.

He said that cyberspace often makes perpetrators feel safe and hidden from view.

“Young people get addicted to the Internet, where they can be exposed to harmful influences,” he said. “Many have low educational backgrounds and poor relationships with their parents.”

Tackling the problem requires the efforts of family, schools, companies and society at large, Zhang explained.

“Parents need to improve their understanding of the Internet and monitor the time their children spend online,” he said. “When addiction appears, they need to intercede, with the help of schools or social workers.”

A new revision in the Law on the Protection of Minors, which includes a chapter on minors on the Internet, will take effect on June 1, Children’s Day.

It stipulates the establishment of an identity-authentication system for young people 17 years and younger who play online games, and clarifies how long they should have access to such games every day.

The revisions require online services providers to upgrade their management of users and their information. Any illegal information or crimes targeting minors must be addressed quickly.

Online providers who continue practices that foster Internet addiction among minors or allow online bullying are subject to legal penalties.

China has about 175 million Internet users under the age of 18, which makes online activities accessible to an estimated 90 percent of minors.

Last October, China revised the law to strengthen the protection of minors in cyberspace, requiring Internet providers to bar certain products to minors and ban services that induce addiction.

Yao Jianlong, head of the Shanghai Academy of Social Sciences’ Institute of Law, said he thinks that the revised law clarifies what behavior and information is banned. At the same time, he said, it respects minors’ rights online and safeguards them from harmful information.

In recent years, China has issued several laws related to the protection of minors online, including the Cyber Security Law and Electronic Commerce Law. The Cyberspace Administration of China has released guidelines to protect the personal information of children, while other government departments have imposed regulations on online games, online performances, video programs for minors and the prevention of Internet addiction.

Real-name registration and time limits also have been applied. More than 50 online platforms, including major domestic livestreaming and short video sites, have adopted their own codes to ensure a healthy cyberspace for teenagers.

According to Zhao Hongzhi who works with the CyberSecurity Association of China, Internet service providers must bear more social responsibility in protecting the younger generation online.