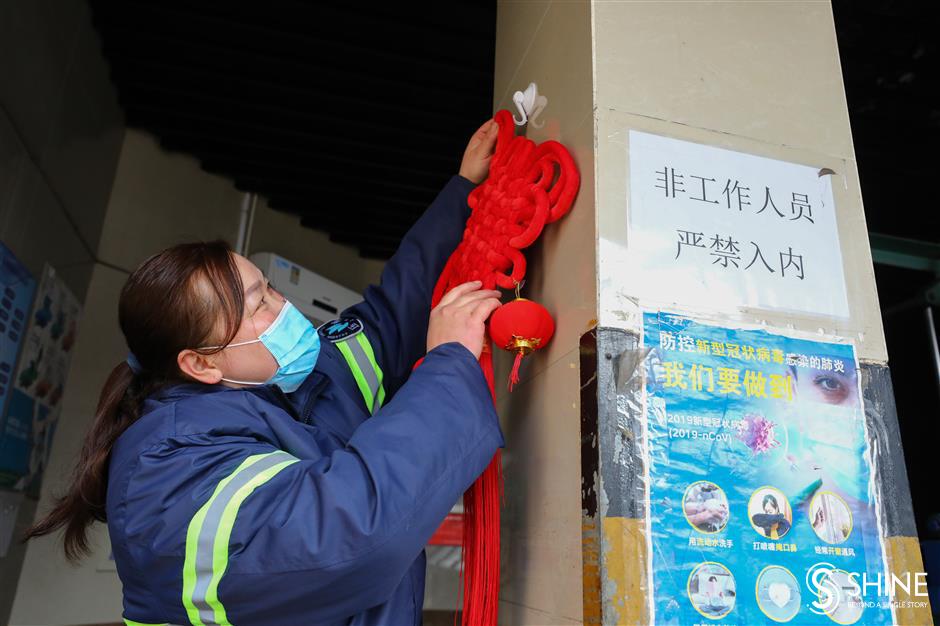 Zhu Haiying puts a Chinese knot high at a garbage-compression station where she works in Hongkou District in celebration of the coming Chinese Lunar New Year. 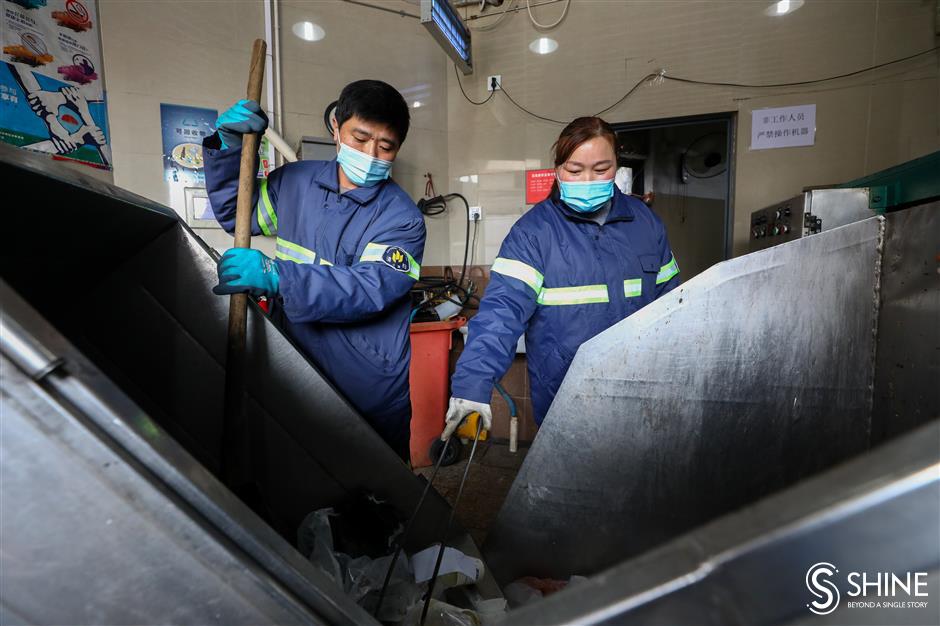 The couple at Shanghai Hongyuan Environment and Cleaning Co Ltd sort garbage at a garbage-compression station in Hongkou District.

Zhu Haiying, 37, has been a sanitation worker in Hongkou District of Shanghai since 2008. Her 68-year-old mother, who lives in Xuzhou, Jiangsu Province, had cancer surgery in August and returned home about 10 days ago following the completion of chemotherapy. Zhu's father takes care of his wife alone.

Zhu wanted to return home and join her parents for the annual Spring Festival reunion, but a recurrence of coronavirus cases in parts of China stymied those plans. Authorities have advised everyone to stay put during the most important holiday of the year.

"She was expecting me and my husband to go back home," said a tearful Zhu. "But there is a potential risk of infection, and patients are particularly vulnerable. Given the recent clusters of the virus in Huangpu District, I canceled our homecoming plans."

She phoned her mother to tell her of the decision and said her mother assured her she understood. But a phone call is not the same as a personal visit, she added with sadness.

Everywhere in Shanghai, family reunions are being disrupted for a second Lunar New Year by the pandemic. For the Chinese, the annual nianyefan, or Lunar New Year’s Eve dinner, is the most important meal of the year.

Zhu and her husband Sun Chao, who is also a sanitation worker, said they will visit their mother when the current wave of epidemic wanes.

Zhu gets up at 4am, makes breakfast for her two children, rides an e-bike to the Shanghai Hongyuan Environment & Cleaning Co and starts work at 5am.

Her job is far from easy. She cleans facilities at garbage-compression stations on Dongjiangwan and Xijiangwan roads, empties trash transported to the stations from residential complexes and shops and does some trash sorting before garbage is sent to transit stations.

Neither scorching summer heat, nor rain, nor even snow disrupts the work routine. 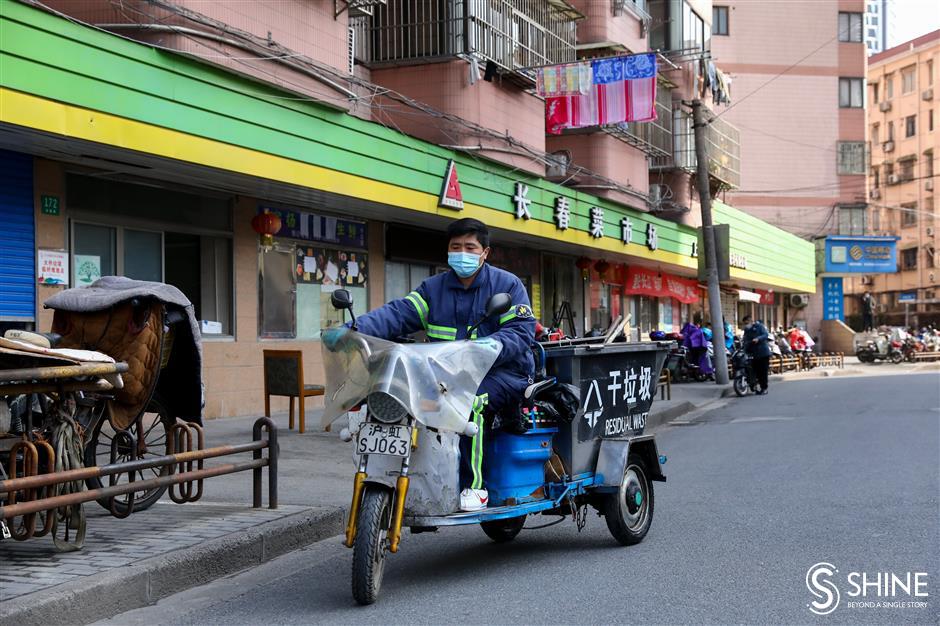 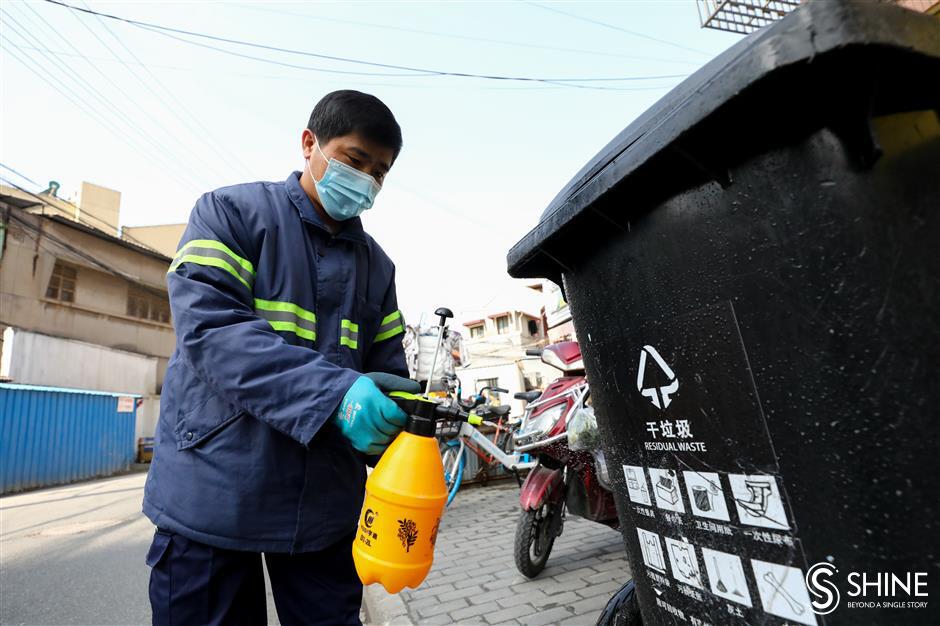 Amid the stench of sewage and the inevitable flies and mosquitoes, Zhu never complains. Due to long-time exposure to winter chill, her hands have suffered from frostbite despite wearing gloves.

"It is my duty to ensure a good environment for nearby residents," she said. “The first thing I do at work is a thorough disinfection."

Sun drives a sanitation vehicle, working a shift from 1pm to 10pm. Because of their divergent schedules, they have little time together. They work six days a week.

This year, nianyefan will be a simple affair.

"We will both work on the eve of Spring Festival, so we’ll eat together at 4pm before going to work, " said Sun.

To entertain their children, aged 15 and 9, the couple subscribed to cable TV so the kids can watch the annual China Central Television's Spring Festival Gala while waiting for their parents to return home.

Aborting Spring Festival plans isn’t new to the couple. Last year, they purchased railway tickets to travel to their hometown but had to get a refund after the coronavirus epidemic broke out.

"Before that, we returned home for the holiday almost every year," Sun said.

"We are a big family, with more than 10 people gathering for nianyefan," he told Shanghai Daily. “We make dumplings and watch the CCTV show together, which is warm and joyful. This year we are relegated to a video chat." 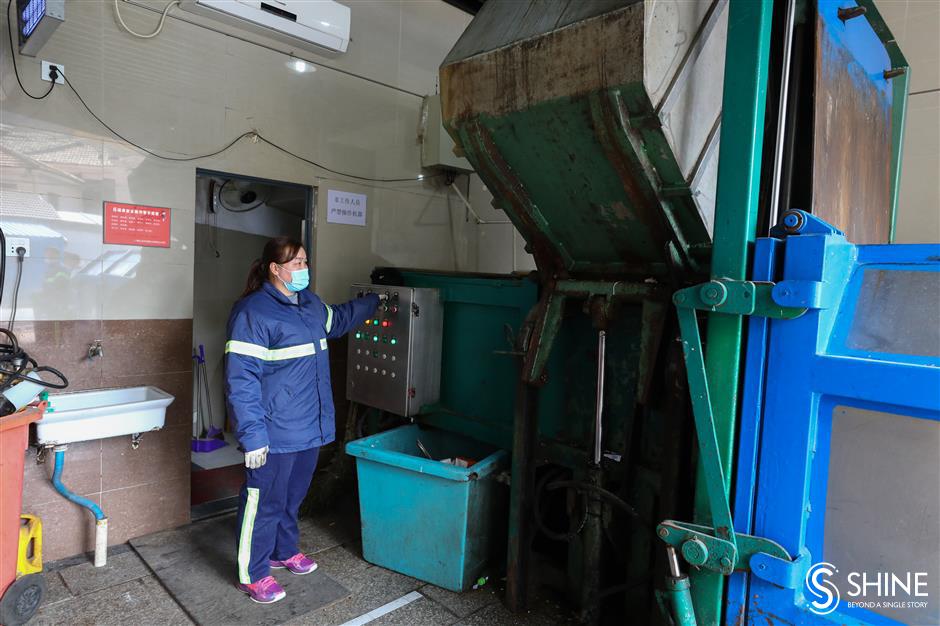 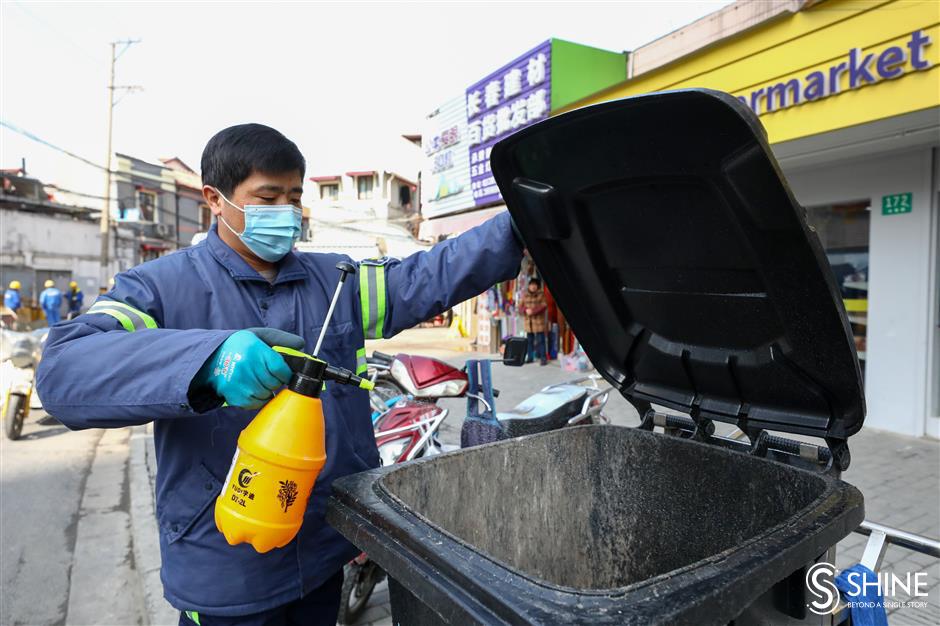 The couple will spend time with their children during the holiday.

"The amount of trash generated on New Year’s Eve has significantly decreased in recent years due to the ban on fireworks downtown," Zhu said. “And the public is showing more respect for sanitation workers, which has raised the esteem of our jobs.”

On the first day of the Lunar New Year on February 12, Zhu, her colleagues and officials of the company where she works will share a noodle breakfast to celebrate the start of the Year of the Ox.

Many of her sanitation colleagues in Hongkou have been affected by coronavirus this year.

Song Shilong, 47, who drives a garbage truck in the Liangcheng area, had to delay his son’s February 7 wedding.

A native of Shandong Province, he has been working in sanitation in Shanghai for 14 years.

"We booked the wedding banquet at a hotel in Shandong, and the invitations were sent to about 200 relatives and friends," Song told Shanghai Daily.

"The sudden recurrence of the epidemic caused us to change the plans,” he said. “It was not an easy decision, but it was necessary to prevent a large gathering. All the friends and relatives of the bride and groom expressed their understanding."

Song said his wife, who cleans public toilets in the district, cried over the decision.

The wedding banquet will be rescheduled when public health condition allows.

Song and his wife will be working throughout the holiday. Their employer will be providing subsidies to migrant workers like them, who have chosen to stay put in Shanghai for the holiday.

Shanghai has about 30,000 sanitation workers, and most are out-of-town. The majority will stay in Shanghai during the holiday.