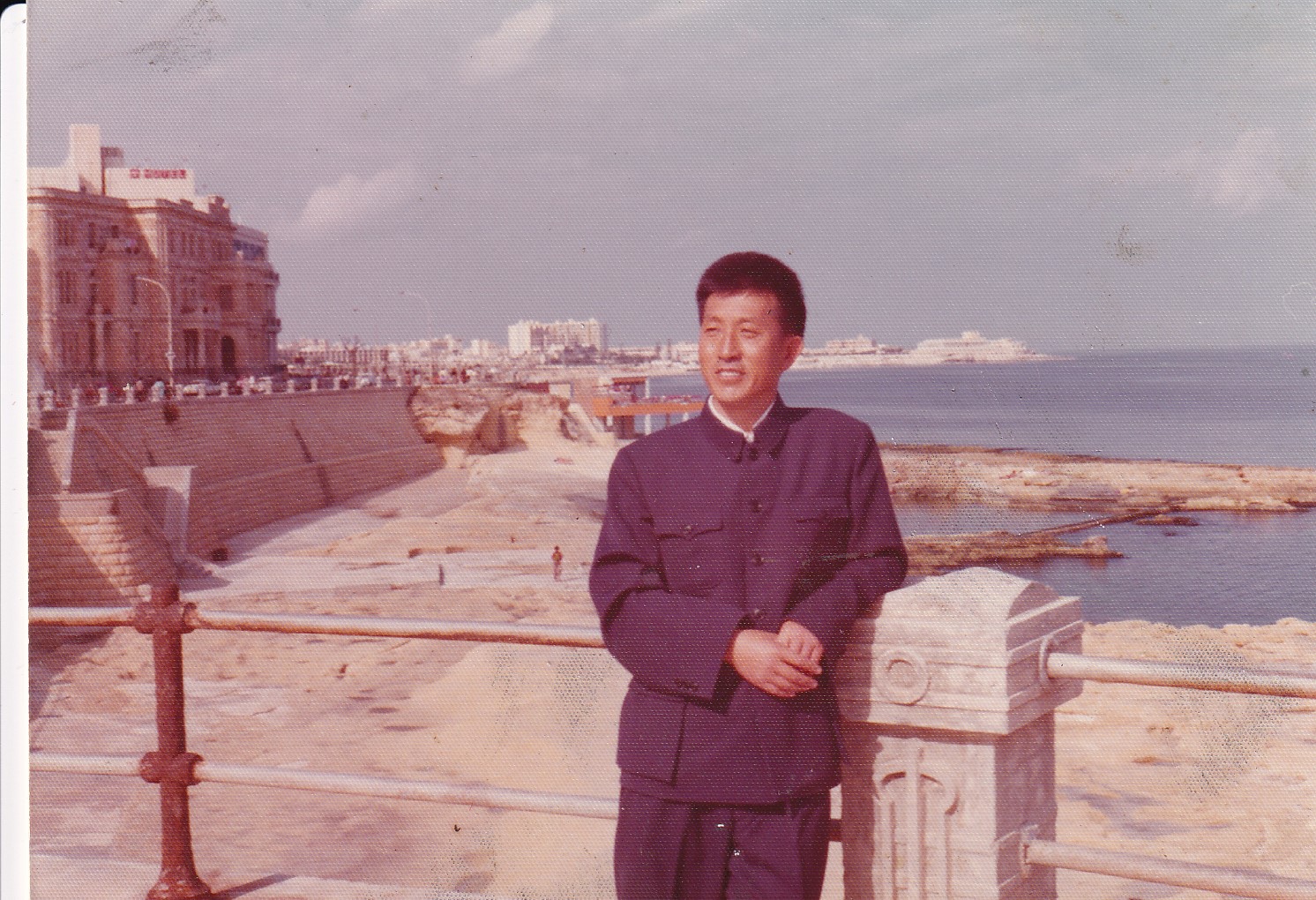 Gu Yanzhao never made it back home. He died in Malta, leaving behind his family thousands of miles away in China.

He was one of the two Chinese engineers who sacrificed their lives during the construction of the No. 6 Dry Dock in Malta's capital city of Valletta. The other was Xu Huizhong.

More than 800 Chinese experts and technicians answered the call to help Malta, including Gu from Dalian and Xu from Shanghai.

Sadly, in 1979, one year before completion of the engineering feat, they lost their lives.

Gu died of liver cancer in January. In March, Xu died in an accident, struck by a falling crane nut, during an on-site inspection. They were buried at the Addolorata Cemetery. 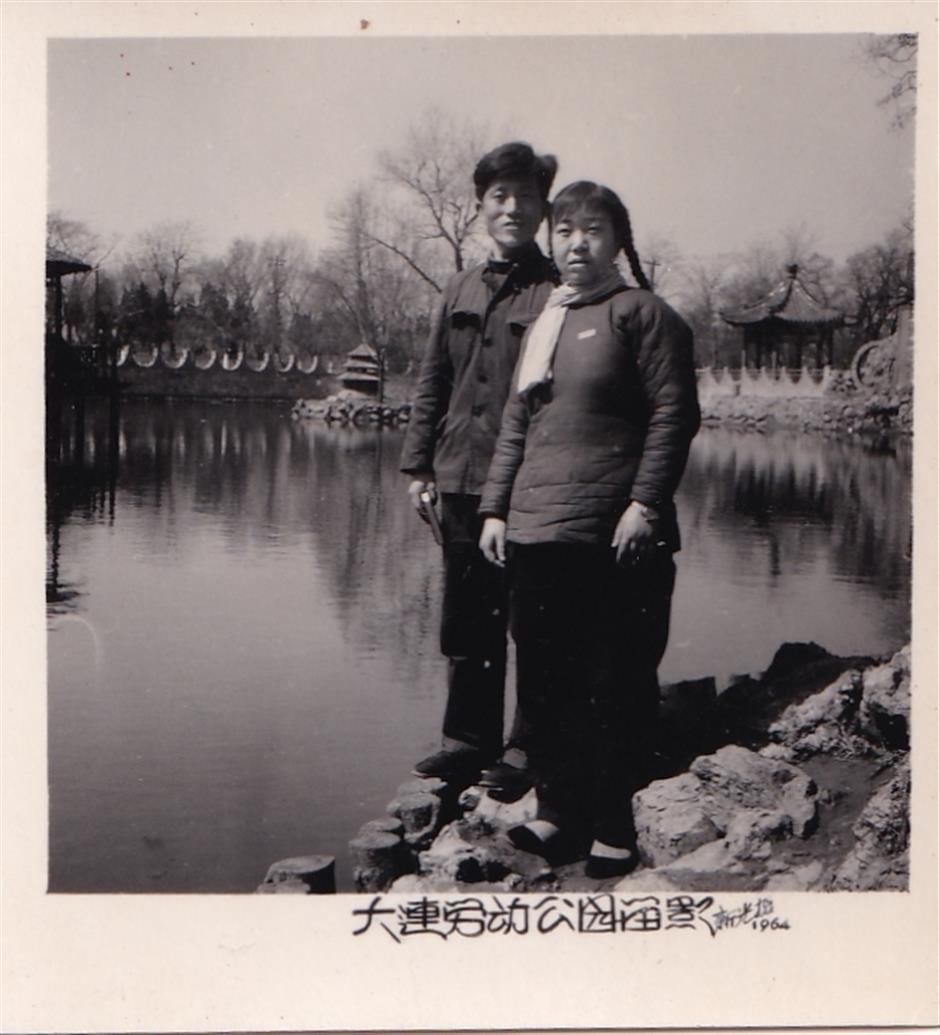 Gu Yanzhao and his wife in Dalian, Liaoning Province.

"It happened suddenly. He had been ill for a while and had booked a return ticket but he never made it back home," Gu's elder daughter Gu Liming told Shanghai Daily.

"He just died so young."

Gu was only 46 years old. He was good at basketball and volleyball but the constant work took him away in the prime of his life.

The project was beset with numerous difficulties and challenges. As deputy director, he buried himself in work.

Painstaking research and complicated formulas written across his work notes in cramped but scrupulously neat script packed an emotional punch when Gu Xiaoliang, his younger daughter, looked at his paperwork.

My father was so dedicated to his work. I just have vague memories about him. But from this perspective, I felt we were interlinked.

"My father was so dedicated to his work. I just have vague memories about him. But from this perspective, I felt we were interlinked," she told Shanghai Daily. "I'm also an engineer. But I never took such copious notes as many as my father did."

Indeed, he was practicing what he preached. In the five years he spent at the Dalian University of Technology, he kept a diary.

"We don't exist as individuals," he wrote. "We live in an organic whole in which we should care for others."

"I'm a tiger. A strong-willed man should take his courage in both hands in the face of danger."

"It's a shame to just live for yourself or your family." The family was in shock, especially his wife. She was widowed when she was only 39 and had the added responsibility of bringing up two young daughters, aged 13 and 8, then. They did not even have a family photo.

"My mother was struck by paralysis," Gu Xiaoliang noted. "She spent some time bedridden with trauma. I was sent over to relatives."

She recovered partially and passed away in June 2019.

"She was just staggering on for the sake of her two daughters," Gu Liming recalled. "All these years, we rarely mentioned our father so as not to add to her grief.

"I had been considering the idea of taking her to father's grave in Malta. But I just could not make up my mind. I was afraid that it would deal another severe blow to her."

The 300,000-ton dry dock is known affectionately in Malta as the Red China Dock.

In fact, their mother locked her memories of him away in her heart.

Gu Yanzhao went to Malta in 1974 and returned in 1976. In 1978, he set off again but never made it back. But his short return greatly delighted his family, especially his wife.

The family had to put up with much separation.

"After graduation, my mother stayed in Dalian while my father was in Qingdao," Gu Liming said.

"Over a long time, they lived separately. After strenuous efforts, my father was finally transferred to Dalian, but soon he was sent to Malta."

As he was allowed to visit his family, he brought them precious gifts.

"He had scrimped and saved to buy gifts for us," Gu Liming pointed out, including a small-screen black-and-white TV, a real luxury in China in the 1970s.

"Actually, most of my father's letters, photos and belongings were kept very well by my mother." 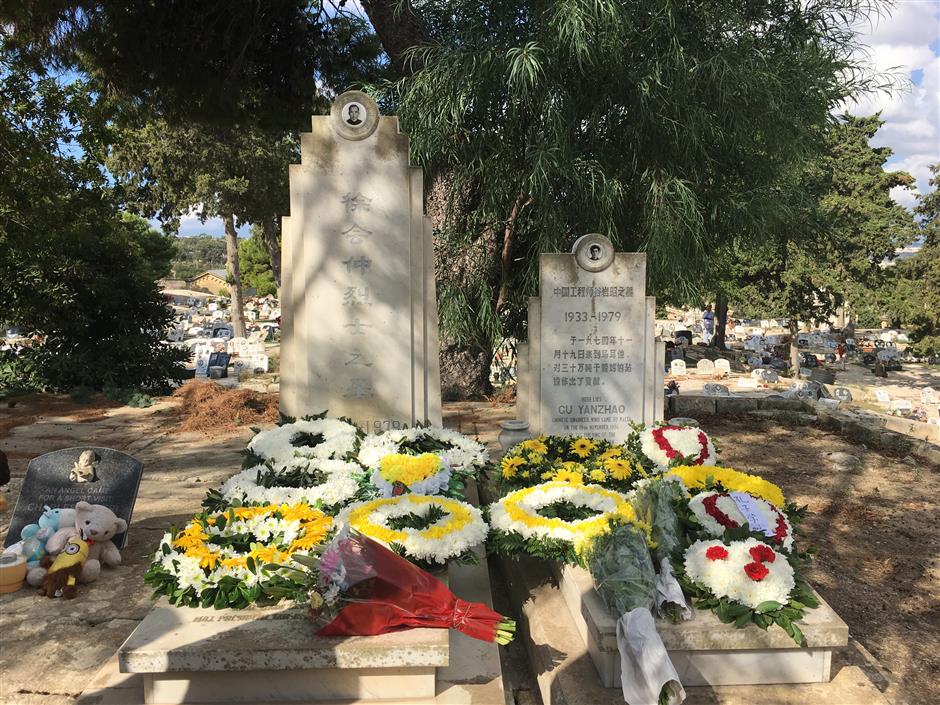 Gu Yanzhao (right) and Xu Huizhong were laid to rest at the Addolorata Cemetery in Malta.

After Gu Yanzhao's death, his brothers made a cenotaph for him next to their mother in their hometown of Weihai, Shandong Province.

However, it was not convenient for his wife and daughters to go there.

So, they burn joss paper, also known as ghost money, during the Qingming Festival, a time when Chinese people pay respects to their dead families and friends.

The mother moved to stay with her elder daughter in Toronto, Canada, in 2001.

"Her ashes are still with us. We wanted to reunite her with my father," Gu Liming stated.

"I bought two tombs for my parents here in Toronto. I hope the pandemic ends soon so that I can fly to Malta to get a handful of soil scooped from my father's grave." 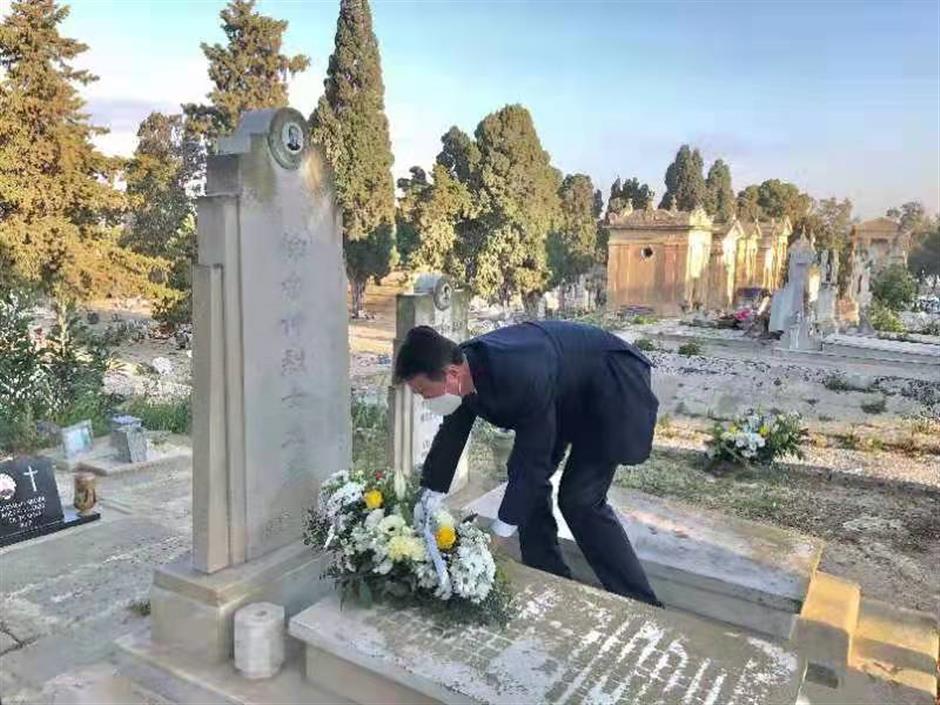 Yu Dunhai, ambassador of China to Malta, lays flowers on the graves. 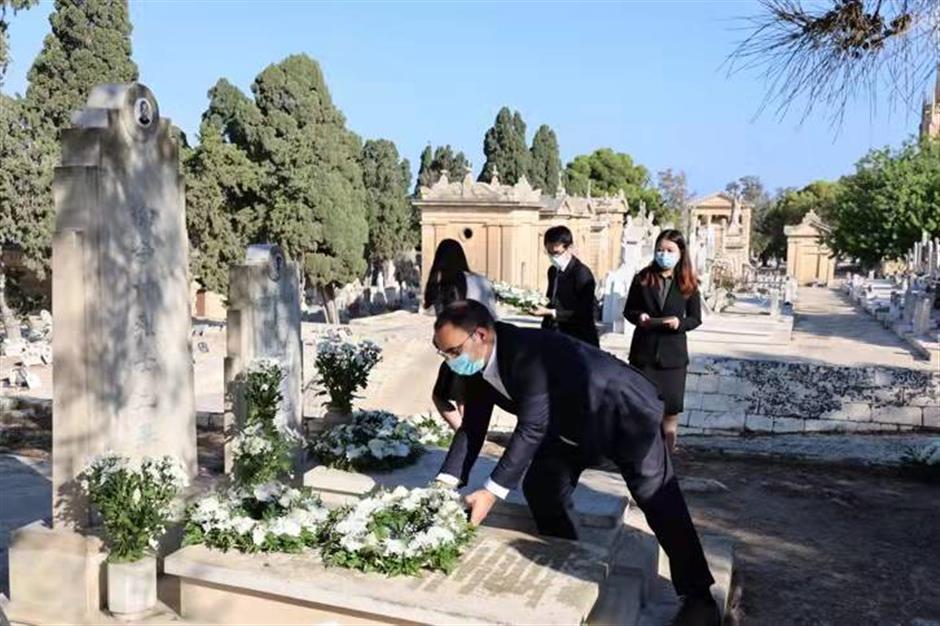 Clyde Caruana, Malta's Minister of Finance and Employment, lays flowers on the graves.

The Chinese Embassy in Malta regularly pays tribute to the two engineers every year.

Ambassador Yu Dunhai said in September that their families decided to let them rest in peace in Malta, where they had lived and worked, according to the website of Embassy of China in Malta.

"Their contributions will always be remembered," he said. "Their dedication has also inspired countless people who are committed to the friendship between our two countries."

The past decades have witnessed significant changes in the two countries. China has grown from a poor and backward country to the world's second-largest economy. And Malta, with its sustained robust growth, has become a shining pearl in the Mediterranean.

This year marks the 50th anniversary of the establishment of diplomatic ties between the two countries.

"China is ready to work with Malta to continuously promote bilateral cooperation so that the friendship between China and Malta can be passed from generation to generation," he said. "We will usher in an even brighter future for China-Malta relations."