Brian González, better known to Chinese netizens as Gong Biyang (功必扬), is putting his impeccable Chinese to good use as a "civil diplomacy ambassador" to commemorate the 50th anniversary of the formal establishment of the diplomatic relations between China and Argentina, which falls on February 19.

The 31-year-old was among the first to check out the Beijing 2022 Olympic Village, posting a video about what Games athletes can expect there.

"The beds here are very comfortable and foldable; foreigners can pay here with Visa cards, but not Mastercard; I like the relaxation area the best ..." said González in the short video, describing his experience in the village.

If you've ever watched Hubei Satellite TV's "Informal Talks," you'll be familiar with him.

After participating in "Informal Talks" in 2015, González caught the Chinese public's attention with his good looks and excellent Mandarin, and thus a big transformation of his life started. 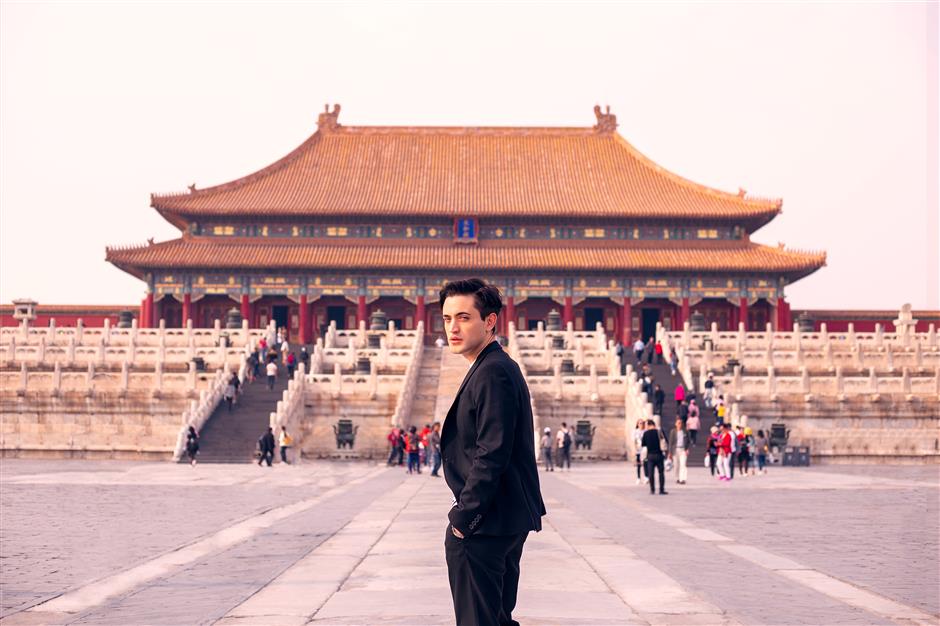 González was born in a small town in Buenos Aires with a population of only 20,000. Few people knew about China.

At the age of 15, he suddenly became interested in Chinese.

"The only contact I had with China at that time was the Chinese supermarket, and I was advised to contact the Chinese embassy in Argentina first if I wanted to learn Chinese," he recalled.

The young man demonstrated incredible talent in the language as he began learning it.

He was much better than others at the four tones of pinyin, Chinese characters, and even ancient poems. He won the international Chinese language competition "Chinese Bridge" after only five months of study. As a result, he was given the opportunity to study in China on a full scholarship.

At 18, González came to China and studied at the Beijing International Studies University.

His ability of communicating in fluent Chinese drew the attention of a TV producer, who invited him to attend "Informal Talks." In the show, young people from various countries discuss current social issues in Chinese, highlighting the differences and similarities between cultures. 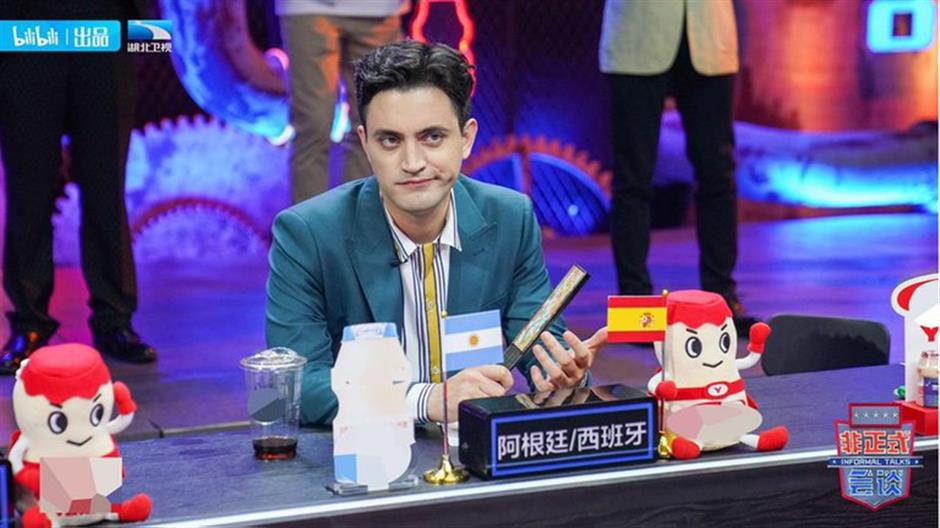 According to González, most Chinese only know about Argentina with regards to soccer, tango, wine and beef, but little else.

Therefore, as a representative for Argentina, he fully showcased the South African country, even making a type of Argentine poncho to become popular.

Many Chinese netizens left messages asking where they could buy traditional Argentine costumes, with many starting to appreciate and comprehend Argentine culture. 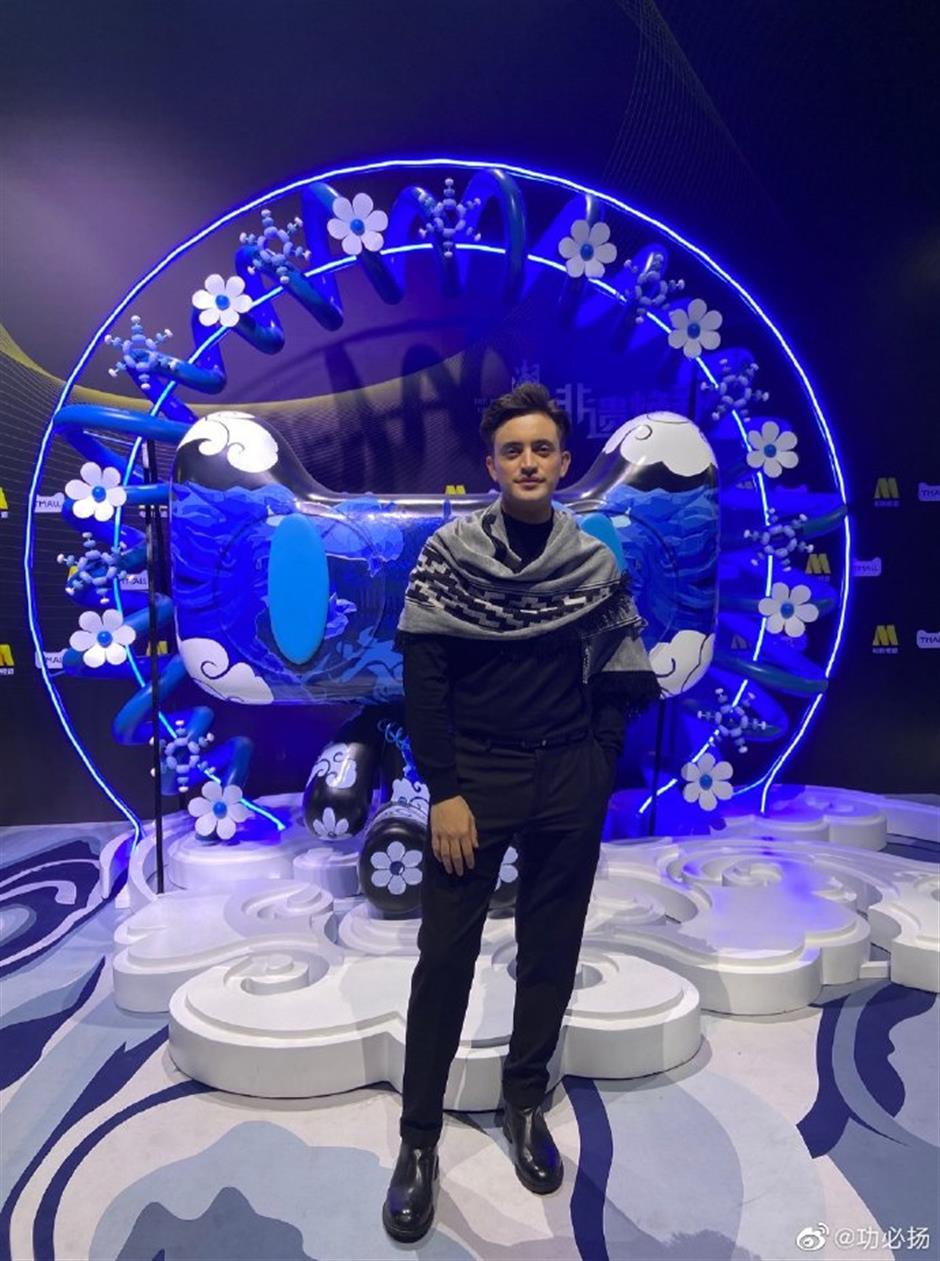 With increased exposure, González began receiving more opportunities. He was invited by the Argentine embassy in China to host events when ex-President Mauricio Macri visited China in 2017. And when Lionel Messi visited China for business promotion activities, he served as the soccer star's interpreter.

"I had the opportunity to shake hands with our country's president!" González said. "And I was next to Lionel Messi. They were complimenting my Chinese! It was incredible!"

Looking back on these experiences, González feels a chill of excitement. 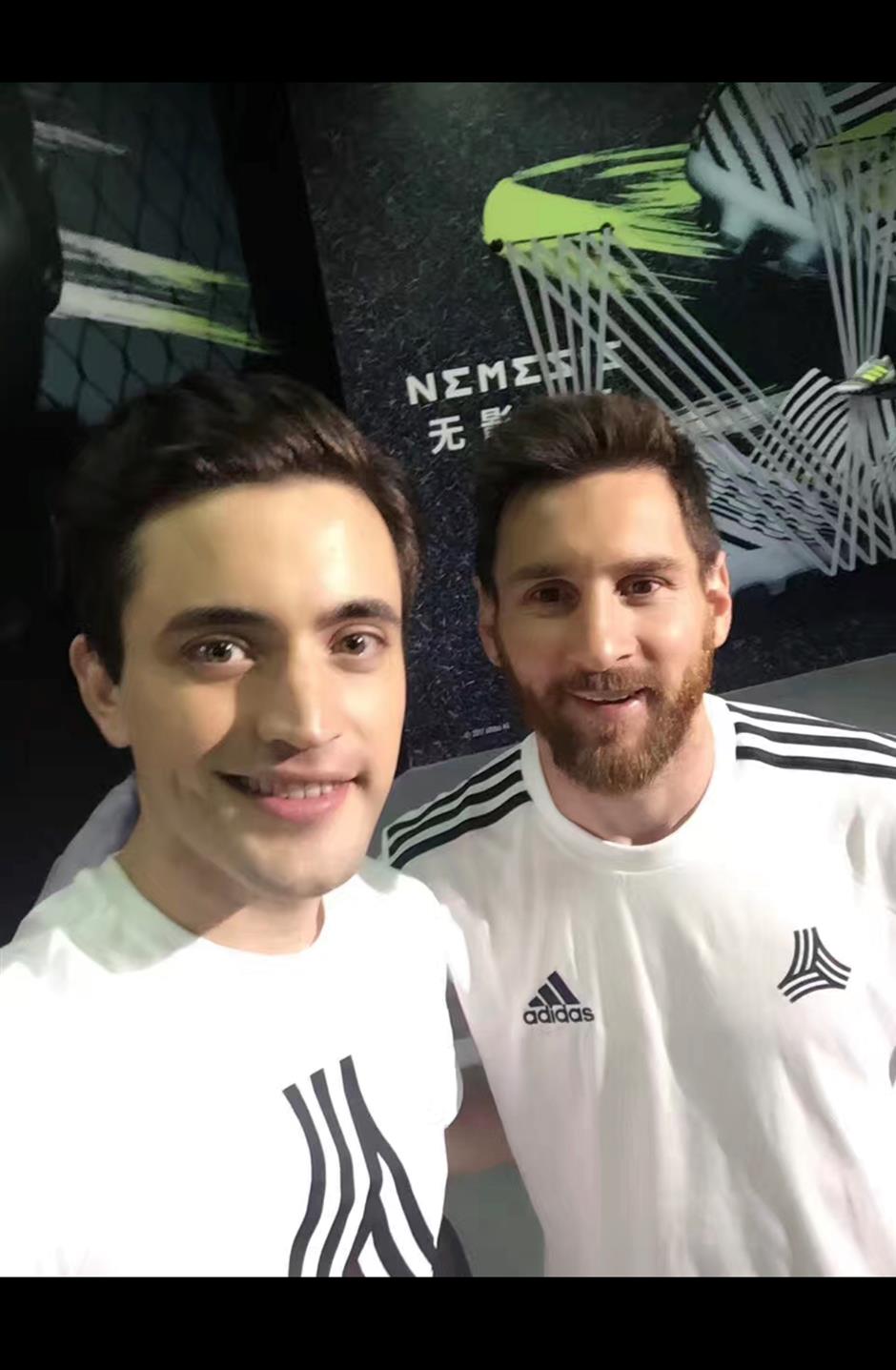 Brian González (left) acts as an interpreter for soccer star Lionel Messi while he's in China.

Recently, he was named as the ambassador of a short video contest for the 50th anniversary of the establishment of diplomatic relations between China and Argentina, and participated in other commemorative activities.

The media always describe González as "a bridge of friendship between China and Argentina," and "this star of tomorrow has gradually begun to shine his light."

"After learning Chinese for so long, I feel very honored to be able to make contributions," he stated. 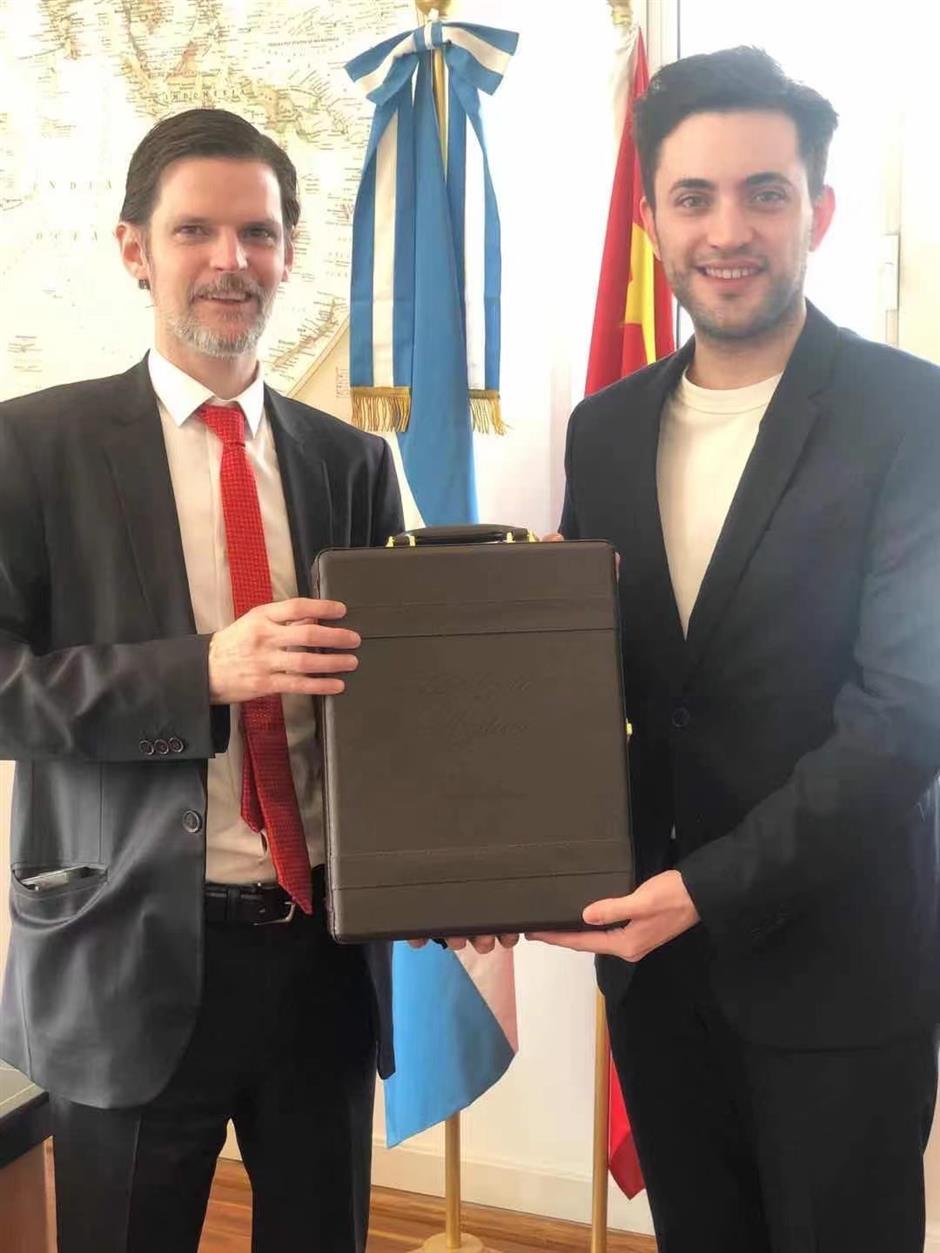 Showing the world a real China

González has been active on Chinese social media platforms, and his videos about the cultures of the two countries have attracted millions of Chinese followers.

He is also well known back home in Argentina.

González returned to Argentina for a while in March 2020. He was interviewed by Argentine TV and media, talking about China's epidemic prevention measures. He visited Chinatown in Buenos Aires and introduced Chinese elements in Argentina to the Chinese audience.

He even published an article in the famous Argentine newspaper, Clarín, to share his story and the outstanding achievements of the Communist Party of China to Argentine people.

According to González, many Argentine people still have a fairly shallow understanding of China.

"Most Westerners generally care more about the United States and Europe, but little about China," he said.

"I want to share what I've seen and heard in China from a proper perspective, to dispel some of their stereotypes and let them know what China is really like."

González has visited many places in China as a travel and food enthusiast. He has been to Xi'an, Hunan, Yunnan, Guangdong, Hainan, and even the famous Shennongjia Scenic Area in Hubei Province. 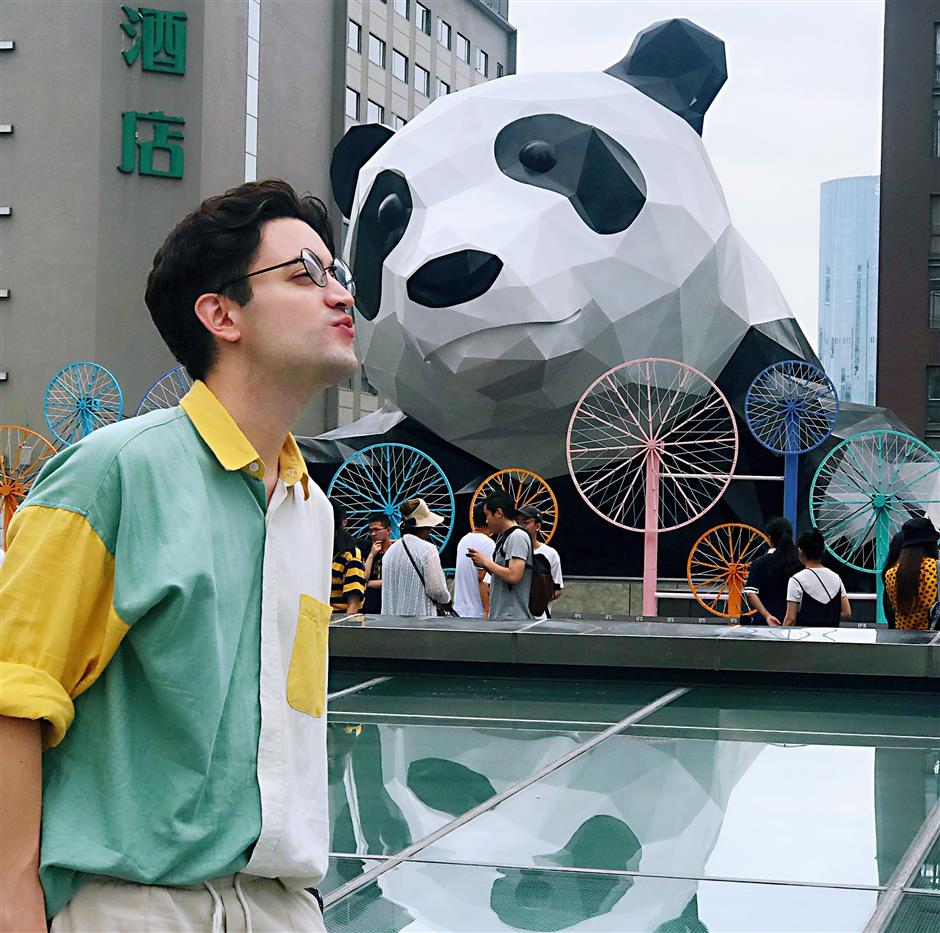 According to González, China's vast size is more akin to a continent than a country.

"The southeast and northwest are vastly different, just as you would not compare Shanghai with Xinjiang," he said. 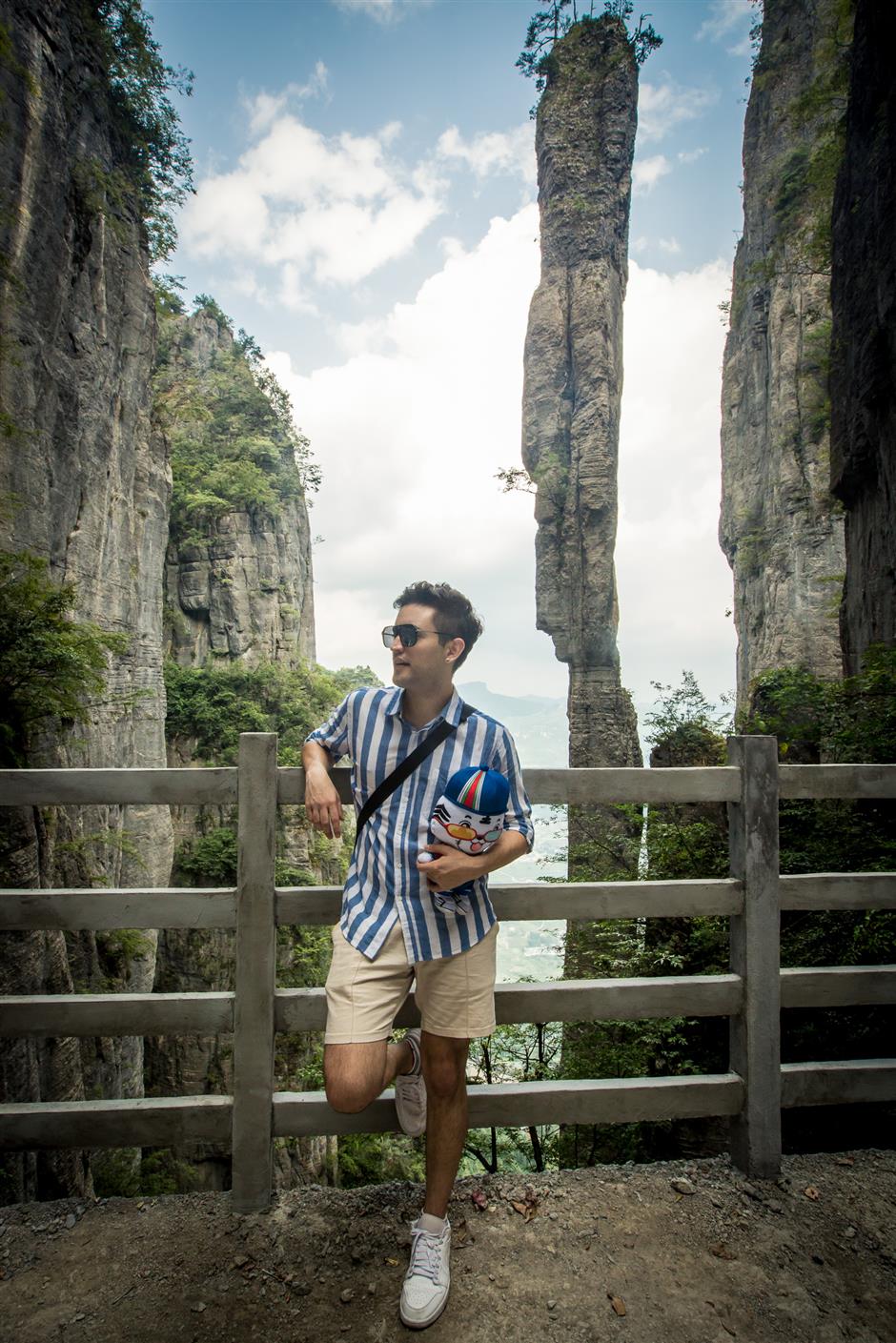 Despite his achievements in China, González says there is much more he would like to do. "Every time I receive positive feedback from people, I know I'm on the right track," he said.

Relationship between Argentina and China is becoming increasingly close, with the Beijing Winter Olympics the most recent example.

Argentina has expressed its support for from the very beginning.

The clip of Argentine ambassador to China saying in Chinese that "without the Communist Party of China, there would be no New China" went viral on the Internet. And thanks to the Belt and Road Initiative, Sino-Argentine relationship is certainly growing. 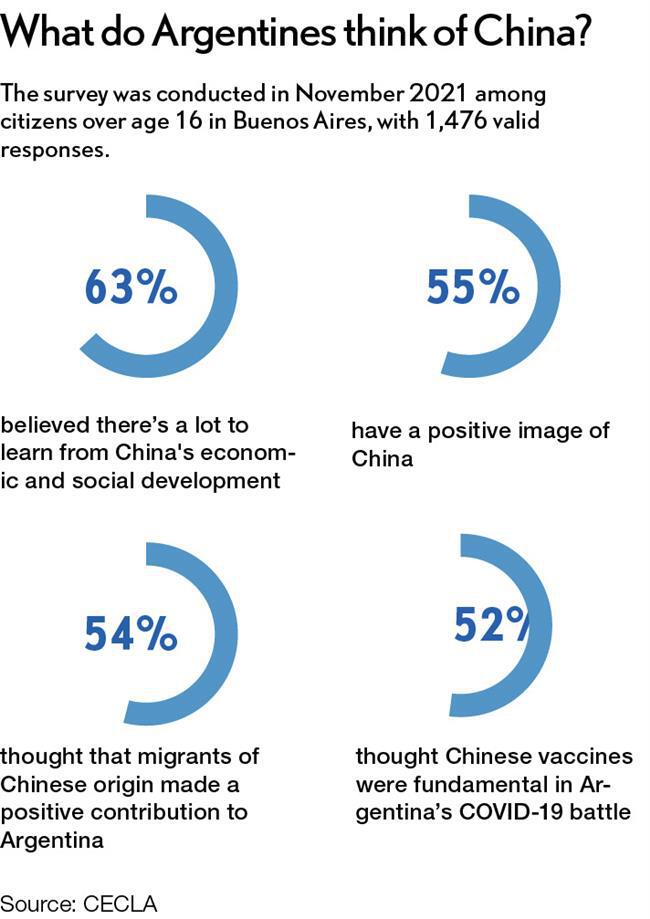