Dr Alex Sceberras Trigona recalls the big moment when he had to arrange a meeting between Malta Prime Minister Dom Mintoff and Chinese leader Deng Xiaoping in 1982 when he served as Malta's minister for foreign affairs.

China and Malta established diplomatic ties in 1972, and Sceberras Trigona was instrumental in strengthening the relationship between the two countries during his tenure as foreign minister from 1981 to 1987. He has lost track of the number of times he has visited China but thinks "it could be 30 to 40 times" at least.

He has experienced the "hospitality and big heart" of China and was involved in the documentation and negotiations of projects that China helped build in Malta. He had negotiated and concluded Malta's Neutrality Agreements in the worst years of the Cold War and has met generations of the Chinese people, from leaders to young students. He opened Malta's embassy in Beijing.

"Our friendship with China is long-standing and proven. It's not a rhetorical relationship, but also corroborated in material economic terms," the diplomat told Shanghai Daily via video interview.

"China's loans and projects helped Malta in transforming our economy from military-based to one based on peace, commerce and industry, initially starting with manufacturing. Malta gave China an opportunity to showcase its engineering capabilities to the rest of Europe and the world. It was a win-win for both sides."

As China and Malta mark the 50th anniversary of diplomatic ties, Shanghai Daily spoke to Sceberras Trigona about what the future holds for the two countries. 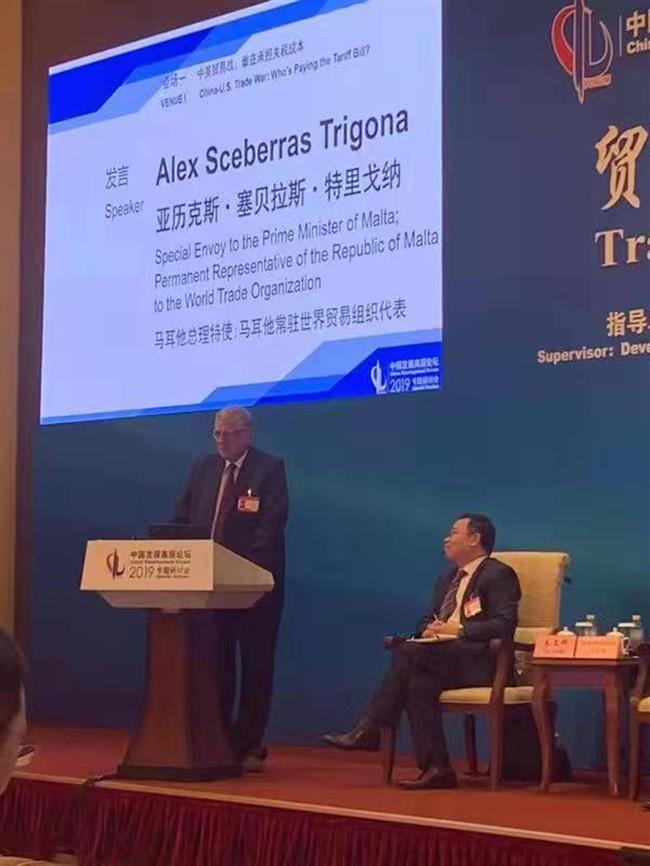 SD: What was your impression when you heard that the two countries had established diplomatic relations back in 1972? Was it a big surprise?

AST: It was a fantastic opportunity for our prime minister at that time, Dom Mintoff, to meet Mao Zedong and Zhou Enlai. They gave him the most fantastic welcome, as big as (former US president Richard) Nixon's, if not bigger.

I want to put his visit to China into perspective. He was elected in June 1971, but his government had only a one-seat majority in parliament. As a result, policy-making was difficult.

When diplomatic relations were established in January 1972, Malta cut off all relations with Taiwan. This was a major historical change for a European country.

Malta was constitutionally independent, but we still had NATO and British military bases all over the country. This was not acceptable to Mintoff. The Chinese, who had suffered from "unequal treaties" in the past, also did not like seeing countries being humiliated like that.

But the bases couldn't be closed overnight, because they employed about 25 to 30 percent of the Maltese labor force. Mintoff's plan was to close down the bases one by one over seven years, and find alternative sources of employment for them.

At the end of March 1972, he concluded the withdrawal agreement in London, announced it in parliament in Malta and immediately flew to Beijing to meet Mao and Zhou with the plan for economic transformation. They immediately appreciated what he was doing and considered it feasible.

China offered a long-term interest-free loan of 100 million yuan (US$15 million), and they would also launch projects and factories here, which created a lot of employment. The biggest project was to build a 300,000-ton dry dock for new supertankers, the Red China Dock.

I want to stress again, it was not only a long-term loan, but it was interest-free. That was very generous from a country that was rather poor at the time. Zhou even gave Mintoff a letter canceling the debt to be used just in case our economy did not take off. We paid all the debt in the 80s. This is something we cherish and appreciate.

Zhou even offered Mintoff a letter canceling the debt to be used just in case our economy did not take off.

SD: The Western media were skeptical, saying the poor and inexperienced Chinese would fail to deliver the projects.

AST: The Western press was appalled by Mintoff's visit to China. In the 1972-1979 Anglo Maltese Agreement they had only prohibited Malta from granting military facilities to Warsaw Pact members. The Western press was critical because they failed to see it coming. Not only did they talk about China's inexperience, but also suspected it was a Chinese military base.

But everybody could see the Chinese cutting the rock and constructing the dock.

I remember going to some media offices in New York and Washington, because they were saying there were 10,000 Chinese military personnel hidden in Malta.

The press wanted to create opposition and suspicion. They also tried to scare Maltese people by saying that if we are going to be close to China, we will only be eating rice and wearing gray uniforms. No more color… The stupidity of such criticism! 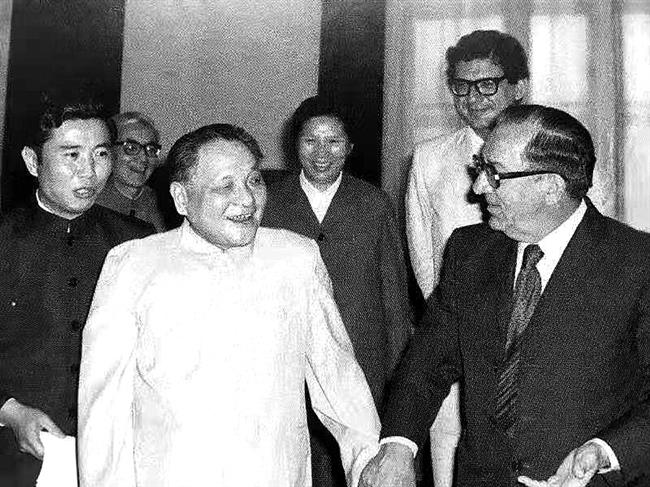 SD: Did it ever occur to you that China might fail the project?

AST: No. Before I became foreign minister, I was a law student and an Oxford University scholar. In the Labour Party I was the international secretary from 1976. So I was assisting with a lot of background documentation for the Red China Dock. When the dock opened in 1981, it was greatly welcomed here.

Shortly after I took office, I organized the meeting between Mintoff and Deng in 1982, during which I managed to conclude the agreement for another major project – the Marsaxlokk Freeport in the south of Malta.

The big port didn't have a breakwater, without which ships could not dock in rough seas. We wanted to develop a second port in Malta, but we didn't have the technology to build a breakwater.

Today, we have a huge Freeport Container Terminal operating, handling nearly 2 million TEU (Twenty-foot Equivalent Unit) a year. It created employment in a totally new area. It was also a very good global advertisement for CHEC, which was new at the time. Now they are carrying out marine engineering projects all over the world.

SD: What are your thoughts on the growth of bilateral relationships in the post-pandemic period and tensions between China and the EU?

AST: We will strive to minimize the tensions as much as we can. We are a very small country with limited diplomatic staffing, but our hearts are big. We always try and push for peace, reduce the tensions and increase the confidence required for the peaceful resolution of disputes. This is very important for people. We need people-oriented diplomacy.

We can still develop not only better cultural relations, but also improve our infrastructure relations. We are speaking of material joint action, instead of a communique, saying how friendly we are to each other. We have electric plants at Enemalta with minority shareholding from Shanghai Electric Power. Such efforts benefit both sides.

SD: When was the last time you visited China? And what is your impression of the younger generation of Chinese?

AST: Before COVID … about two years ago. Over the years, I have been invited to give lectures on international trade, international economics and international politics by various Chinese institutions, such as China Foreign Affairs University and Chinese People's Institute for Foreign Affairs. It was great fun to meet the younger generation of Chinese, who are very bright and go-getters.