Shanghai 'one of the most dynamic beauty markets worldwide' 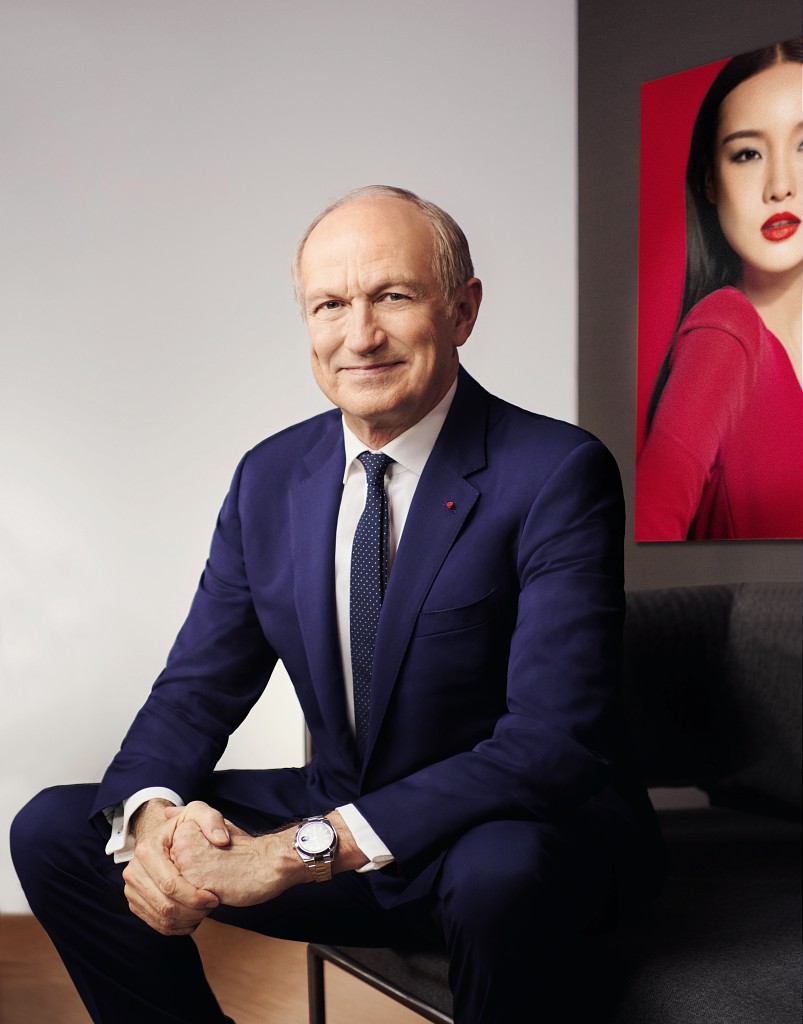 The chairman of L'Oréal Group, Jean-Paul Agon, said he's looking forward to joining hands with Shanghai to make beauty a golden key to building the city into an international consumption center.

He made the remarks after being awarded an Honorary Citizen of Shanghai.

Agon joined L'Oréal 43 years ago and his story with Shanghai began in 1997 when he was entrusted with exploring the China market as L'Oréal Asia president.

At that time, he was visionary enough to foresee the potential of Shanghai to become a leading city to develop a headquarters economy and established the group's China headquarters.

"Shanghai has been dear to my heart since the first day I came in 1997, and I considered the city to be a part of my life and my second hometown for nearly 25 years," Agon said.

He was later appointed chairman and CEO of the group in 2011 and kept returning to Shanghai with at least two visits each year before the pandemic.

"I was impressed how government officials would visit multinationals' local branches and offered to solve problems and help expand business," he recalled.

L'Oréal began with a tiny office and about two dozen staff and has grown to become a beauty and personal-care giant with footprints all over China.

He liked to take a stroll in Shanghai streets in leisure time to feel the city's changing landscape.

"I also enjoyed interacting with young college students to learn about their ideas which represent the vitality and enthusiasm of China's future," he said.

Having witnessed Shanghai becoming a leading city in the business world, Agon said he increasingly felt it was the best decision to settle here "to develop our business in China."

This has proved to be fruitful as L'Oréal holds a portfolio of 28 leading brands and is a champion of the Chinese beauty market, the second-largest for the group worldwide.

"Shanghai is like a boundless ocean where all fish can flourish," he added.

"It is one of our most dynamic beauty markets worldwide," he noted.

The setting up of the North Asia Zone is intended to accelerate the coordinated development of the beauty industry, enable additional growth for markets with distinctive commonalities and unique competitive advantages, and boost innovation.

This will certainly benefit consumers of Shanghai and bring more opportunities to the city, Agon said.

"Shanghai is a world-class business consumption and innovation ecosystem as well as an excellent hub for multinational companies."

L'Oréal also plans to instill more momentum into the synergized growth of the region.

"We strongly believe Shanghai can leverage its unique strength in consumption by building value-based connections with consumers and partnering with stakeholders from all walks of society," he added.

Shanghai is a highly inclusive city and provides an excellent business environment for multinational companies, he noted.

Agon also helped to hold for the first time the group board meeting in Shanghai in 2018, inviting board members and investors to witness the rapid development of the city.

Under Agon's ambitious digitalization strategy, L'Oréal China has been pioneering its e-commerce business model which now accounts for around 60 percent of total revenue.

It's also one of the earliest beauty companies to start building beauty ecosystem in the city with all partners.

One initiative is the launch of the first beauty-tech startup challenge in China, in partnership with Fengxian District's Oriental Beauty Valley and Business France, to push for construction of a beauty-tech ecosystem.

It also proposed for the city to foster an industry ecosystem that benefits all parties by playing the role of planner, enabler and advocate.

"By building value-based connections with consumers and partnering with stakeholders from all walks of society, I strongly believe Shanghai can leverage its unique strength and eventually realize the vision of becoming an international consumption center," said Agon.