That's how China's younger generation is portrayed in an oven-fresh, steamy-hot report on 10 lifestyle trends by Xiaohongshu, the social media and e-commerce giant, also known as Little Red Book, that boasts more than 300 million users, 70 percent of them born after 1990. 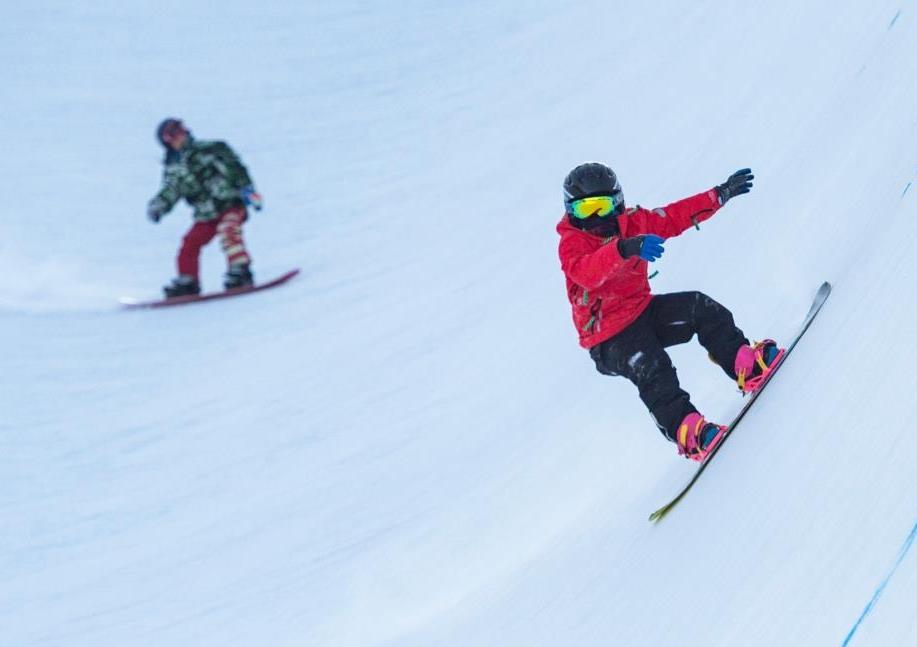 Skiers participate in a training session at Yabuli Ski Resort in Harbin, northeast China's Heilongjiang Province in January. The unparalleled enthusiasm ignited by the 2022 Winter Olympics has triggered the rapid development of China's ice and snow industry.

With the Beijing Winter Olympics in full swing, the ice craze is hot with young people. The report shows that searches for "ski tutorial" have doubled on Xiaohongshu, followed by click hunts for "how to choose ski equipment," "photo tips in the snow," and "places to ski in China."

These interest topics are not social media hype. The exclusive snow sport of skiing is broadening its base from the country's elite to the wider middle class. And it has struck a huge nerve among luxury fashion brands that are accelerating their China strategy. 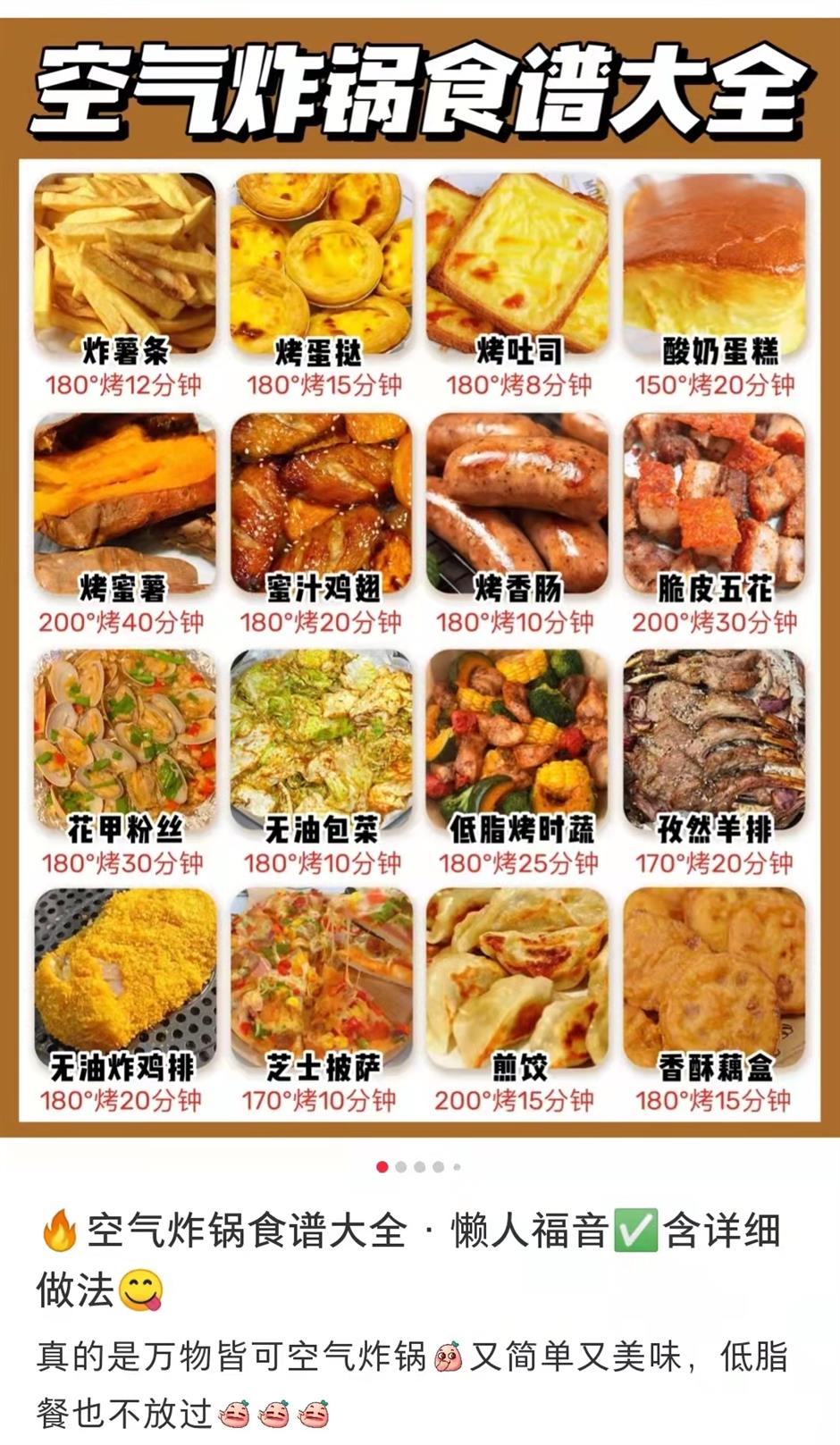 In the culinary field, the air fryer has become the biggest winner among young people. The "air fryer" was searched for about 60 million times on Xiaohongshu last year, possibly indicating the young generation's blended compromise for yummy food, health and efficiency.

A mom's post, which earned 172,000 likes, shared a total of 33 recipes using the cooker, teaching people how to make chips, banana toast, lamb chops, egg tarts, dumplings, roasted vegetables and even pet food as well as hot pot. On Xiaohongshu, there have been more than 260,000 shares on cooking tips using an air fryer and how to choose a good one.

On the big social media platform Weibo, the air fryer was pushed to the top of resou (the most searched list) three times within three months, achieving more than 420 million reads.

The cooker's sales tripled last December on Suning, one of China's largest online and offline malls for household electrical appliances, and it was also among the top five "most liked" products on JD.com, an online purchase leader, according to its Double 11 Shopping Festival report from last year.

"Easy to serve, unlike instant food and fast food, the air fryer normally involves complicated cooking skills, rich ingredients, and spices. It's a heavily-used appliance in my home," said Desmond Huang, 31, a Shanghai-based Taiwanese who started home cooking with his newly-bought air fryer. "More importantly, it serves as a quick alternative to enjoy cooking fun without losing the authentic flavors. It's an ideal choice for young consumers." 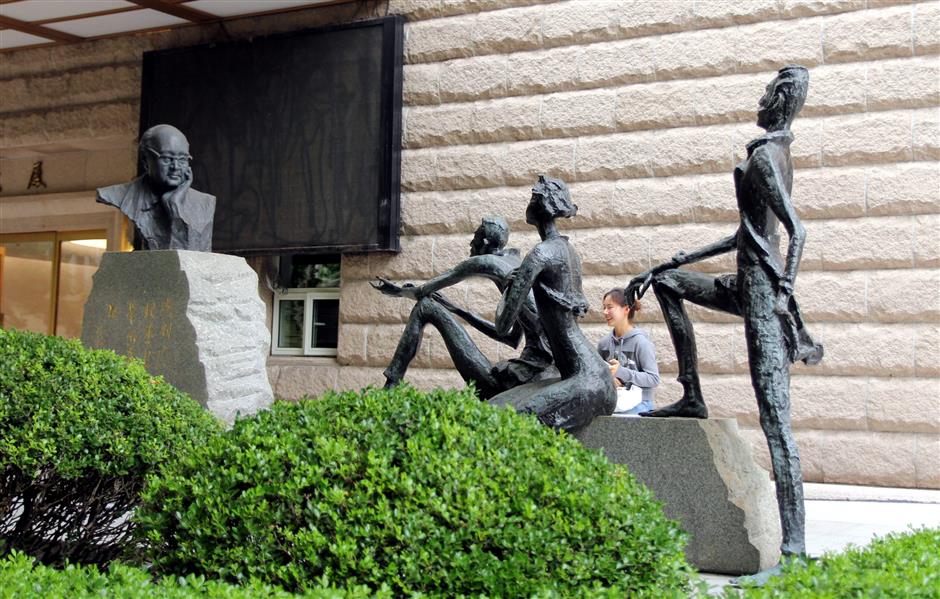 Under the "new normal" brought by the pandemic, the 2020 trend toward home fitness has expanded to city exploration. In the second half of last year, the number of shares of "city travel" on Xiaohongshu increased by eight times.

Young people have been stepping out of home to explore their city. "A place near home" - an old bookshop or a food market hidden in the back alley - is rediscovered, revisited and becomes a must-go hot spot.

The trend echoes with the rapid development of urban commercial projects over the past two years. The revival of Shanghai's Anfu Road, flanked by exquisite stores and small art galleries, and the new Tai Koo Li and TX Huaihai Mall have become new landmarks.

Take the "Tian An 1000 Trees" project opened just one month ago, and dubbed the city's Hanging Gardens of Babylon, as an example. There have been almost 4,000 shares in the form of pictures, videos and travelogues on Xiaohongshu of tours of the property's restaurants, museums, art galleries, entertainment places and nearby industrial heritage sites. 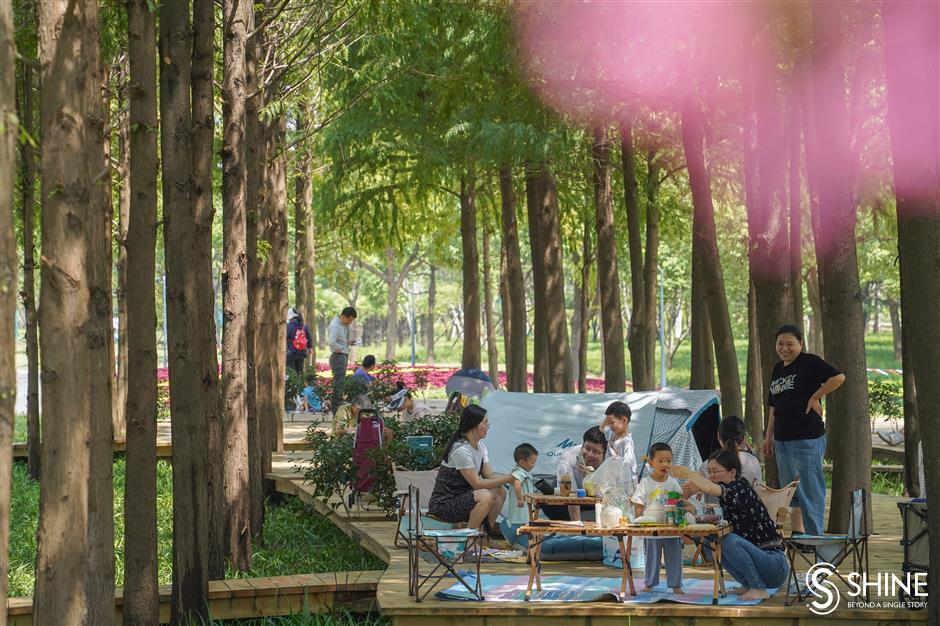 People camp on the Yaohua Waterfront Greenland in Shanghai.

The growth of China's camping industry has been running at full speed since last spring. According to ReportLinker, a researcher extracting market insight from reports and data, the market will reach US$15.9 million by 2027 with a compound annual growth rate of 9.1 percent and is attracting many investors looking for a piece of the action.

"A big reason is people's craving for nature and outdoor activities in the post-pandemic era," said event planner Pan Jiawei. "Especially for young people born after 1995, they like to splash out on fashion and quality of life."

The camping craze has also driven sales of related products, such as Frisbees, portable stereos, cooking grills, camp stoves and board game equipment. 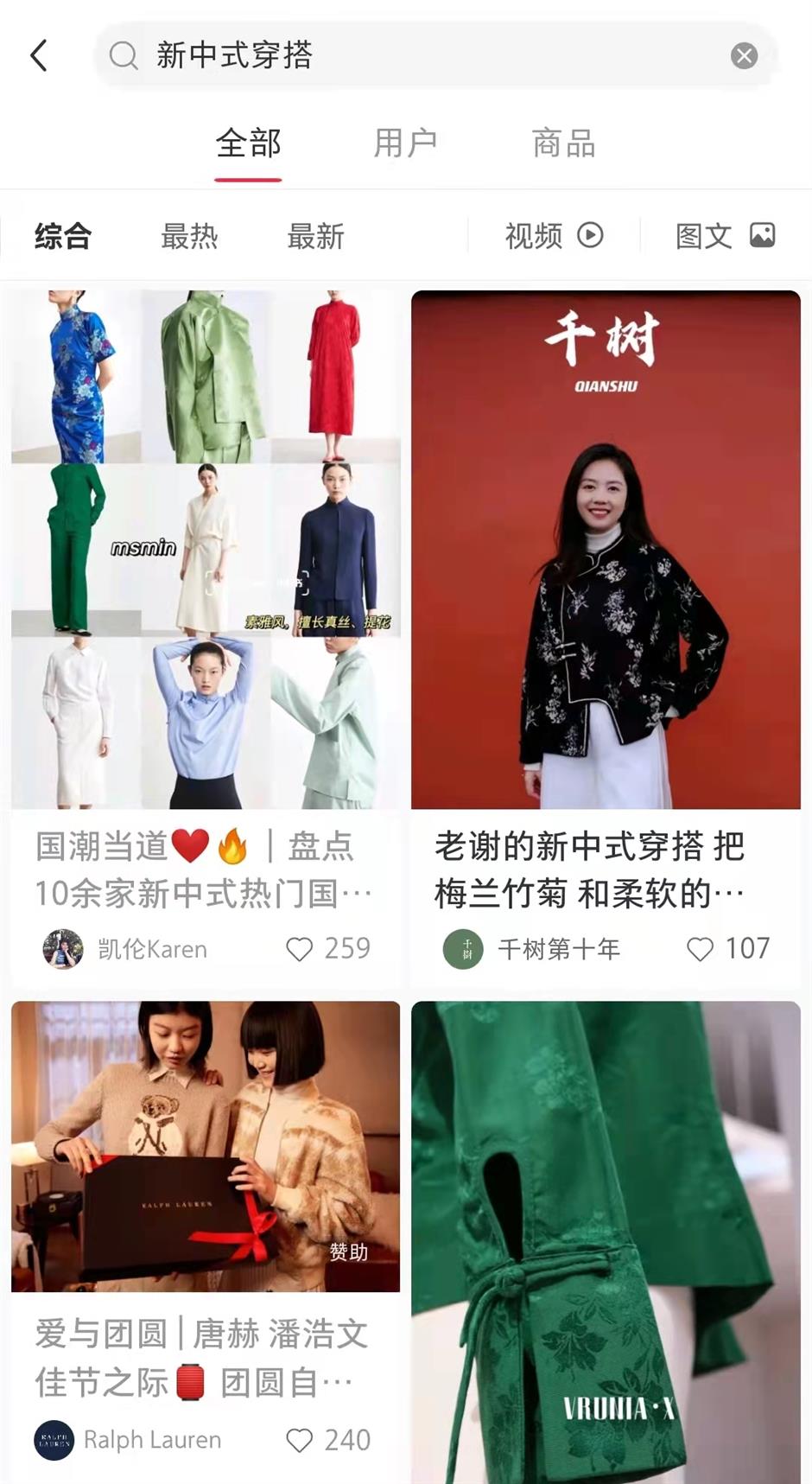 In the fashion field, "New Chinese style" has taken up the baton from last year's "Chinese nostalgic" trend, gradually turning from the simple mix of Chinese elements to a more complicated design language. In the second half of last year, the shares of "New Chinese Style" on Xiaohongshu grew by 26 times, strong proof of the popularity of this fashion fad among the young generation.

Designer brands such as MS MIN, Samuel Gui Yang and YUEQI QI are the pioneers integrating Chinese style with high fashion into daily life. From cutting and coloring to stitching and material selection, it's more than simply a paste-up of Chinese elements.

At the same time, the Han-style clothing trend is still in full swing, partly because of rising patriotism in recent years. "It does not mean going back to the ancient times of wearing long robes," said Wang Shuyang, co-founder of Han-style fashion brand Qian Xiao Qiu.

"By using modern design, Han clothes can be worn in everyday life and the culture behind the fabrics can be learned and conveyed."

The lifestyle trends on Xiaohongshu might be revealing the many tangled and complicated aspects of the China market, but it's surely a weather vane to help brands tap into the emerging force of the country's young consumers.