Are we being buried by one-sided coverage?

A documentary on the troubled Ukrainian region of Donbass by the filmmaker and French war correspondent Anne-Laure Bonnel is making waves for understandable reason.

In an interview with the French TV channel Cnews, she said, "I have no political message. But I know this conflict has been going on for eight years and there are up to 13,000 deaths now. People are exhausted ... The Russian-speaking Ukrainian population has been bombarded by their own government. "

Her interview went viral, drawing both praise and outrage, with some accusing her of having a political agenda. The filmmaker responded to the accusations by reposting the link to her 2016 documentary, and videos of the ruins and people in the region on her Facebook page.

Bonnel also claimed that her film had been rejected in many countries, and had been repeatedly deleted from the Internet.

Within days of the interview, her documentary on the region was uploaded to many social media platforms. Prior to the TV interview, it had no ratings on the movie review site IMDB, but now it has a rating of 8.7/10 with 84 reviews. 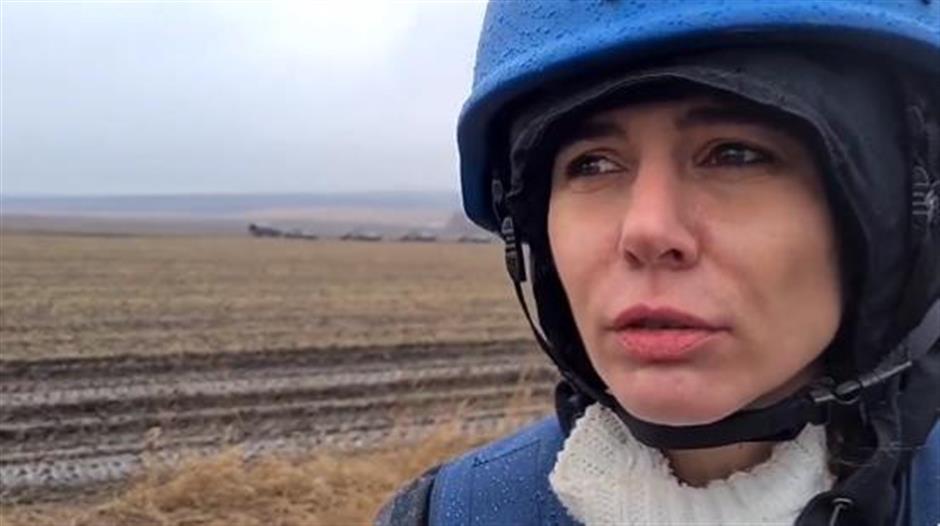 French war correspondent Anne-Laure Bonnel is the person behind the controversial documentary "Donbass." 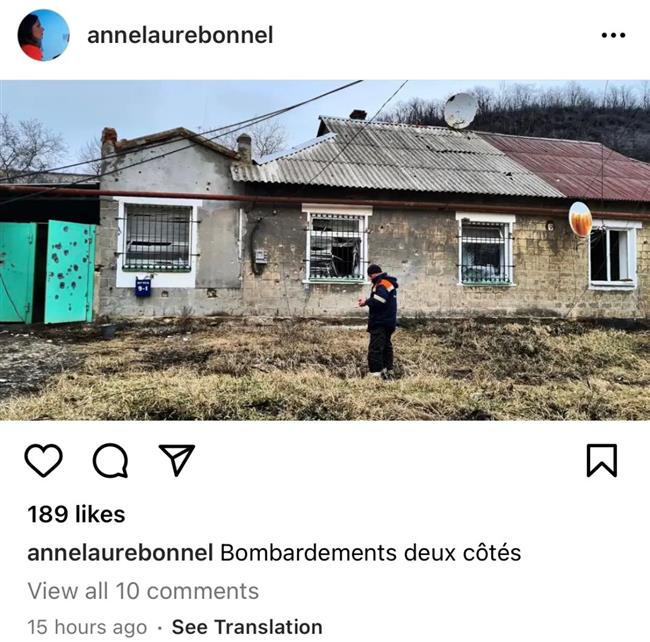 The early YouTube posting of the documentary, which was uploaded in 2017, only had French subtitles. It carried a cautionary message posted by the social media sharing platform saying, "The following content has been identified by the YouTube community as inappropriate or offensive to some audiences."

"They are all Ukrainians, and they are surprised that Europe is realizing the situation now, when for them, it has been everyday life for eight years. The situation has been lost since 2014," Bonnel remarked.

It is clear that the roots of the ongoing Ukraine crisis are linked to incidences and atrocities in Donbass and the neighboring Russian-speaking regions. But only one side of the story is being played up, despite the fact that the locals have been living in fear for eight years.

It is becoming more difficult to get both sides of the story because of media bias, language barriers and social media search algorithms that are hard to comprehend.

Many Donbass residents were skeptical after Bonnel was introduced as a French journalist to the locals.

"Will they really show it?" was the common refrain.

A woman in the documentary is heard saying, "The whole world stood up for you when 12 people were killed," which is very likely a reference to the Charlie Hebdo shooting in France. "When thousands of people are killed in this country, nobody cares."

An old woman points to a 6- or 7-year-old boy and shouts at the camera, "Do they look like terrorists?"

He was referring to the Russian-speaking population of eastern Ukraine.

Bonnel said the speech was the reason she decided to travel to the Donbass region in January 2015 to "meet the inhabitants of Donbass and hear what they have to say."

Some news sites argued that the speech was taken out of context. But "their children will stay in cellars" was apparently understood by many in the Donbass region as a reference to them.

Among many postings about the documentary, one reads, "The Ukrainian government has bombarded its own people since 2014! Is this what the EU is supporting? Why no media covered this since 2014?"

Another says: "Information is always one-sided, always. Thanks to Cnews for letting us know about all these. Salute to this journalist."

In 2019, Poroshenko was replaced by the current President Volodymyr Zelenskyy. It was reported in 2019 that police raided Poroshenko's headquarters and gym for alleged theft of servers with classified information, tax evasion and money laundering. More criminal charges were added in the following two years, including state treason.

"You can understand a lot of things, but not torture," a villager says in the documentary, alleging gruesome killings of fellow villagers, including one who had his ear chopped off, while bodies with hands tied to the back were also found.

A former Ukrainian soldier, identifying himself as Andrei, claims he deserted the army because "I would rather die with my people than kill them."

Getting a proper and fair perspective on any global events is important, failing which, it becomes just another casualty.