The gold beyond medals for high-profile Chinese athletes

Athletics are proving a safe trump card to play for fashion brands in China. Sports stars, with their healthy public images, have become the new darlings of the industry even as China cracks down on celebrity excesses.

As the Beijing 2022 Winter Olympics ended, partnerships between brands and medal winners emerged more close-knit than ever. Sportsmen and women are appearing more on TV commercials and in the front rows of fashion shows.

Superstar freestyle skier Gu Ailing, or Eileen Gu, who won two golds and one silver medal for Team China in the Olympics, is undoubtedly the hottest fashion icon on the scene.

The endorsements and sponsorship deals of the 18-year-old American-Chinese span domestic and international brands, including sportswear, cosmetics, food and beverages, home furnishings, social network apps and even financial products.

Gu reportedly made US$42 million in endorsements last year before she even stepped foot on the slopes.

She is a promotional face for the likes of Tiffany, luxury watchmaker IWC, Louis Vuitton and Victoria's Secret. In China, she has signed more than 20 endorsement agreements with companies such as China Mobile, China Bank and dairy producer Mengniu. She is also the spokesperson for Luckin Coffee, the Starbucks of China.

Gu on the cover of the April edition of Marie Claire.

"With the increasingly tight link between sports and business, athletes are becoming high-quality idols pursued by young people," said Jiang Minghua, professor of Guanghua School of Management, Peking University. "People naturally have great trust in athletes because they are reliable with clean records, professionals with years of hard practice, attractive in personality and nationalistic. And these qualities will be projected to the brands they endorse."

Gu is hardly alone in cashing in on her fame.

Sprinter Su Bingtian, who set a new Asian record of 9.83 seconds in the men's 100-meter semifinal at the Tokyo Olympics, has become the ambassador of consumer-electronics company Xiaomi, menswear brand Septwolves and Empow of GAC Motor.

Fencer Sun Yiwen, a gold medalist in the women's individual epee at the Tokyo Games, appears in the Dior Vibe campaign. Pro surfer Guo Shujuan, or Monica Guo, has shown up in ads for Chanel, Calvin Klein, Tommy Hilfiger and Lancȏme, and also is a poster girl for fashion magazines Vogue, Elle, Bazaar and Marie Claire.

Unlike the lives of most celebrities and pop stars, athletes lead disciplined lives, which reduces the risk of unseen scandals popping up to blemish a brand name.

He is the latest high-profile target in China's crackdown on showbiz ignominy, following in the footsteps of a long list of Chinese stars like Zheng Shuang, Kris Wu and one-time top live-streamer Viya, who fell from grace for alleged personal and financial misconduct last year. The nation's "zero tolerance" for stars who run afoul of the law makes them disappear from the public eye overnight.

Deng lost all of his commercial endorsements, which included contracts with Roger Vivier, L'Oréal and Gucci. His official accounts on various social networks have been deleted. 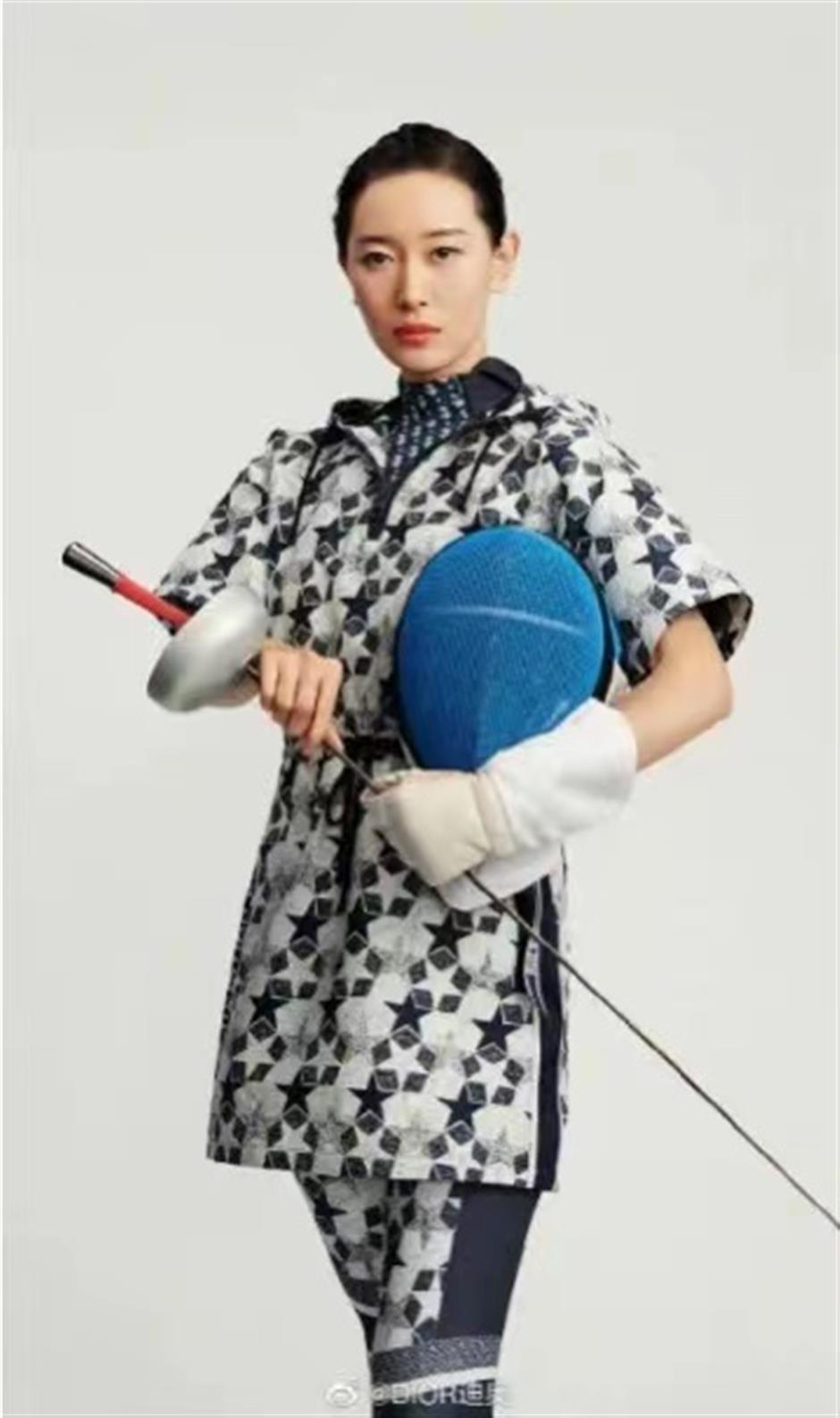 "Brands and their ambassadors are on the same boat," Professor Jiang said. "Negative news affects the commercial value of the merchandise the ambassador is promoting, dragging a brand name into the mud. That's why sports stars with more impeccable public images might be a safer choice."

Safe but not always.

When Yang Qian won the gold medal in the women's 10-meter air rifle event at the Tokyo Olympics, 10 of the 11 messages she posted in a month on her social network were commercial advertisements.

"Can't you focus on what you're supposed to be doing?" one Weibo user said under one of the posts.

"Among all Chinese champions, you're the cockiest," another netizen observed.

Volleyball star Zhang Changning suffered a similar backlash after she signed a brand contract after the defending champion Chinese women's volleyball team crashed out of the Tokyo Olympics.

"Is making money so important to you?" a netizen posted on her Weibo account.

Such online criticism, however, evoked a barrage of positive retaliation.

"Who are the sour grapes?" wrote one commentator.

"Stop putting moral pressure on them!" wrote another.

It's a sign of changing times. For decades, Chinese athletes were above commercial endorsements. They were stereotyped as highly self-disciplined individuals subordinate to national glory, not money-spinning.

That was largely due to China's tightly controlled state-sponsored sports system. However, the advent of digital technology and social media has opened new opportunities for the younger generation of high-profile Chinese athletes.

They're active on social network platforms, happy to share their daily training life on the Internet with selfies and short videos. They have a more open mindset and don't seem daunted by the risk of criticism. 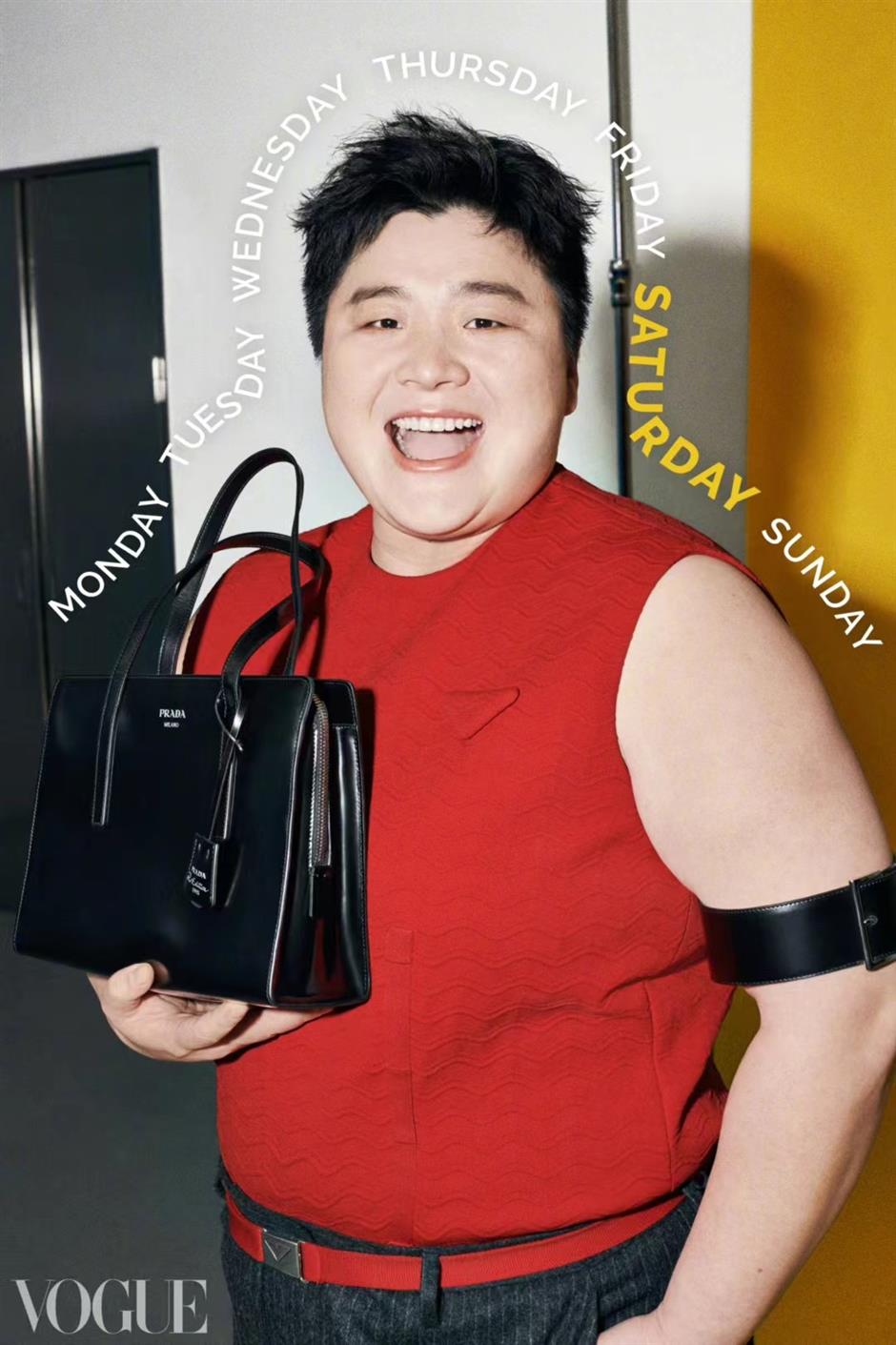 "Please pay attention to fat girls. They're nice girls, too" shot putter Gong Lijiao, who weighs about 108 kilograms, said after she won a gold medal in Tokyo.

"Every gram of my fat is useful," Gong said with a big smile during one interview.

"That is what you call personal charisma," said Professor Jiang. "Each athlete has a story to tell: how they train, how they compete, how they cope with failure and how they heal from injuries. These are the core value for a brand – qualities that pop stars don't have."