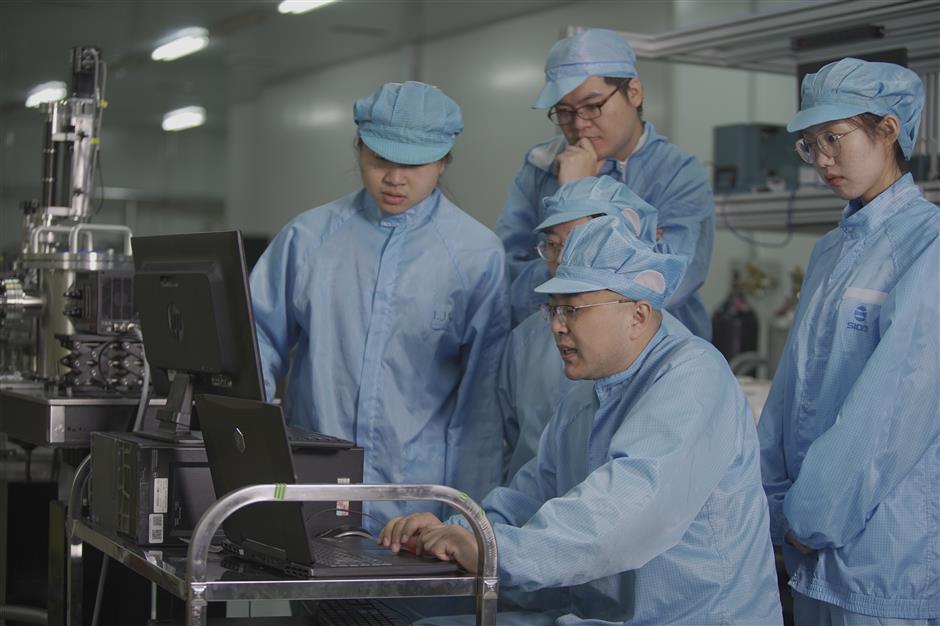 The "laser wakefield accelerator," a significant development in laser physics that was featured on the cover of the September 2004 issue of the prestigious scientific journal Nature, served as the catalyst for the entire process. The journal hailed the invention as a "dream beam " that heralded "the dawn of compact particle acceleration."

LWFA, as it is known, allows electron beams to travel at speeds that are almost as fast as light, similar to wake-surfing, in which the surfer uses the wake of a boat to propel themselves forward. According to Wang, this opens the door for the creation of portable yet potent electron accelerators and free-electron laser facilities.

What's the purpose then?

Wang compared the free-electron laser facility to a super camera. It takes photos in femtoseconds, which is nearly a hundred trillion times faster than the shutter speed of cameras that we normally use.

One femtosecond is equal to one quadrillionth of a second. Think of it this way: Nothing is faster than light in a vacuum, but even so, in one femtosecond, it can only travel 300 nanometers – about the diameter of a virus.

In other words, the "super camera" will be able to record the quickest processes, like chemical reactions, in real-time. In short, it will be able to deliver an animation of the microscopic world to us.

Sounds great, right? But there is a problem: It is too big.

Consider the evolution of computers. The world's first computer ENIAC was a colossus measuring more than 170 square meters and weighing 30 tons. Over time, it has shrunk from a room-sized machine to a pocket-sized gadget. As it gets smaller, it is also becoming more popular.

The same applies to facilities for free-electron lasers. There are now just eight such facilities, each the size of a warehouse, in existence. Scientists have to make marathon journeys and wait in long queues to use the facilities. Apparently, it's not good for scientific discovery. But over years, it remained insoluble. Why?

As with airplanes needing a runway to take off, electron beams typically require a long run-up with a distance of hundreds or even thousands of meters to generate immense energy. Till the invention of LWFA, where electrons are carried along by laser waves and grow powerful enough in a relatively short period of time, it seemed impossible to make the facility smaller.

So, since 2004, the global science community has been working to make table-top free-electron laser facilities. China was no exception.

After getting a doctorate in 2010, Wang joined the Shanghai Institute of Optics and Fine Mechanics, linked to the Chinese Academy of Sciences. Despite not majoring in LWFA, he didn't hesitate to enter the field of LWFA study.

Comparing himself to a brick, he said, "I'm where I'm needed."

In 2012, his lab joined the global race to make a table-top free-electron laser facility. They had expected to finish it in about 300 days, but it took nearly 3,000 days. Finally, in 2021, they managed to build a 12-meter-long table-top facility.

Scientific journals, Nature and Science, hailed it as a significant milestone and a huge step forward, raising hopes of making such facilities accessible to schools, hospitals and research institutes.

Wang said that their next objective was to further reduce it to a 2-meter length.

For his contributions, he was among the 10 people to be awarded this year's "most beautiful scientific and technological workers" in Shanghai.