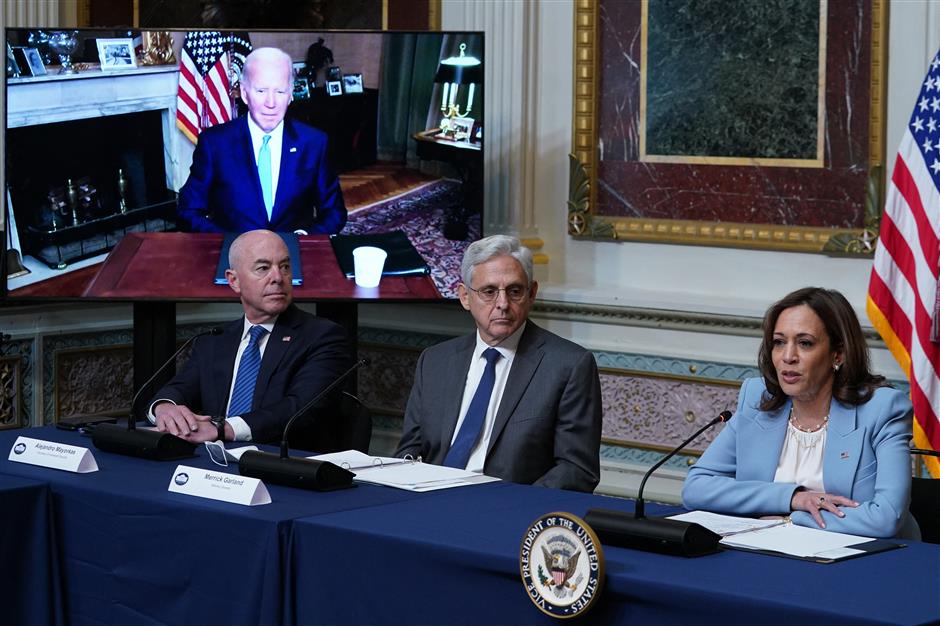 (From left to right) US President Joe Biden (on monitor), US Homeland Security Secretary Alejandro Mayorkas, and US Attorney General Merrick Garland listen as US Vice President Kamala Harris delivers remarks during the first meeting of the interagency Task Force on Reproductive Healthcare Access in the Indian Treaty Room of the Eisenhower Executive Office Building, next to the White House, in Washington, DC, on August 3, 2022.

Biden, in virtual remarks from the White House, said that the measure responds to "the health care crisis that has unfolded" since the US Supreme Court overturned Roe v. Wade in June, which eliminated the constitutional protection of abortion rights for women.

The executive order will also help women travel out of state for medical care while making sure health care providers comply with federal law so women don't face delays or denials of medically necessary care, according to Biden.

The US Justice Department filed a lawsuit on Tuesday to protect the rights of patients to access emergency medical care guaranteed by federal law.

The suit challenged an Idaho law set to go into effect on August 25 and impose a near-total ban on abortion.

Abortion has been one of the most divisive issues in the United States.

Without Roe v. Wade, states are allowed to impose their own legislation on the medical procedure.