They sit clumped together on the periodic chart of chemicals – a group of precious metals with similar characteristics, all found in similar mineral deposits.

Why should we care about the six "ums:" platinum, ruthenium, rhodium, palladium, osmium and iridium? Because they play vital parts of our daily lives – used in catalytic converters, "green" hydrogen production, fuel cells for electric vehicles, fine jewellery and anti-cancer drugs. 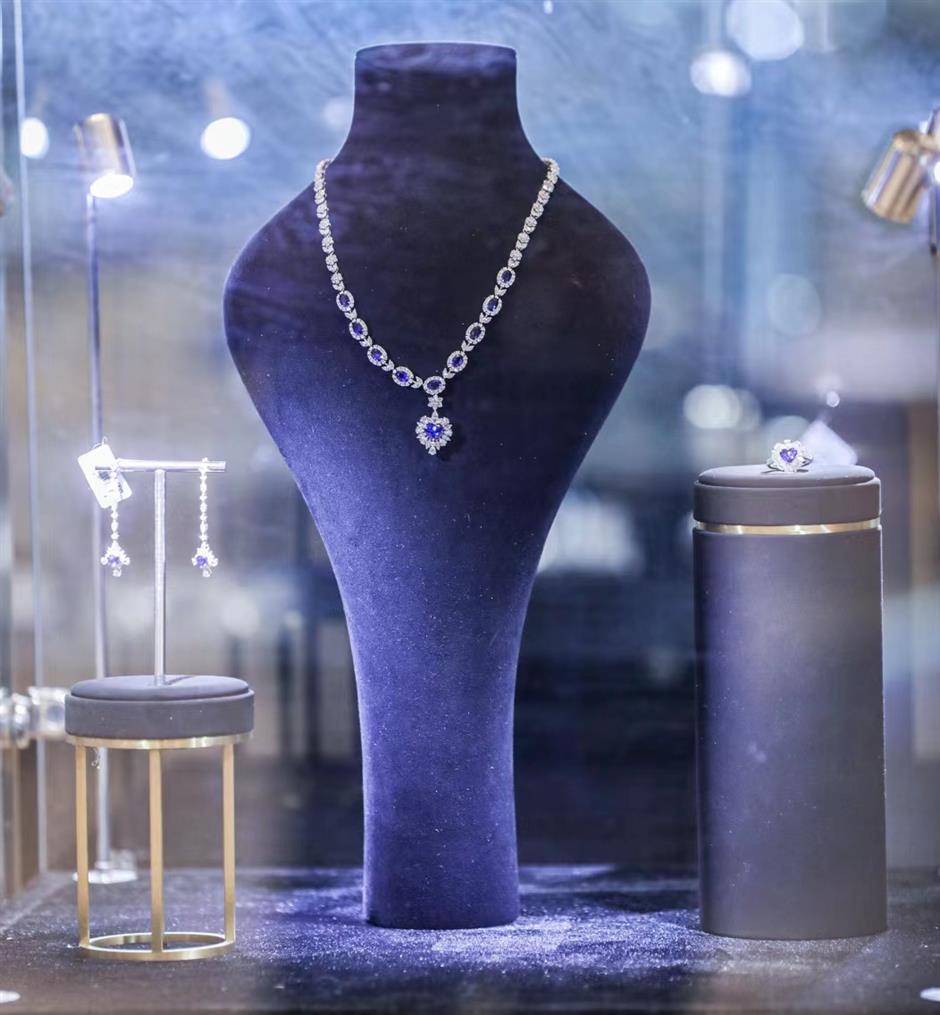 China is well aware of the importance of this group in the global transition to cleaner energy. It has just opened its first technology center focused on the so-called "platinum group metals." It's located in the Lingang Special Area of Shanghai.

The center will bring together research, venture funding, industrial park facilities and an offshore trading market. One major focus will be green hydrogen development, which is considered by some a "silver bullet" in achieving carbon neutrality.

"The setup of this center is key to upgrading the industry and improving its international competitiveness," said chemist Lin Guoqiang, an academician at the Chinese Academy of Sciences.

Despite ongoing debate about the cost and efficiency of green hydrogen on an industrial scale, growth of the new technology is picking up speed and boosting platinum demand.

China is currently the world's largest consumer of platinum group metals, accounting for about 30 percent of global demand.

Nearly 70 leading institutions and companies spanning various sectors of the industry have signed up to become an industrial cluster at the new center.

Corollary interests, including legal, financial and insurance sectors, have agreed to set up what is called the Lingang Trade Cross-border Communication group to provide support services to international traders.

"The partnership joining industry, academia and research, as well as other relevant parties, means that new applications for platinum group metals will be explored and applied more quickly," said chemist Lin. "China's influence on the global market will be strengthened." 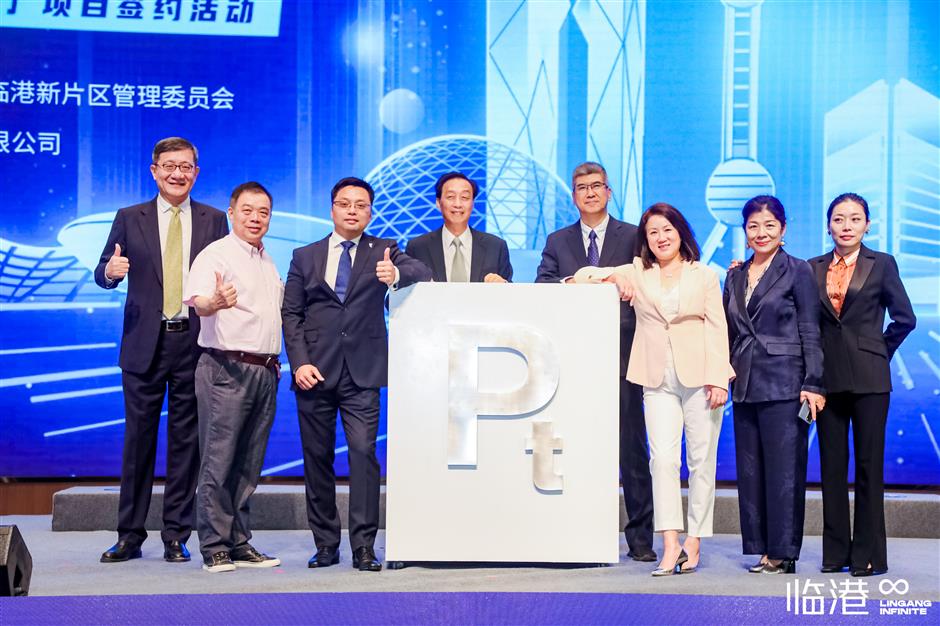 China has just opened its first technology center focused on the so-called "platinum group metals." It's located in the Lingang Special Area of Shanghai.

For many companies, the potential is boundless. The hydrogen and fuel-cell electric vehicle industries have received significant support from the Chinese government as part of its commitment to carbon neutrality by 2060.

China is currently the largest hydrogen producer in the world, with annual production of about 33 million metric tons. It has completed construction on some 250 hydrogen refueling stations, accounting for about 40 percent of the global total.

In March, China released a plan on the development of hydrogen energy for the 2021-2035 period.

According to the plan, a relatively complete hydrogen-energy industry development system will be in place by 2025, with core technologies and manufacturing processes basically mastered.

By 2030, China aims for wide use of hydrogen production from renewable energy sources to support carbon reduction.

"China's commitment to carbon neutrality comes with concrete plans and policies, and opportunities in many industries that are key to hydrogen energy," Gaven Chai, president of Honeywell Safety and Productivity Solutions China, told Shanghai Daily shortly after signing his company's agreement with Lingang.

"Honeywell has many products and services that can be applied in different sectors of this industry, from personal protective equipment in mining to various kinds of sensors and applications," Chai said.

He said Honeywell has its own commitment to carbon neutrality by 2035.

"We have a long history of improving our environmental and sustainability profile with innovative products and services, so it is quite natural for Honeywell to be a partner here," he added. 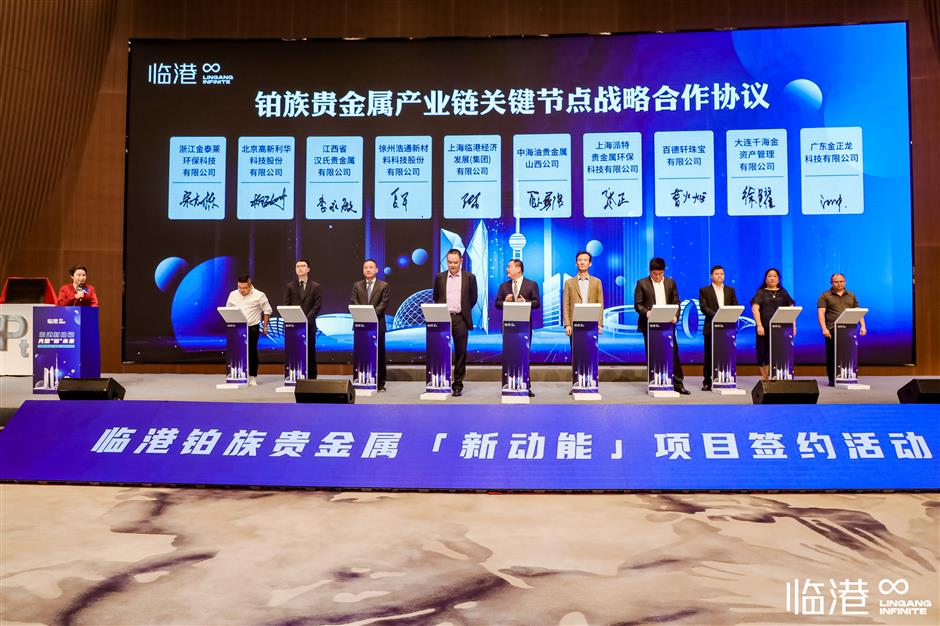 The new center will bring together facilities for research, venture funding, and industrial park as well as an offshore trading market.

Anglo American, a London-based mining conglomerate and a founding member of the new center's research institute, said it wants to popularize the use of platinum group metals in new applications.

"It's a small group of metals, so research has always been scattered around," said Tony Chen, head of market development for the metals in the company's Asia-Pacific region. "The new research center is 'visionary'," he said.

"Most people know the platinum group metals from jewellery, and in recent years from fuel-cell electrical vehicles," he said. "Many of its applications are not widely known, such as preservation of food freshness, non-invasive diagnostics, pacemakers, and most importantly, in reducing carbon emissions in many traditional industries."

In China, traditional industries are exploring ways to reduce their carbon footprint, some via use of hydrogen power. Chinese steel conglomerates, for instance, have been experimenting with hydrogen to power metallurgical processes in low-carbon projects, achieving more than 30 percent reduction in carbon emission.

One concern surrounding platinum group metals is cost, especially when applied to large-scale industrial use. However, Chen sees great potential in reducing cost.

"The metals are very stable in extreme temperatures or humidity, which is a big advantage because it means they can be recycled," he explained.

The World Platinum Investment Council has announced it will move its Asia-Pacific headquarters to Lingang, where its flagship annual event Shanghai Platinum Week will be hosted.