Animals are gone, but renovated Heping Park is sure to please 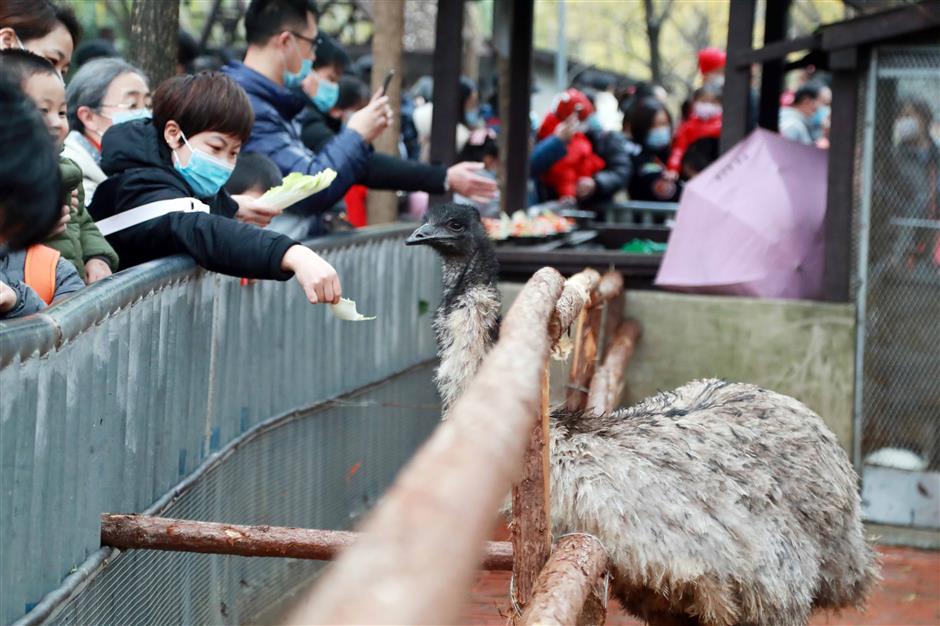 A file photo from 2020 shows citizens feeding an ostrich at the Heping Park before the major renovation.

Heping, or Peace Park, which dates back to 1958, was one of Shanghai's first zoos, with tigers, lions, monkeys and other animals being raised and displayed for visitors.

In the early 1990s, when the city's Xijiao Park, the predecessor to the Shanghai Zoo in the "western outskirts," was still a bit too far for downtown residents without Metro services, Heping Park in Hongkou became one of the best weekend retreats for children living nearby.

The small park near the Hongzhen Old Street, once a giant shanty town, not only provided close interaction with birds and large beasts, but also rare entertainment events such as boat rowing and overhead cable cars.

Now the park that evokes so many happy childhood memories will re-open to the public in mid-October after a nearly two-year major renovation.

It aims to become a demonstration project on what a new community park can offer with smart exercise facilities, pet playgrounds and some "sponge city" infrastructure.

All the original animals have been accommodated at the Shanghai Zoo.

So to have the original residents in the nearby shanty town, who have been relocated to give way to the massive renewal campaign for the region, now an upmarket international community.

The park on Tianbao Road covers 163,400 square meters, equivalent to 22 standard football pitches, in the heart of Hongkou.

The original rustic village on the land was destroyed by the artillery of Japanese intruders during the World War II. The Japanese army later built six concrete bomb shelters there as an ammunition depot in 1938.

After the founding of the People's Republic of China in 1949, the war relics were converted into Tilan Park, named after the Tilanqiao Prison not far away, known as the biggest prison in the Far East.

It gained its present name Heping, or Peace, to commemorate the 10th anniversary of the founding of the republic. 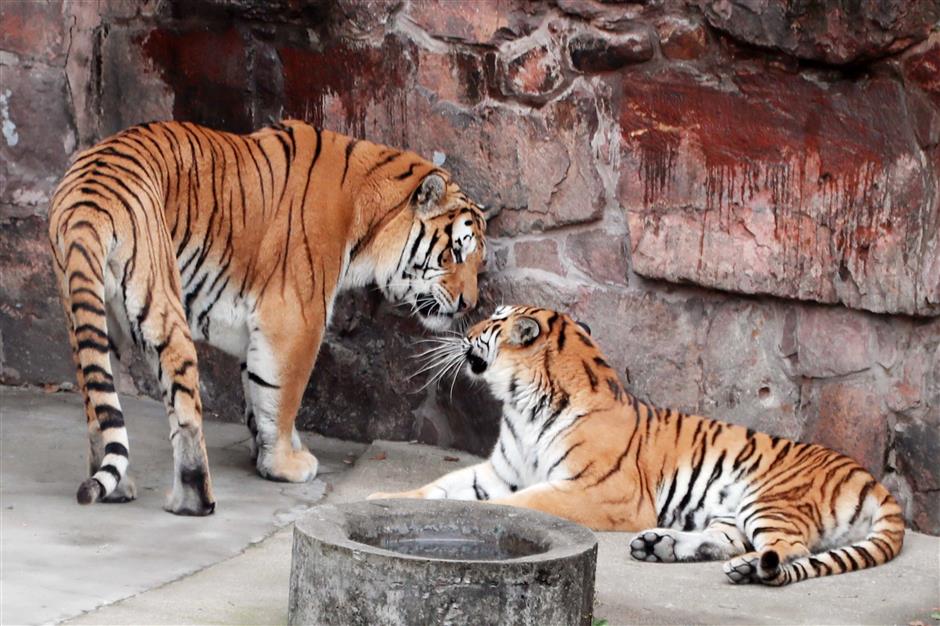 For the past several decades, the park had been known for its popular "animal island," covering 6,500 square meters in the middle of the park, where visitors could observe lions, tigers, leopards, bears, monkeys, deer and parrots.

However, the living conditions for the animals worsened in recent years. The small cages, as well as the mixed residence of various animals, were bad for their growth, said an official with the district's greenery authority.

"Their excrement inevitably polluted the river which also could not meet the COVID-19 prevention requirements nowadays," the official added.

The park's facilities were also getting old and its landscapes no longer attractive. They stood in sharp contrast with the surrounding high-end Ruihongxincheng communities and fancy shopping malls, like the Hall of the Sun.

During the recent renovation, the "animal island" has been turned into an ecological island with lush greenery surrounded by brooks and garden landscapes.

"Despite the fact that the animals are gone, wild birds are expected to be attracted to the island," the official said.

The abandoned cages and the gates of the animal island have been preserved with animal sculptures, photos, recorded sounds and footprints on the ground to remind visitors of the park's heritage.

Several television screens will display real-time life scenes at Shanghai Zoo about the animals that once lived here. 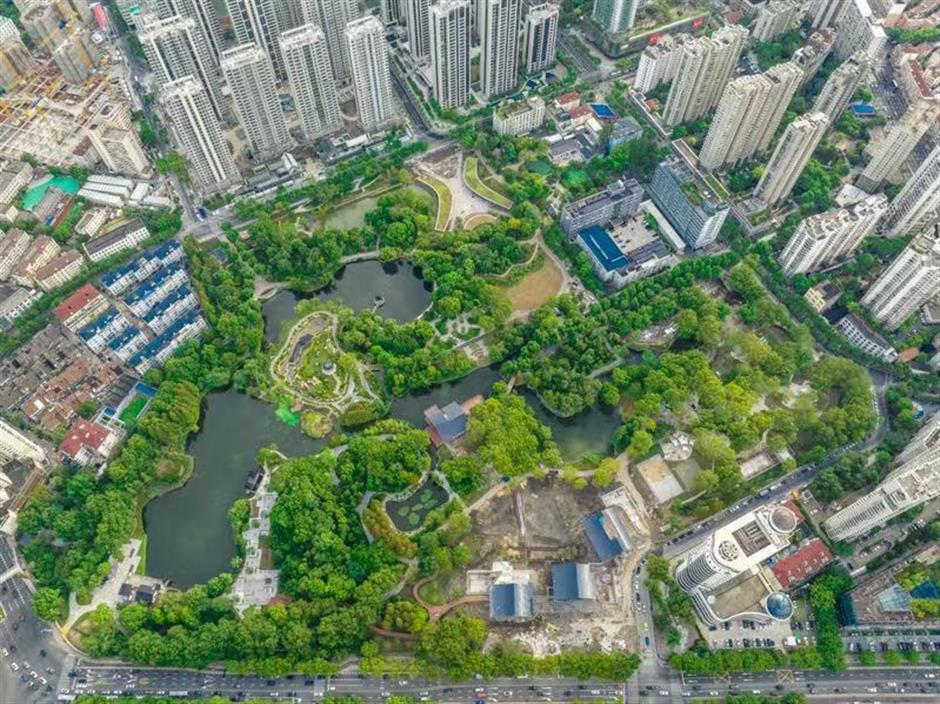 A bird's-eye view of the Heping Park, surrounded by the high-rise residential buildings of Ruihongxincheng.

"I'm looking forward to visiting the renovated park, but also fear all the old memories will be wiped out," said Yang Xiaoyun, a community worker who grew up in an apartment building on Xingang Road right beside one of the entrances of the park.

"The park was where I saw a tiger and lion for the first time. I just miss the animals and birds that accompany my childhood."

Yang and her family were relocated to a newly built community in Gucun Town in Baoshan District in 2016. The old house she lived has been replaced by modern high-rise buildings that she said could hardly afford to buy now.

The greenery official said they've tried hard to retain the original attractions at the park, considering the special emotional bond many Shanghai citizens have.

The layout of the original No.3 gate of the park on Tianbao Road, for example, has been restored along with an original plane tree near the gate, which has grown into a towering arbor.

A pavilion, which features a maple tree in the middle, has also been kept. Some small waterfalls and artificial hills were created to highlight the "one of the eight scenes" of the park.

Part of the park's walls has been removed to make it open around the clock. The former overhead cable cars have been replaced by a skywalk which will be connected with a skywalk on Siping Road outside the park. 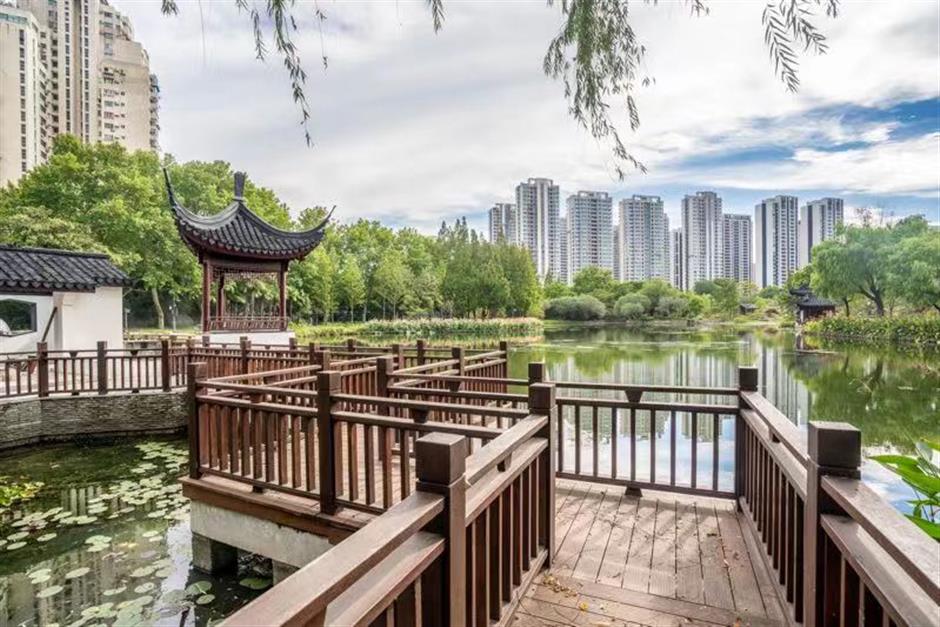 To make it animal-friendly, two pet playgrounds have been built for small-and medium-size as well as large-size dogs. The playgrounds, covering 780 and 1,400 square meters, are separated from each other and with other sections of the park. Pets can play, drink water, wash and entertain within the grounds. Online reservations will be required.

The new park will also feature the city's first intelligent outdoor gym. The facilities and jogging tracks can monitor and display the mileages, step numbers and other data on a screen.

A Dove Square of Peace, which aims to recall times of war, is where visitors will be able to feed pigeons.

Heping is among a number of local parks built over a century or half a century ago that have undergone face-lifts in recent years to retain their historical ambiance, while improving the facilities and extending opening hours.

Zhongshan Park, a British-style park in Changning dating back to 1914, has had its walls removed to make it more accessible and connected with the riverside path of the Suzhou Creek. The original gate of the park has been preserved along with a dozen original attractions.

Zhabei Park in Jing'an, opened in 1946, has preserved cultural relics, such as the grave of Song Jiaoren (1882-1913), a Chinese revolutionary and one of the founders of the Kuomintang. He was assassinated in 1913 and buried in the land which later became the park.

As a common highlight of these renovations, new drainage systems have been built to channel rainwater into the central lakes or underground purification and storage systems, which prevent rain from pooling on surrounding roads during the city's plum rain season.

The new infrastructure is for the city's sponge city construction to reduce water logging, while collecting and recycling rainwater.

If you go when the park gets ready to open in mid October: 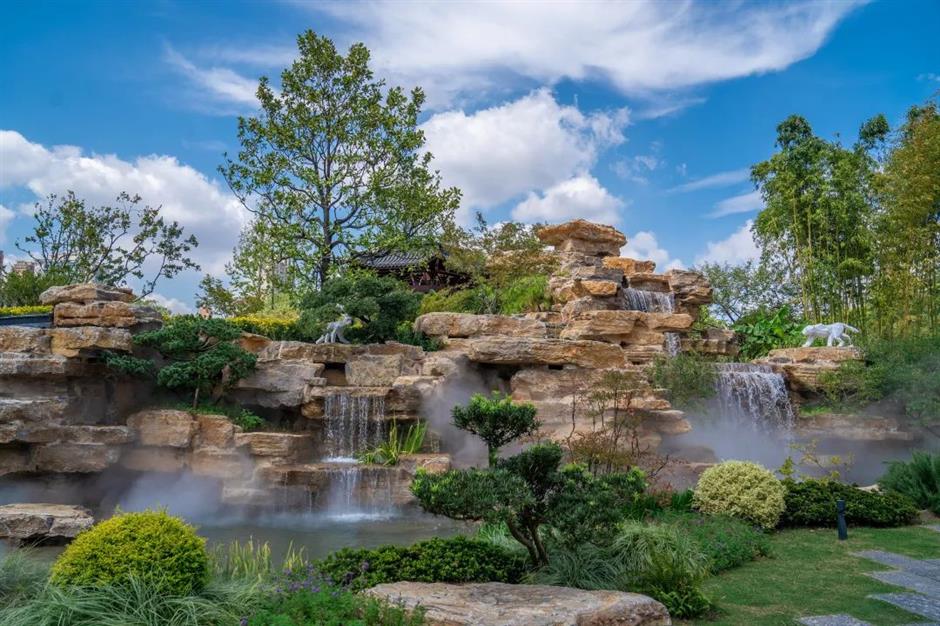 The former "animal island" has become an "ecological island." 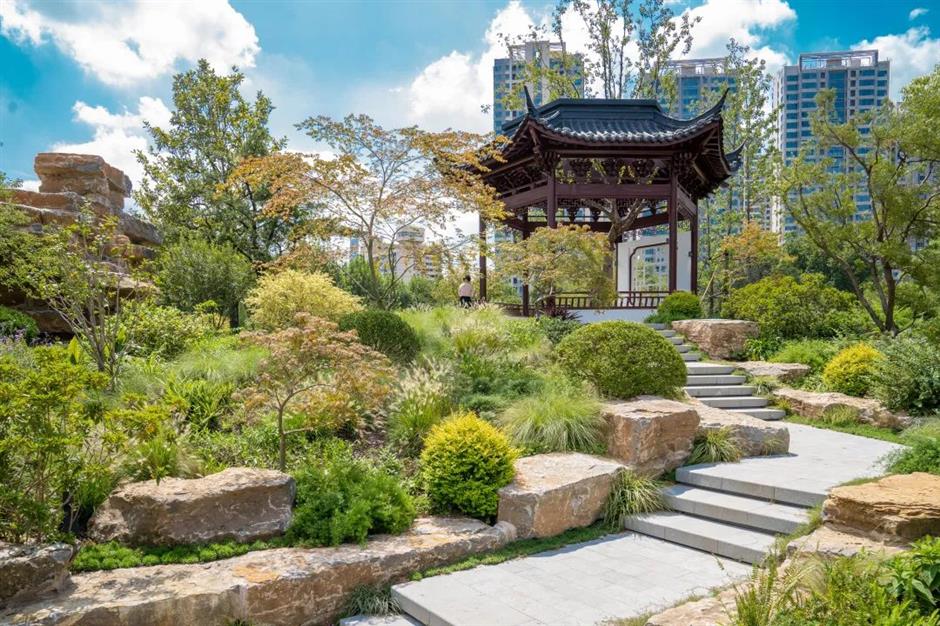 A preserved attraction at the park. 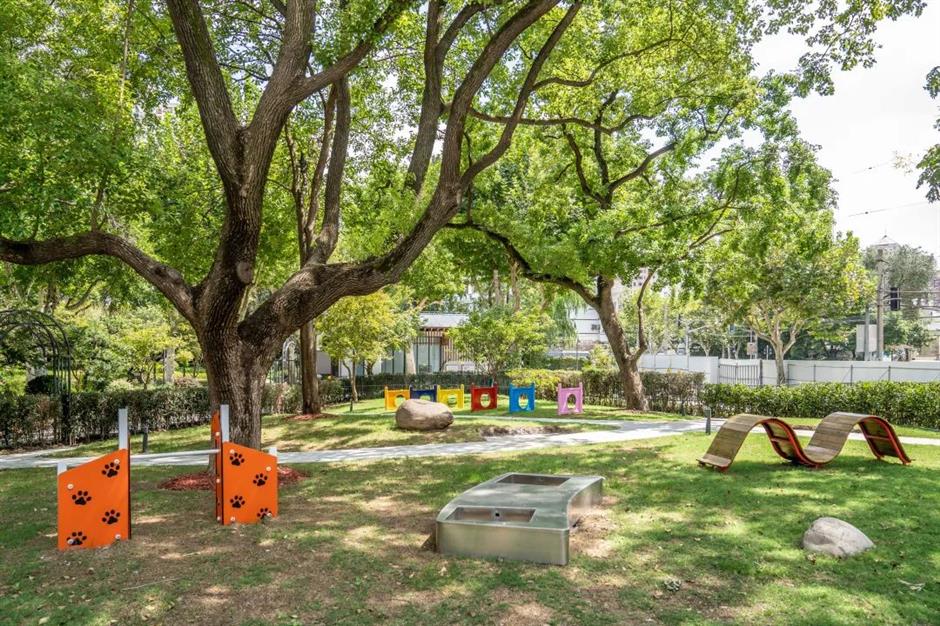 A playground for pet dogs.