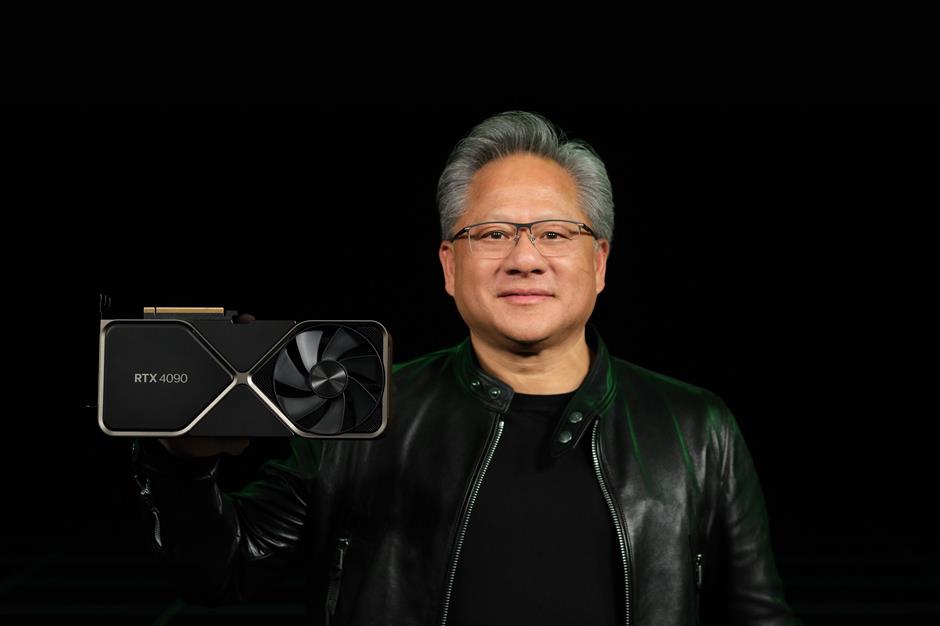 Jensen Huang, chief executive of NVIDIA, holds a new product released at the company's GTC in September. He believes that China is still a vibrant market with growing opportunities like gaming and metaverse, despite the recent export ban and other challenges.

China remains a vibrant market with growing opportunities like gaming and metaverse for NVIDIA, despite the recent export ban and other challenges, according to Jensen Huang, chief executive officer of the graphic and artificial intelligence chip giant.

In September, the United States government restricted NVIDIA from selling some high-end GPU chips that are used in data centers and AI applications to China. The ban covers NVIDIA's A100 and forthcoming H100 integrated circuits and will affect its Chinese business, worth about US$400 million in the third quarter, NVIDIA said previously.

The company has a large family of products that can serve the Chinese market which require no licensing at all, including new gaming GPUs released during the GTC, NVIDIA's annual event for new products and techs.

"I believe that China will continue to be a growth opportunity for us, a very large opportunity," Huang said, noting that "China is a great consumer of American-originated products, also a critical part of the world's supply chain."

The new GeForce RTX 40 gaming GPUs, with NVIDIA's Ada Lovelace architecture, TSMC's customized 4-nanometer process and real-time ray tracing and neural rendering features, will be available in China in the middle of October. As they mainly target the consumer market for game fans, domestic sales are not influenced by the US ban. 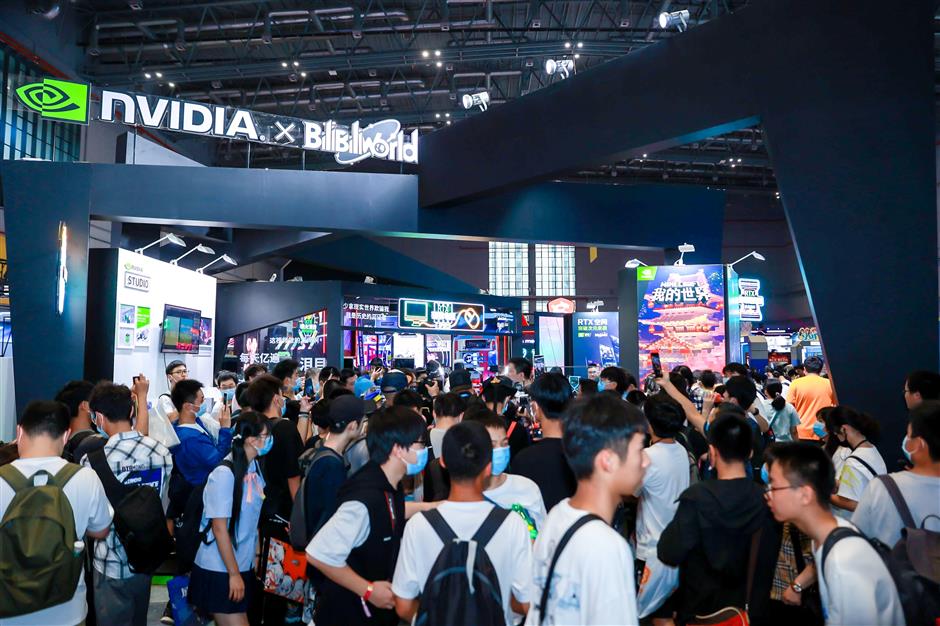 Players and fans came together at a show held by Bilibili in Shanghai, indicating the huge market demand for games and animation.

The products have been welcomed by China's gaming industry.

"NVIDIA's technologies like ray tracing and DLSS (Deep Learning Super Sampling) have made a visual difference and brought performance enhancements we've never seen before. It can even alleviate CPU bottlenecks for gamers," said Zhan Dinggen, lead programmer of the Justice team from NetEase, a domestic game giant.

Peng Cong, marketing head of Wanyoo, the operator of China's biggest chain of Internet cafes, pointed out that with NVIDIA's new GPUs, Wanyoo can keep its leading position on infrastructure in the net cafe industry and bring users faster and better gaming performances.

Wanyoo, which owns about 80,000 computers at its 850 net cafes and 115 eSports hotels nationwide, plans to upgrade the computers to RTX 40 GPUs when they are available.

The gaming market is "de-risked" and NVIDIA's depth of expertise, investment and innovation is "years ahead" in the industry, according to Rosenblatt Securities.

The price of gaming GPUs – the cost of RTX 4090 starts from 12,999 yuan (US$1,805) – increases the belief about the pace of gaming revenue recovery next year, according to Morgan Stanley.

NVIDIA faced some challenging quarters this year but it has optimized inventory and channels, which mean that RTX 40 GPU is "well prepared" for sales from the fourth quarter, Huang said. 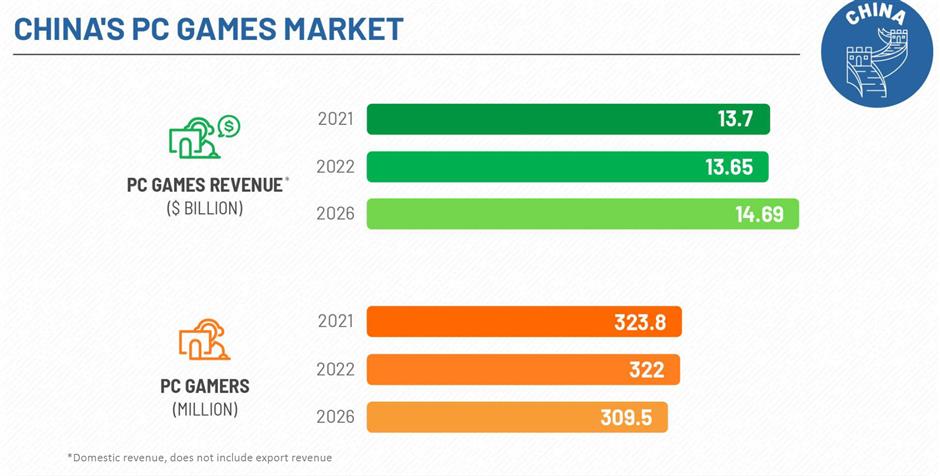 Due to the COVID-19 pandemic and other challenges, China's PC game market revenue will fall slightly to US$13.65 billion in 2022 compared with US$13.7 billion last year. But it will rebound to US$14.69 billion in 2026, according to researcher NIKO.

It not only helps designers model and simulate game scenes easily and fast, but allows more people create avatars, scenes in user-generated games and even whole virtual worlds, namely: metaverse.

A hot buzzword, metaverse is defined as a simulated three-dimensional digital environment that blends augmented reality, virtual reality and blockchain technology with social media concepts to create a "space" that mimics the real world and is rich in user interaction.

China has many versions of "early indications for metaverse," covering digital avatar and AR, which represent huge potential, NVIDIA said.

Shanghai has drafted a city-level blueprint for the development of 10 leading metaverse firms with global influence and more than 50 related applications covering commercial, education, smart manufacturing and cultural sectors. Such developments promise to increase the value of the metaverse in the city to 350 billion yuan by 2025.

"China is at the pioneering forefront of all (tech evolution)…I'm expecting to see a lot of vibrancy (on metaverse)," Huang observed. 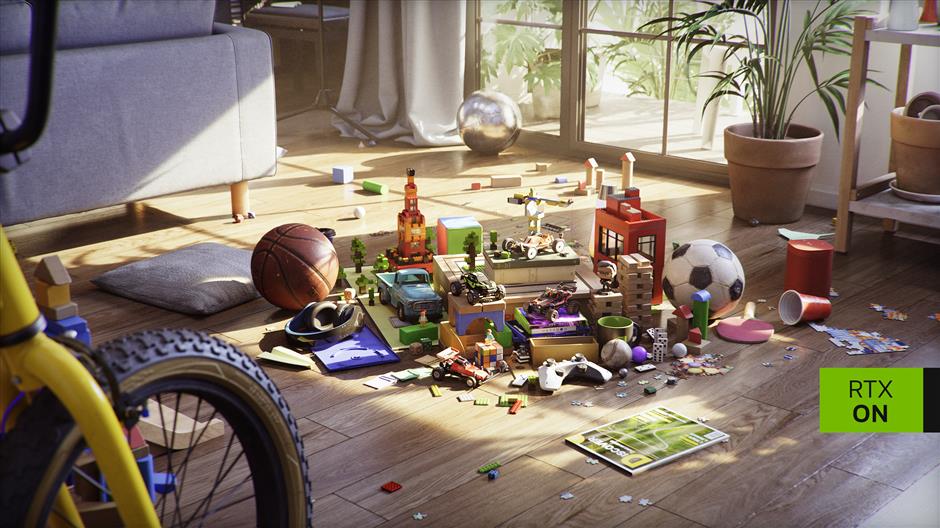 Virtual things are "created" by modern graphic computing and AI techs, which can be used in next-generation game and metaverse sectors.