Will China-made electric blankets help Europeans get through a tough winter? 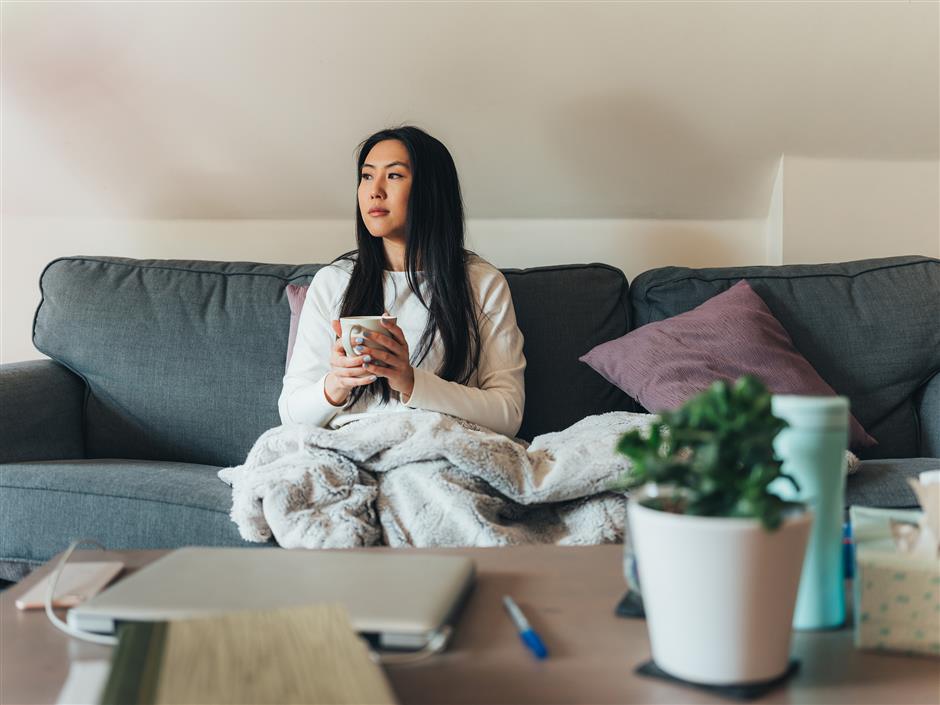 China-made electric heaters, blankets and heat pumps have reportedly become hot sellers in Europe this autumn as the continent braces for a winter shrouded in an energy crisis.

Such products are deemed by many to be a less-costly alternative to soaring natural gas prices triggered by Russia's tightening of gas flows in the aftermath of the Russia-Ukraine war and Western sanctions. The gas crunch became more severe after unexplained explosions caused leaks recently in the Nord Stream 1 and 2 gas pipelines between Russia and Europe.

European Union figures show that price of natural gas has soared by over a half. Many Europeans heat their homes with gas and fear what a cold winter portends. 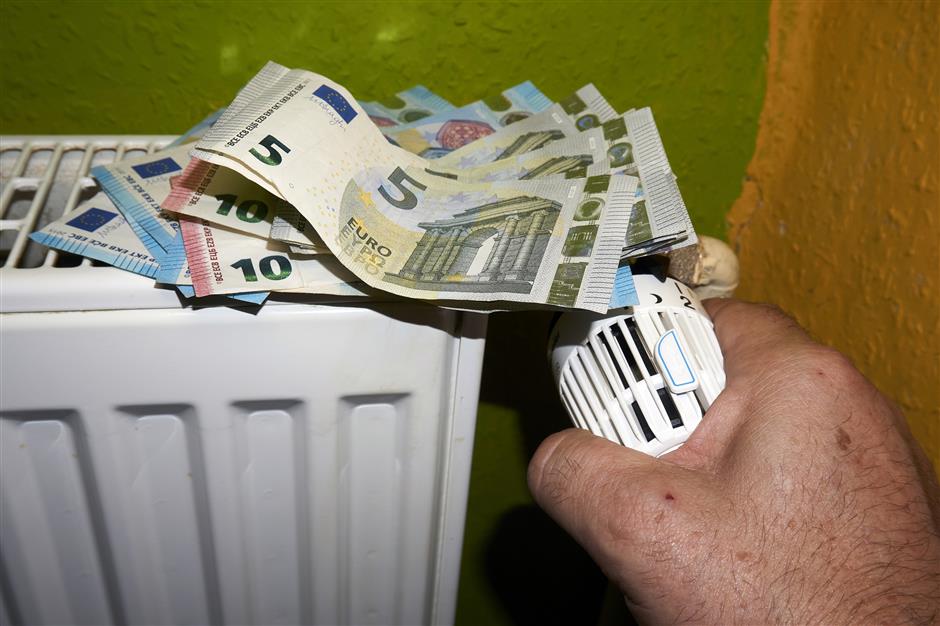 European Union figures show that price of natural gas has soared by over a half.

Electric blankets are the most popular goods because they are a third cheaper to operate than space heaters that warm up an entire room.

UK department store chain John Lewis says sales of electric blankets are up 67 percent from a year earlier, and online searches for the products have jumped nearly five times. Electric blankets rank among the best-selling home products in the UK on Amazon.com.

"Buying electric blankets or other devices rather than switching on the central heating is increasingly an option because energy bills are going up," said Hugh MacDiarmid, a retiree in Glasgow, Scotland.

Consumers in Germany confirm the trend in a country that imported 56 billion cubic meters, or half of its natural gas, from Russia in 2021.

Wang Shiyu, a human resource employee working for a company in Berlin, said she began shopping for electrical heating devices after her landlord said her rent would be going up to cover rising natural gas fees.

"Many Germans are buying electric blankets and heaters, fearing that central heating supplies may be suspended this winter, especially after recent explosions in the Nord Stream pipeline," Wang said.

The electric blanket sprang from the work of a US Navy engineer, who designed an electrically heated flying suit for World War II pilots on missions at high altitudes. The principles of the suit later evolved into the blanket.

The China Household Electrical Appliances Association said exports of heating devices have increased this year amid a sharp decline in other China-made electrical products.

Most of the electric heaters are being sold to Italy, Belgium, the Netherlands, Spain and Germany, the association said. The number of electric blankets sold in Greece, Italy, Poland, Germany and the Netherlands has doubled.

A worker in a Chinese factory making electric blankets. Many companies are working overtime to fill orders from Europe.

Xinle in the central Chinese province of Hebei Province is known as the nation's "electric blanket town." It produces about 40 percent of China's electric blankets at some 40 companies employing 11,000 workers. Annual production exceeds 16 million blankets.

"I've been making electric blankets for 35 years and have never seen such a surge in orders," said Niu Rushe, founder of Beijiren, one of the leading brands in Xinle.

His company has been operating almost around the clock since July to meet soaring demand. Nearly 200 new workers have been recruited, and the company is still short of labor, said Niu.

Some 95 percent of the company's products are sold overseas, mainly to the UK, Italy and other European countries.

In the town of Cixi in Shanghai neighbor Zhejiang Province, an electric heater factory is also operating overtime to manufacture portable heaters, mainly for a German client.

The client placed a US$1 million order for electric heaters early this year, and unexpectedly increased the order by a third in August, an official with the company told Chinese Central Television CCTV.

According to a survey by German-based GfK research group, some 600,000 electric heaters were sold in Germany in the first half of this year, a nearly 35 percent increase. The research body estimated the number could rise to over a million by the end of the year. 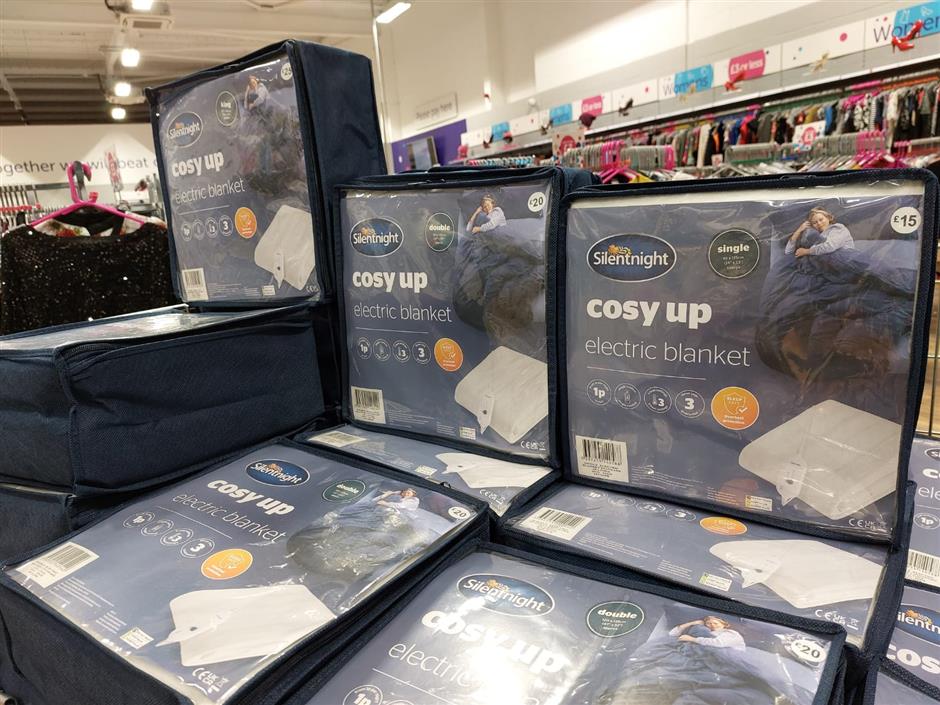 British-based brand electric blankets on sale in a department store. Many Western brands are made in China.

In the first seven months, exports of heat pumps made by Chinese home appliance maker Midea surged 215 percent from a year earlier. The pumps collect ambient warmth from the air and compress it to heat up water.

The company said its heat pumps can reduce carbon emissions up to 80 percent compared with coal-fired boilers being used to address the natural gas shortage in Europe.

Other domestic manufacturers of electrical heating products are benefiting from the trend even if they haven't seen much increase in orders yet.

The company based in Chengdu in Sichuan Province told Nanfang Weekend in a recent interview that orders from Europe were actually "insignificant" in both amount and value.

"The management of the company has noticed the opportunity created by the European energy crisis and is overcoming difficulties such as a summer power ratio and a COVID-19 lockdown to try to make some breakthrough in overseas sales," an official told the newspaper.

Wangfeng Tech, another electric blanket manufacturer in Xinle, said most companies in the city haven't yet received any actual orders from Europe.

"The news that Europeans are panic-buying Chinese electric blankets is just like a sudden storm that came out of nowhere," a salesperson of the company said.

Some European consumers aren't embracing the rush to electrical heating appliances because their electricity bills are rising as quickly as natural gas costs.

Benjamin Ley, a German student studying in Hamburg, said he will just avoid turning on his central heating unless it becomes extremely cold. He said he has no plans to buy electrical heating items.

"Thick quilts plus a hot beverage might be a more economical option for the coming winter," he said. 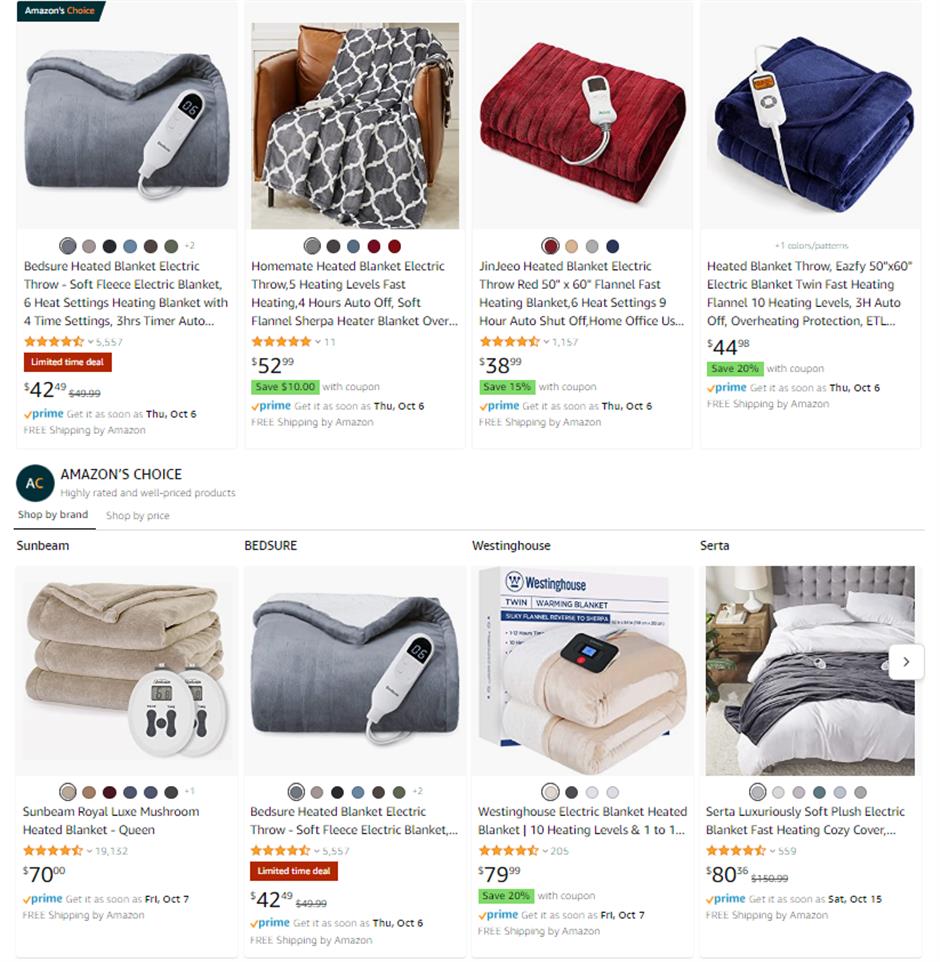 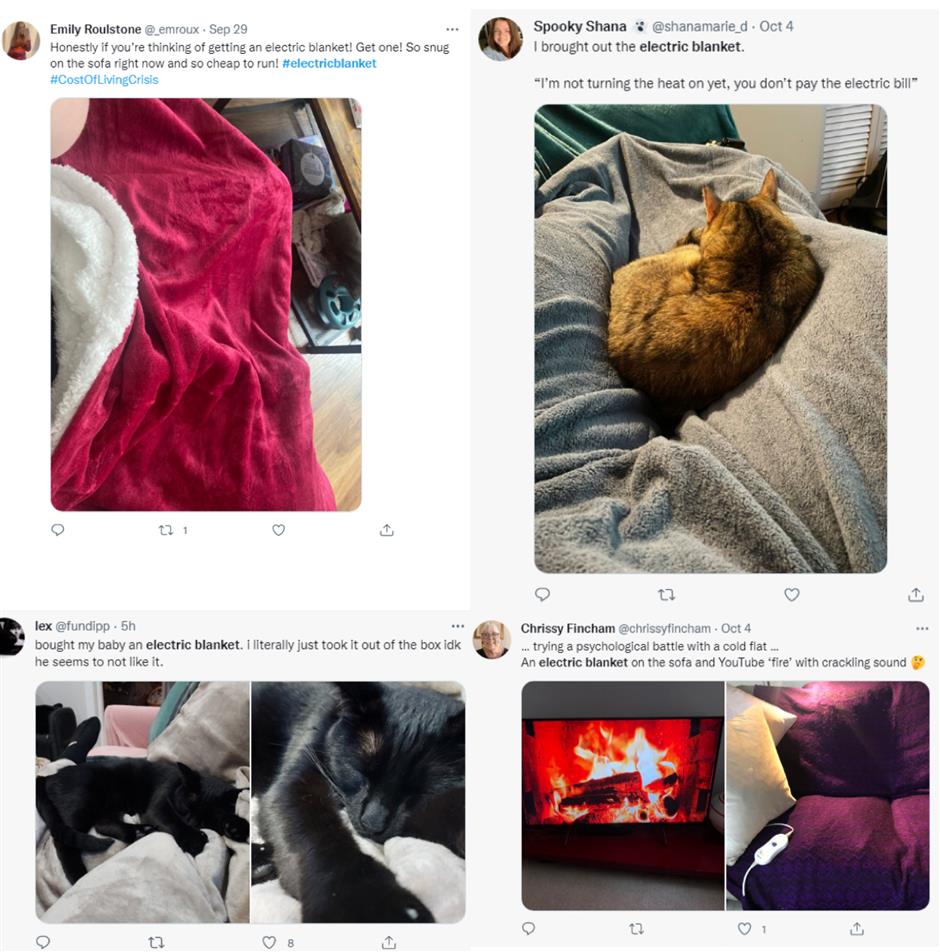 Zheng Weiwei, who lives in a detached villa in Münden with her German husband, a plastic surgeon, said many reports about the popularity of electric blankets in Germany are exaggerated.

"Some German residents have bought electric heaters and blankets, but more are purchasing stoves and stocking up on wood to warm their houses in winter, at a cheaper price and with better effects," Zheng said.

Germans are being warned about grid overload from use of inefficient heaters.

"There might be a blackout if too many households switch on their heaters in one part of town at the same time on a cold winter's night," said Kerstin Andreae, managing director of the German association of energy and water utilities, according to Reuters, citing the German-language business newspaper Handelsblatt.

"Customers could be left with even heftier power bills if they don't use these devices sparingly," she added.

Commenting on the popularity of Chinese electric heating products, experts told Xinhua News Agency that given China's economic resilience and pivotal position in the global supply chains, "decoupling from China" political rhetoric in some Western countries is both unrealistic and also short-sighted.

"The world has become more dependent on China, both as a supplier and a consumer," said Koh King Kee, president of the Center for a New Inclusive Asia, a non-governmental Malaysian think tank.

Exports have been the main engine of China's economic growth, and the EU has been one of China's largest trading partners, Bala Ramasamy, a professor at the China Europe International Business School, told Shanghai Daily.