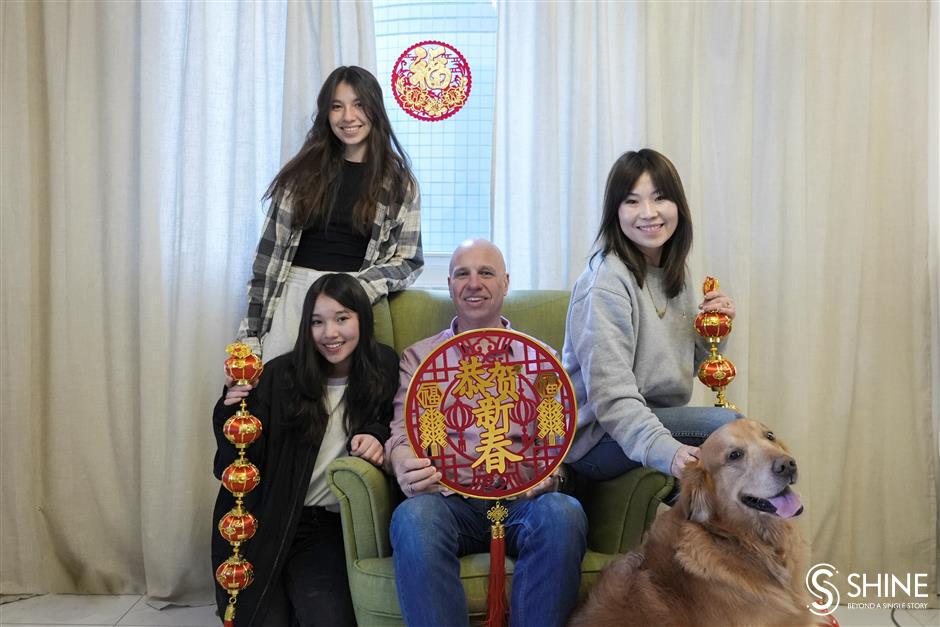 It's the coldest day of the year, but the hustle and bustle and bright red decorations in Yuyuan Garden made Damien Hehir feel warm.

The Australian went to buy decorations for the Chinese New Year on Tuesday. This year will be his 21st Spring Festival in China.

Since coming to China in 2001, the Lunar New Year has become the most significant Chinese festival for the Australian and his family.

In Shanghai, there is probably no better place than the Yuyuan Garden Malls to get all the decorations for the Spring Festival. Rows of stores provide all kinds of dazzling goods – all in red, mostly in rabbit themes to mark the Year of the Rabbit, which starts from Sunday.

With the COVID-related restrictions lifted, the market was packed with visitors.

"I have been to Yuyuan Garden many times over the years. It was one of the first places I visited when our school took us on a day trip around the city," he said. "I love the feeling of stepping back in time and experiencing Chinese culture and old Shanghai.

"Whenever friends or family visit us, we take them here. The most exciting time of the year to visit Yuyuan Garden is during the Spring Festival when all the decorations are up and there is an energy in the air that you can feel when you are there."

"We have a lot of dinners with the family, grandparents... We actually have four generations, and it's an exciting time for us," he said. "There are many similarities between Christmas and Chinese New Year, but they are celebrated differently. (The Chinese New Year) is a bit more formal, particularly with the red envelopes and the meanings surrounding all the decorations. It's a good time to enjoy Chinese culture."

Cleaning and decorating the house is an important part of the holiday routine for Hehir and his family, and this year buying festive decorations is Hehir's job. 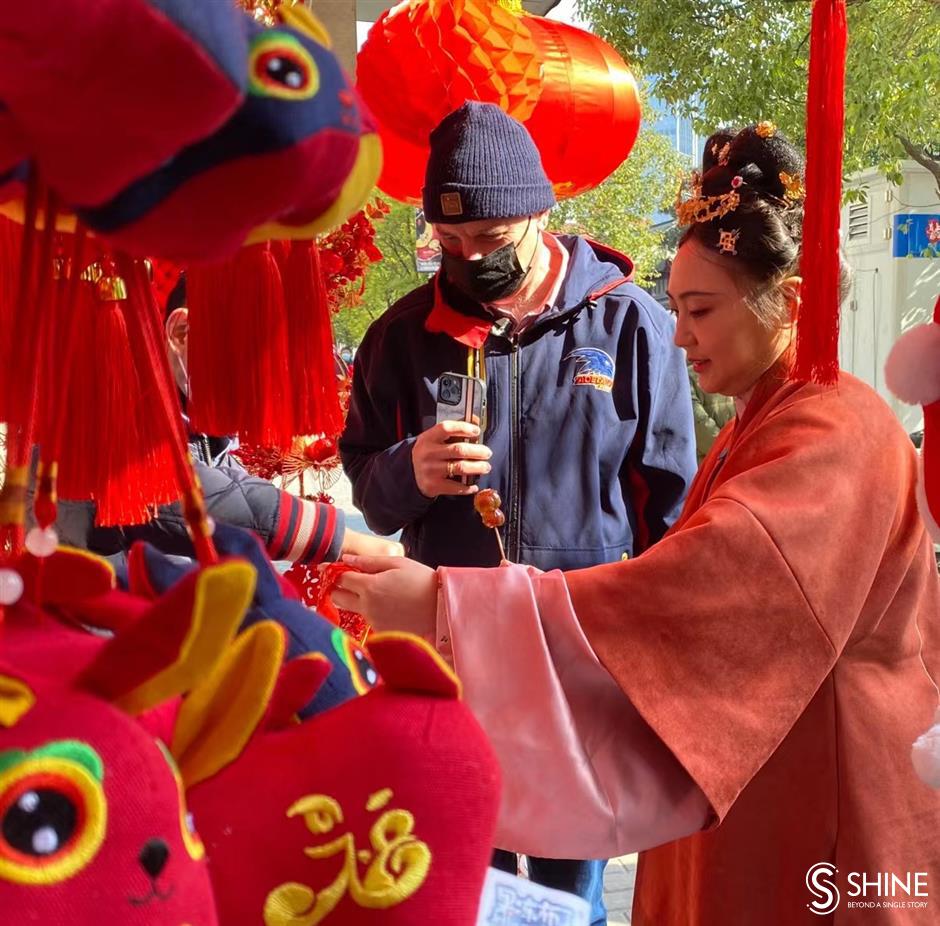 Hehir looks at the Chinese New Year decorations at Yuyuan Garden Malls with the help of a guide.

After going around the crowded streets and stores, Hehir took home a large bag of red lanterns, Spring Festival scrolls, paper-cutting window decorations, and a pot of yinliu (a species of willow) bonsai.

The family's golden retriever, Roger, wagged his tail happily at all the new stuff. The family began to do decoration work. The food preparation was underway as well. Hehir said that, like most Chinese families, dumplings and babaofan (steamed sweetened glutinous rice with eight distinct ingredients) could be found on their New Year's Eve dinner table.

Hehir said that, apart from family reunions, another part of the holiday that he enjoyed is sitting down on the sofa and watching the Spring Festival gala together. Although he didn't understand most of the content, the singing and dancing and the stage are fun, and with the gala on, he could count down to the New Year with his family. Now it's time to make a New Year's wish!

Hehir said he is very excited about the new year as life is finally getting back to normal after the three-year pandemic.

"I've been in Shanghai for a long time, and I remember the good times," he said. "And it's an opportunity for our family to travel overseas again. My New Year's wish is that I could go back to my home country of Australia in summer, and of course, a happy, healthy and prosperous new year to everybody."