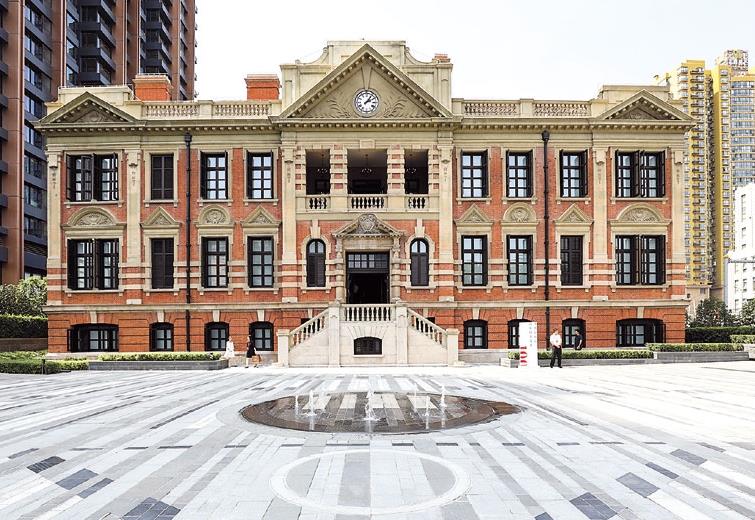 Exterior of the Shanghai Chamber of Commerce

A historical building that once housed China’s first modern chamber of commerce has reopened after seven years of renovation, with an inaugural exhibition of its own history.

The former office of the Shanghai Chamber of Commerce is located on the northern bank of Suzhou Creek, an area that was the cradle of commerce and finance in the city about a century ago.

The chamber was founded in February 1912, and once stood among 21 warehouses and 205 companies. It assisted in efforts to draft China’s first business law, and it opened the nation’s first arbitration office, its first commodity exhibition center, its first business library and the first retail mall selling diverse domestic merchandise.

“The chamber strove to drive the prosperity of the local business sector, along with supporting various patriotic campaigns,” said historian Jiang Yihua. 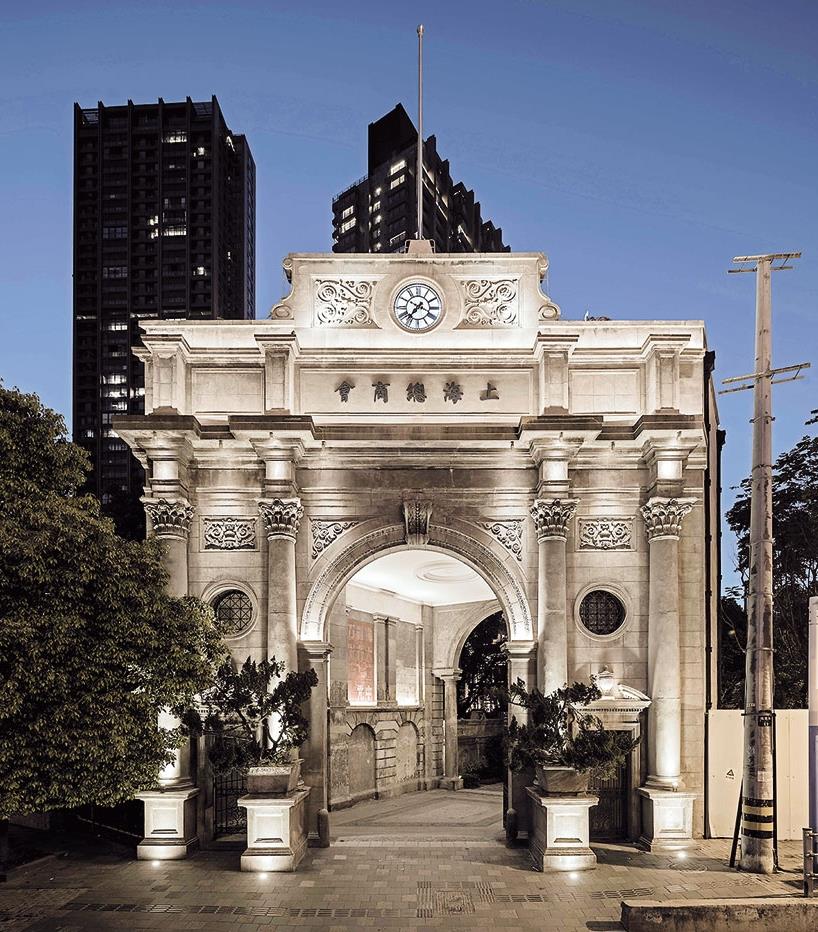 Gateway to the chamber building

The chamber’s office building was completed in 1916. Some years later, a giant gateway was erected on the south of the building.

The compound was the work of Atkinson & Dallas, a British architectural company that thrived in Shanghai in the early 1900s.

The gateway’s design was based on the Arch of Titus in Rome, featuring four pillars in the typical Corinthian style of ancient Greece.

The three-story red-brick office building itself was in the style of Western classicism, featuring a symmetrical facade adorned by pediments above the gate and windows.

The centerpiece of the facade contains two Ionic pilasters, commonly seen in classical Greek temples. Running from the second to third floor, the two pilasters hold up a giant pediment embodying the baroque style and an inlaid round clock. 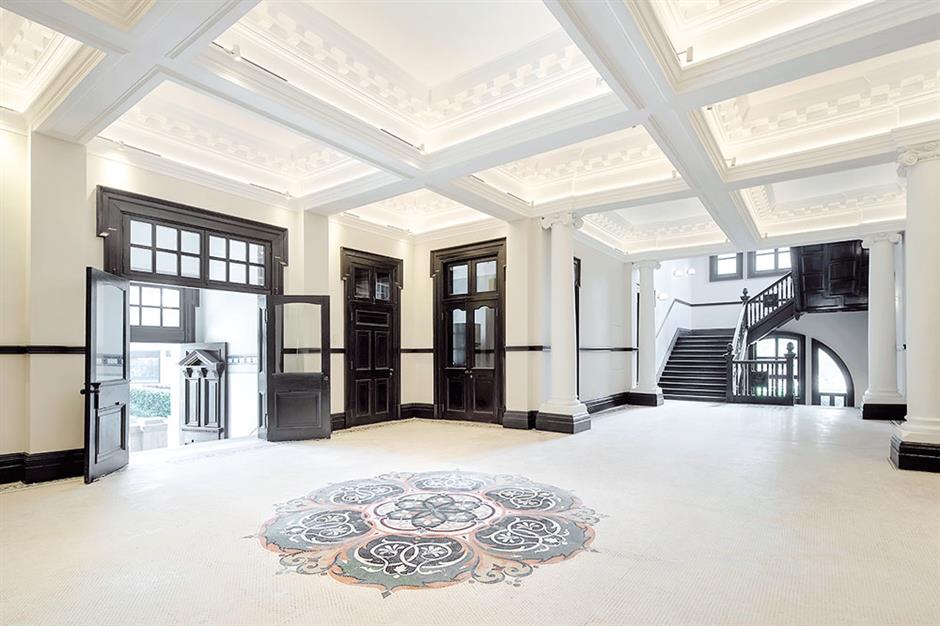 Foyer inside the chamber

The highlight of the structure, according to local architectural expert Zheng Shiling, is the two-story high conference hall, which can hold 800 people. It features an 18.3-meter-long ceiling dome, dark wood paneling on walls, and corridors with ornate decorations and elegant railings.

The building, at 470 Beisuzhou Road, was a far cry from its present appearance when Ling Yingsong, who was in charge of the restoration work, first visited the site in March 2011.

“It was a ruined and abandoned building, featuring mottled bricks, tiled windows, mildewed walls and peeling ceilings,” he said.

After the chamber was shuttered by the Kuomintang government in 1929, the building was variously used as a school and factory site.

In the late 1950s, an electronics manufacturing factory moved in, inflicting major damage to the building. The gabled roof was converted to a flat roof to make room for a fourth floor. The balcony on the third floor was walled in, and the facade was repainted. Cranes and machinery worked inside.

Conference hall, which can hold 800 people

In recent years, construction on Metro lines and nearby skyscrapers caused further deterioration of the building. Walls started to crack.

“Luckily, the major structure and the main interior decor were more or less intact,” Ling said.

But it was still no easy task to restore the building to its former glory. Original drawings and photos were scarce.

“We used a microscope to see through the wall paneling of the conference hall,” he said. “We found the wall had been repainted 11 to 13 times.”

It wasn’t until 2015 that some evidence was found of the balcony on the third floor. Workers found traces of it when they peeled off the thin walls.

In the basement, workers found steel bars made in England 100 years ago, and they dug out five historical boundary markers, including one for the chamber of commerce.

Workers removed coats of paint on the facade, repaired the broken mosaic tiles according to techniques used back then, and inserted steel bars into the wooden staircases as reinforcement.

Ling said historical traces were retained so that the building would bear testament to its history.

For example, a long wall between the gateway and the building, has two colors. Documents showed it was originally built in 1913, using red brick. In the 1920s, a cement layer was added, as was the popular custom at the time. Ling said part of the cement wall was retained to show the site’s evolution.

New ideas were also injected into the renovation. One is a large inverted image paved with stones of different colors on the ground in front of the building.

The building’s current tenant is luxury goods brand Bvlgari. Under the restoration plan, it will open as a dining and banquet venue in late June. But visitors will still be allowed to view the building.

Through December 16, guided tours will be available from 9:30-11am and 3-5pm, Tuesdays through Sundays. Reservations are required. They can be made at http://h5.rowchina.cn/oct/.

Over that period, a free exhibition tracing the chamber’s history and its restoration will be offered. Old photos, original drawings and relics from the old building are displayed.