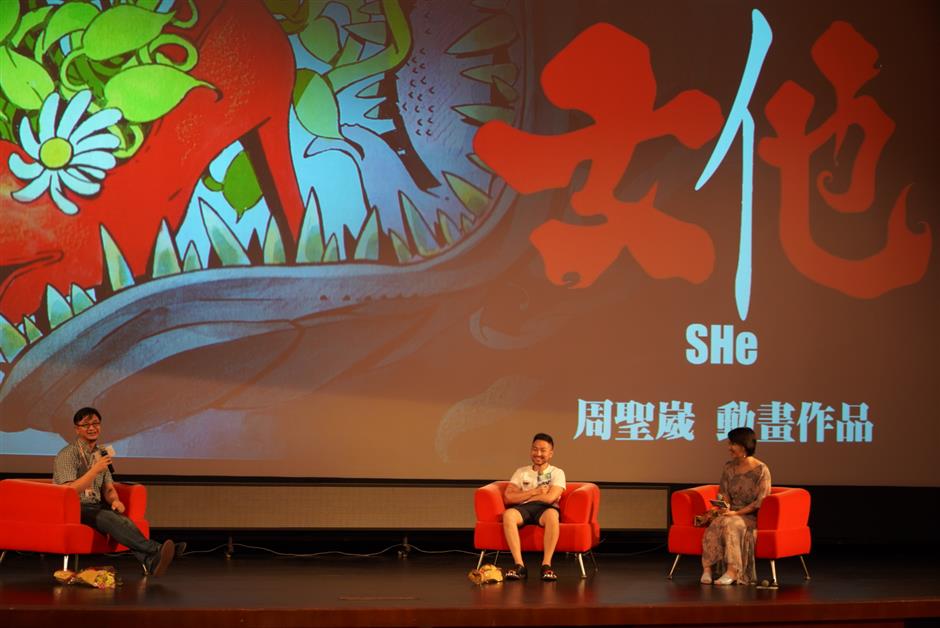 "SHe," the latest offering of young Chinese animated filmmaker Zhou Shengwei, premiered at the Shanghai Institute of Visual Arts on June 20. Zhou also held talks with local college students and movie buffs after the screening.

The 95-minute film is Zhou's first feature-length animated movie. It's vying for a Golden Goblet award in the animation category at the ongoing 21st Shanghai International Film Festival.

It took Zhou around six years to make the avant-garde production, which is composed of over 58,000 photos. Most of the film's characters and scenes are inspired by items for daily use. Zhou made the 268 or so models in the movie on his own.

The film is a fantasy story about shoes fairies. It also portrays a touching mother's love, even though it is set in the world of shoes.

According to the 27-year-old director, animation is an ideal art form because it can venture beyond cultural boundaries. 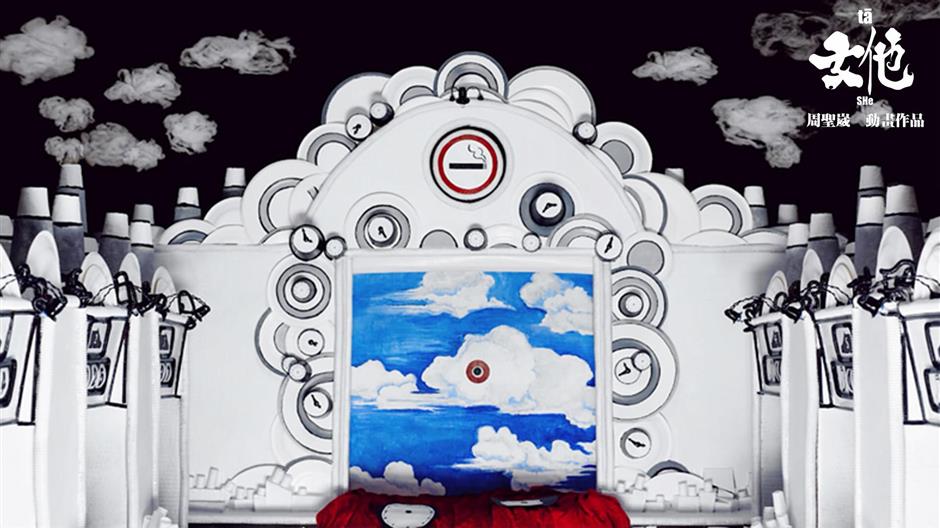