A high flier with no plans to ground herself

Minhang resident Wu Eryu is the oldest air hostess flying for Shanghai Airlines, and at 56, she’s not ready to hand in her uniform.

She became a cabin attendant back in the era when a job as an air hostess was considered glamorous. It stood for beauty, travel and adventure.

However, it was a career she had never foreseen. She had been working as a file clerk for Shanghai Textile Factory since the 1980s. It was one of those “iron rice bowl” jobs that promised work until retirement and provided amenities that made actual salaries not so important.

But when the textile industry was restructured in the early 1990s, 550,000 workers were sacked, including Wu.

The All China Women’s Federation and Shanghai Women’s Federation persuaded airlines to recruit cabin attendants from sacked workers, and Wu was one of the 18 laid-off workers hired. She was 31 years old when she began flight training. 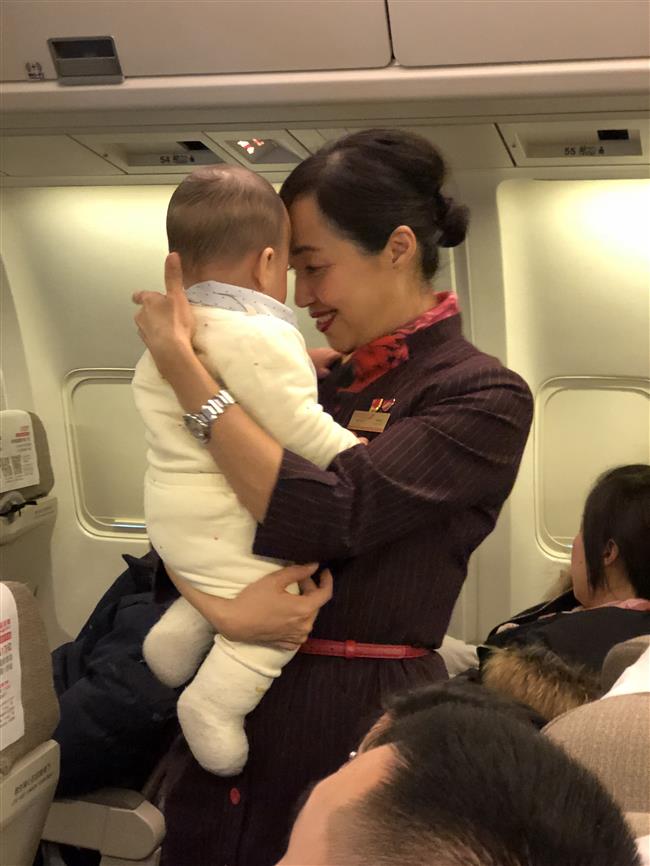 Wu comforts a baby to enable its mother to have a rest.

Most trainees were in their early 20s.

Her first lesson: smiling. The instructor handed the trainees a sheet of paper and a mirror. They were told to cover their lips with the paper and practice making their eyes smile for 45 minutes.

“The worst subject for me was English,” said Wu. “Some of us even didn’t know the alphabet.”

The nation’s transition from a centralized, planned economy to market-oriented economy shifted Wu’s attitude about work.

“My motivation was simple — just do my job,” she said. “I needed to support my family, our parents and my children. I needed to survive, so I needed this job.”

She recalled her first flight.

“I wanted to throw up,” she confessed, “But I couldn’t do that in front of passengers. So I kept my smile and poise, and walked gracefully down the aisle to the restroom.”

In her early days aloft, Wu had to improve her Mandarin skills, learn English and overcome persistent airsickness. But she received compliments from passengers about the friendly service she provided and won a merit award a year later. 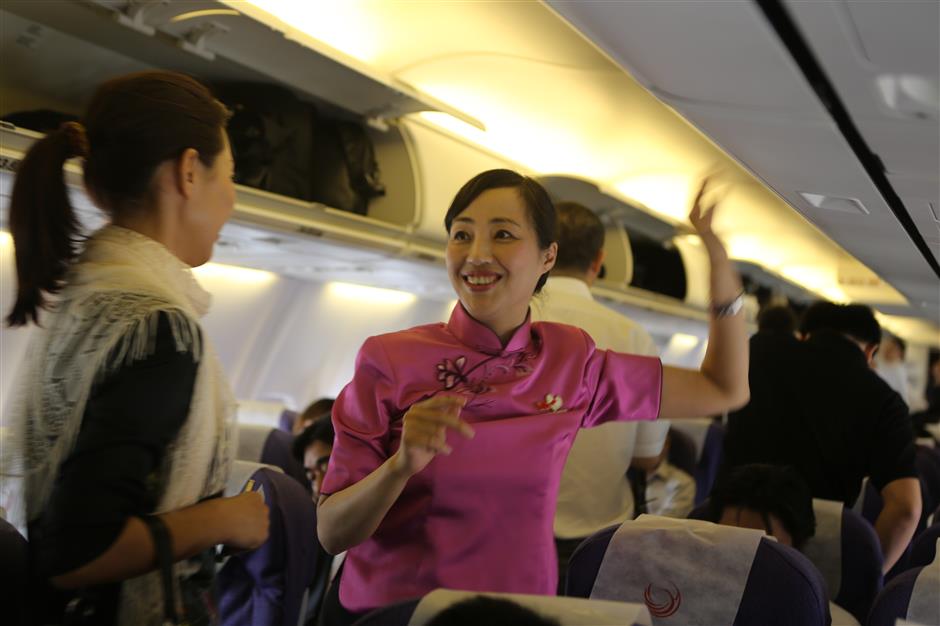 Handling a passenger angry about flight delays was always a challenge.

“I was the first person that passenger met on broad, so he took his anger out on me,” she said. “That taught me what service really is. It’s having empathy with passengers, to understand them and put myself in their shoes.”

She observes each passenger when they are boarding and takes notes of any signs of special physical or emotional needs.

“One boarding passenger inquired if the flight provided breakfast,” she said.

“I could tell he was very hungry. I remembered his seat number. Though I couldn’t leave my position, I called the cabin and asked them to take some snacks to that passenger. He was impressed.”

The cabinet is a closed, mini-environment where anything can happen. Wu’s close observations once helped detect a thief on a flight. She remembered the passenger boarding the plane without any carry-on luggage, but she later noticed him moving luggage on the baggage rack.

“We carry out our service with professionalism,” she said of air hostesses.

“We can’t wait until passengers ask for our assistance but at the same time, we can’t give every passenger everything he may want.”

Wu has studied a bit of psychology, mechanics and manners — subjects that overlap with her job. However, she noted, offering good service is not equal to being a servant.

“Passengers aren’t gods,” she said. “I always consider them as family or friends. Providing the right assistance and meeting their needs at appropriate times can be very rewarding.”

In a nod to her skills at customer service, Wu won awards as a Shanghai Model Worker and a May 1 Labor Model.

After working on flights for two decades, she said there are always things to learn, such as the perfect gesture for handing a passenger a bottle of wine, and how to assume the “crunch down” position in the most graceful way.

For example, blankets can bring privacy to breastfeeding mothers or provide safety on steps that are slippery.

“If you get lazy, then you will be alienated and become replaceable,” said Wu.

“You become more valuable and a better person by working hard. It’s important to align work and values. We become defined by the quality of our work.”

The key to truly good service is warmth and sincerity.

Wu, who comes from a family of Party members, was born on Army Day. Her parents named her Yu, which means 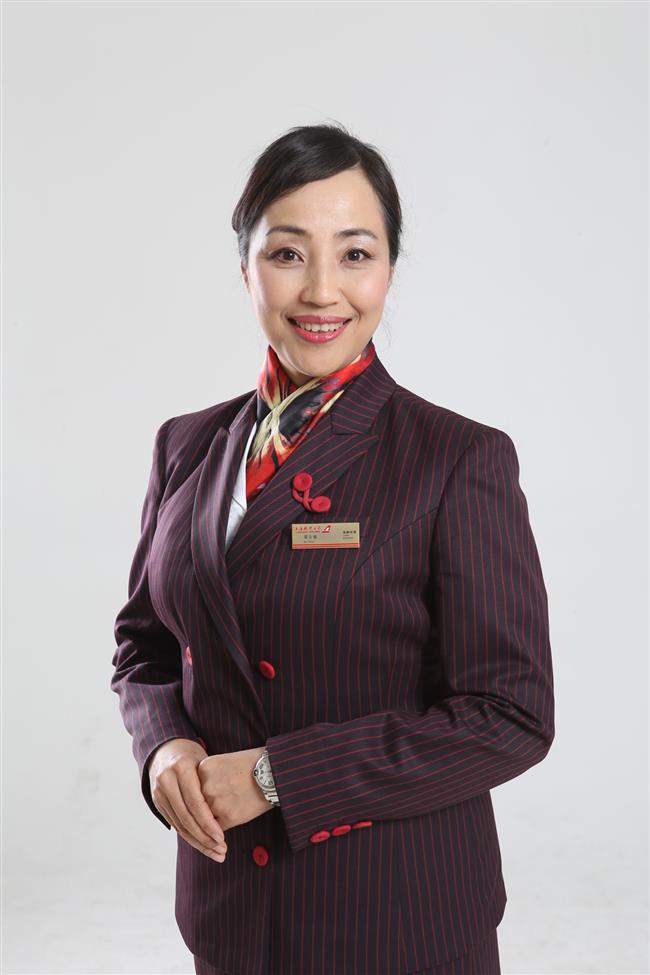 Shanghai Airlines had only eight airplanes in the 1990s, and the airline was a symbol of luxury. Now the airliner flies in a much more competitive industry.

“Wi-Fi on planes now means passengers can broadcast their whole journey,” she said.

“I haven’t thought about that yet,” Wu said.