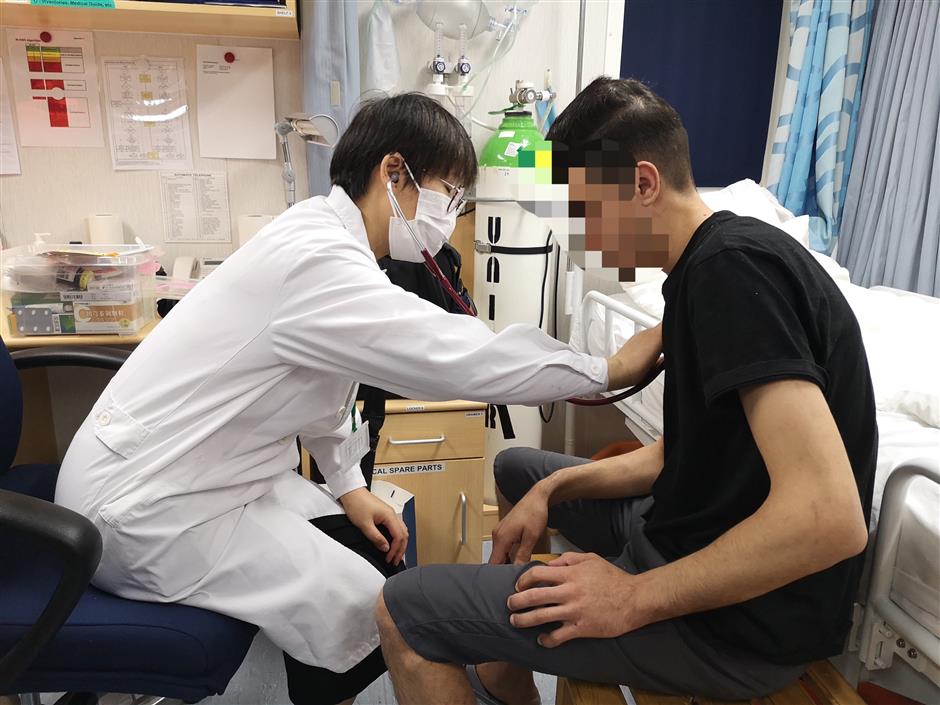 A doctor checks the health condition of a stowaway onboard a Danish vessel.

Nine stowaways from Africa trying to get to Europe received medical attention at Shanghai's Yangshan Frontier Inspection Station after they got on the wrong ship, the station said on Wednesday.

Since their identities were not confirmed by the involved countries, they had been let go with the vessel and are likely to be returned to the place where they boarded.

Officers at the station said the men had hidden in empty containers which were loaded onto the Danish vessel at a port in Morocco. Each had paid a smuggler US$250.

After they were discovered by the crew, they had to stay on the vessel as it sailed to a number of Asian ports, docking at the Yangshan Deep-Water Port in late June and last week. When they arrived at the port last week, they complained of symptoms that included headaches and itching.

The frontier inspection station then sent medics on board.

The vessel left port on Sunday morning to return to Europe but is likely to stop in Morocco to allow the stowaways to disembark.

Officers at the Yangshan station said they had handled a similar case more than a decade ago. In that case, stowaways stayed on board for several years because of a failure to confirm their identities.

In another illegal immigration case in 2012, an African who wanted to go to Britain took a 4-hour ride to Djibouti and then swam for three hours to get a ship, which then headed to Shanghai. 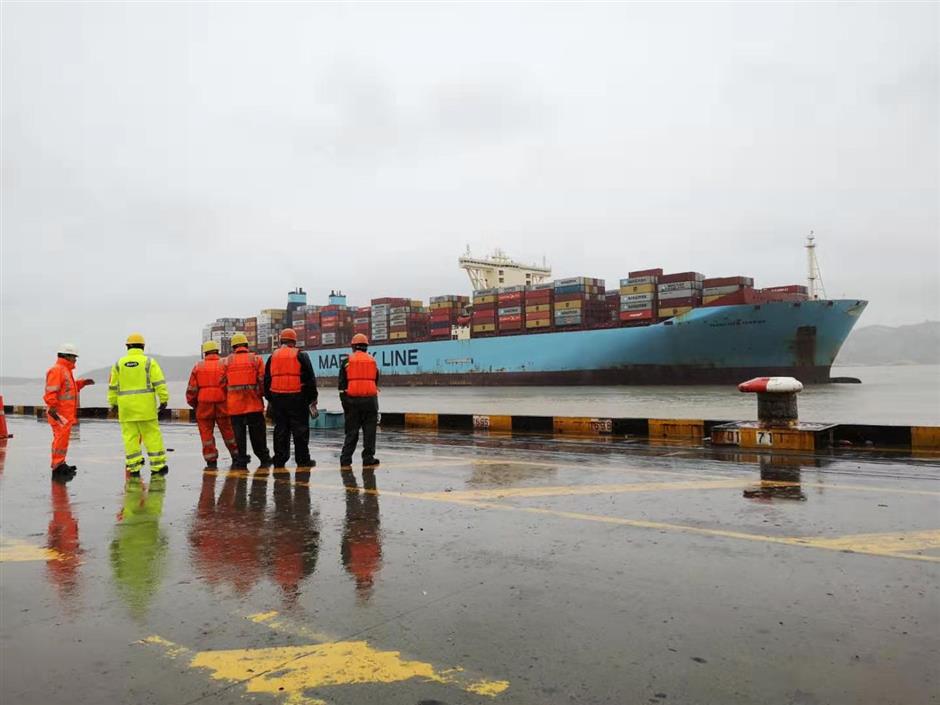