The 2019 J.P. Morgan China Squash Open will take place on the bank of the Huangpu River between September 4 and 8 as the first PSA World Tour event of the 2019/2020 season.

Forty-eight top professional squash players from 16 countries and regions will compete on the rooftop of The Peninsula Shanghai over five days for the biggest share of the total US$224,000 prize money.

The J.P. Morgan China Squash Open will star both the reigning male and female World No.1s — Ali Farag and Raneem El Wilily — for the first time since 2015.

At the press conference on Wednesday (JULY 24) announcing the event, the ticket design was also jointly unveiled by the distinguished guests.

The Professional Squash Association World Tour has a tradition of hosting events at world renowned landmarks. Over the years, the PSA World Tour has taken place at the Pyramids of Egypt, The Grand Central Terminal in New York, The Tower Bridge in London and the Arc de Triomphe in Paris, among others, offering audiences the ultimate viewing experience.

As a PSA World Tour Gold Tournament, the J.P. Morgan China Squash Open, taking place on the bank of the Bund in Shanghai, has brought unique views to the World Tour series for the past few years. 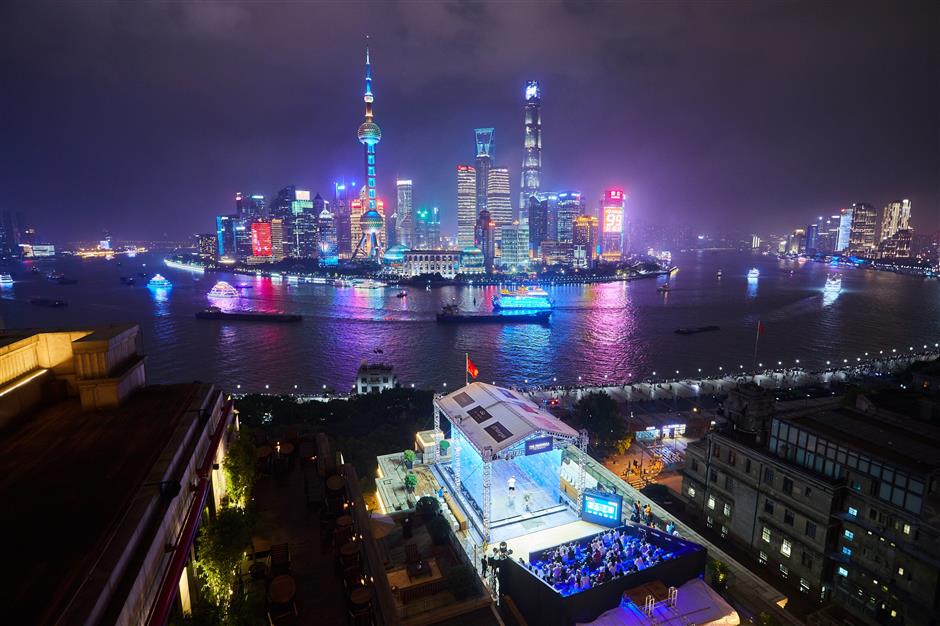 The venue of the 2019 J.P. Morgan China Squash Open remains at the sky terrace of The Peninsula Shanghai, overlooking the spectacular Bund with magnificent panoramic night views.

But the Open does not earn its place as a PSA World Tour Gold Tournament through the magnificent view alone. It is also through the high-quality preparation and execution of the tournament that makes it more attractive for the world’s top players. This year Ali Farag and Raneem El Welily will compete with other world top-15 players.

This marks the sixth year of Shanghai hosting the China Squash Open. Past editions of the event have received full support from the Chinese Professional Squash Association, the Multi-Balls Sports Administrative Center of the General Administration of Sport of China, the Shanghai Municipal Sports Bureau, the People's Government Huangpu District in Shanghai and the Sports Bureau of Huangpu District.

“The J.P. Morgan China Squash Open is currently the highest-level professional squash event on the Chinese mainland. It attracts plenty of the world’s top-level players every year. Their outstanding performances provide a wonderful squash event for audiences,” said Huang Kai, Deputy Director of Department of the Multi-ball Games Administrative Centre of General Administration of Sports of China.

“As a sport included in the Asian Games, Chinese players can also benefit from the opportunity to learn from the world top-level players at the China Squash Open.”

As the organizer of the event, SECA has rich experience in IP creation and cultivation both of grass-root sports and elite sports. Li Sheng, founder and CEO of SECA, said the China Squash Open is special in the sports IPs SECA participates in. The elite sport of squash also creates a platform for high-end social circles.

“The sport itself represents a healthy, fashionable and refined lifestyle and philosophy,” Li said.

“We hope that, through hosting the China Squash Open, the public will be more aware of, and willing to participate in, this kind of lifestyle and also connect our partners to these participants more closely."

In addition to the introduction and hosting of the J.P. Morgan China Squash Open, SECA and the co-host SECA Academy have also made continuous efforts to cultivate squash talents. Since 2014, SECA Academy has become the training center and talent reserve for the Chinese squash team.

The players who have trained at the Academy over the past six years have started collecting accolades in various international youth competitions. A student representative who attended the press conference as a prominent player, said he hopes to learn from his predecessors and to participate in the PSA World Tour one day. He also called for more children to participate in squash to make China thrive on squash. 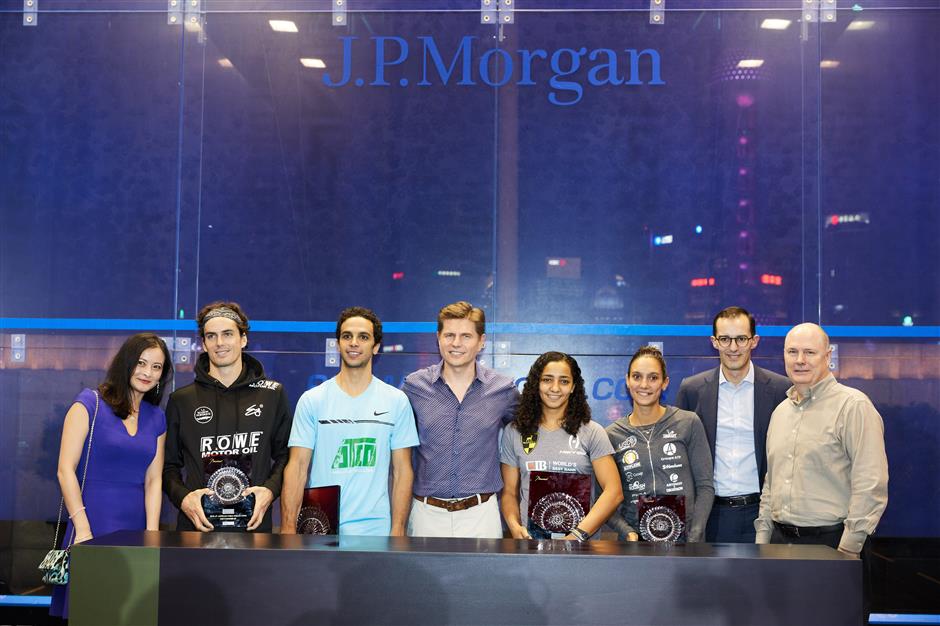 After 5 days of intensified competition, 2018 J.P. Morgan China Squash Open rounded off with Mohamed Abouelghar and El Welily from Egypt being crowned on the man and women’s.

The J.P. Morgan China Squash Open has set up an excellent platform for companies committed to promoting high quality and healthy lifestyles. Following the 2017 and 2018 tournaments, J.P. Morgan has once again signed on as the title sponsor of this year's event.

“J.P. Morgan is delighted to continue our title sponsorship of the China Squash Open, helping bring one of the world’s top squash events to this new base of fans,” said Mark Leung, CEO of J.P. Morgan China.

“China represents a significant market for J.P. Morgan and we are committed to serving our clients here with the full force of the firm. Our sponsorship of this exceptional event demonstrates our commitment to this critical market and its local communities.”

As a loyal partner of the J.P. Morgan China Squash Open, The Peninsula Shanghai has provided the tournament venue for the event for six consecutive years, witnessing the entire process of the event’s growth in China.

“Along with the Huangpu River, it provides an unparalleled viewing experience. As a fashionable and healthy sport that is enjoyed by elites, squash is in line with the ultimate experience and quality of life that The Peninsula Shanghai pursues.”