And they're off! Shanghai marathon set for November 17

The 2019 Shanghai International Marathon will be held on November 17, featuring a total of 38,000 participants, organizers announced yesterday.

The route of the full marathon will cover the city’s major landmarks including the Nanjing Road Pedestrian Mall, Huaihai Road, Jing’an Temple and Longhua Temple. The finish line is at the Shanghai Stadium, where runners can enjoy after-race services like massage and ice bucket treatment for their feet.

The organizers have increased the number of supply stations along the route to nine from last year’s eight. Runners will be provided with bananas, cucumbers, chocolate, mini cakes and energy bars.

International bands will be arranged along the route to cheer the runners on. The full marathon runners who manage to finish within three hours will be awarded with specially made T-shirts by the organizer as encouragement.

All marathon runners will be provided with a towel and slippers after the race. The number of volunteers is being increased this year. 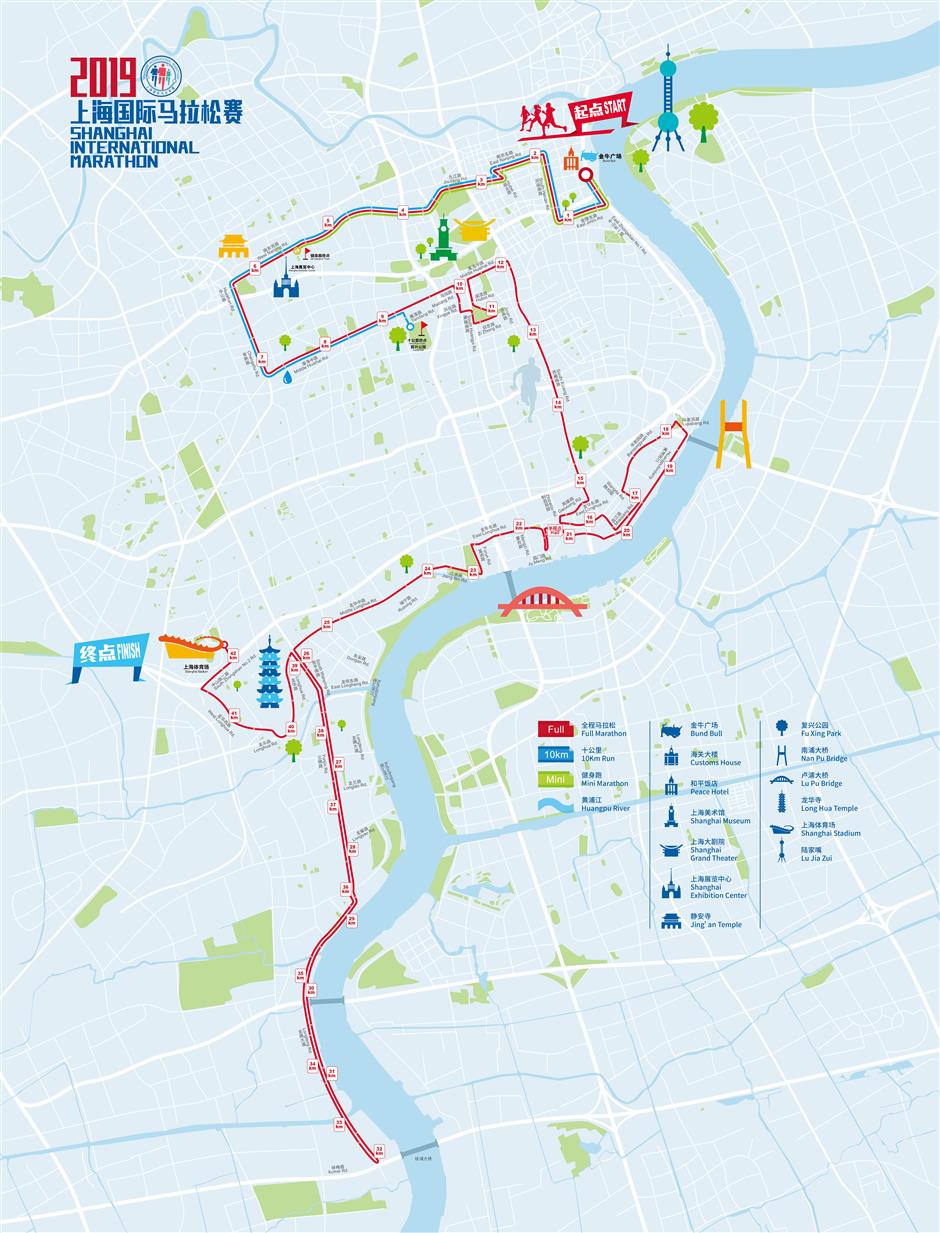 The route of the marathon will cover major landmarks.

“At last year’s event, 720 runners finished the full marathon within three hours, which was a record among all marathon events around the country,” said Zhou Jin, general manager of organizer, Shanghai Donghao Lansheng Event Management Company.

“Shanghai International Marathon has been rated as a golden-label road race by the IAAF (International Association of Athletics Federations).

"Our next goal is to build the annual event into a platinum-label race, a higher road race category IAAF introduced in 2019."

Registration opens for general runners from August 1 to 12. Those interested can log onto www.shang-ma.com or the event’s official app to register.

Slots will be distributed through a lucky draw and the results will be announced on August 23.

For elite runners, there is a green channel to assure them entry. The channel opens until tomorrow.

The organizers have set aside 500 charity quotas for runners who are willing to pay 3,000 yuan for a slot. The money will go to a running fund for charity use. 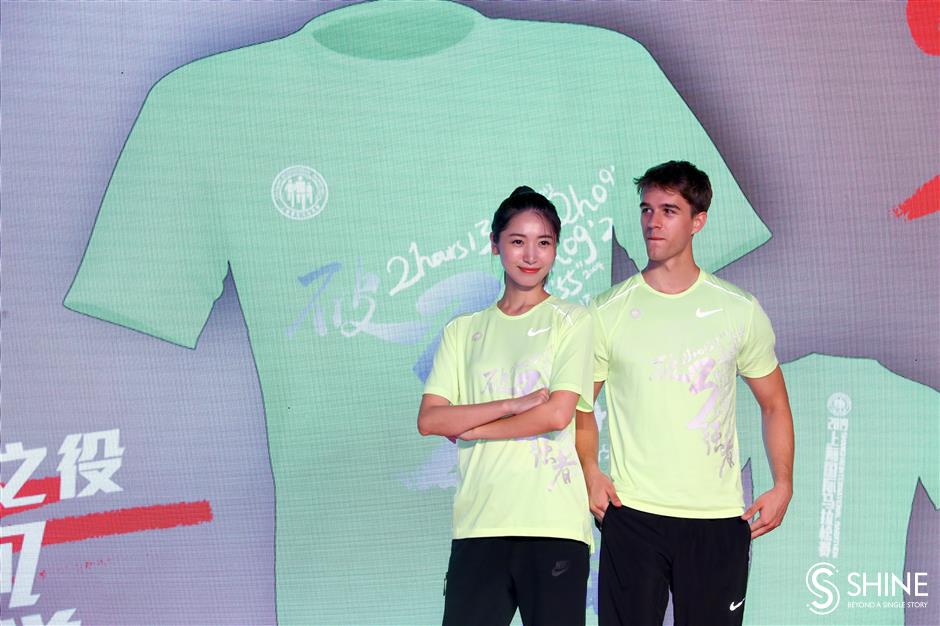 Full marathon runners who manage to finish the 42.2km race within three hours will be awarded with specially made T-shirts.