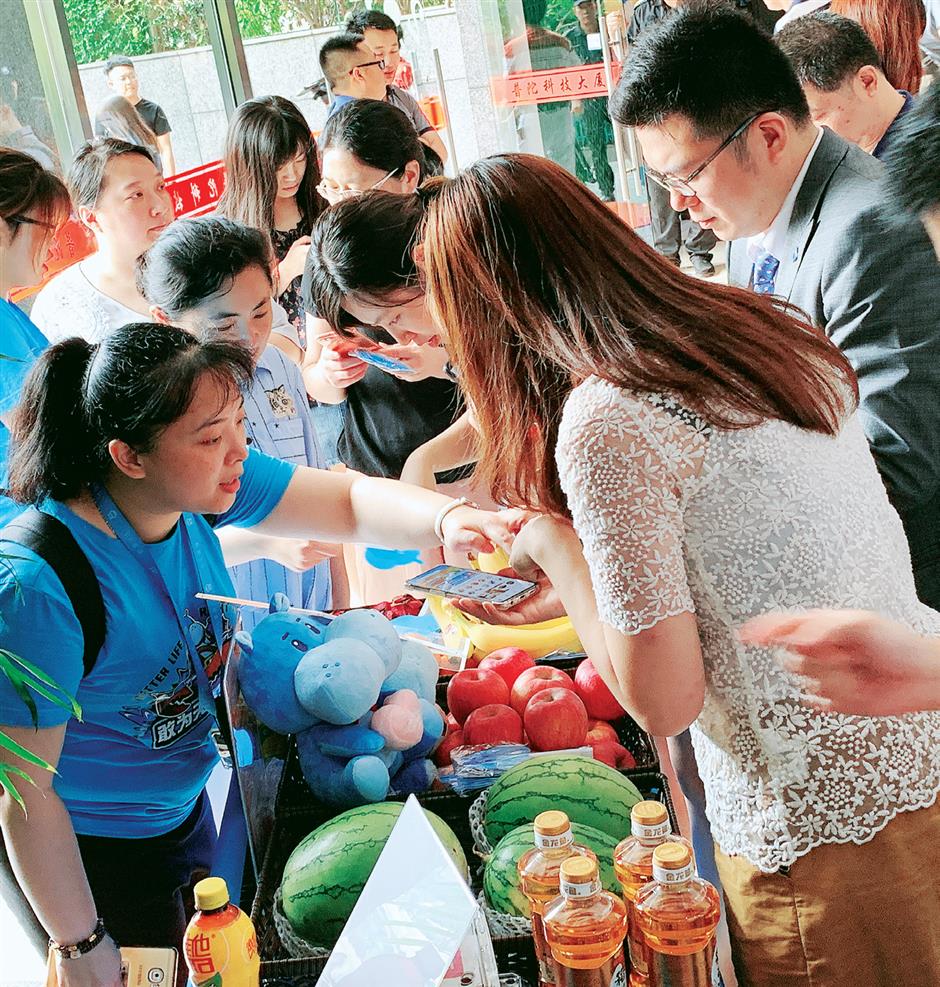 Volunteers help workers swipe their phone to pay for lunch as a meal delivery service has been introduced in Putuo’s Changshou Road Subdistrict. Benefiting about 100,000 employees in the area’s 48 office buildings and innovative parks, the service is part of the district’s “building chief” program, an effort to improve the local business environment.

The meal-delivery service, initiated by the Changshou Road Subdistrict, is expected to benefit about 100,000 employees in the city.

Prices are cheaper than the usual delivery services and health safety is assured. The subdistrict invited reputable local restaurants and online retailers to supply box meals for employees at office buildings or service stations. Each meal costs about 20 yuan (US$2.94) after a 5-yuan subsidy from the subdistrict.

The “building chief” program has been introduced to optimize the city’s business environment.

Under the program, senior district and subdistrict officials serve as “chiefs” for commercial buildings under their jurisdiction to better serve their companies and solve any difficulties.

Over 4,800 companies in 103 office buildings have been covered by the program since it was launched in February 2018. It has been promoted citywide as part of the city’s business environment campaign.

Putuo “building chiefs” survey found there are over 6,000 companies under the jurisdiction of the subdistrict, while over 90 percent have no canteen and 92.6 percent of employees wanted a convenient, cheap and reliable lunch every day.

Office workers in the Changshou area have few choices for lunch, said an employee surnamed Shi at Technology Mansion at 1255 Xikang Road.

Many small eateries were shut down after citywide crackdown on illegal buildings, while the remaining restaurants and delivery services are too expensive, she said. Under the lunch scheme, a delivery man arrives at a building with dozens of box meals for people who order through a mobile phone app, saving labor and time. 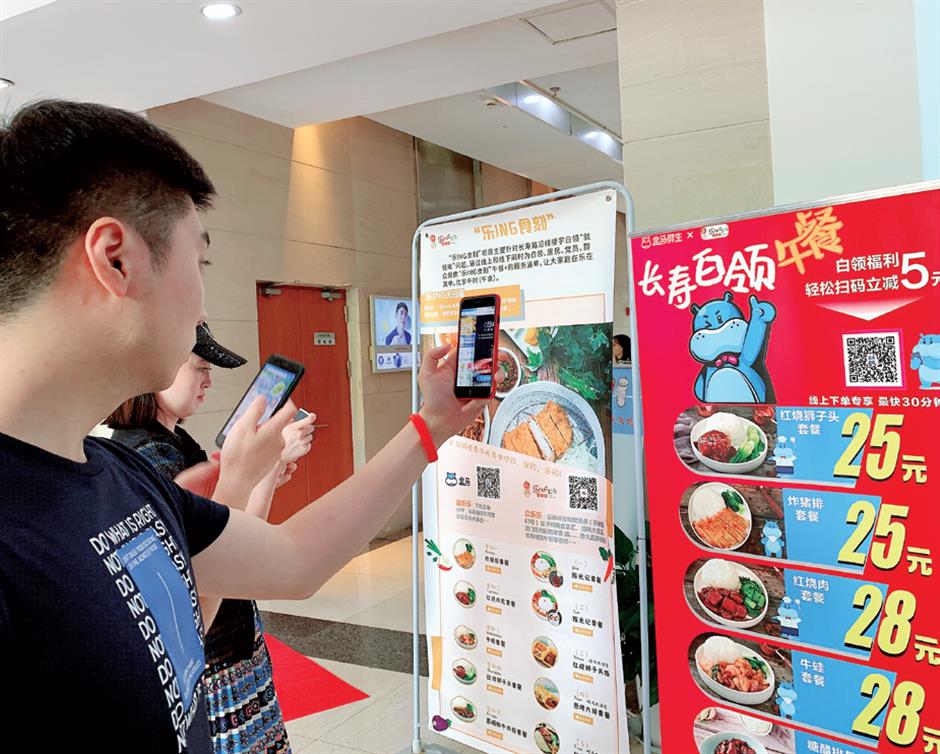 Technology Mansion employees eat their lunch boxes in a meeting room to make it easier for cleaners to regulate the garbage according to the city’s new waste regulations. The employees can also eat lunch at nearby service stations, which have been established in or near the office buildings and innovation parks in the Changshou area.

Some popular restaurants such as Hongziji and Shunfeng have been invited to send lunches to these stations.

Employees are being encouraged to take part in volunteer activities at nearby communities such as promoting garbage sorting.

Their participation can earn further discounts for meals and over 5,000 employees have volunteered.

Besides the meals, the “building chief” scheme has helped develop a dozen office buildings with annual tax revenue over 100 million yuan, said Gu Xinyu, a Putuo official. They include the Liziyuan Building in Taopu, known as the “milk tea building,” as two of the city’s most popular local milk tea franchises are based there.

Zhou Jingfang, chief of the milk tea building, helped Taiwan-based Yidiandian (A Little Tea) expand its office space to 1,000 square meters after the company complained its former 150 square meters in the building could hardly meet the rising number of employees and businesses.

Another drink franchise, Funlemon, asked to take part in the city’s garbage-sorting promotion. Zhou then organized a campaign within the office building so employees are awarded with drinks from the company after correctly categorizing their office garbage.

An electronic platform for the “building chief” scheme will be launched next month. Building chiefs will also be able to accept and solve problems through the online and mobile platforms.

Automatic alerts will be sent to the chiefs if any company is about to leave or when a lease is about to expire. The chiefs must visit immediately and solve problems for them, Gu said.