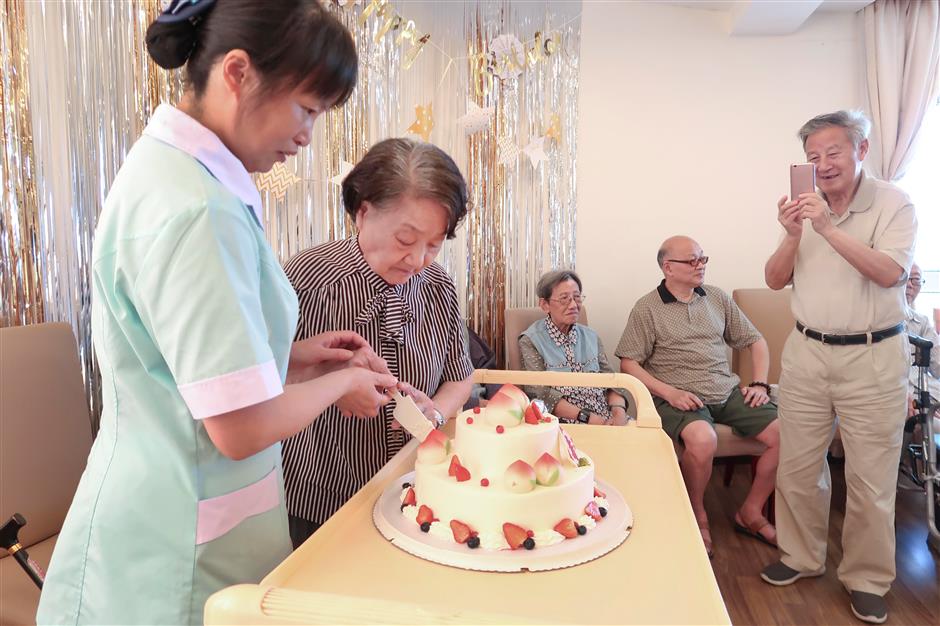 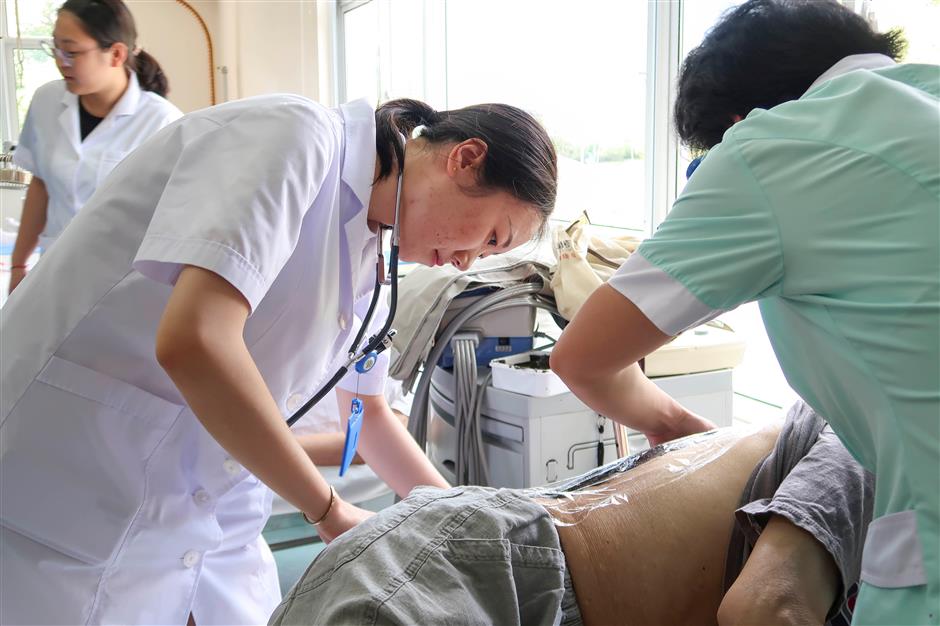 A physical therapist and a senior care worker conduct therapy at the China Welfare Institute Senior Home in Qingpu District.

As Shanghai's population ages, there is strong demand for qualified carers for the elderly. But the hard work, low pay and lack of prestige associated with such jobs have created a short supply.

One third of the city's people are 60 or older.

But at the China Welfare Institute Senior Home in Qingpu District, a group of over 50 senior care workers have been dedicating their love, passion and patience to the elderly residents over the past decade.

Most carers are between 40 and 50, and they treat residents like family.

Zhu Fenhua, 36, named one of the 50 most "beautiful" nursing workers in Shanghai, started working at the home in 2008.

"Every senior has their own character, and careful observation is important," said Zhu. "I interact differently based on their character.

"The job requires constant learning as the knowledge regarding senior care nursing is always not enough," she said. "There are always new peaks to climb and we must be careful and meticulous."

Luo Pinglin, another carer at the home, was born in a village in Anhui Province. She originally worked on a farm to support her family.

She washed bowls at a restaurant, and then became a street vendor to make a living.

When she started working at the senior home at 26, she always made mistakes. But she started learning from books and kept improving .

"I view the home as my own home, and I try my best to help the people here," said Luo.

"I pay attention to small details. In winter, I put a warm towel on toilet seats in advance to make our residents comfortable.

"My wish is their health and longevity."

Luo once followed a senior resident whose children were overseas to a downtown hospital and took care of the patient for more than 10 days.

Nursing workers at the home are busy day and night.

"Senior care workers need to get up any time in emergency if seniors fall sick," said Xu Ying, deputy director of the home.

At 4am, they get up to do preparation work for ventilation and water.

One and half hour later, they need to provide morning nursing such as helping residents wash their teeth and faces.

After 6:30am, they help with breakfast, including residents who have trouble chewing.

At 8am, they help the bed-ridden turn over. They also check their skin for bedsores or other problems.

Shen Weirong, the only male nurse at the home, said he couldn't eat for his first month at work due to the residents' defecation.

"Now, I can finish meal even staying alongside toilet," he said.

At 1:30pm, staff help residents, including the bed-ridden, shower, and take seniors with dementia and physical disabilities for rehabilitation exercise at 2:30pm.

At 4pm, they will take seniors do body balance exercises.

"It trains residents balancing ability in case of falling down," said Xu.

At night, they arrange the bedding.

"Seniors have different requirement on bedding, and each of our nursing staff knows at least five bedding ways," said Xu.

They will also make patrols, assist in residents going to toilet, do cleaning and ultraviolet ray disinfection.

They often accompany seniors to hospitals even after work at midnight because the senior home is in the suburb, and they stay with residents overnight even if it is not their duty, said Xu.

Xu Chunxiang, another worker, has been in the industry for more than 10 years.

"I was totally an outsider before entering the industry, now I am a senior nursing worker," she said. "I put seniors as priority and put them first."

"A resident requires seven towels for washing different parts, and we use different colored towels to avoid mistakes and we try to keep everyone happy and comfortable.

"We respect their personality and their individual needs."

Xu has her own way for each person.

"I talk about what they are interested in. And I observe their behavior carefully," she said.

There are about 50 residents with cognitive disorder at the home.

"We use non-medicine therapy and play games and sing together to wake up their younger times and alleviate their symptoms," said Zhu.

"We encourage them to do something themselves such as taking showers depending on their health, walking out and talking with others to keep contact with others.

"Senior care workers here are very nice to patients and they have a good attitude. They even wash feet for us, and they treat us like their own family."

Ye Yanyuan, 102, said he is happy. He has the habit of keeping accounts as a former economist.

He likes reading newspapers, taking a stroll, eating sweet food and even coke. 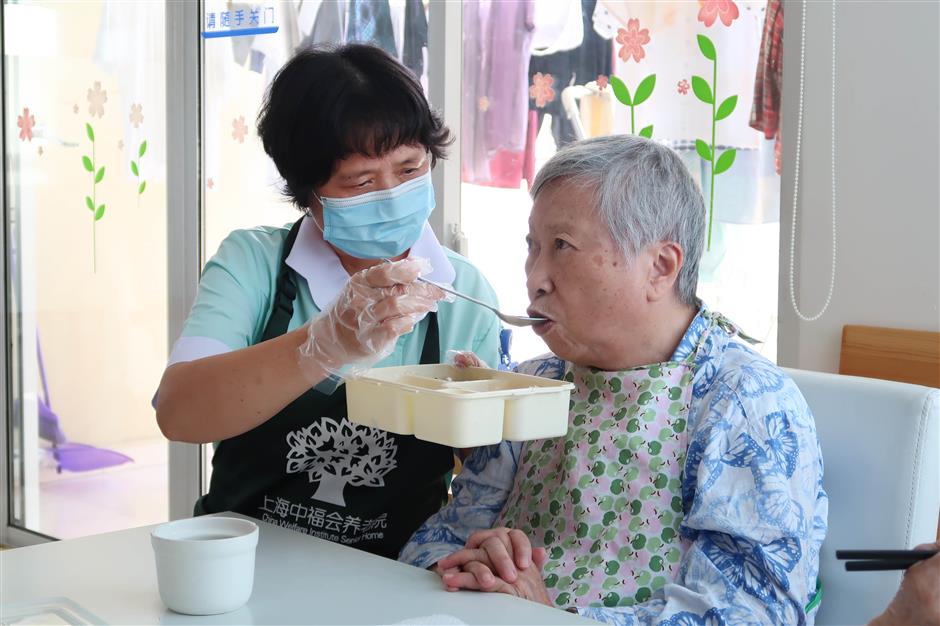