A woman who was pregnant three times with deformed fetuses has finally delivered a healthy baby girl thanks to genetic screening and reproductive technologies performed by local doctors.

The girl, who was delivered at Renji Hospital on Monday, was the first baby born using in-vitro fertilization and preimplantation genetic testing for monogenic disorders (PGT-M) to avoid Meckel syndrome, according to doctors.

Meckel syndrome is a genetic disorder characterized by severe symptoms such as enlarged kidneys with numerous fluid-filled cysts, occipital encephalocele and the presence of extra fingers and toes.

The woman got pregnant for the first time in 2016, but a prenatal check found deformity in the fetus and it had to be aborted. She also had to terminate pregnancies in 2017 and 2018 for the same reason.

The couple went to Renji Hospital for a prenatal check during the third pregnancy. Doctors carried out a genetic screening on the couple and the fetus. Tests found that both the woman and her partner have mutations on the gene TCTN2, which was believed to cause the deformity.

Doctors used the latest IVF technology to conduct genetic testing on embryos conceived from the couple's eggs and sperm. Among seven embryos, one was found not carrying the couple’s mutated genes and it was implanted into the woman on March 4.

A prenatal screening found the fetus was healthy.

“PGT-M is an effective technology for people who are at increased risk of passing on a specific genetic condition to their children. We can use the technology prior to pregnancy to greatly reduce the risk of having a child affected by some 50 single gene defects,” said Dr Sun Yun from Renji Hospital’s reproductive medicine center. 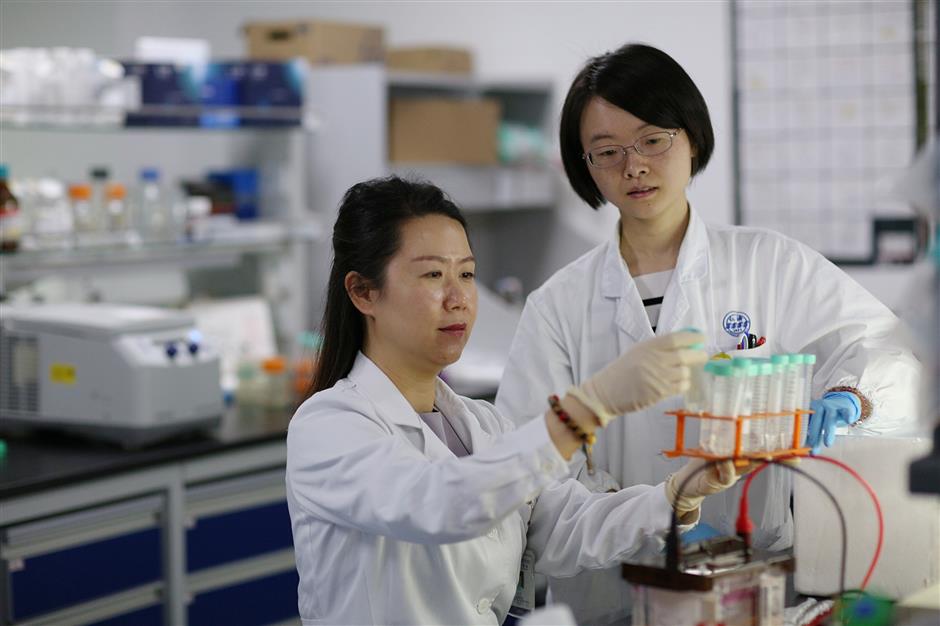