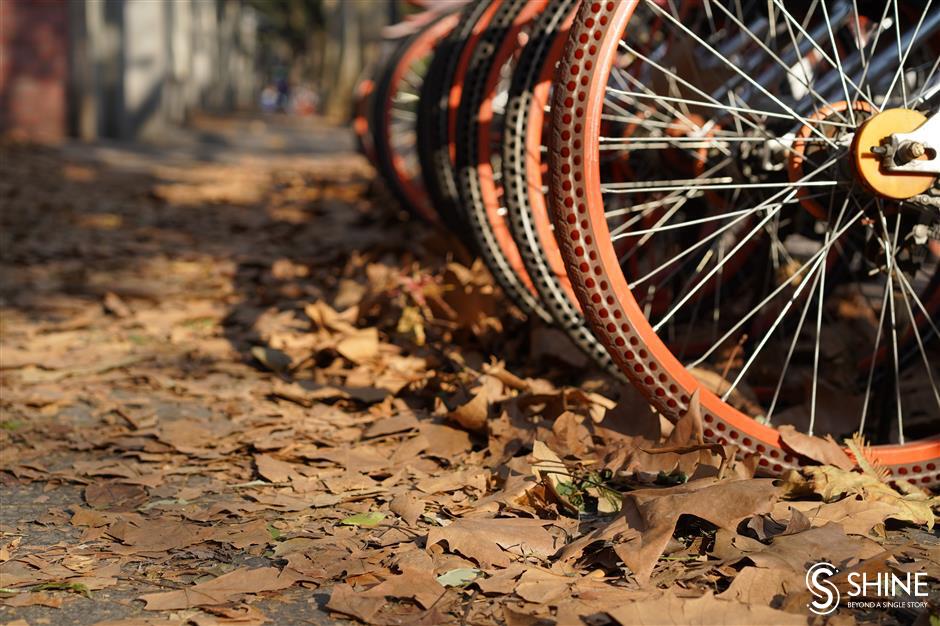 On Julu Road, an area of historical buildings, popular bars and celebrity boutiques between Fumin and Changshu roads, they added a certain French style romantic aura.

Yuncheng Road, between Yichuan and Guangzhong roads near Daning Park, was strewn with plane leaves, creating a blanket of gold. 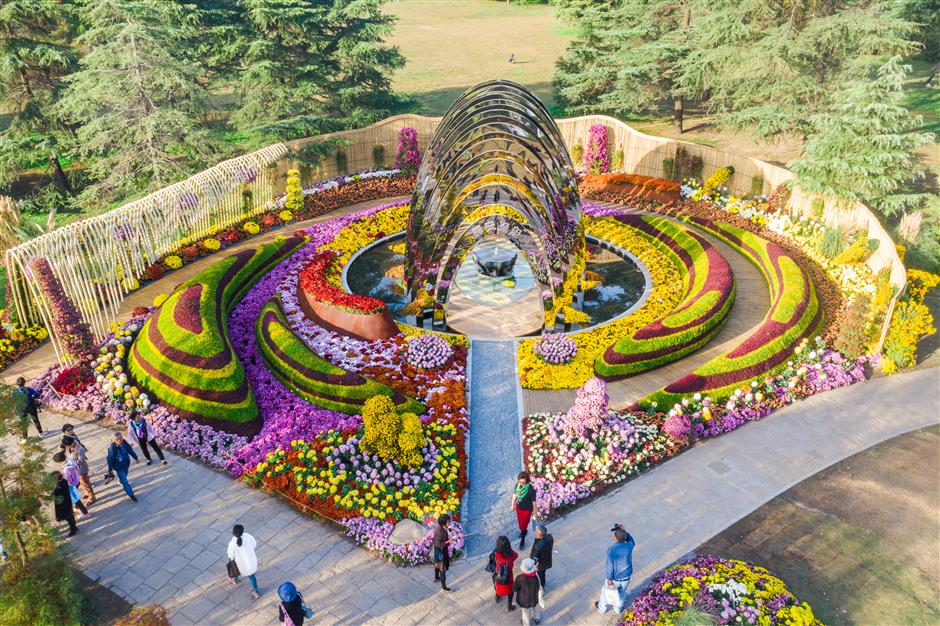 A special chrysanthemum display mounted by the Jing’an greenery authority won an award at the 13th China Chrysanthemum Exhibition held in Shanghai.

The 400-square-meter Jing’an display featured chrysanthemums in a variety of colors and included glass installations that imitated fountains and flowing water. The display was one of the most popular photo-shoot sites at the exhibition. 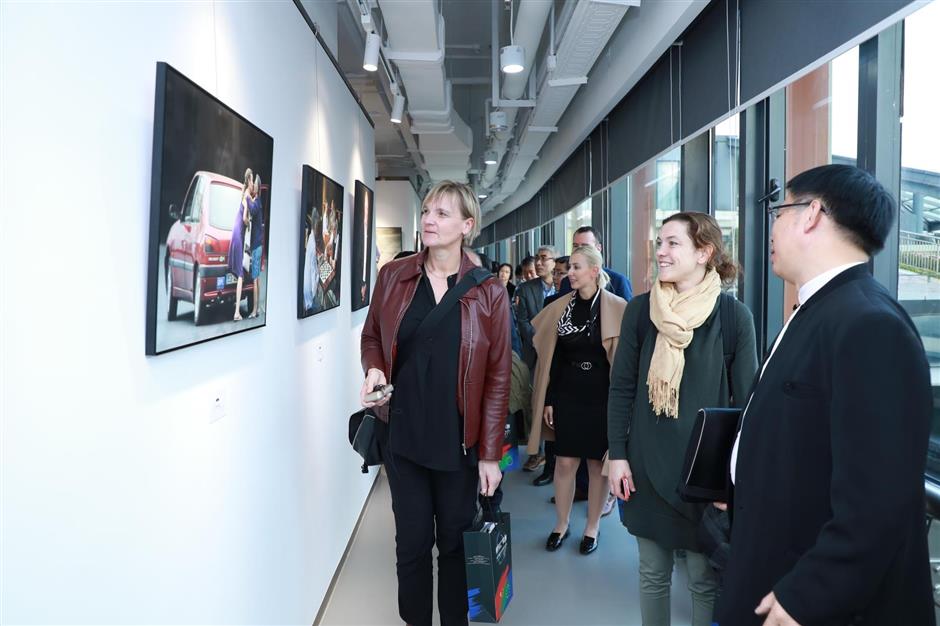 A new international photography center has opened at 745 Lingshi Rd in the town of Pengpu.

A photo exhibition entitled “Encounters with Europe” marked the opening. It features photos taken by Shanghai photographer Zhao Hui during his stay on the continent.

His lens captures daily life, such as nuns walking on the streets of Croatia, performers in traditional costumes in Estonia and beautiful landscapes such as the Cliffs of Moher in Ireland and Pompeii in Italy. 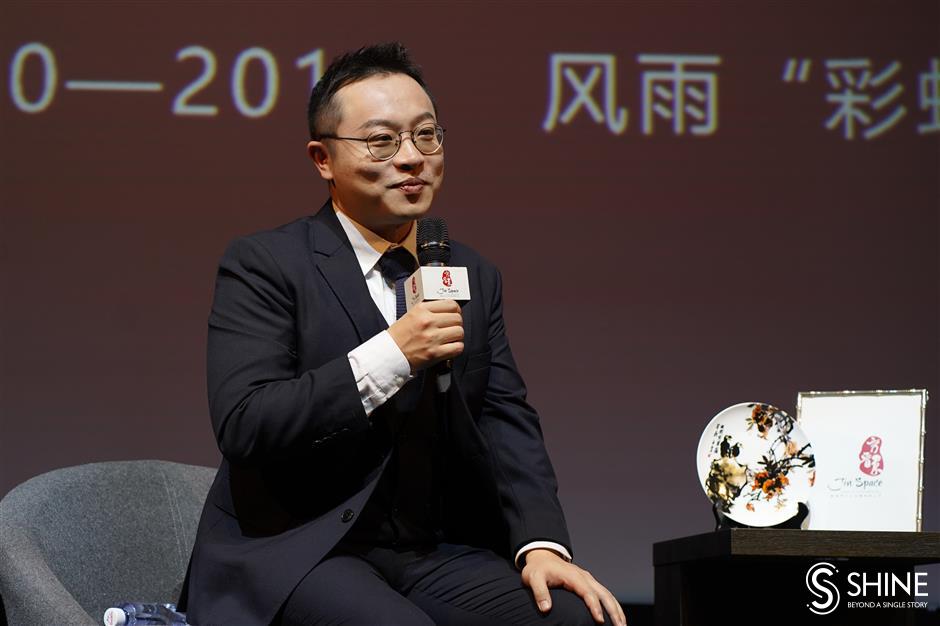 Simple music at its finest

Jin Chengzhi, 32, a composer who founded and conducts the Rainbow Chamber Singers, shared his views on music and life at a recent talk in the Jing’an District Cultural Center.

“For me, being a composer is not a career; it’s a lifestyle,” he said. “I founded the chorus to build a musical utopia for young people to enjoy music and forget their worries.”

The composer has written several hit songs that speak to the busy lives of young workers, He said he often takes inspiration from ancient Chinese poems and traditional masterpieces.

“Everything can be sung,” he said, citing the example of “Shijing,” or “'Classics of Poetry,” a collection of verses dating back more than 2,000 years.

“‘Shijing’ was about daily lives,” he said. “The poems were written in a simple and sincere way, and thus they could be passed on for thousands of years. So, too, with music. We don’t need to talk about something important. Our emotions change according to little things.”

His talk was part of a lecture series launched at the center in August.

Mi Xue, the artist who initiated the program, described the series as a unique platform to bring together great artists to discuss the development of Chinese traditional culture and to build bridges between the public and artists. 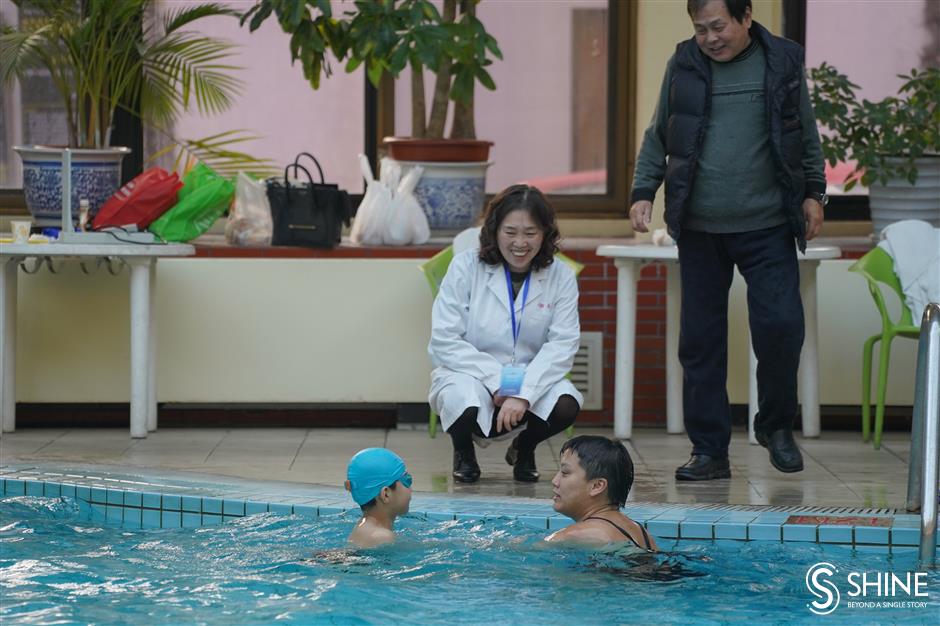 Twenty autistic children have benefited from a government-funded swimming class,

initiated by the district government and organized by the Guoxin Sunshine Service Center.

Classes began last May for children between the ages of six and 14. Two months ago, four of the children at the head of the class were learning freestyle and the breaststroke.

Autism remains a poorly understood neurological disorder marked by impaired communication skills and repetitive patterns of behavior. Autistic children can be slow in learning to speak and are often unable to express their feelings.

There are about 10 million autistic people in China, about a fifth of them under 14. Every year, 200,000 newborns join that group.

A study in the American Journal of Public Health reported that autistic children are 160 times more likely to die from drowning, compared with the general child population.

Children with autism live in their own world and may be easily distracted when near water. Due to their lack of communication skills, they may fail to shout for help when they need it, said Yu Yongcheng, who is in charge of the class.

He said he hopes the government will continue the program next year. A painting exhibition featuring old scenes from historical Zhangyuan opened this month in the Jing’an Art Center at 1684 Xinzha Road.

The exhibition displays about 100 works by renowned painters and art students from a weeklong activity that was entitled “Exhibition in Progress: the Zhangyuan Art Project.”

During the event, scenes from Old Shanghai, such as a woman in a cheongsam riding in a rickshaw and vendors peddling cigarettes on a street corner, were recreated as backdrop for the artists.

The exhibition will run through January 16.

Zhangyuan is one of the city’s best-preserved historical communities. Local families have moved out, and now the community is undergoing a commercial makeover. Under the redevelopment, 170 historical buildings in a variety of styles, from shikumen structures to garden villas, will be renovated and preserved.