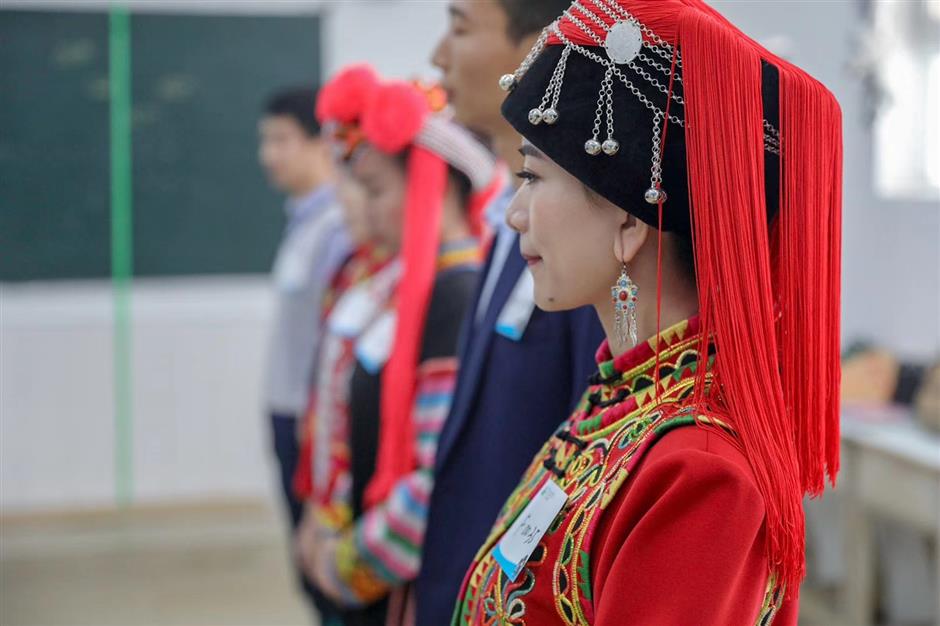 Candidates from Honghe Hani and Yi Autonomous Prefecture in Yunnan Province are interviewed by Spring Airlines to become flight attendants.

As China aims to eradicate absolute poverty by 2020, a local airline and university are pitching in to help.

High school graduates from impoverished mountainous regions of southwest China can now apply to study at Shanghai Open University, where they can gain college degrees and become flight attendants with Spring Airlines.

Their average monthly salary can reach 8,500 yuan (US$1,218), triple the average income in their hometowns.

Over 30 students will enroll from Honghe Hani and Yi Autonomous Prefecture in Yunnan Province, with the city government also offering support.

The students, between 18 and 22 years old, will study for two and a half years at the university’s flight attendant program. After passing an assessment and receiving further training, they can become flight attendants with the airline around 2022, said Xiao Fei, a human resources official with the carrier.

Those from poor families or ethnic minorities will have priority.

The university promises to offer over 9,000-yuan scholarships to each student along with meals and accommodation during their studies, while the airline will provide free transportation from Kunming, capital city of Yunnan, to Shanghai. It will also remit the 15,000-yuan training charge for each student.

This is the first time that the airline, along with the university, is offering both degrees and job opportunities to young people in the impoverished counties, said Wang Yu, chairman of the airline.

“The goal is to help the families get rid of poverty completely through the education and employment of their children,” Wang said.

Previously, the airline recruited 32 flight attendants from Honghe, Luchun and Jinping counties in the prefecture. They have been serving passengers in the air for over half a year, earning an average salary of 8,500 yuan per month. 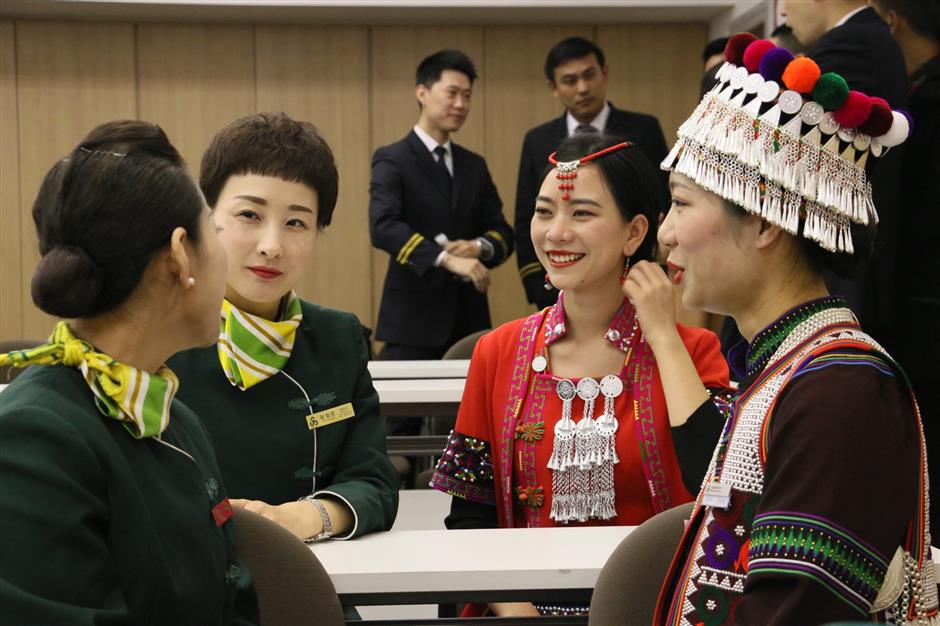 According to an enrollment notice, an intern flight attendant can receive 7,000 to 13,000 yuan per month, while official crew can earn up to 1,000 yuan more per month. A chief attendant with the airline can make up to 25,000 yuan each month.

Li Guomin, Party secretary of Luchun County, said the campaign has helped to transform the labor structure of the county “from a low-end labor force to high-quality talent.”

Tan Panhui, one of the first batch of flight attendants with the airline, pledged to study and work hard to repay her family and the company.

“My parents supported me to finish high school studies, and it’s my turn to assist them with my efforts,” she said.

Xiong Zongyuan, a male attendant from the Hani ethnic group, said the job is a new turning point in his life.

Looking ahead, the airline plans to cooperate with Civil Aviation Flight University of China to train students from Honghe prefecture to pilot the Airbus 320, the major aircraft type in Spring’s fleet. They will cover the over 800,000-yuan training cost for each trainee from the region.

The airline has subsidized over 1.2 million yuan in grants and scholarships for students from Honghe, Luchun and Jinping counties, benefiting over 600 people in the region.

In another poverty relief effort, the carrier has increased the number of charter flights to Kashgar in the Xinjiang Uygur Autonomous Region to boost tourism in the northwest region.

Over 5,000 travelers have taken the flights with the airline to Xinjiang. It also helped to transport agricultural products from Kashgar to sell in Shanghai. Total sales revenue has reached 2 million yuan, according to the airline.

The 2020 central poverty relief fund already allocated to 28 provincial-level regions totaled 113.6 billion yuan, accounting for 90 percent of that recorded in 2019. 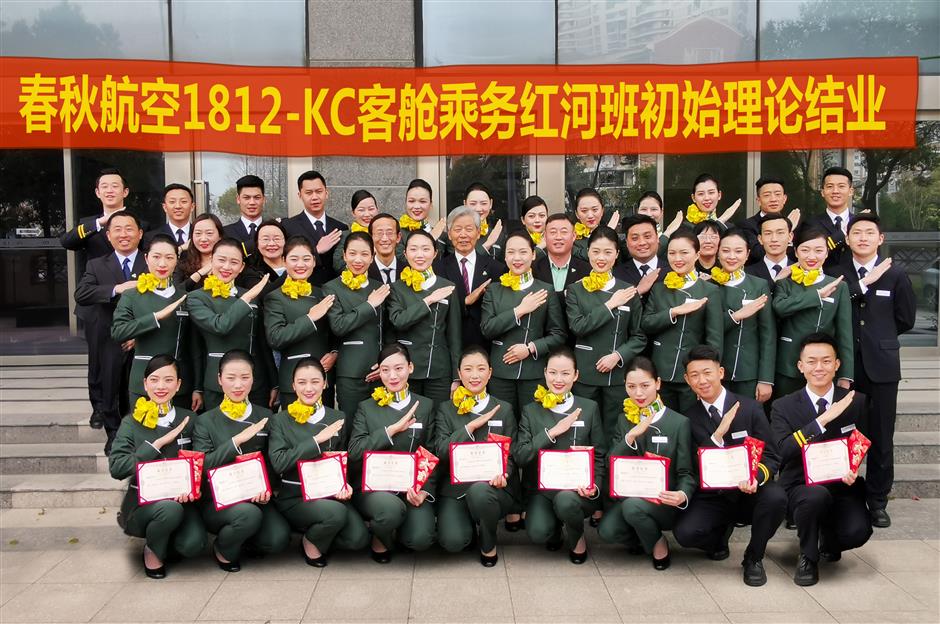