Everything is sorted with district's garbage

Since Shanghai’s garbage-sorting regulations took effect over a year ago, all 758 neighborhoods and 111 villages in Jiading have become accustomed to fixed-time and fixed-place garbage collection.

Doorstep waste collection involves all the businesses along the district’s total of 159 streets.

A network of transfer stations and recycling facilities has been built throughout the district. There are four types of trucks to carry wet, dry, hazardous and recyclable garbage.

Garbage sorting has grown from a new fashion to what has become a daily habit in Jiading. 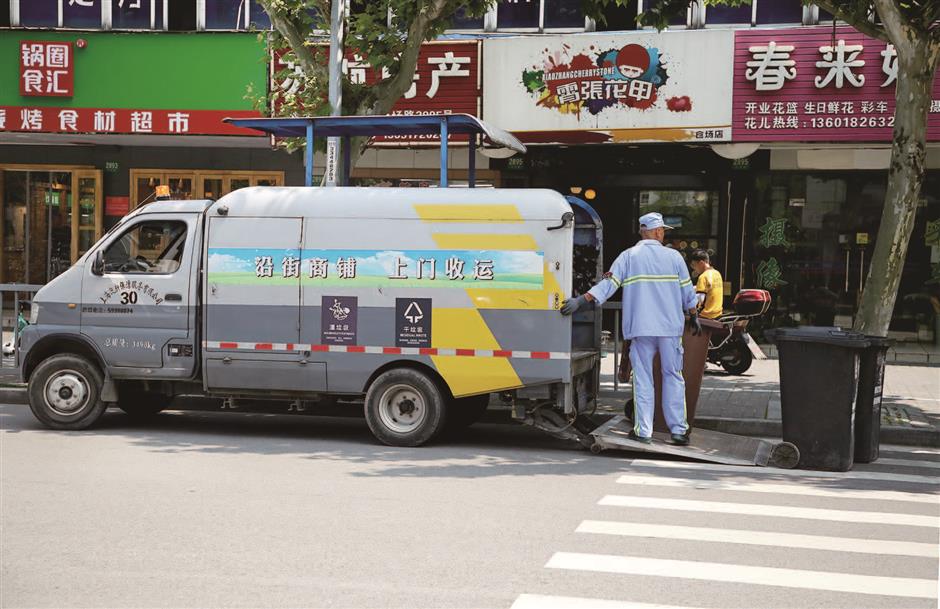 A sanitation worker collects wet and dry garbage from stores along Cangchang Road in Xincheng Community in Jiading. The implementation of garbage sorting in the district has run smoothly over the past year since it was introduced in the city, and it has become part of people’s daily routine.

The practice of garbage sorting was not smooth at the beginning. In the early days of the implementation of the new household waste management rules, Jiading initiated strict control and inspections against the random disposal of garbage.

Many residents were just not accustomed to the new rules at that time.

“At the beginning, some young people threw garbage away at random, particularly when they were in a hurry to go to work,” said Liu Yuefang, a volunteer who paid attention to the dustbins in a local neighborhood.

However, after a year’s efforts, the situation has changed, according to Liu.

Qian Jiayun is one of the residents who make sure to put different types of garbage in different bins every morning. She said that it became a normal practice before going to work.

Since the implementation of garbage sorting, Qian felt the neighborhood environment had improved.

“In the past, especially in summer, there were mosquitoes, flies and insects near the dustbins of each building, which often smelled so bad that people did not dare approach. Now the practice of garbage sorting is followed by everyone, and the new garbage station in the neighborhood is very clean.” 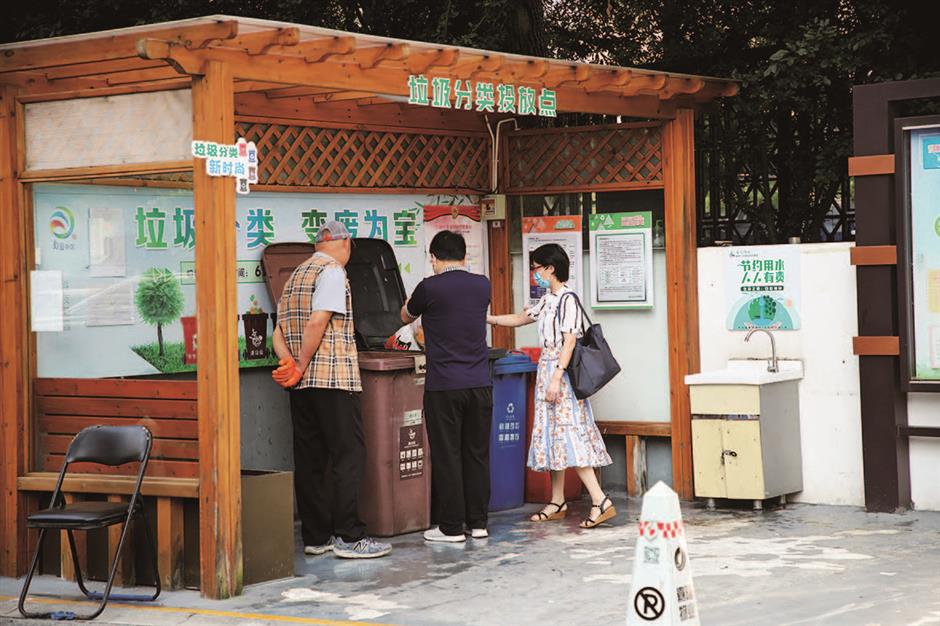 Residents dump household waste into trash bins that are in different colors — brown for wet garbage and blue for recycling. A tap is installed beside the garbage room for people to wash their hands after dealing with their rubbish.

Xia Ping, a social worker at the Jiabei Community, works with her colleagues to promote garbage sorting to local residents. Through the efforts of neighborhood officials, property management staff as well as volunteers, more than 90 percent of local residents and businesses abide by the new rules and separate garbage into the four categories — dry, wet, recyclable and hazardous — before throwing them in different bins.

Jiading disposed of 1,451 tons of dry waste last year, down 19 percent from a year before. At the same time, more than 500 tons of wet trash was collected every day, nearly three times the same period the year before.

Apart from home waste collection at every neighborhood, Jiading also provides doorstep collections for businesses. The service covers all shops and restaurants along its streets.

For businesses along Cangchang Road in Xincheng Community, garbage carriers stop in front of them three times a day. There are more than 800 shops or eateries along the street.

Garbages not being put in the right bin will be refused collection. In the next stage, urban management officers will strictly enforce garbage-sorting rules through penalties.

“After the launch of the platform, data of wet, dry and other garbage collections as well as the accuracy of garbage sorting are displayed on a screen,” said Huang Chuntao, an official with the district greenery and sanitation bureau.

Video surveillance and GPS positioning equipment has been installed in every garbage truck. Jiading also employs a third-party regulatory agency to carry out instant monitoring of the whole process.

An e-map coordinates all the garbage stations and bulk waste sites in the district. 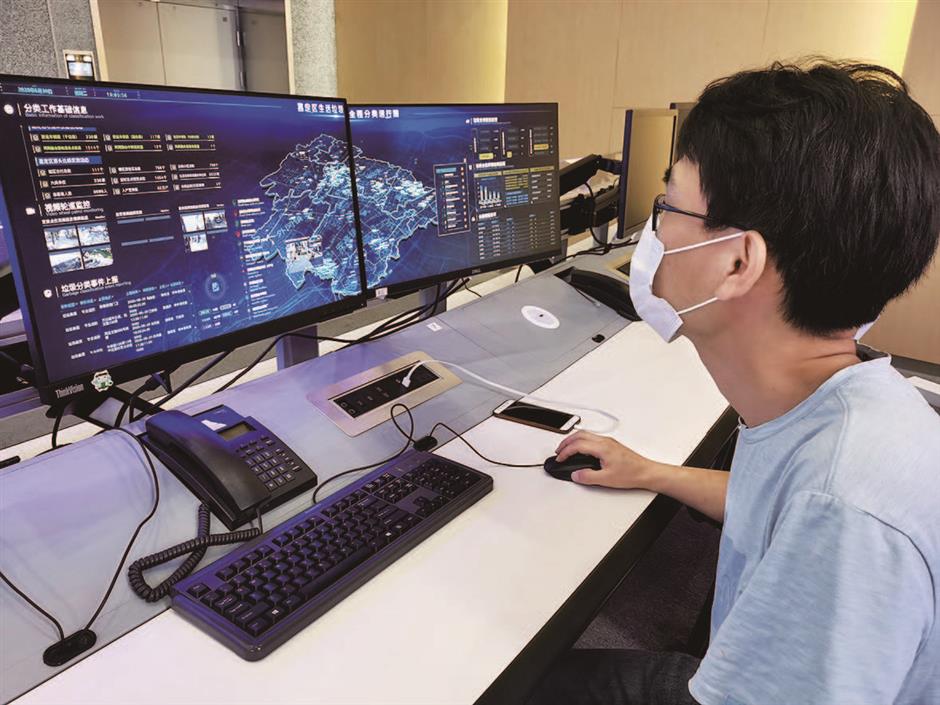 An e-map that coordinates all the garbage stations and bulk waste sites in Jiading was set up in the district last November.

Every individual and institution in charge of local garbage sorting is included in the system.

In addition, the platform breaks through the data barriers of community management and urban management law enforcement, and improves the collection of evidence of littering.

Lu Tielong, director of the greenery and sanitation bureau, said that the district will introduce higher standards and stricter requirements.

Technology with management will be combined to improve the accuracy of garbage sorting and make it a routine practice in Jiading District.