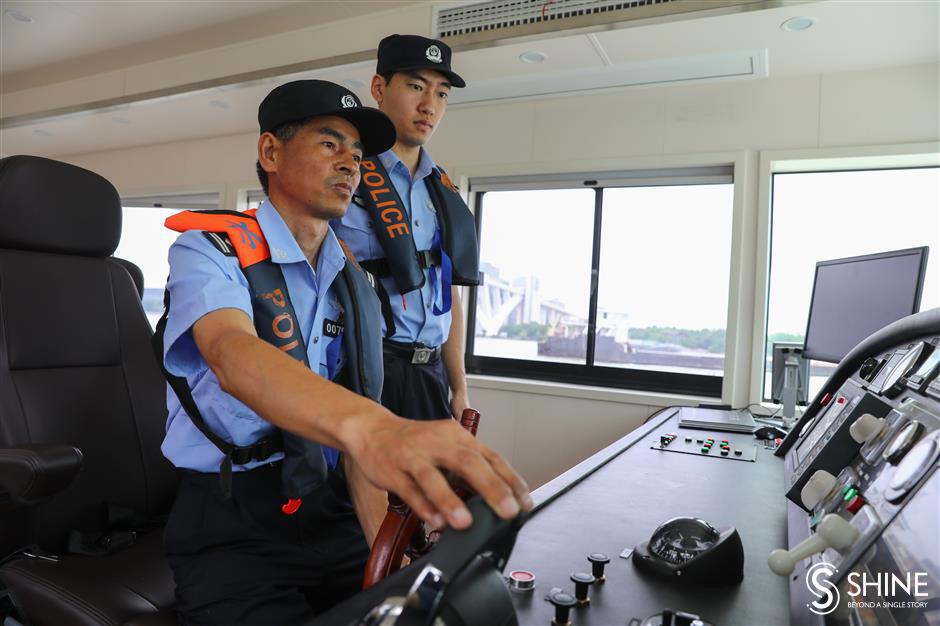 Li, who was a fleet director in the army, joined Shanghai police in 2009 when he retired and is now head of the fleet maintenance group of the patrol squad of the port, waterway and border police.

With his extensive experience in ships and their maintenance, Li quickly adapted to his new job and is still hands-on tackling different tasks despite difficult working conditions, especially in the summer heat.

“We work every day on the decks and in the cabins, when temperatures there could be 50 degrees Celsius in summer,” he said.

On July 22, Li and his colleagues steered a police boat being repaired at a shipyard in neighboring Zhejiang Province back to Shanghai. Having covered 87 kilometers in over two hours, he checked the facilities on the boat immediately on its return.

“For over 30 years I have been dealing with ships and boats, and I’m satisfied that I can apply my skills to my new job,” he said. “We will soon have sea boats too.”

Shanghai police have 23 boats at present. 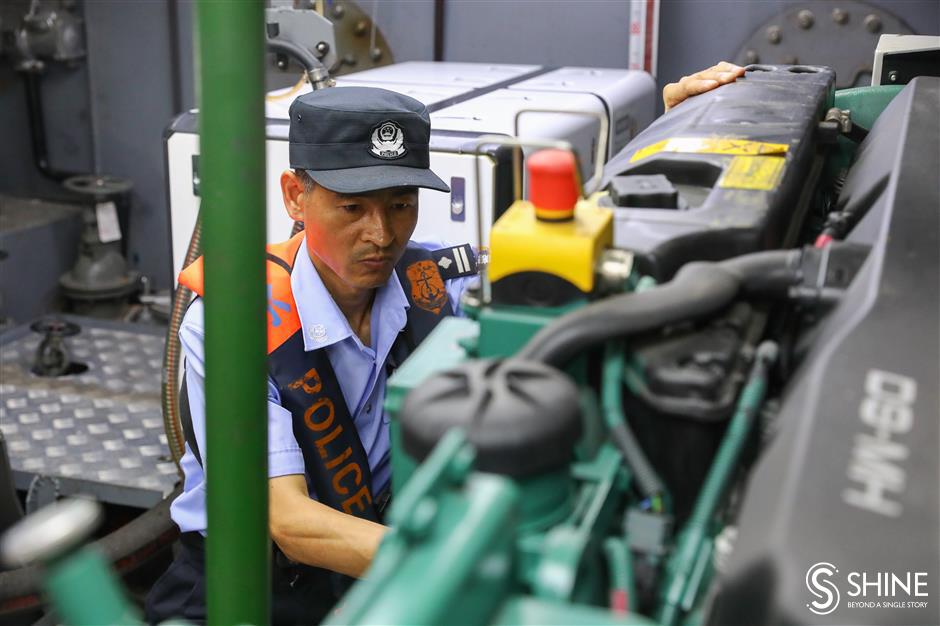 Li Qin carries out maintenance checks on a police boat. 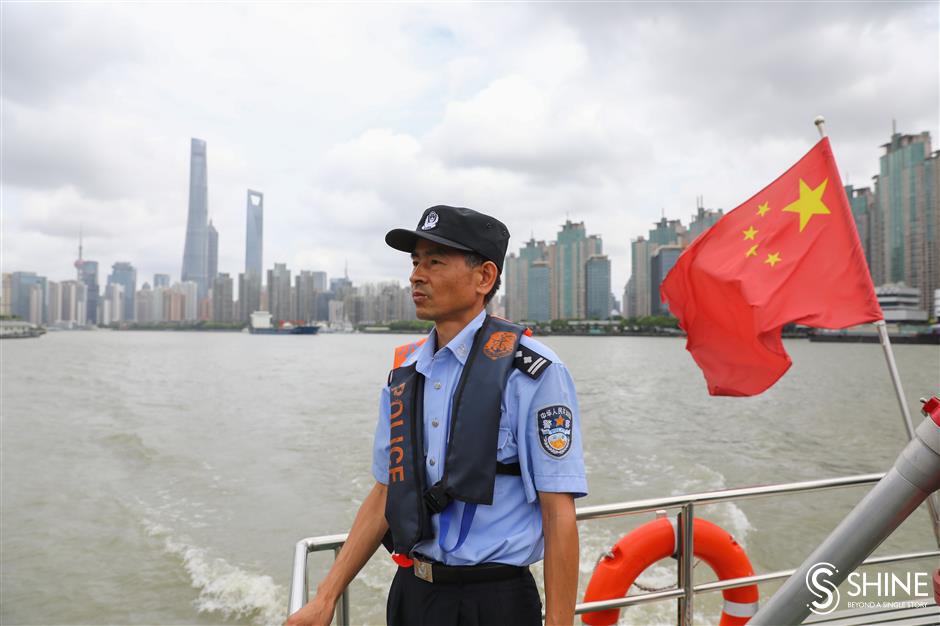