Two A320 NEO/CEO simulators, developed by China Simulation Sciences owned by Juneyao Group, were delivered to Juneyao Airlines. They will be put into use with the Shanghai-based carrier immediately.

The simulator was certificated by the Civil Aviation Administration of China on September 29 as D-level, or the top-level flight simulator, which can meet all the latest international training requirements.

“As China already has self-developed airliners, it is essential to acquire other core technologies such as the flight simulator,” said Wang Junjin, chairman of Juneyao.

“Apart from the Airbus 320, we are able to build simulators for all kinds of aircraft types.”

The research and development of flight simulators has long been monopolized by manufacturers in the Europe and the United States.

Each fresh pilot requires long hours of training on simulators, while veteran pilots also have to be trained on simulators twice every year. 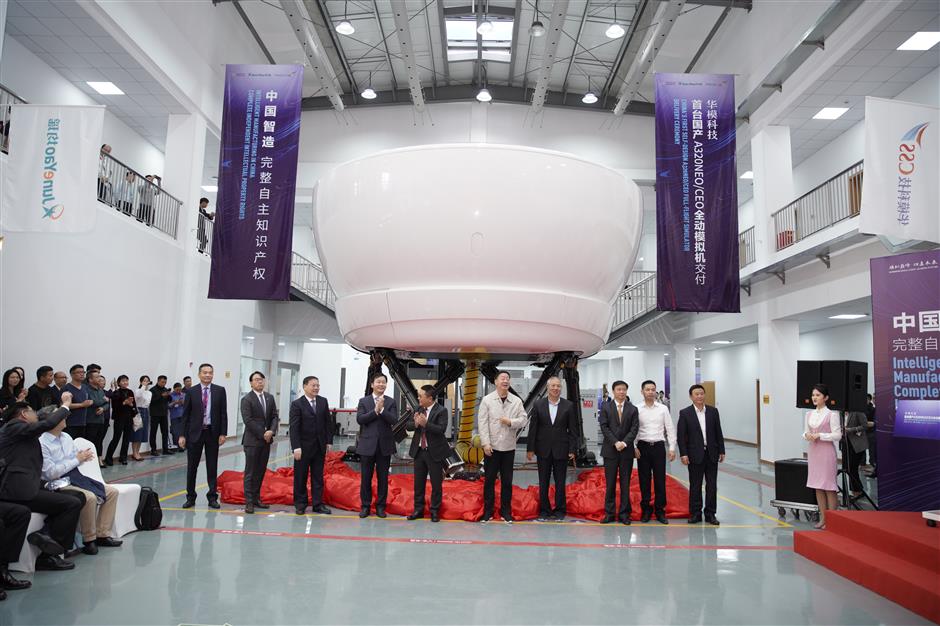 According to Boeing, Chinese airlines will purchase more than 7,000 new aircraft over the next two decades, which will require about 500 flight simulators.

Juneyao alone requires an additional over 9,000 hours of training on simulators for its pilots every year, Wang said.

Compared with the foreign products which cost about 100 million yuan each, the newly unveiled simulator is over 20 percent cheaper, he added.

“If the pilot encounters similar circumstances in the air, they can handle it to ensure flying safety,” Gu said.

The local simulator developer has also won the bidding for a simulated test platform for China’s home-developed ARJ21 regional jet. The company will take charge of the core part of ARJ21’s flight tests and help to further improve its design, Gu said. 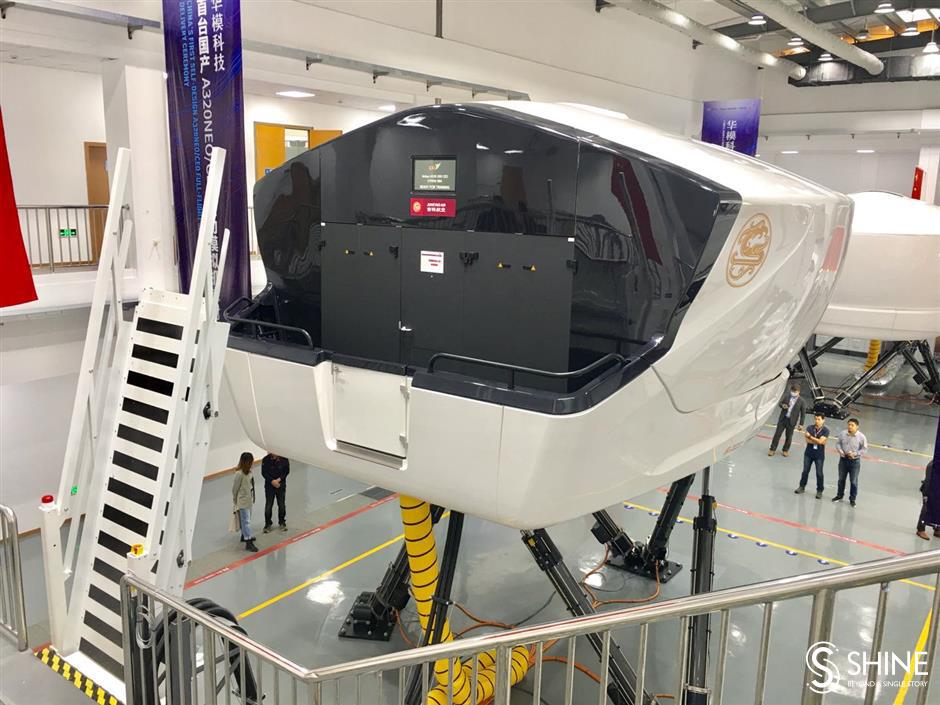 The first A320 NEO simulator developed by China Simulation Sciences 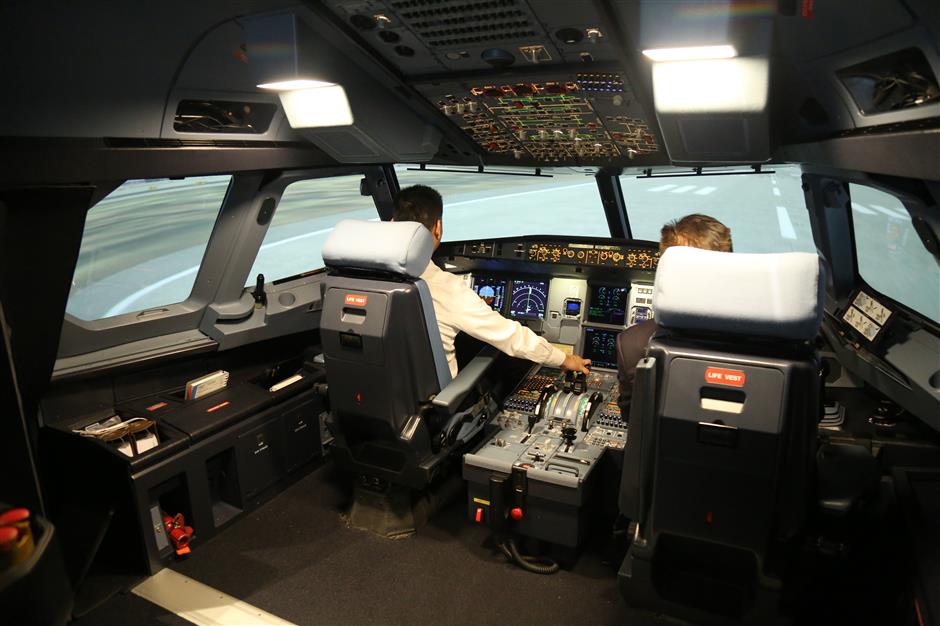 A pilot with Juneyao Airlines uses the flight simulator.