Shanghai set to be world leader in research 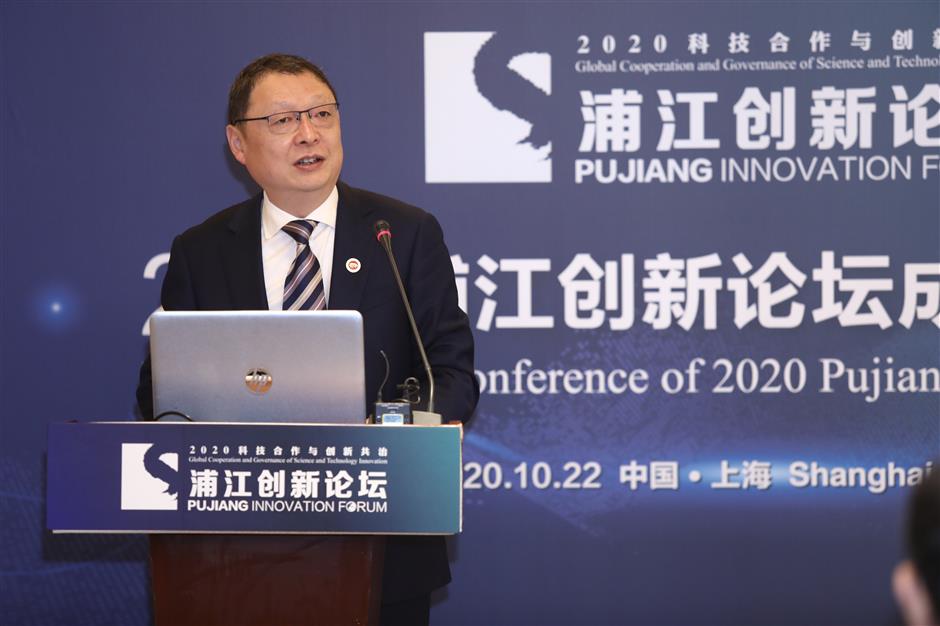 Shi Qian, director of the Shanghai Institute for Science of Science, presented the "2020 Ideal City" report.

Quantum, artificial intelligence and innovative medicine could be the key technologies driving the future of innovation, according to a report released at the Pujiang Innovation Forum on Thursday.

The “2020 Ideal City” report by Springer Nature and the Shanghai Institute for Science of Science surveyed more than 700 scientists across the world about technology trends in the next 15 years.

Genetic editing, hydrogen energy, COVID-19 vaccines and treatment, and smart transport and unmanned driving were also among the frontier technologies that could change our lives in the next five years.

From 2026 to 2030, scientists would focus on cutting-edge fields such as 6G networks, renewable green energy and personalized medical services. In the following five years, they may shift to space exploration, super materials and new generation nuclear power technology.

It is expected that understanding the brain will reach a new level after 2025 and help make a leap forward in the study of human cognition after 2030. In the next 10 years, cancers would be cured, and in the next 15 years it would be possible to repair failed internal organs and even turn back the biological clock, according to the scientists.

The report also showed that scientists from core cities in developed countries, such as New York, London, Paris, Tokyo and Hong Kong, prefer to work in their home cities or rival cities. Emerging innovation hubs such as cities on the Chinese mainland were more favored by scientists from the rest of the world.

However, Shanghai, Beijing and Shenzhen are becoming increasingly popular.

Over the past five years, a migration of scientists has emerged between these three centers and cities in the US and Europe.

Scientists see this as an increasing trend in the next five years.

On the Chinese mainland, Shanghai was the first choice for 4.2 percent of the overseas scientists, followed by Beijing (3.6) and Shenzhen (2.2).

In the next 15 years, Shanghai will become one of the leading cities for research into quantum technology, 6G communication, innovative medicine, brain science and genetic engineering, according to scientists’ estimates.