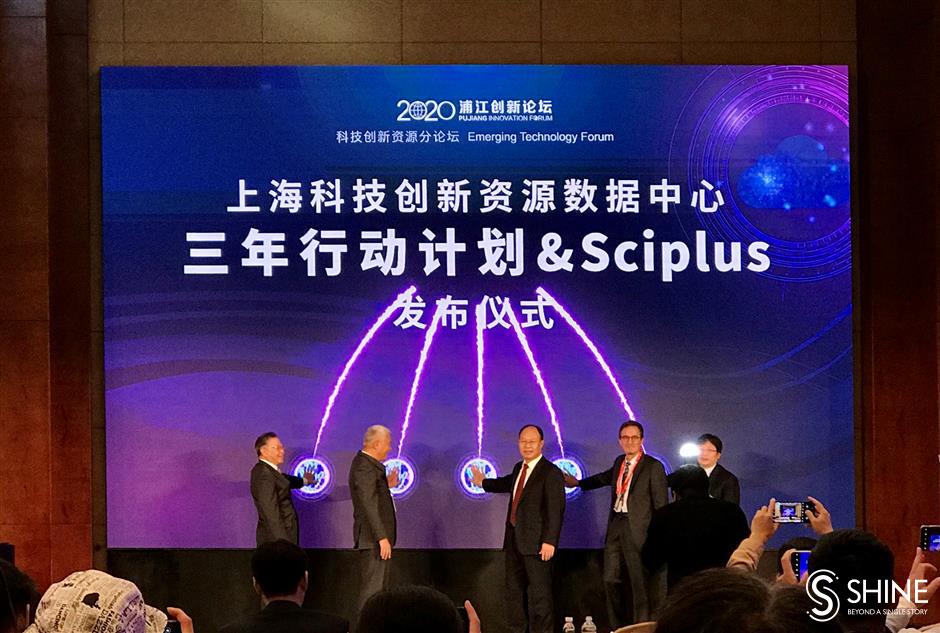 A three-year-plan to promote scientific data management has been released by the Shanghai Science and Technology Innovation Resources Center at the Pujiang Innovation Forum.

Scientific research has entered the fourth paradigm, which is a new method of scientific research driven by data, the forum heard. However, China still has some problems in scientific data management, said Zhu Yue, chief executive officer of the center, in the Emerging Technology Forum — The Fourth Paradigm: Scientific Data on Cloud.

Due to increasing investment in scientific research,  data keeps emerging but the utilization rate is very low. Also, much domestically-generated data is directly handed over to international data bases, Zhu said.

“Many domestic research institutions lack the ability to keep data for a long time and we rely too much on international data bases," he said.

Statistics show that the US has the most scientific data bases, while China is not among the top ten. If international data bases close access to data, it will severely disturb Chinese research work.

A survey of more than 400 researchers in Shanghai last year showed that 86.5 percent of them want access to data, and 70 percent want data sharing and exchange. More than three fourths say they lose data just because of poor hardware storage capacity, Zhu said.

So, the center has initiated a three-year plan to solve scientists’ concerns.

Under the plan, the center will build a comprehensive technology center including computer facilities and controlling system which can store and process massive data. It is expected to be able to store and calculate 50PB data by 2023.

The center plans to expand the service to the Yangtze River Delta region  to promote integrated regional development.

Fu Guoqing, vice director of Shanghai Science and Technology Commission, said the center had collected a great deal of important information over the past year, including over 100 million academic articles from different sources, 130 million patents, and records of 12 million companies based in the Yangtze River Delta doing business in Shanghai.