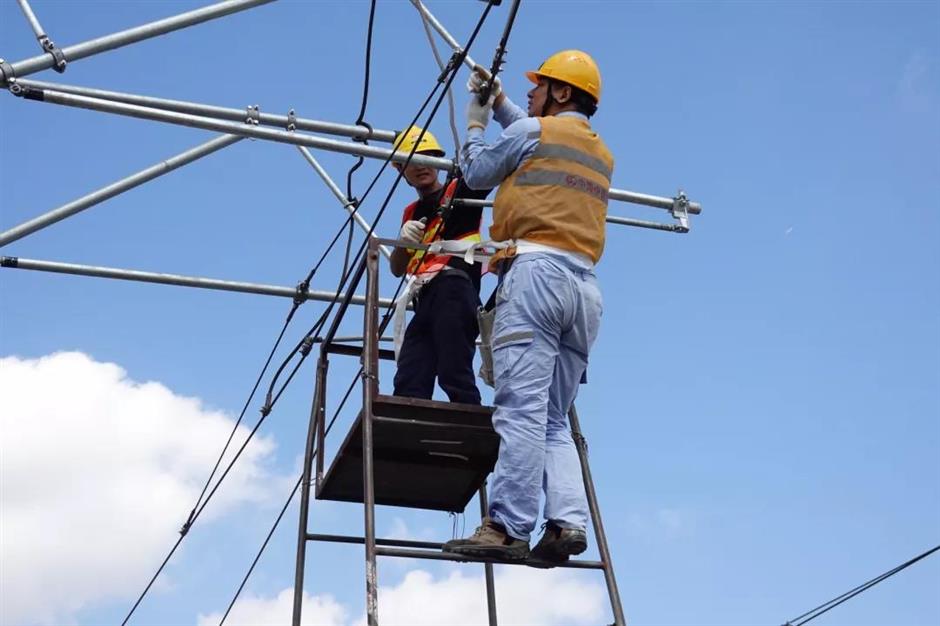 Metro workers work on the construction of the contact system of one of Line 14's parking lots.

Preliminary work on Metro Line 14 is drawing toward completion, the city's Metro operator said on Monday.

Tests of the contact systems of two of the line's parking grounds in Fengbang and Jinqiao have been lately completed, the company said.

Meanwhile, work on the rails, power supply systems, routine equipment, computer controls and station furnishings is underway at a satisfactory pace, according to the company.

Metro Line 14, running west to east, links Fengbang in Jiading District and Jinqiao in the Pudong New Area. It passes through Putuo, Jing’an and Huangpu districts.

It has 31 underground stations and interchanges with 13 other Metro lines. There are 14 stations in Pudong, and the total length of the line is about 16 kilometers.

There is no clear schedule for when the line will be completed.