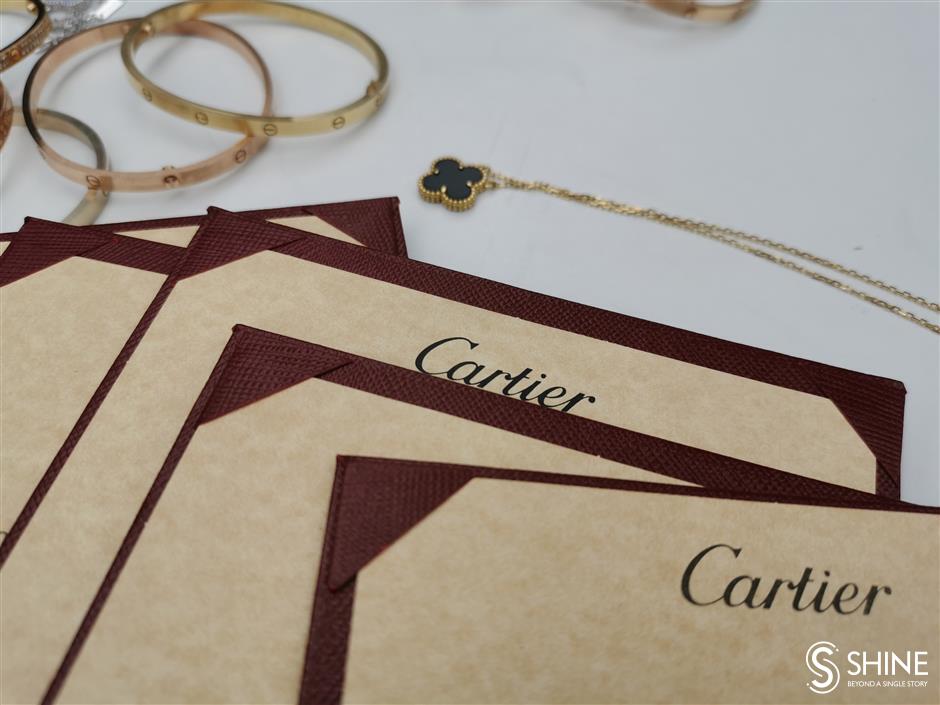 The suspects are alleged to have produced fakes of famous brands.

Police in Shanghai say they have caught 24 suspects alleged to have produced fake jewelry of luxury brands.

The suspects, who are said to have established a jewelry company in Guangdong Province, produced fake Cartier and Van Cleef & Arpels jewelry and sold it online.

Police said the fakes were sold at one-fifth of the price of the authentic pieces.

The suspects were rounded up in October, with over 200 pieces of half-finished bracelets and necklaces seized. If the items had been real they would have been worth over 10 million yuan (US$1.5 million). 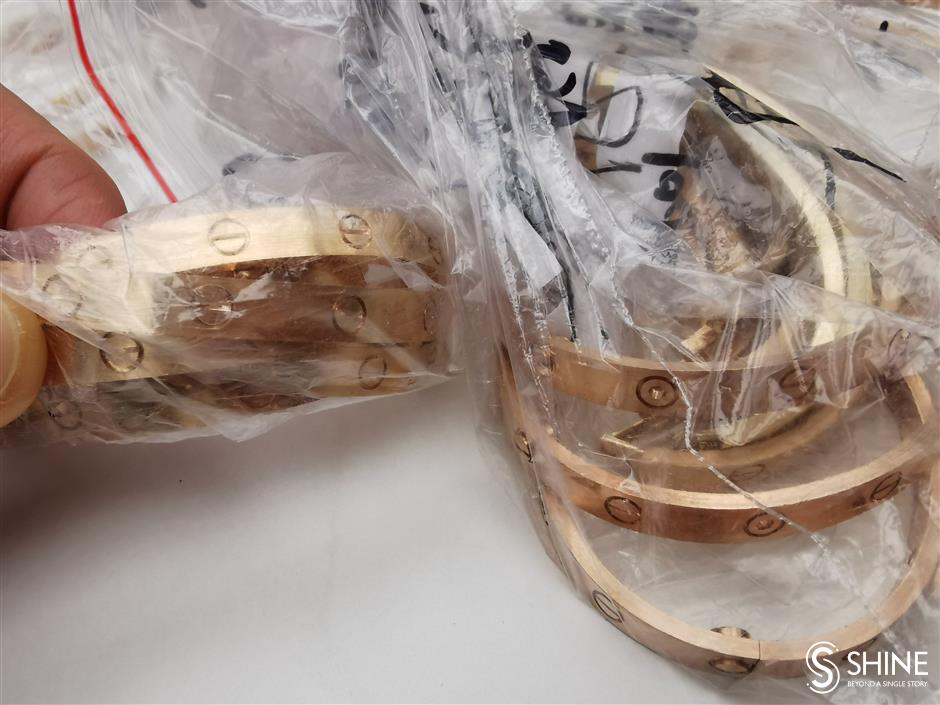 Some of the items seized in the case.