This month, the district’s lawmakers and political advisers held their annual Two Sessions. The meetings review progress in the last year and discuss the priority policies for the current year, the opening year for the 14th Five-Year Plan (2021-2025).

3. The district’s general public budget revenue was 25.014 billion yuan, up 1.01 percent from a year earlier.

4. The total retail sales of consumer goods started to rise from April, and increase has reached 20 percent month by month.

5. Fixed-assets investment was estimated to hit 29.5 billion yuan, with year-on-year increase of 25 percent.

9. The number of companies engaged in big data exceeded 250, accounting for the city’s one third.

13. A total of 87,100 square meters of illegal structures were demolished.

14. A total of 2,803 families have benefited from urban renewal projects.

15. The annual concentration of PM2.5 saw year-on-year decrease of 11.4 percent. 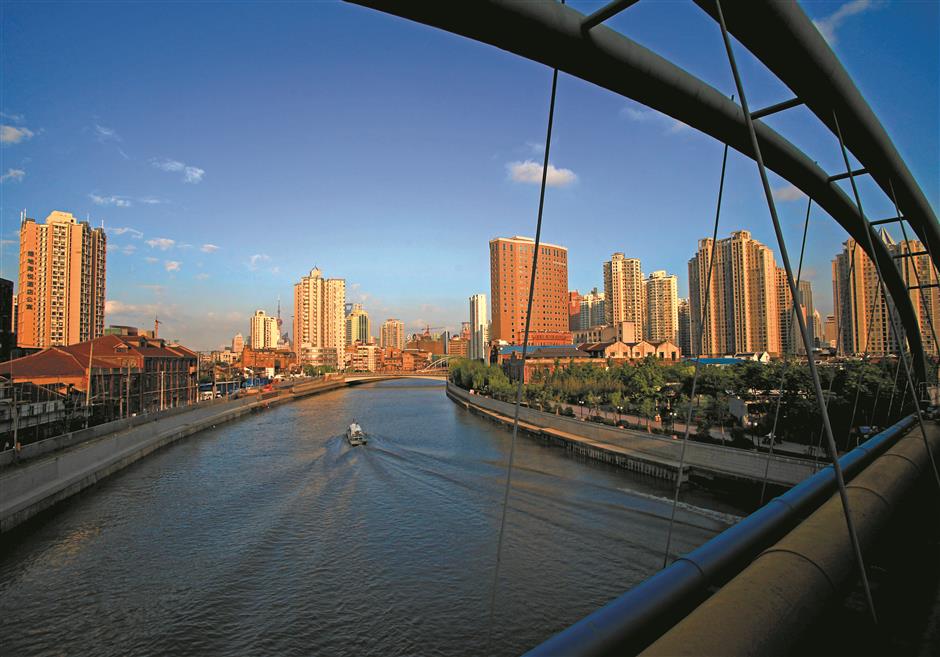 “Food stalls have become synonymous with the night economy and backstreet economy, while night fairs always lack art, performance and other interactive activities. I suggest combining haipai (Shanghai-style) culture, such as developing a haipai lantern light show. Also, I suggest providing more immersive and interactive experiences such as a virtual reality tour of heritage-listed skills and drone performance.”

“I suggest transforming the Suhe Bay area into a low-carbon community. Environmentally friendly concepts and advancing technologies can be used in existing buildings and roads, especially 100 percent green-energy supply in office buildings.”

“The pedestrian bridge over the intersection of Xizang Road N. and Haining Road is paved with mosaic tiles. Many have cracked and fallen, and it’s slippery on rainy days. Local residents and students often walk on it, which is dangerous. I suggest installing elevators as to offer convenience to local people."

“I hope the government will introduce policies to support the cooperation in eSports between Shanghai and Macau. The two places can join hands to hold international high-end events, which is good to promote Jing’an onto the global stage. Also, derivative series such as eSportsthemed cartoons, restaurants and parks developed by local eSports companies can be introduced to Macau where entertainment business is booming.”

"Road sprinklers represent local personality. We suggest painting some of Jing’an’s cultural landmarks on vehicles as to create mobile name cards of Jing’an. Also, we hope the vehicles can play music while sprinkling water on the roads. The pieces of music should reflect Jing’an’s personality. It would be better to invite professionals from the Shanghai Conservatory of Music to especially design one.” 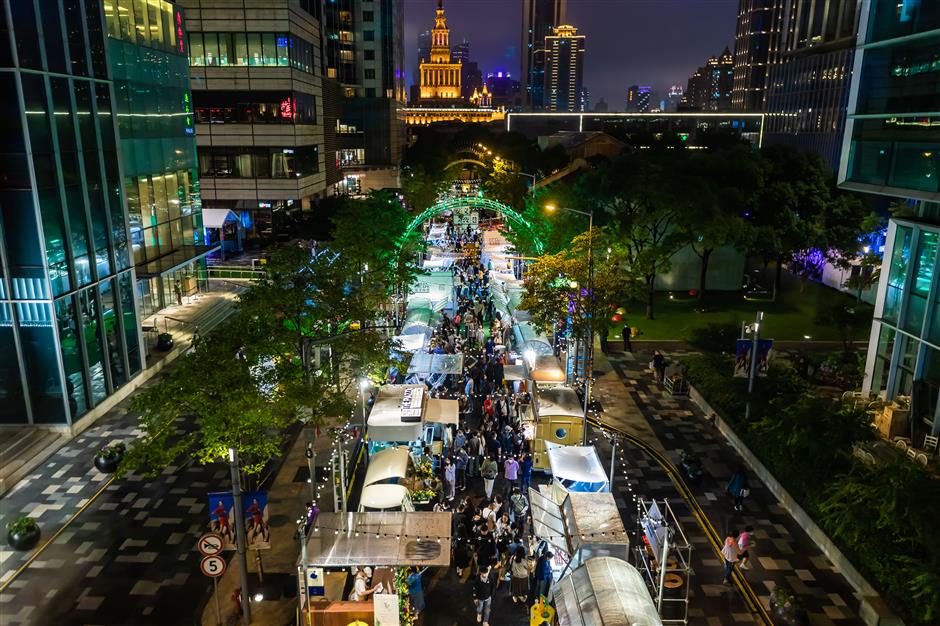 The district will continue to promote waste sorting. Every day, it aims to process 472 tons of wet waste and 750 tons of dry waste, and recycle 296 tons of recyclable waste.

The district will add and renovate 400 beds in elderly care homes. It will create three community canteens for seniors and provide an emergency call service to all seniors who live alone and have economic difficulties.

The district will complete the construction of the Shanghai No. 3 Rehabilitation Hospital. And more medical resources will be provided on the doorstep, including six free medical consultation in communities. 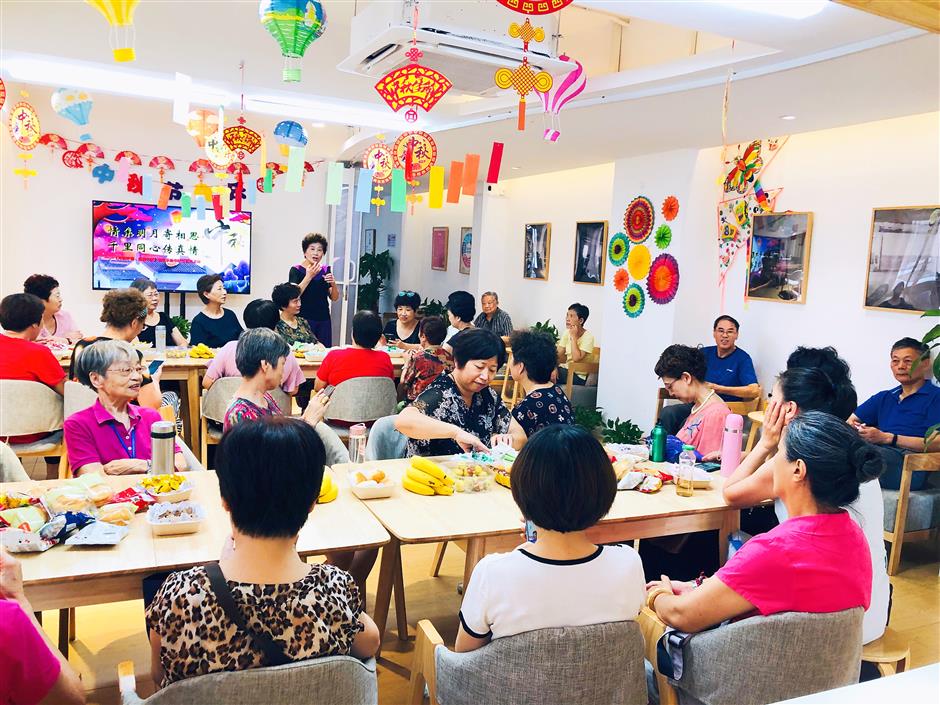 It will provide an online sign language service in the windows of community health-care centers and legal service facilities. It will renovate 200 wheelchair-accessible ramps in old neighborhoods and provide essential handicap-accessible renovations to 400 families. It will also help 620 jobless young people find employment and support 800 people to start their own businesses, including 480 university students.

Construction to expand the Mingde Campus of the Zhabei Experimental Primary School is to start. Construction to expand the Jiulong Model Middle School will be completed. Shanghai Chess Experimental School will move to a new campus and 70 new “Love Summer Care” camps for primary school  students will be opened during thetwo-month summer vacation period to relieve the burden on working parents.

The district will build two tourism service centers and provide 200,000 discounted film tickets to the public.

The district will build two new jogging and walking paths and renovate an old one. It will upgrade a public sports field and build a new community fitness center and 20 sports spots in communities. Also, 100,000 residents will have low-cost access to swimming pools, badminton courts and other district-owned sports facilities, while free physical checkups will be provided for 13,000 residents.

The district will renovate three wet markets. Inedible pork in 35 wet markets and seven food markets will be recycled. It will continue to provide cheap and healthy lunches to local residents by optimizing 30 breakfast eateries and add two canteens for local office workers. 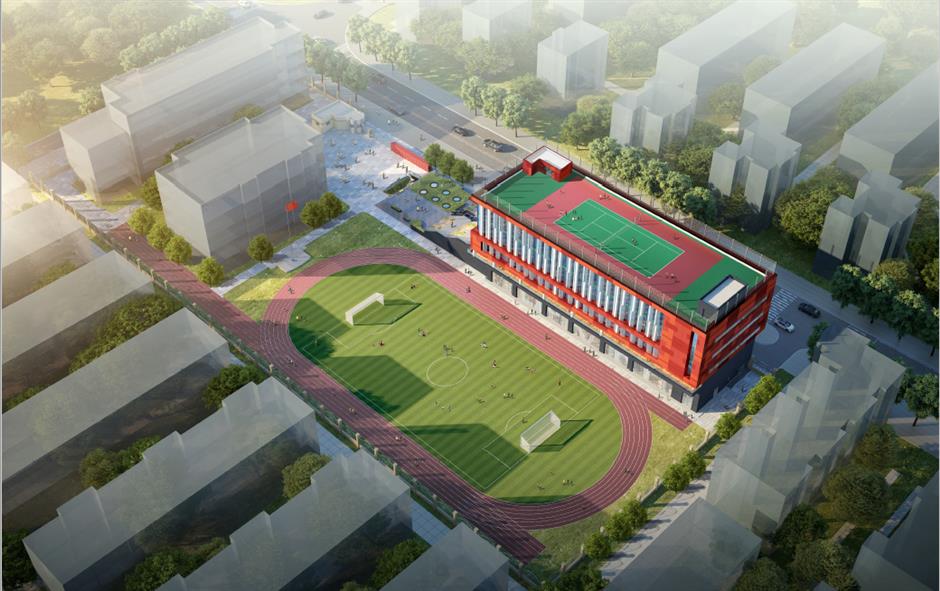 The last group of nearly 900 families in Pengsan, a typical old residential warren without elevators or private toilets, will finally see how their new homes

look after years of renovation work.

Part of the city’s renowned workers’ community of Pengpu Xincun is a typical old residential warren where thousands of people, many of them elderly, lived in wretched conditions.

The structures were built about 60 years ago without elevators and with shared toilets and kitchens. Two or three families shared one kitchen and as many as 10 shared a single toilet.

Renovation of Pengsan started in 2008. Instead of simply renovating their decrepit houses, the district government has been building modern apartment blocks for them.

The new buildings are self-contained, equipped with elevators, garages and beautiful gardens.When the fourth-phase renovation was completed, more than 1,000 families received keys to their new homes.

The last group of nearly 1,000 families started to move out in March 2019 after they all agreed with the renovation plan. The same month, the old buildings were pulled down.

Under the plan, seven new apartment buildings will be erected to replace the previous 11 decrepit structures. Construction is set to be completed this year.

Renovation of the former Shanghai JC Mandarin Hotel will be completed this year.

As one of the city’s oldest luxury hotels, dating back 30 years, it is being converted into a high-end commercial complex on Nanjing Road W.

It used to be one of the most popular and prestigious five-star hotels in Shanghai until it was sold in 2013. To meet the changing landscape of Nanjing

Road, Baohua decided to transform it from a hotel into a full-blown commercial juggernaut.

Under the plan, the site will consist of a 17-story office building and a five-floor podium, which will open in September 2021 as a high-end retail mall

“It’s not a new building but an old building being granted a new lease of life,” Yang Jian, vice president of the Shanghai Baohua Group said.

He added that the new site will be called JC Mandarin Plaza to commemorate its past.

“We’ve heard many locals say the hotel is full of memories and was a symbol of reform and China’s opening-up to the world,” Yang said. “We added

some nostalgic elements to the design to keep such memories alive.” 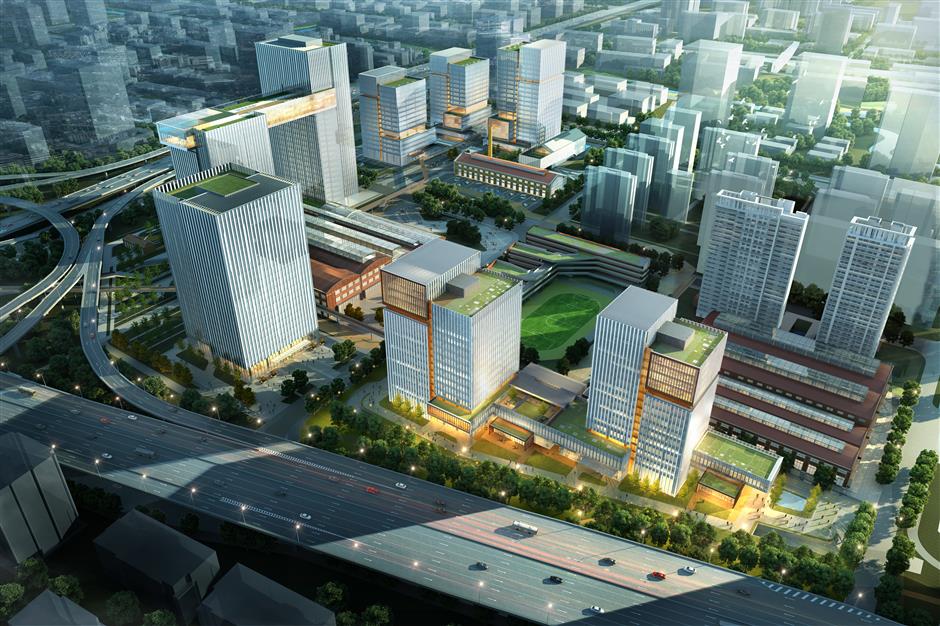 Construction of the Shibei International Science Innovation Community will be accelerated to ensure its completion by 2024.

The community is built on the former site of Shanghai Metallurgical Mining Machine Factory. Many historical structures are still left and some of the red-brick facades, old machines and interior structures and designs will be preserved and repaired.

With a total investment of 24 billion yuan, it will be transformed to a lively community comprising residences, museums, galleries, theaters and commercial complexes. It will also hold outdoor movie screenings, music festivals and fashion shows, among a variety of activities that are attractive to young people.

It hopes to be the home of 21 headquarters of multinational companies and more than 60 industrial leaders.

UCCA was founded in 2007 by Guy and Myriam Ullens as the Ullens Center for Contemporary Art. Its first site, UCCA Beijing, is housed in factory chambers built in the 1950s. The second site, UCCA Dune, located along the coast of the Bohai.

Unlike those two, the latest building in Shanghai will display a totally different personality as it directly embraces the urban space.

The three-floor gallery will take over 5,500 square meters, including 1,700 square meters of exhibition space, outdoor terrace and other public spaces.

It will open with an exhibition curated by UCCA’s director Philip Tinari, based on Shanghai’s DNA and international development. It will look back on

how Chinese contemporary art is stepping onto the global art stage.

The new gallery will also join hands with the Andy Warhol Museum in Pittsburgh in the US to present an exhibition of world-renowned artist Andy Warhol.

Furthermore, the Michelin star restaurant Da Vittorio will open a new restaurant as part of the gallery.