Moments of Jing'an District in January 2021 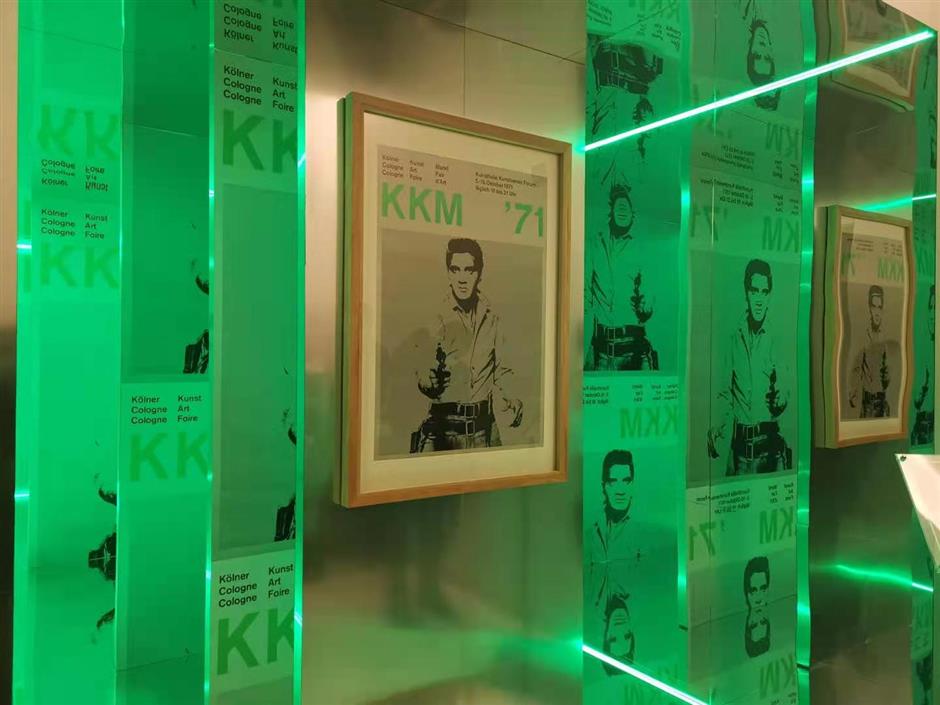 An exhibition paying tribute to big-name artist Andy Warhol is being held at the Shanghai Minsheng Art Museum.

“THE POP IMAGE — Andy Warhol’s 1962-1987,” which will run until April 7, provides a retrospective look over 72 of Warhol’s pieces, including prints,

Dubbed as the father of Western pop art, Warhol was one of the most significant and prolific figures of his time.

His works, often multiple replications and copies in different colors, explore the connection between celebrity culture and artistic expression, and praise

the consumerism and advertising that flourished in the US in the 1960s.

Highlight of the exhibition are nine silk screen print works from his world-famous “Campbell’s Soup Cans” series created in 1985. Since then, he started to use daily commodities in the consumer society in his art.

His another world-famous “Marilyn Monroe” series reflects the strong power of making an individual to a symbol.

The museum’s director Gan Zhiyi said Warhol created a new category of painting. From printing to silk screen printing, photos to videos, he changed theunderstanding of relationship between art, consumerism and avant-garde art. 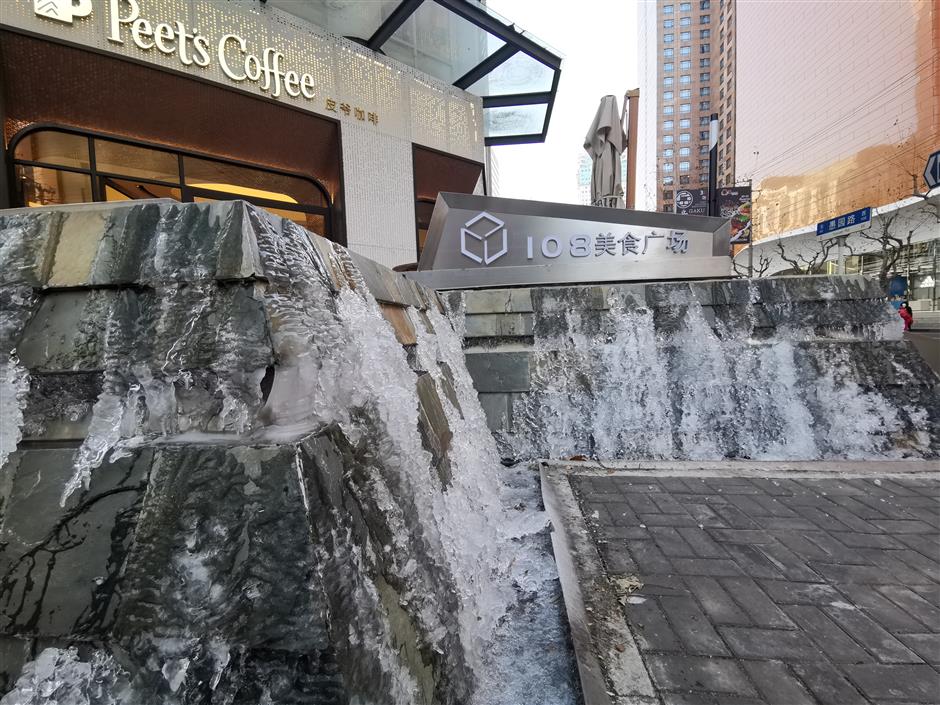 The district’s workers’ union has set up nearly 100 service stations for the likes of them, providing them with hot water and heating pads, as well as allowing them to heat meals, use toilets and take rests.

Ice-crusted ponds and roadside fountains created popular photo-taking sites. At the Shanghai Natural History Museum, an outdoor mini waterfall was totally frozen, and surrounding stairs were covered with ice, making people feel as if they were in north China. 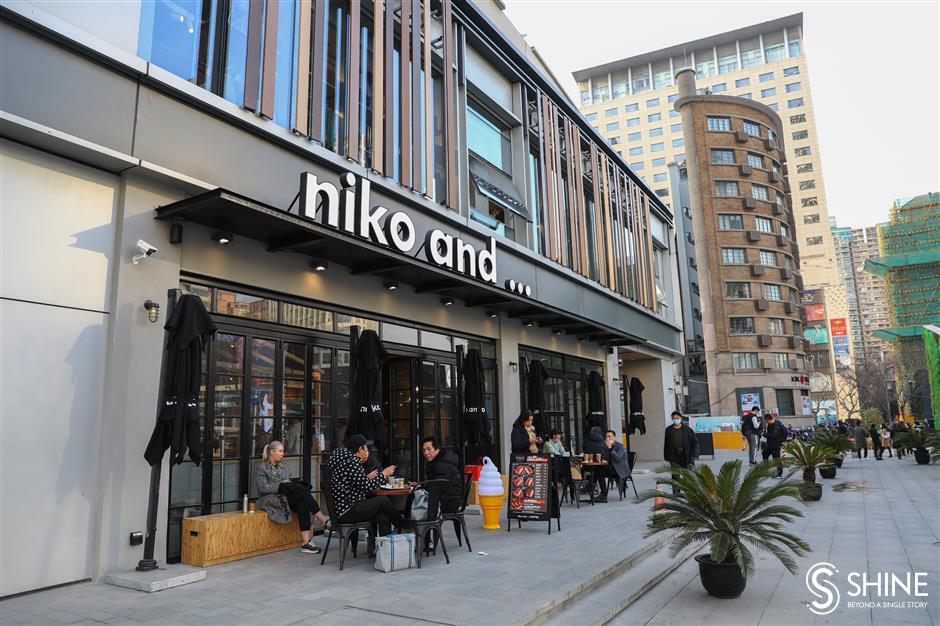 A new Wujiang Road is gradually taking shape as a hangout for young trendsetters after a two-year renovation.

The 300-meter backstreet that feeds into the bustling Nanjing Road W. was initially a pedestrian and food street. To keep up with the latest retailing trend, the road underwent a major overhaul at the end of 2018.

Recently, the road’s biggest commercial complex, Inpoint, has reopened to the public in a new look. It has introduced several new stores, such as flagship store of KKV, Internet celebrity store of KOI and the digital concept store of Maybelline

Especially, popular Japanese retailer “niko and...” opened its second outlet in Shanghai at Inpoint. In its two-floor 1,500-square-meter store, it sells a wide variety of items from stationery to household essentials. It also sells sportswear and makeup products that are not available in its first store on Huaihai Road. 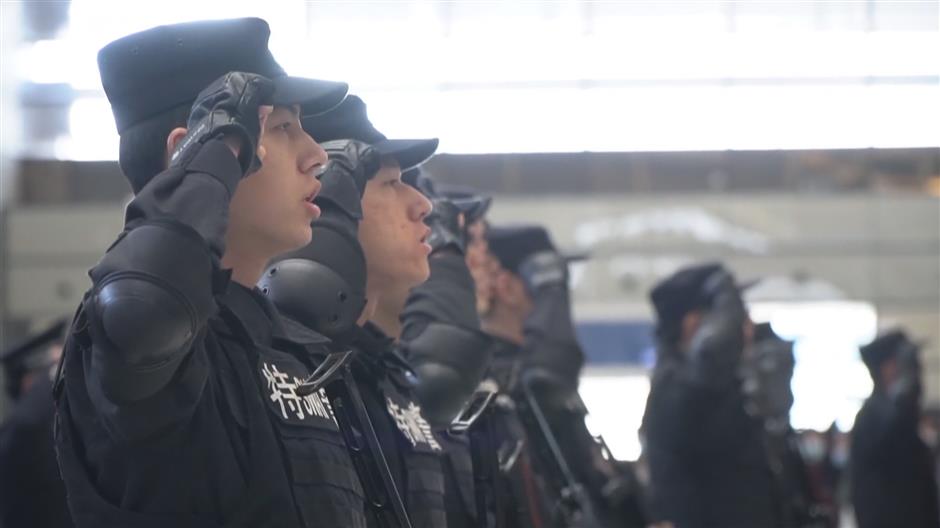 The first Chinese People’s Police Day was celebrated in Jing’an on January 10, implying the police call number 110 in China.

In the south square of the Shanghai Railway Station, police officers renewed the vows they took when they became officers and sang a police song in  of the police flag, whilepassengers and passers-by stopped to take photos of them.

“I’m glad to spend my first police day when I’m on duty,” said railway police officer Jan Ye. “I will fulfill my duty to contribute to everyone’s safety.”

In railway stations and commercial streets, police officers sent leaflets and told people how to prevent from being defrauded in a telecom scam, one of the most common scams in today’s society. 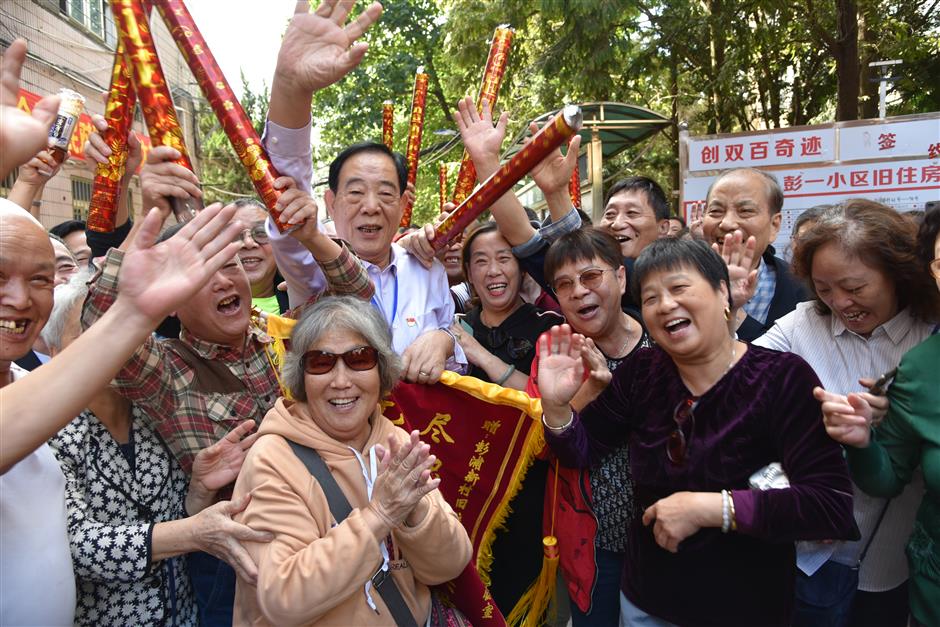 Pengpu Xincun, a renowned workers’ community in the city, has been rewarded for setting an example of how old neighborhoods can be given a new lease of life.

Built more than half a century ago, the community initially housed model workers who made great contributions to the country’s national industries.

However, over the years, this model community began to deteriorate because of an increasing population and a lack of maintenance. An overhaul started in March 2005.

Some buildings were renovated and toilets and kitchens were installed in every home with added floors to ensure enough living space for every family. Buildings which were too rundown were demolished and new modern high-rises were built in there place.

Over the past 15 years, the local Pengpu Xincun Subdistrict has renovated 51 buildings, to the benefit of 1,919 families. The renovation is still underway. 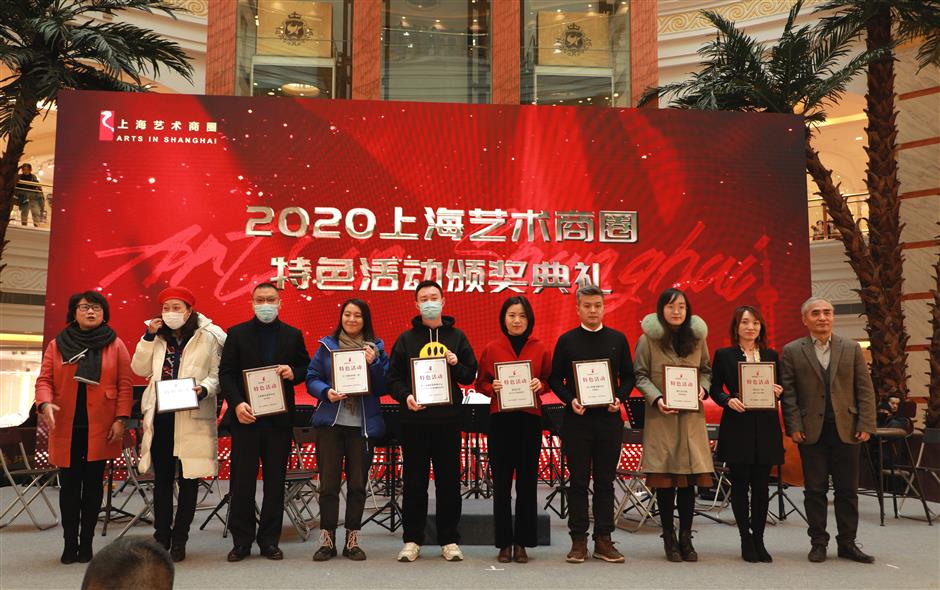 The weekend-only fair on Anyi Road, the music festival held at Life Hub@Daning and the “Play Me, I’m Yours” music event at HKRI Taikoo

Hui were hailed as distinctive activities in the “Arts in Shanghai” program initiated by the city’s commerce, culture and tourism authorities.

The music festival held at Life Hub@Daning provided a platform for normal people, inviting them to compete in singing and dancing.

“Play Me, I’m Yours” was initiated by British artist Luke Jerram to connect people through music. HKRI Taikoo Hui introduced it to Shanghai, and placed some hand-painted pianos indoors and outdoors. Anyone can play these pianos. 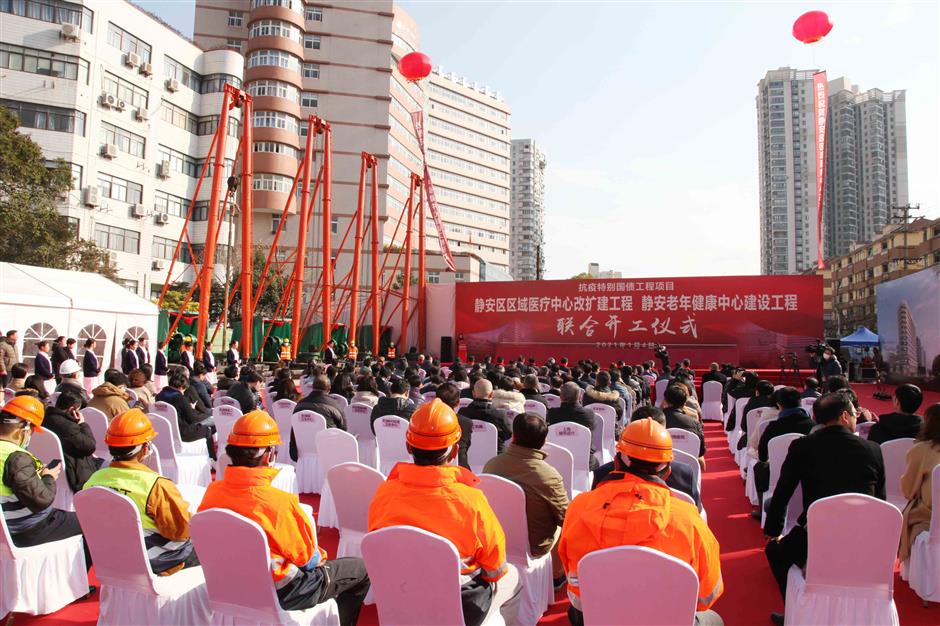 Construction to expand the district’s regional medical center has kicked off.

With an investment of 6 billion yuan, it will add 22,954 square meters of land and 102,973 square meters of building structures. Once completed, it will become a high-quality medical center providing medical treatment, physical checkups, public health management and scientific research.