The local patient lives in Huangpu District and is a close contact of one of the COVID-19 cases confirmed on January 21.

All close contacts of the patient have been put under quarantine and observation at designated places. The places the patient had visited were fully disinfected.

So far of all the 365 local cases, 342 have been discharged upon recovery and 16 are hospitalized. No suspected local cases were reported. There have been so far seven local fatalities.

Among the five imported patients, the first one, a Chinese studying in the United States, and the second one, a Chinese working in the US, took the same flight and arrived at the Shanghai Pudong International Airport on January 23.

The third patient, a Chinese visiting relatives in the Czech Republic, arrived at the Shanghai airport on January 23.

The fourth patient is a Chinese living in Italy who arrived at the Shanghai airport on January 11.

The fifth patient is an American who arrived at the Shanghai airport on January 24.

All the imported cases have been transferred to the designated hospital for treatment, while 95 close contacts have been put under quarantine and observation at designated places.

Meanwhile, 14 imported patients were discharged upon recovery, and one imported suspected case is undergoing test.

So far, of all the 1,295 imported cases, 1,205 have been discharged upon recovery and 90 are still hospitalized. 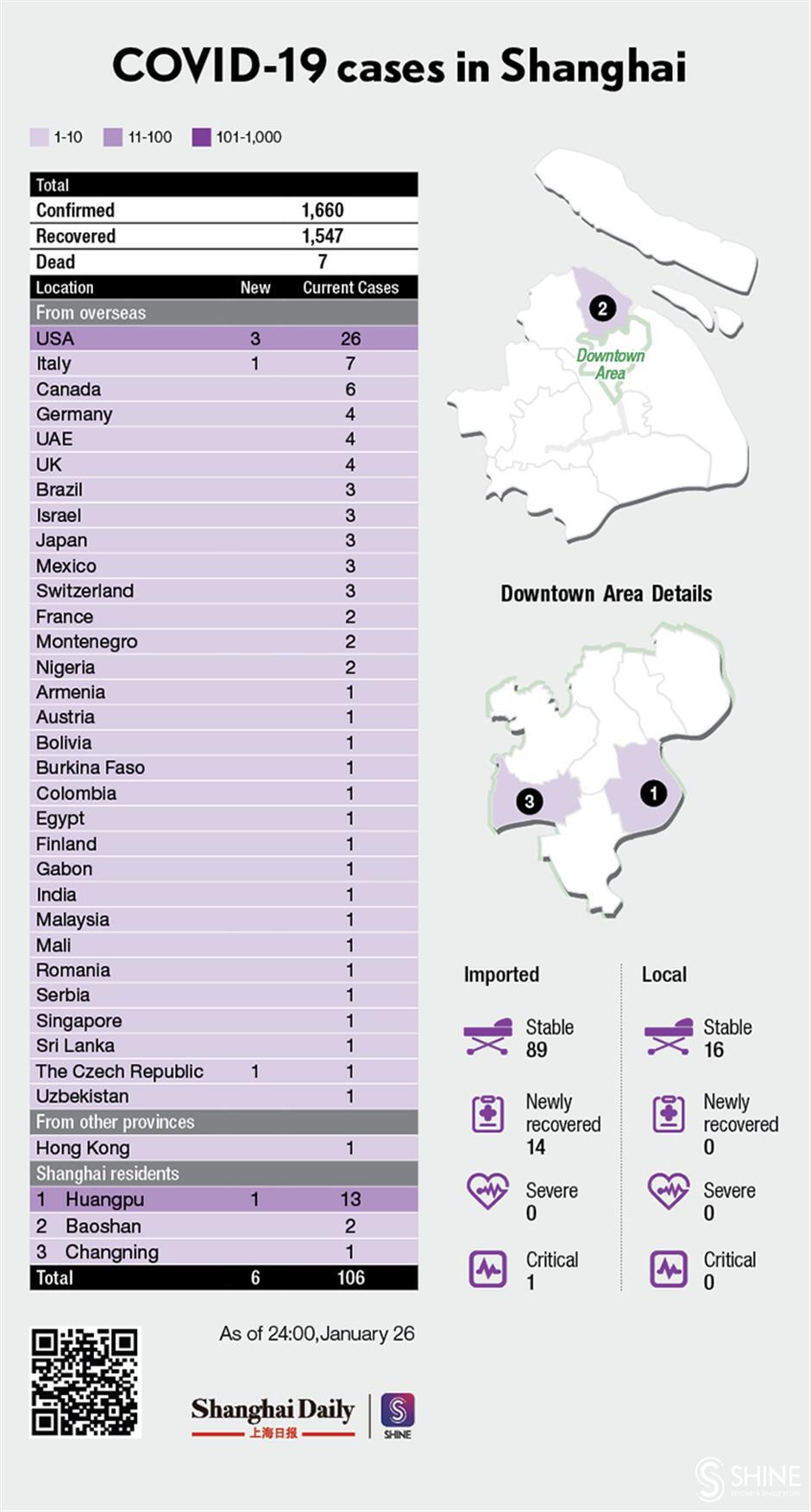