The Minhang Archives is giving free rein to remembrances of the “good old days” with a new image center devoted to photos that chronicle changing times in the district.

Four photographers, all members of Minhang Image Art Association, donated their works to the museum as the earliest exhibits. More photos will be added in the future.

One of the pictures on exhibit shows five girls standing in a farm field, dressed in stark straight shirts with towels wrapped around their necks. The black-and-white photo was taken during a local village performance. Four decades later, the five girls posed again, this time for a color photo, taken at the same place. But it’s no longer farmland; it’s now a residential area.

The set of pictures was donated by the author Tao Songhua.

“It took quite some efforts to gather all five of us together again,” said Tao. “When I invited them to come, I said, ‘Just show up with the best look you have.’ How the place has changed! But the important thing is that our bond remains.”

Gu Fugen donated a picture taken in 1981, again in a field, at harvest time. The field workers were part of the Yutang Production Group, which had a bumper crop three years in a row, according to a newspaper report at the time.

A picture taken by Shao Haimu shows two agricultural researchers taking notes in a field in the Hongqiao Commune.

“It was at a time when science and technology was the prevailing concept as primary production forces,” Shao said. “The Hongqiao Commune was one of the leading farming units in Shanghai in that respect.”

He added, “I took the picture because I felt at the time that it was something of value. When I come to think of it, I feel that I played a small part in a significant period of reform.”

The value of photos seems to grow the older they become. The museum’s image center wants to preserve that process. 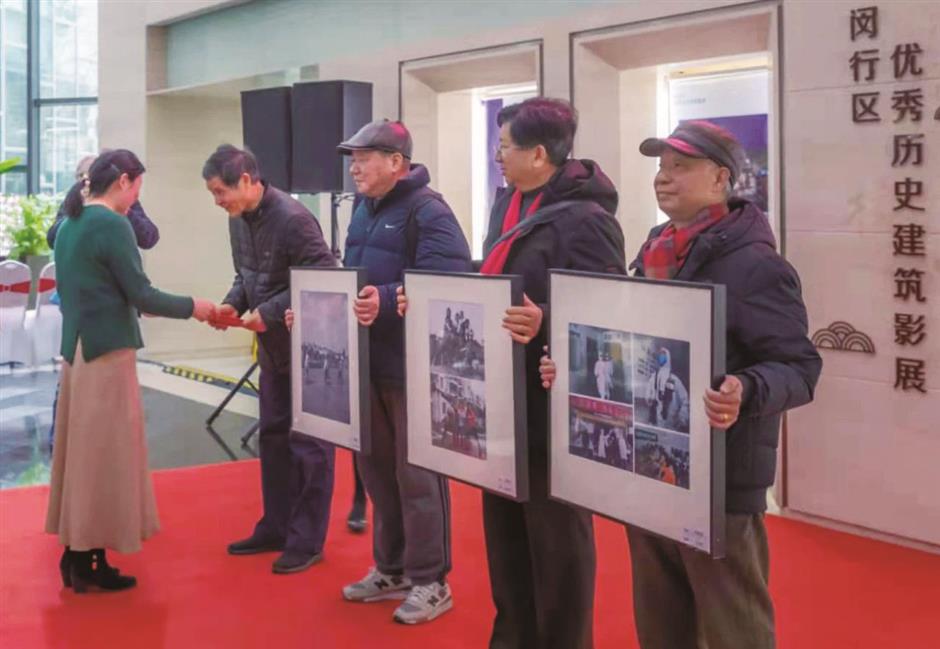 Photographers donate their works to a new center at Minhang Archives as its earliest exhibits to chronicle changing times in the district. 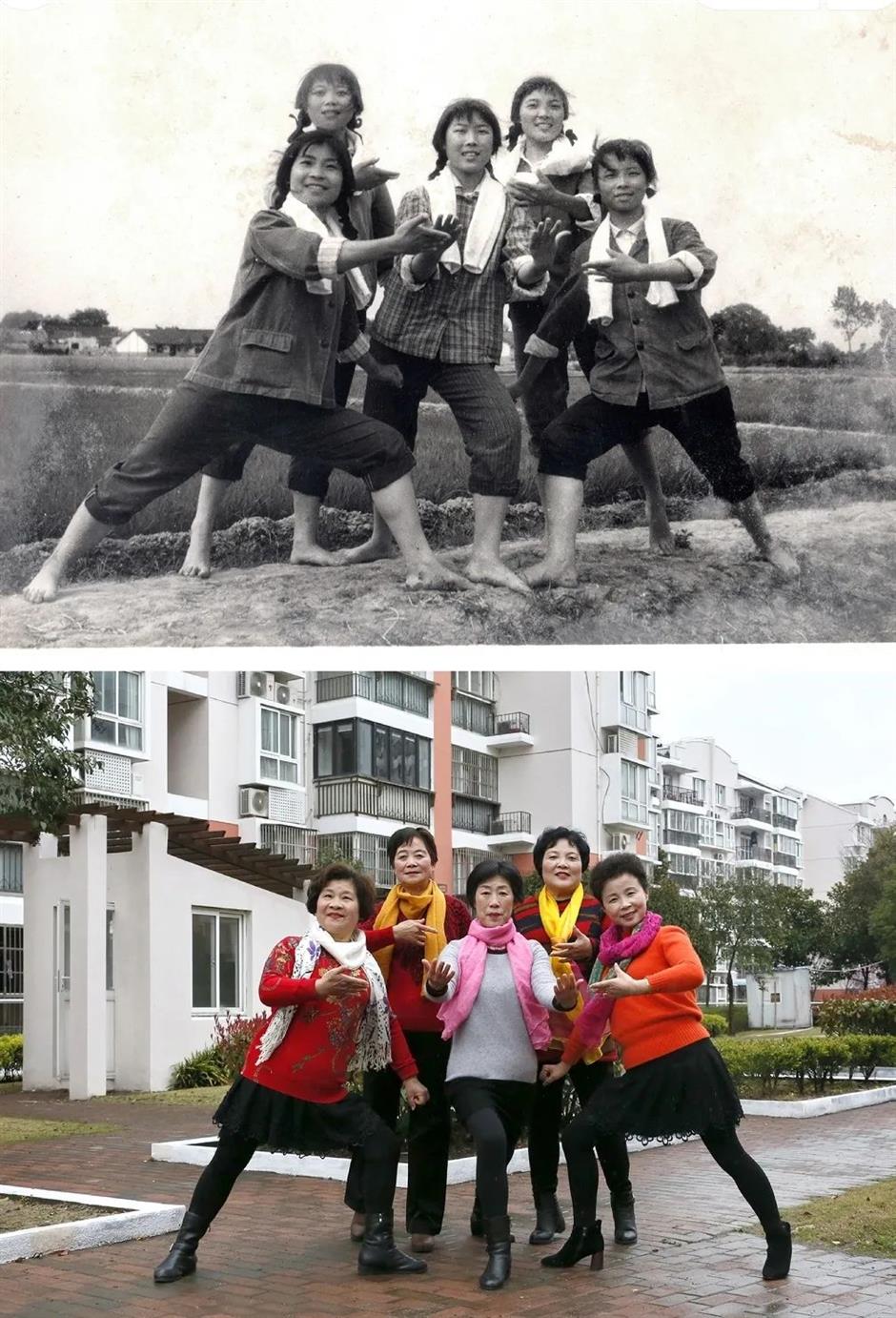 Five women (below) pose for a 2018 photo at the same spot as a photo of them taken four decades earlier (above) in what was then rural farmland. 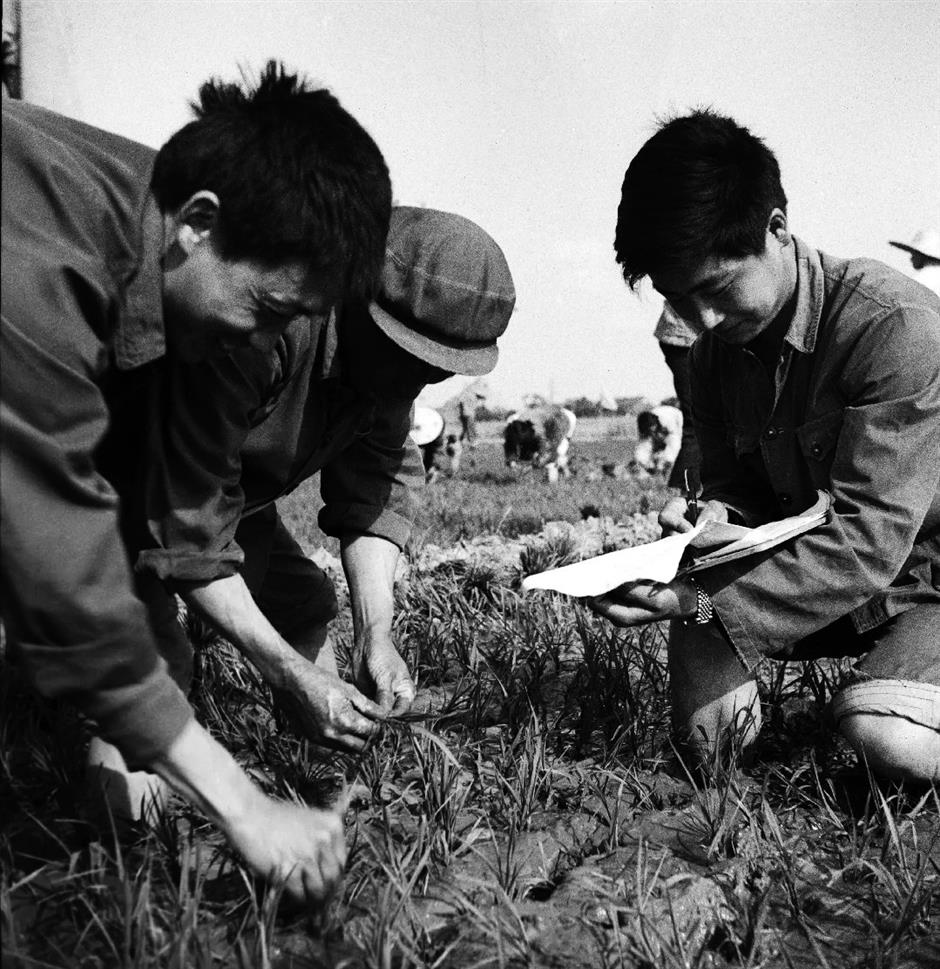 “Firsthand Data,” taken in 1979, shows farmers doing field research in the Hongqiao Commune during a period of emerging science and technology development. 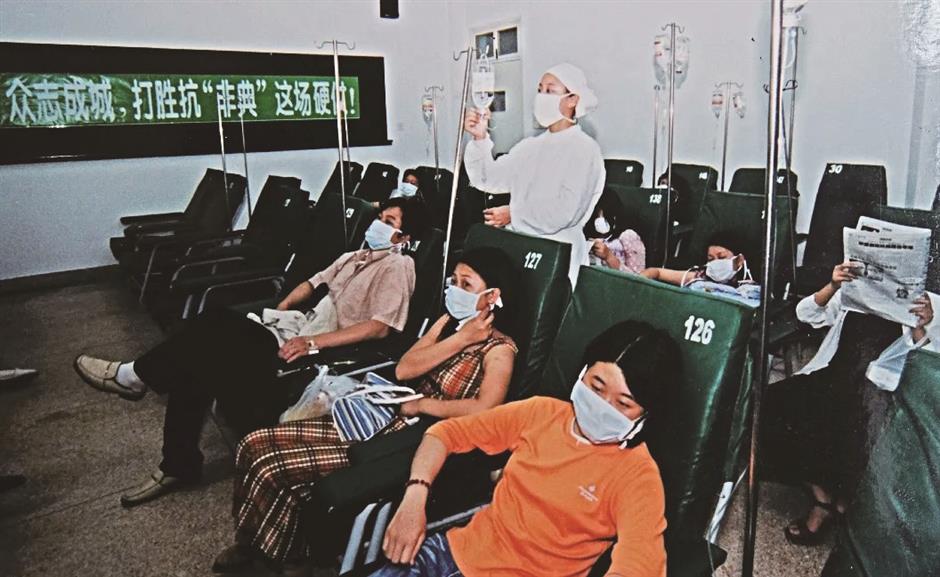 “Combating SARS,” taken in January 2003, captures the scene in a local clinic during the epidemic.