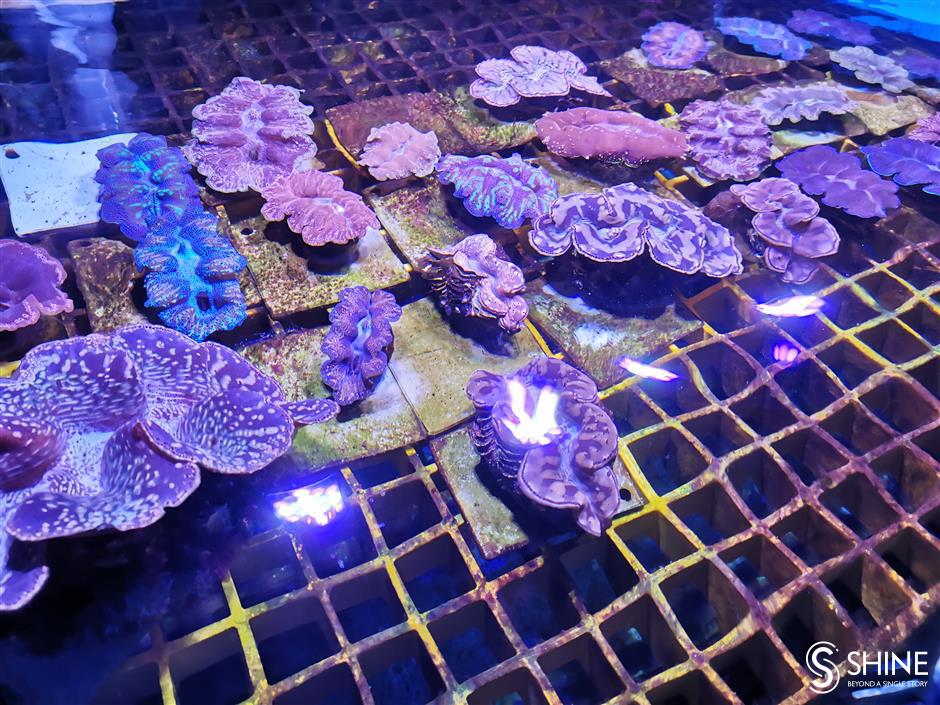 The Tridacna clams are now at the Shanghai Ocean Aquarium.

Tridacna clams are an endangered bivalve mollusk worldwide and nationally protected aquatic creatures in China. The trading and raising of the clams require permits from authorities.

Police in the Pudong New Area started their investigation in October last year based on a report from the public that Tridacna clams were being traded in a WeChat group.

The clams were sold by a man surnamed Xu to other people in the group, police said.

Xu and five people in Shanghai who purchased the clams were caught by police in three districts later that month.

Police seized 35 Tridacna clams during their raid, and 27 were still alive at that time, police said.

Xu allegedly purchased the clams from Hainan Province, which is a major source of the clams in China, from 2013 to 2019.

From November last year, the living Tridacna clams seized in this case have been taken care of at the Shanghai Ocean Aquarium, a company that is designated by the fishery administrators as a relief provider for aquatic life in Shanghai.

Those beautiful shells will be exhibited at the aquarium from May 1 and June 30 to educate the public about the importance of protection of endangered wild life.

Tridacna clams are found in the tropical and semitropical areas of the western Pacific and the Indian Ocean and are a significant part of the ecological system of coral reefs.