Students' design to celebrate the 100th anniversary of the founding of the Communist Party of China.

An exhibition with about 1,000 pieces of art by college students in the Yangtze River Delta region opened on Thursday at the 90-year-old former warehouse of the Shanghai Minghua Sugar Plant.

About 10 percent of the pieces were selected to go on display. 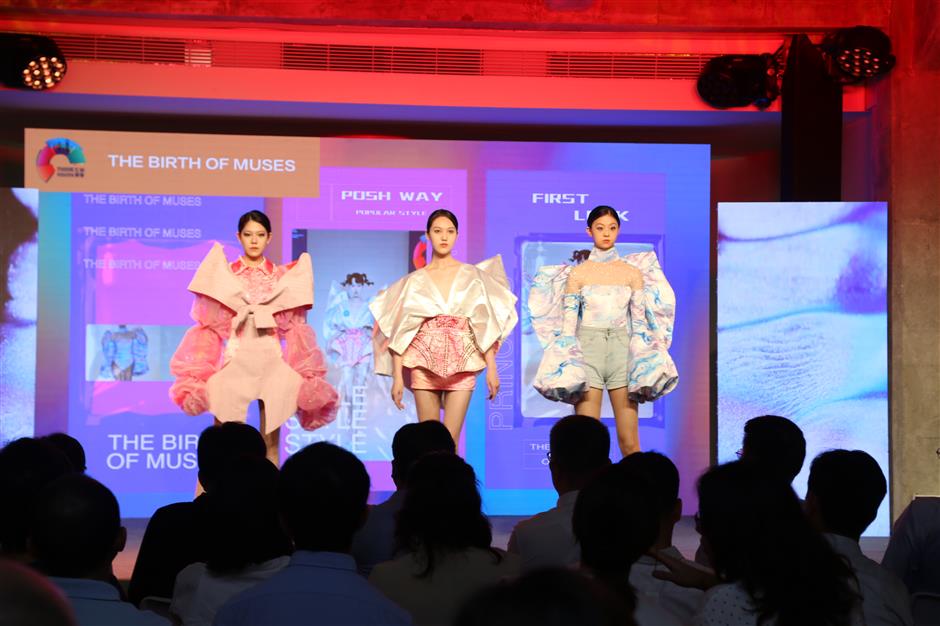 A fashion show of college students' designs was part of the exhibition's opening ceremony.

A special section shows work related to the founding of the Communist Party of China. Exhibits include posters, wax-printing works, paper sculptures and illustrations to depict important Party events over the past 100 years.

At the exhibition's opening ceremony, the memorials of the first, second and fourth CPC national congresses, the Longhua Martyr Cemetery, the Chen Yun Memorial, Shanghai Museum, Shanghai History Museum, the National Anthem Museum, the former residence of Mao Zedong and Sihang Warehouse Battle Memorial were honored as practice bases for the creation of Red Culture for young students.

The exhibition, which ends on Sunday, is free to visit. 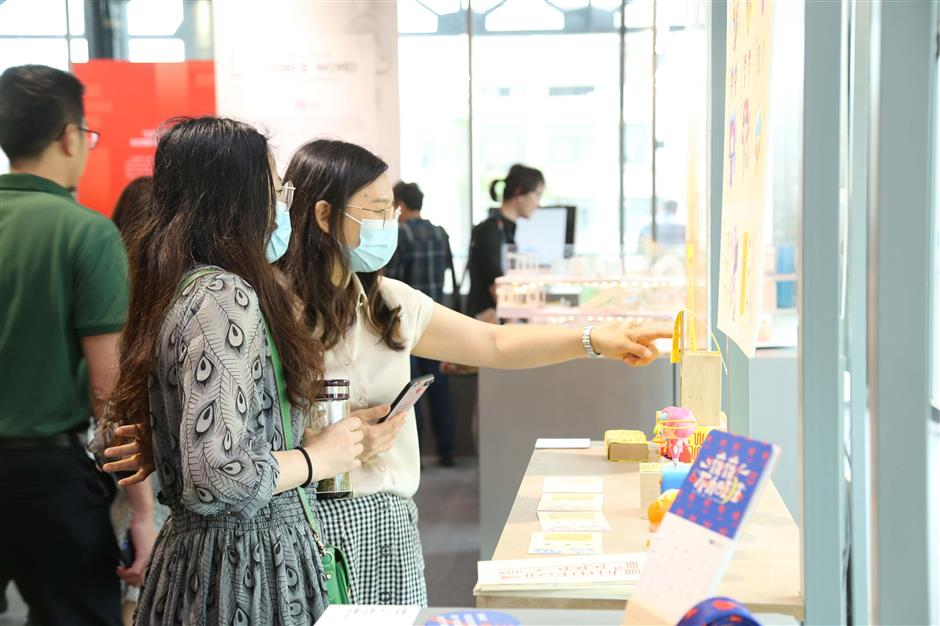