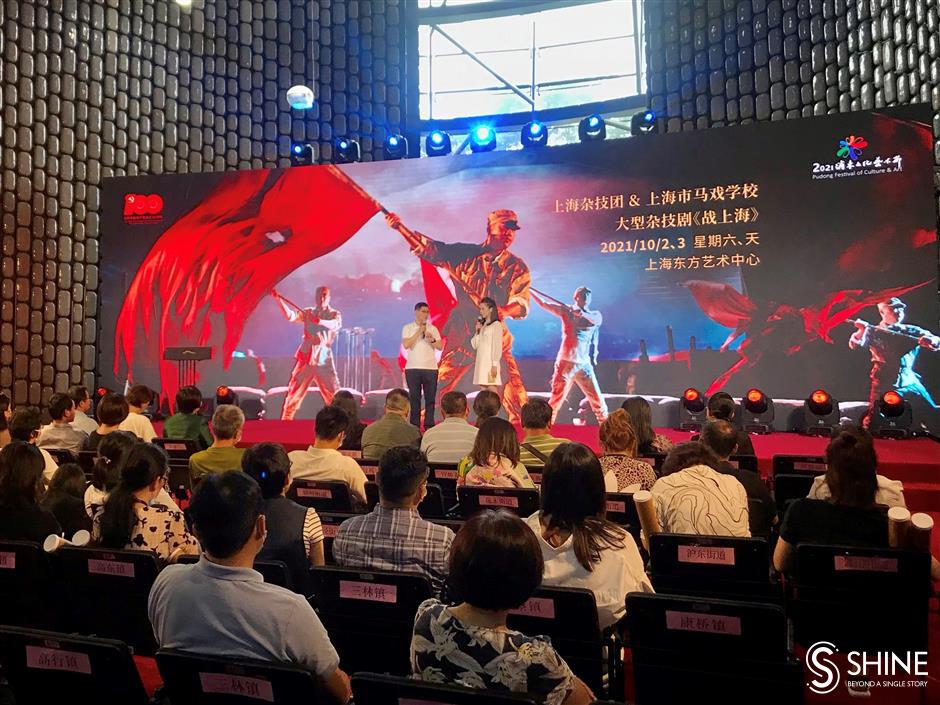 A performance of "Battle of Shanghai"

The 2021 Pudong Festival of Culture & Art will raise its curtain on July 5, presenting 22 productions with 37 performances through October 11.

In celebration of the Communist Party of China's centennial, this year's festival will stage 15 "red" productions, including the popular acrobatic play, "Battle of Shanghai."

After debuting in 2019, the play, presented by the Shanghai Acrobatic Troupe and Shanghai Circus School, proved to be a successful exploration of combining acrobatics with dance and drama.

Described as the first acrobatic drama of its kind, it tells the story of soldiers who fought for Shanghai's liberation in 1949.

The festival will also stage performances by renowned artists. 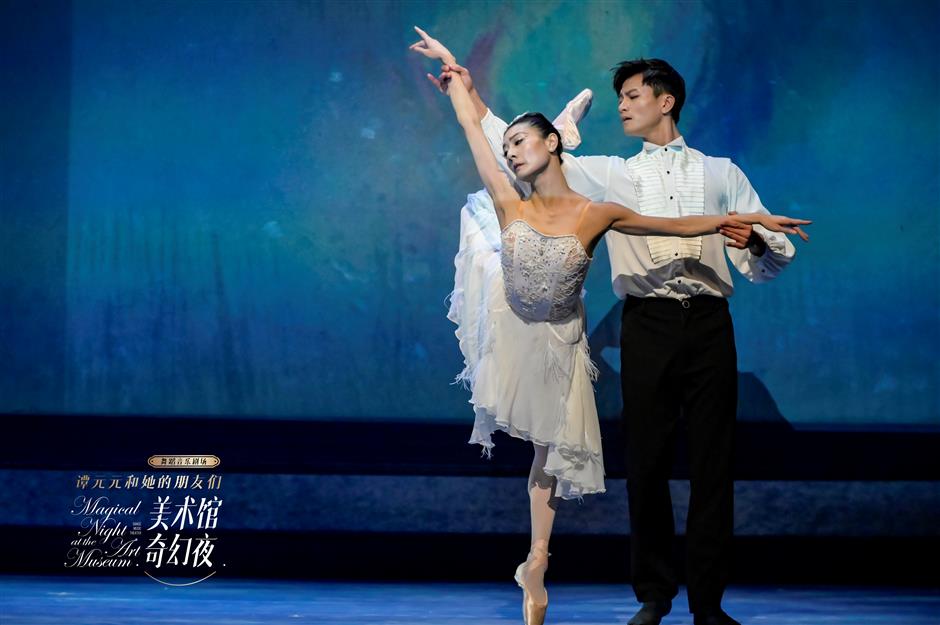 "Magical Night at the Art Museum" performed by Tan Yuanyuan.

Tan Yuanyuan, prima ballerina of the San Francisco Ballet, will perform with some of China's top contemporary and classical dancers to bring famous paintings back to life in her latest work "Magical Night at the Art Museum."

China's most famous ethnic dancer Yang Liping, known as the "Peacock Princess," will present "Under Siege – The Full Story of Farewell My Concubine," a dance drama set against the backdrop of an epic battle between the Chu and Han kingdoms more than 2,000 years ago.

After the overthrow of the Qin Dynasty (221-207 BC), prominent warlords Xiang Yu of Chu and Liu Bang of Han fought to rule China. When Xiang was surrounded by Liu's forces and on the verge of total defeat, he killed himself with a sword after the suicide of his concubine Consort Yu.

According to Yang, chief choreographer and director, the dance drama blends elements of martial arts, Peking Opera and other traditional Chinese folk art. 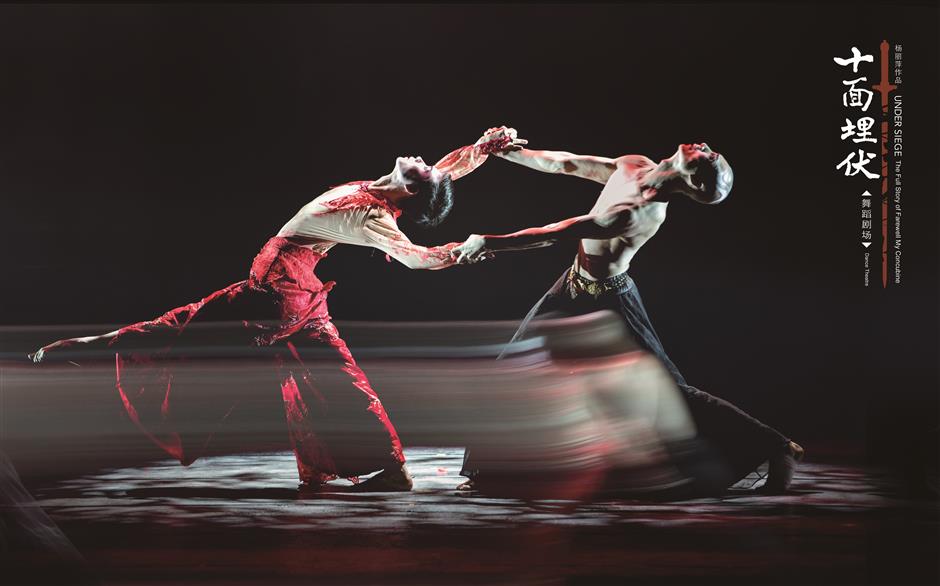 "Under Siege – The Full Story of Farewell My Concubine" directed by Yang Liping.

The novel tells stories of people living in Shanghai between the 1960s and 1990s. Pingtan, storytelling and ballad singing in the Suzhou dialect, is popular in Shanghai, especially among middle-aged and senior residents. A sense of that period in time is evoked by complementing Shanghai stories with Pingtan.