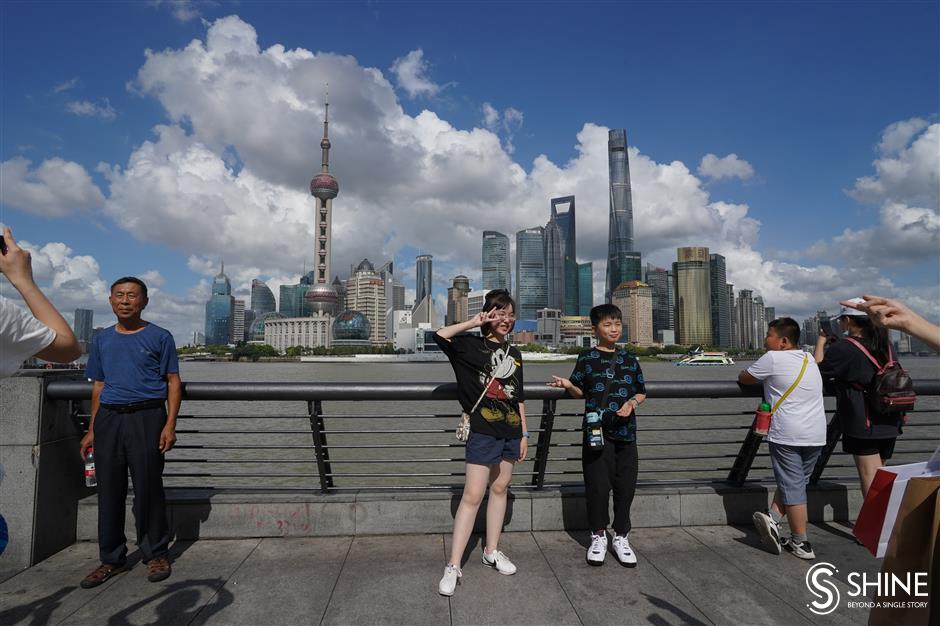 Shanghai is expected to be affected by this year's sixth typhoon In-fa on Thursday, according to the city's meteorological bureau.

Typhoon In-fa, which formed on Sunday, was 1,500 kilometers away from Shanghai at the time. Its wind force is expected to increase to a maximum between 144 and 172.8 kilometers per hour.

The city is expected to see showers and thunderstorms from Thursday due to affection of In-fa.

Shortly after In-fa formed, this year's seventh typhoon Cempaka formed today, located about 160 kilometers off the coast of Yangjiang, Guangdong Province. The maximum wind force in Cempaka's eye is level eight, 64.8 kilometers per hour, according to the National Meteorological Center.

Today's weather has been cloudy with temperatures ranging from 27 to 34 degrees Celsius.

The mercury will be between 27 and 33 degrees over the next four days.

Residents are advised to take umbrellas and raincoats when they go out during typhoon season. 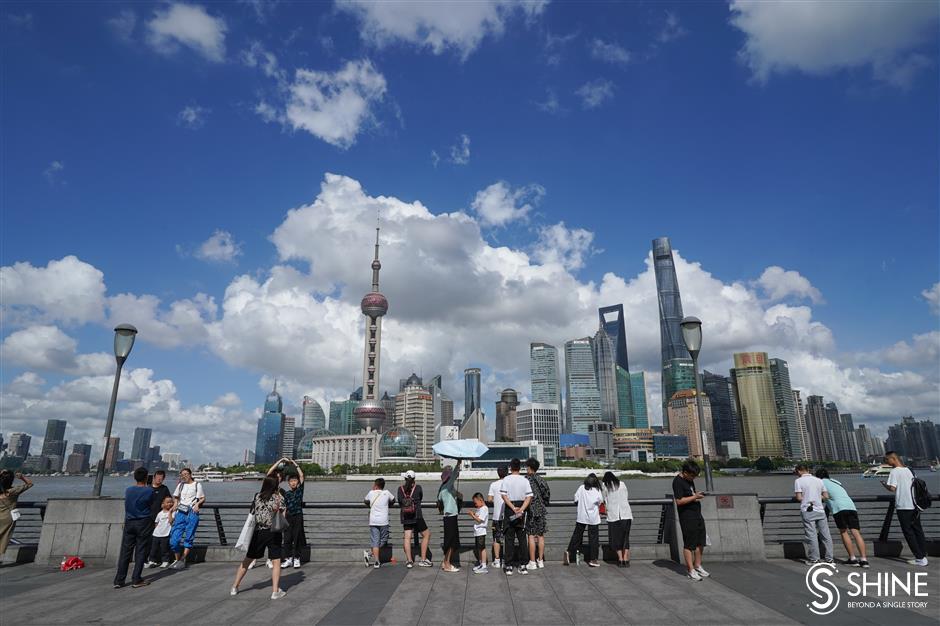 People soaking up the sun today on the Bund. 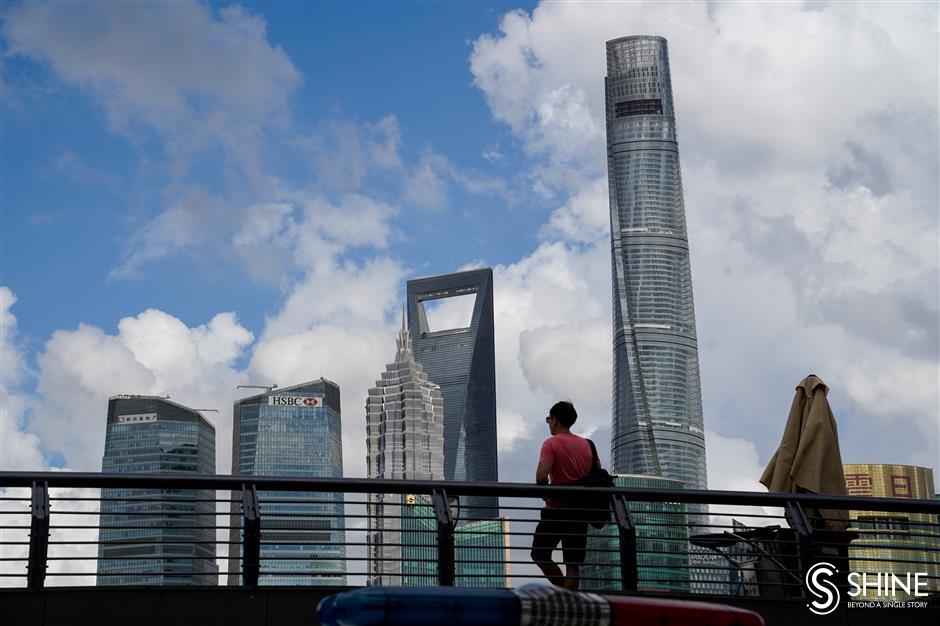 A man enjoys the nice weather on the Bund.