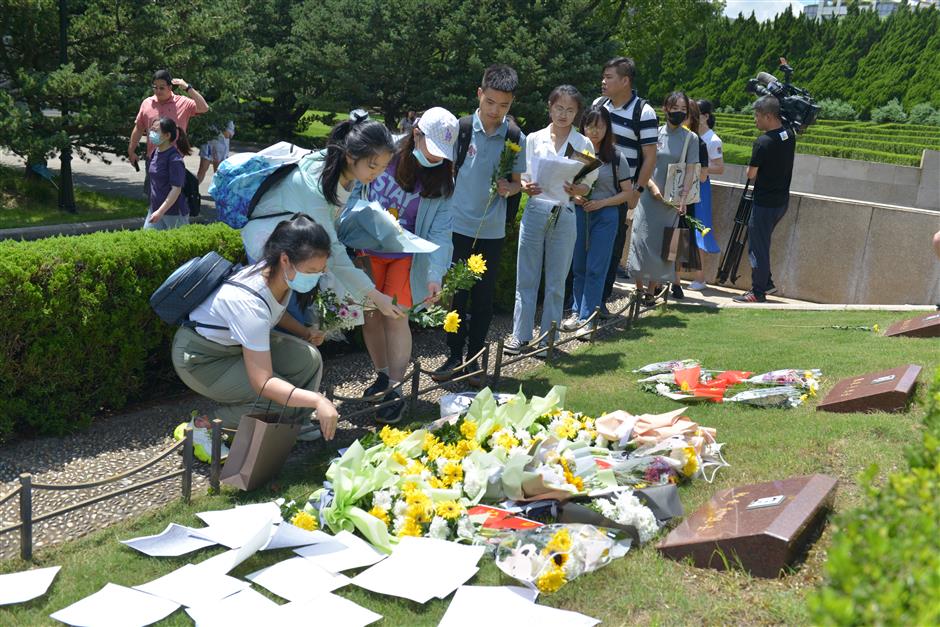 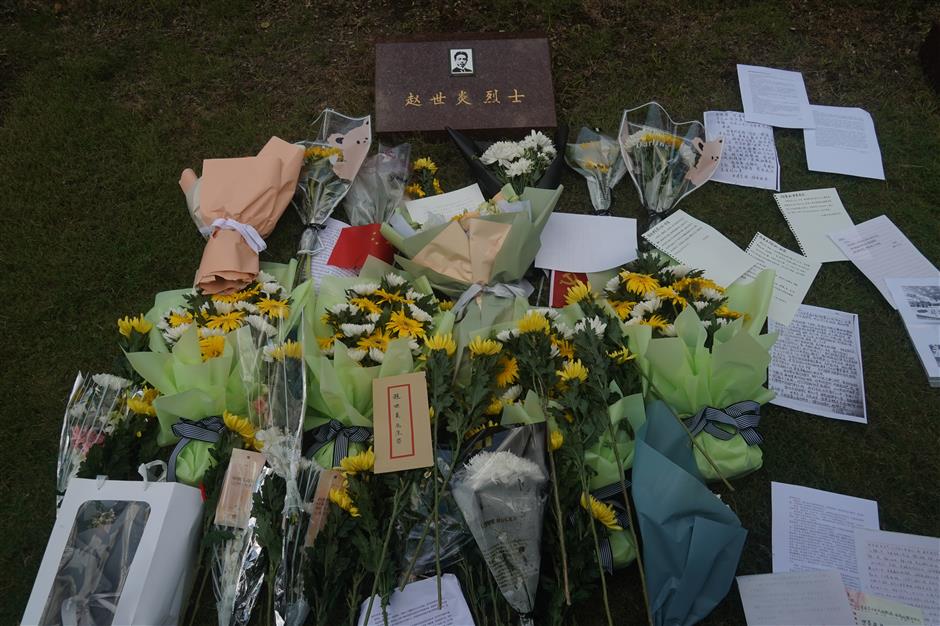 People paid tribute to revolutionary hero Zhao Shiyan (1901-1927), a leader of an armed uprising of workers in Shanghai, at Shanghai Longhua Martyrs' Cemetery in Xuhui District on Monday.

Zhao was executed on July 19, 1927, in Longhua after being arrested in his home in Shanghai by the Kuomintang regime.

During what was one of the city's darkest periods, the Communist Party of China decided to stage a third armed uprising on March 21, 1927. Zhou Enlai, China's first premier, and Zhao were the front-line leaders. 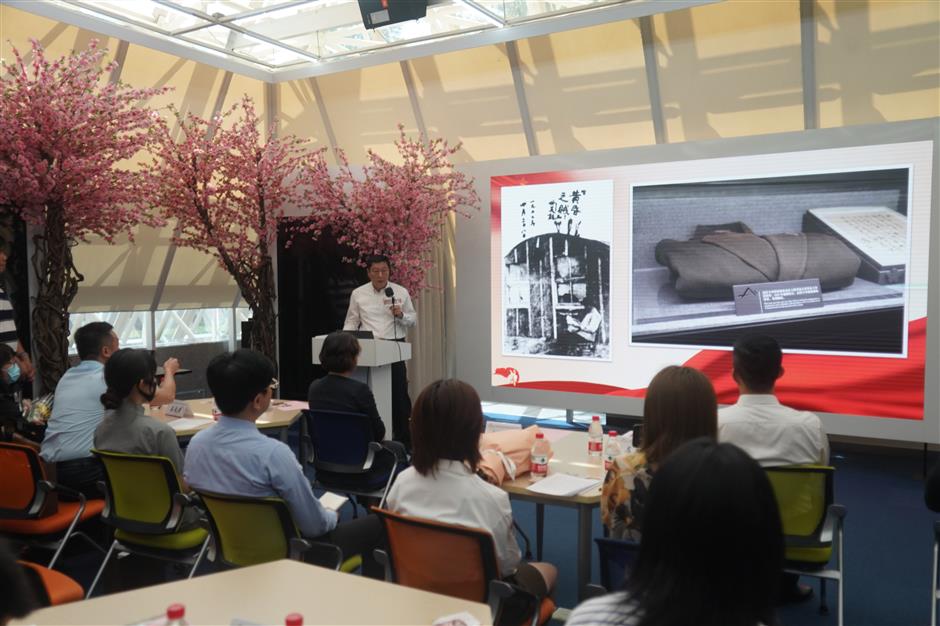 Stories of Zhao are shared at Shanghai Longhua Martyrs' Cemetery 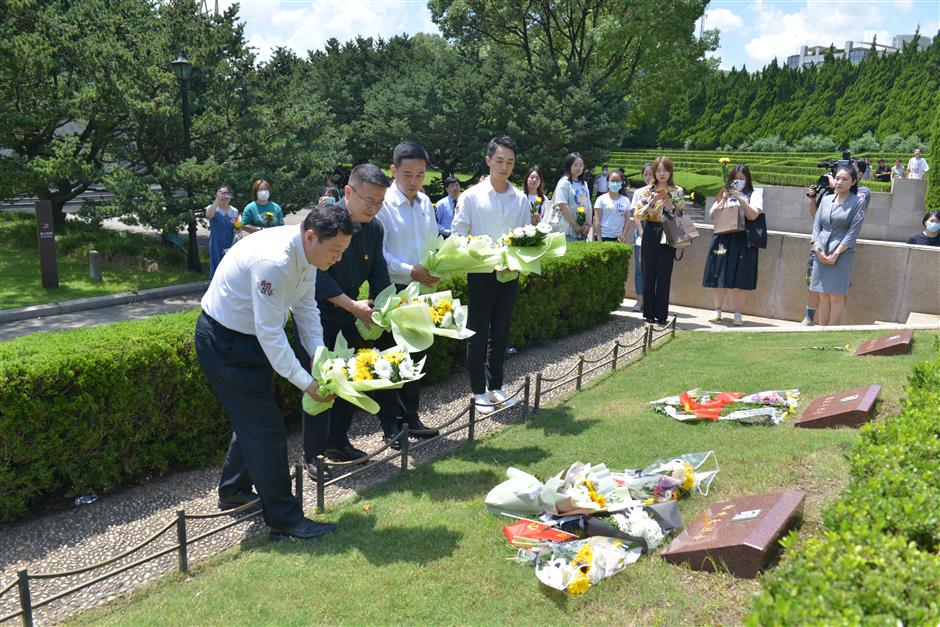 Lin Junyi, who acted as Zhao in "The Age of Awakening," a critically acclaimed TV drama revolving around Chen Duxiu and other co-founders of the Communist Party of China, talked about stories behind the drama. Zhao's family members also shared some of his life experiences.

"The Age of Awakening" has become a sensation in China since its release in February.

People expressed their sentiments and commemorations to his on postcards which were laid on Zhao's tomb with wreaths and flowers. Some people wiped Zhao's tomb.