The city's meteorological authorities updated the typhoon alert to orange at 8pm on Saturday night, the second highest in the four-tier system.

Over 120,000 flood preventing workers are on emergency standby. More than 2,000 rescue teams have been gathered for emergency response, said the city's flood prevention department.

A total of 79,505 people had been evacuated and relocated by 7:30pm, the department said.

Yangpu District's disease control and prevention center said all the vaccination sites in the district have been suspended. 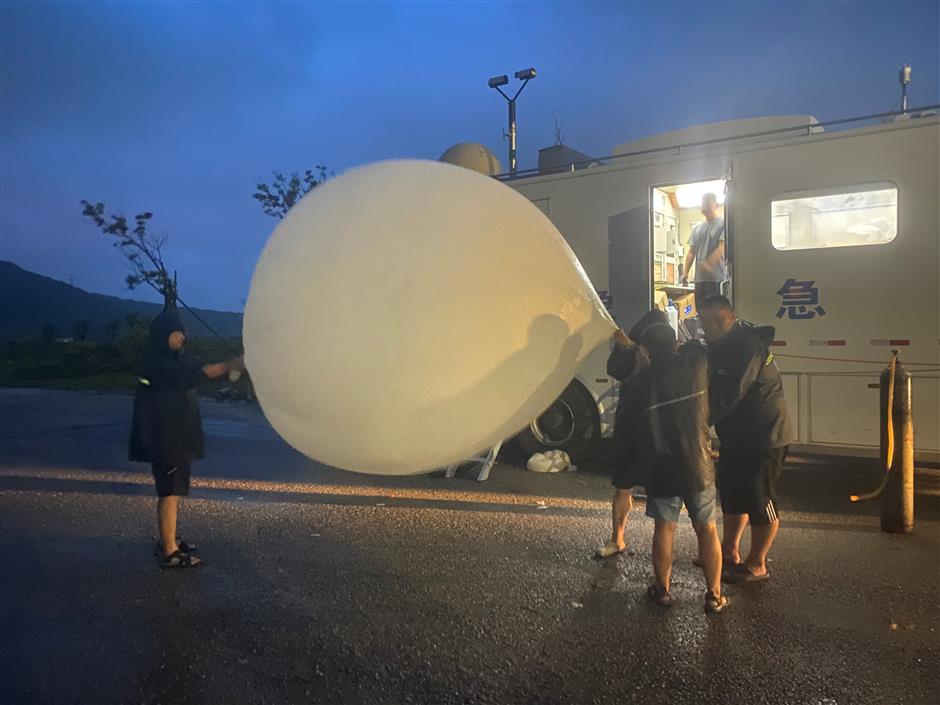 A team from the Shanghai Typhoon Research Institute of China Meteorological Administration releases a weather balloon.