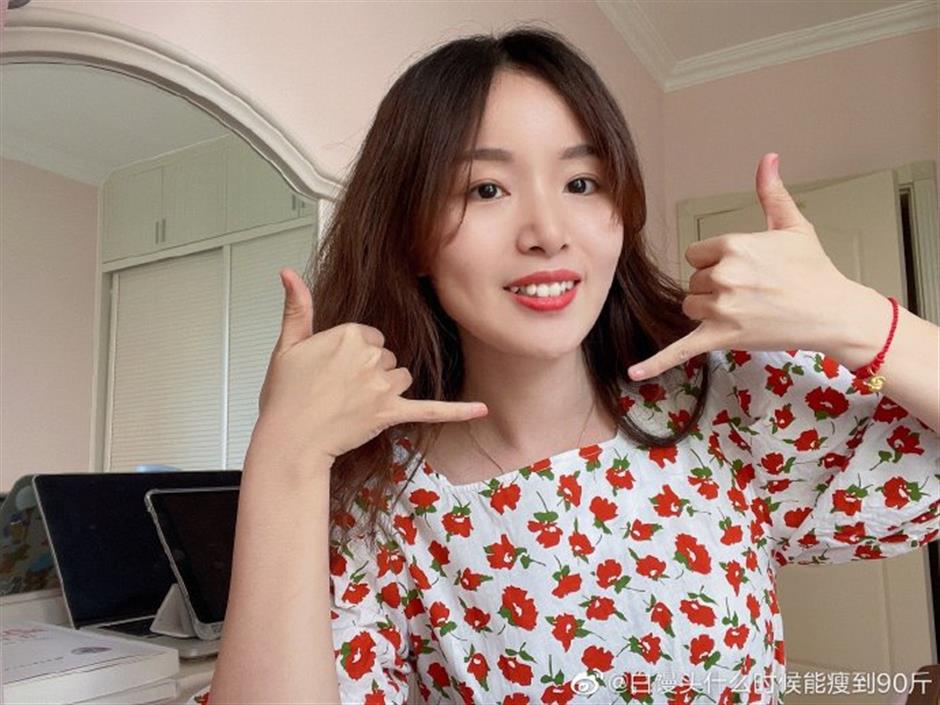 Li Rui from the Shanghai University of Finance and Economics has been hailed as an unsung hero in the rescue of victims in the unprecedented flooding of central Henan Province.

A female student at the Shanghai University of Finance and Economics has been hailed as an unsung hero in the rescue of victims in the unprecedented flooding of central Henan Province.

She launched an online-editing spreadsheet to connect those trapped by the flooding and rescuers.

The document on Tencent Docs, a free online platform that allows multiple users to edit a file at the same time, contains information on locations, situations and contact information of trapped people as well as rescue organizations.

Since it first appeared online, it has received millions of views and been updated hundreds of times with joint efforts by hundreds of warm-hearted people. Hundreds of people were rescued as a result.

The real-time document was initiated by Li Rui, a graduate of the university who will begin her postgraduate study in September.

In an interview with China Central Television, Li said that as a native of Henan, after seeing the disaster in her hometown and many people being washed away by floods, she knew that she must do something.

At 7:56 pm on July 20, the 22-year-old posted on Weibo saying that she wanted to help those in need after seeing a lot of cries for help on Sina Weibo.

She then posted a message on her WeChat account asking for friends to volunteer to help her collect information on people in need from the Internet, assess the danger of their situation to create a priority list, and then connect them with rescuers and follow up on their situations.

More than 30 people from the university responded and about one hour later, the file was created by Li with the nickname "Manto" as she input the first line of words: information of people waiting for rescue and information for rescuers.

Soon after the spreadsheet was released in their WeChat work group, information on people trapped was added, including those in the inundated Metro Line 5, a group of people waiting for evacuation from a building roof, and a pregnant woman who was about to give birth.

Under the organization of Li, the volunteers were divided into groups in charge of collecting information, verifying information, and providing on-site support to improve work efficiency. And later, they shared the document with professional rescue teams.

Li said they searched information on trapped people by themselves at first, which was slow and easy to cause repeated entries.

Then a former classmate of her suggested using the programming language Python to create a program to collect the information automatically, which greatly improved their work efficiency.

Three hours after the document was released, Li and her classmates began to contact the trapped people to follow up their situations and received the first feedback message at 1am the next day, in which the victim said she had been saved.

"I could not help bursting into tears," she said. "At that moment, we were really inspired and further motivated to go on. Though we had worked overnight, we feel that everything we did paid off." 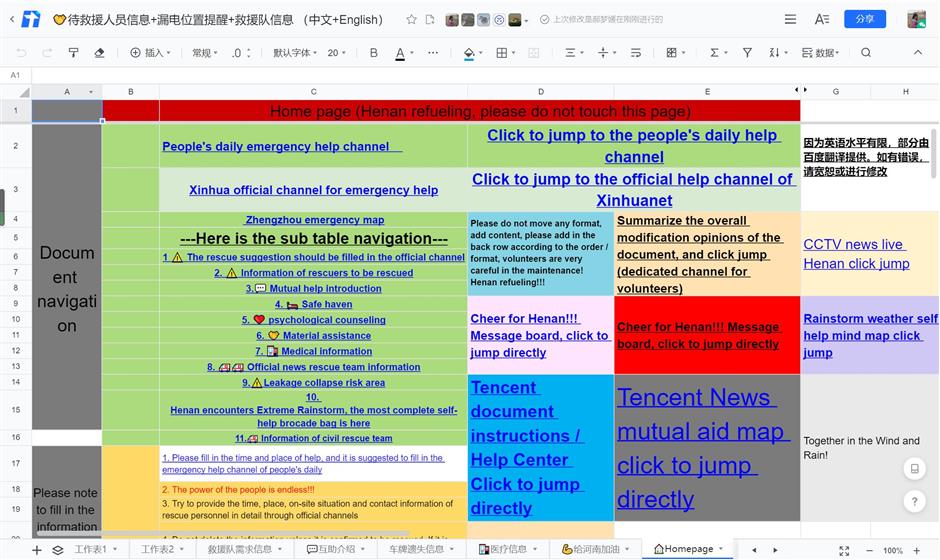 The spreedsheet created by Li has developed into a comprehensive system of rescue information.

With more and more information collected and more and more people rescued thanks to their efforts, the document was later taken over by a team from Tencent and joined by volunteer and rescue organizations as well as media groups from all over the country.

The document now has developed into a comprehensive system including information on people needing help, as well as locations with risks of electric leakage and landslides, phone numbers of rescue teams and access to medical consulting services.

Praised as a hero by media and web users, Li said: "I did just a little step and it is a group effort by all the warm-hearted persons around the country. As a native of Henan, I'm really touched by all of them."

On WeChat, Li wrote: "I gained enlightenment from this hometown disaster: To be a person who can contribute to society."

She said this experience enabled her to understand how to apply what she has learned and do her best to help society.

As for her future career, Li said she will focus on products suitable for the elderly because China has an aging population.

"During the summer vacation, I have done some social practice on aging products and realized that the role of the Internet in increasing the efficiency of life," she said. "So I want to make some products that allow the elderly to access the Internet. Now I want to be down-to-earth and study hard first."