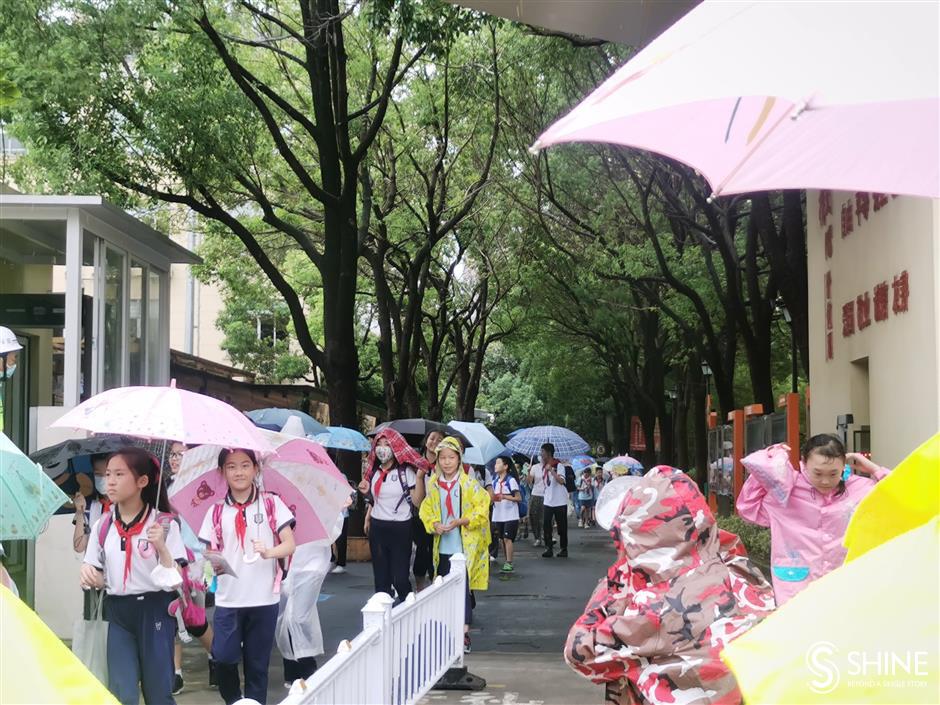 Students in Shanghai returned home at noon on Monday due to the approaching Typhoon Chanthu, disrupting some parents' schedule and causing traffic congestion around schools.

Shanghai's flood prevention office has asked all primary and secondary schools, as well as kindergartens, to suspend classes on Monday afternoon and Tuesday to avoid the extreme weather expected as a result of Chanthu, the 14th typhoon of the season.

Minhang Experimental Primary School notified parents on Sunday night to pick up their children after lunch on Monday. It said fifth graders would be dismissed at 12pm, third and fourth graders at 12:05pm and first and second graders at 12:15pm.

Xinsong Middle School, which is on the opposite side of the primary school, said students would be dismissed at 12:10pm.

At 11:45am on Monday, Weiye Road that runs between the two schools' Chucheng campuses in Minhang District was already packed with private cars, mopeds and pedestrians waiting for students.

"The traffic was blocked on the road when I drove my daughter to school in the morning, and it is worse now at noon," said Chen Yan, a mother of a third grader.

"It's not surprising because it is rainy due to the typhoon and many parents chose to drive their children between home and school to prevent them getting wet," she said.

Chen revealed that she had asked for leave from work.

"Usually my mother-in-law picks my younger daughter from the kindergarten and takes her along to pick up my older daughter in the afternoon," she said. "Today, my younger one had a little fever so I asked for sick leave from her kindergarten. My mother-in-law is taking care of the little girl at home and I have come to pick up the older one myself."

Chen spent almost half an hour to drive away from the 300-meter road. 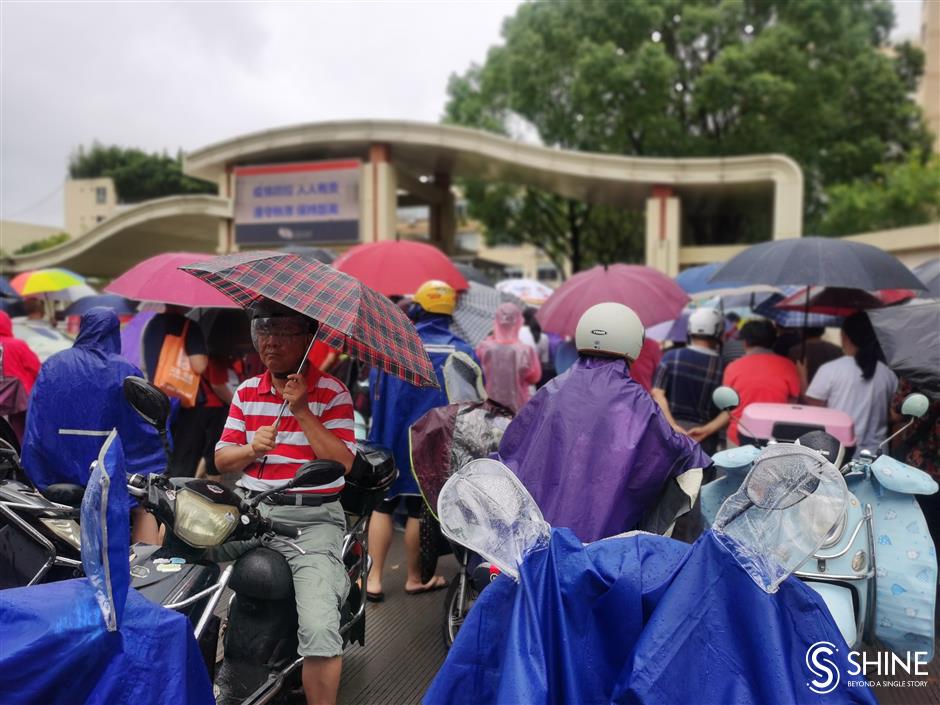 Parents and grandparents wait for children on the crowded Weiye Road in Minhang District on Monday.

Peggy Qian, mother of a fifth grader, said her boss had asked her to work from home on Monday and Tuesday after the local flood prevention office announced the cancellation of classes.

"I'm so grateful to my boss for his decision," she said. "I usually pick up my daughter at 6pm on my way home from office. I had been worried about the cancellation of classes and planned to ask the school for help to take care of my daughter in the afternoon. Now I don't have to bother the teachers."

Hu Yuehong decided not to send her son to kindergarten and daughter to primary school on Monday.

"Today they only have to stay on campus for half a day so I decided to save the trouble of sending them to school one by one and picking them back in a few hours," she explained.

As students have to stay at home for one and a half days, many schools have accordingly assigned homework.

"My daughter has been given homework for both Monday and Tuesday," said Chen. "It's not too much so students won't be too busy or too idle."

Some schools have decided to have classes online based on experiences accumulated during the COVID-19 pandemic.

Wu Rongjin, principal of Luwan No. 1 Central Primary School in Huangpu District, told Shanghai Daily that all the teachers would work on campus while students will take classes via Internet at home.

"Students will first watch the recorded classes at the city's Sky Classroom and then teachers will organize discussion afterwards," she said.

"This model was proven efficient last year when students and teachers were stuck at home following the outbreak of the pandemic. So the extreme weather won't be a big problem." 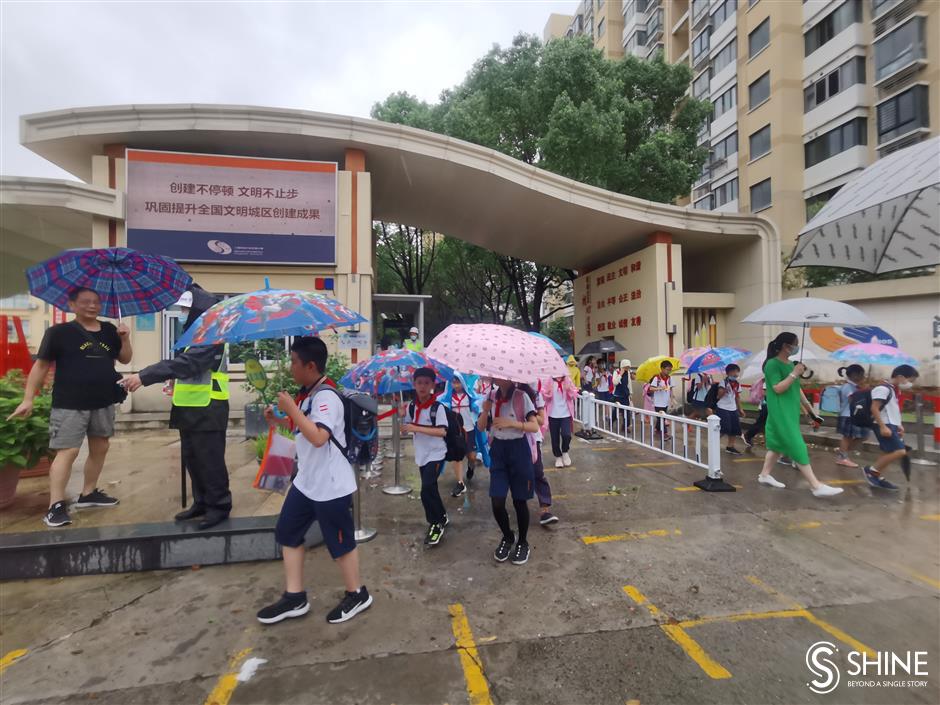 Students leave their school in the rain on Monday.