Vaccines for thousands of local teens in Songjiang 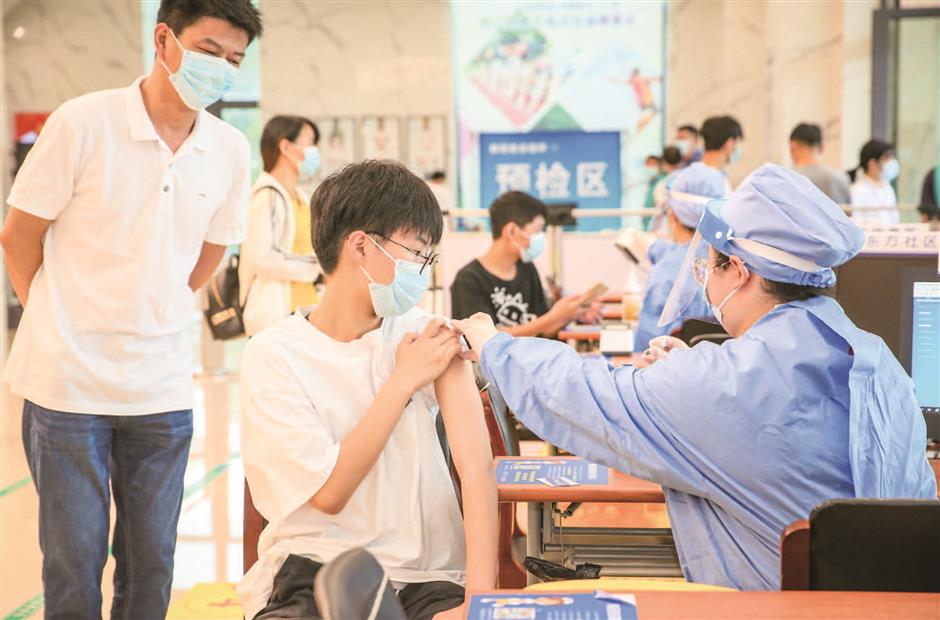 COVID-19 inoculations for teens between the ages of 15 and 17 kicked off in mid-August in Xinqiao, Sijing, Yexie, Shihudang and Xiaokunshan towns and the downtown area.

Seventeen-year-old Shen Yao and her father Shen Gang were the first to arrive at the community cultural center in Shihudang Town, one of the immunization spots, on the morning of August 14.

"We as adults have received the vaccines, and we'll feel rest assured after seeing our children get the jab," said Shen Gang.

Accompanied by her father, Shen Yao went through the required procedures, including having her temperature checked, showing her health code and signing a notification. When informed that she was the first teen in Songjiang to receive the vaccine, Shen Yao said happily that she was proud of herself as part of the united efforts to fight against the pandemic.

At Songjiang Sports Center, one immunization spot in the downtown area, teens and adults received vaccines through two separate channels. On occasions when parents were absent, children were required to present a letter of trust. The spot was divided into inoculation and observation areas.