Summer class kids get a lesson in ancient martial arts 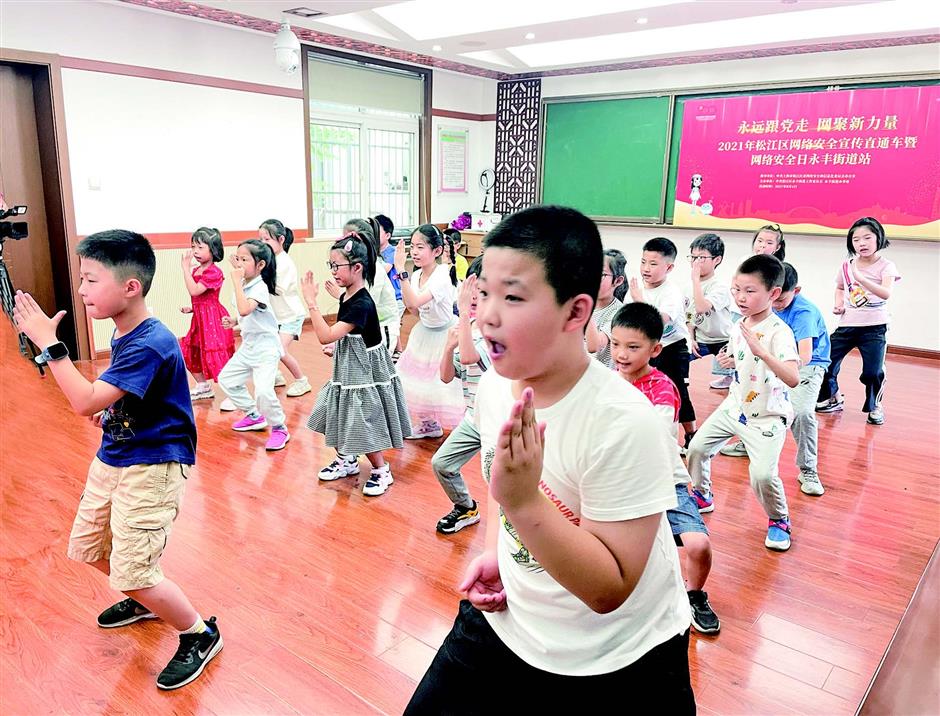 Ship boxing, an intangible cultural heritage in Songjiang District's Zhuangjing Village, were taught to children at a summer class in the suburban district's Yongfeng Community.

Children at the summer daycare class were seen practicing ship boxing coached by Zhou Longdi, the eighth generation inheritor of the intangible cultural heritage. They started with learning basic movements like throwing a punch, making a fist and bursting action to doing more complicated gestures.

"We intend to pass Zhuangjing ship boxing onto the next generation. We hope the course can pique the interest of children, and then more people will join in to promote the heritage," said Zhou.

The folk sport, usually practiced with a martial arts performer standing on a prow, was developed by Yu Guangming, a Songjiang local, about 260 years ago. After returning from a Shaolin temple as an accomplished martial arts master, Yu developed Zhuangjing ship boxing and passed the skills unreservedly on to his fellow countrymen. He also warned them that the sport could only be used to keep themselves fit instead of hurting others.

"Long-time practice of the sport can improve a person's organ functionality and metabolism," said Zhou, who is strong and healthy in his 70s.

Textbooks and lesson plans for the intangible cultural class were prepared by the Yongfeng Community over eight years.