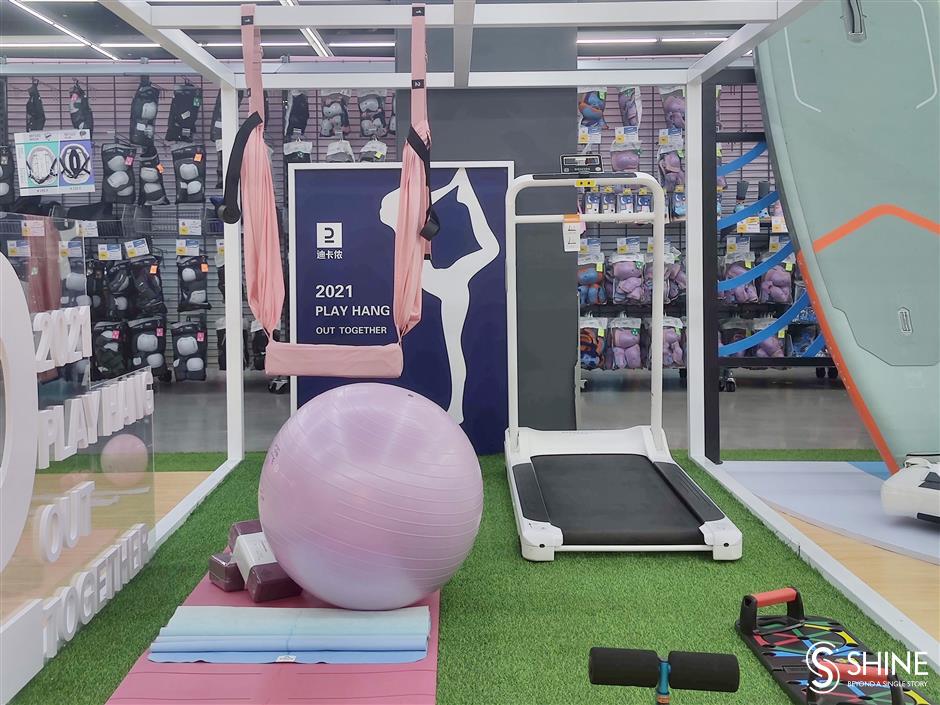 Ways to keep fit at home are displayed in the Decathlon store.

Official statistics showed that in 2020, 37.2 percent of China's population who are 7 years old and above regularly took part in physical exercise.

In Shanghai, the percentage was higher at 45.7 percent, offering huge market potential, in particular making the city an entry point for new sports trends into China.

Decathlon, the world's leading retailer of sporting goods, debuted its new market strategies for China in Shanghai on Thursday.

Finding that China is embracing fitness as a mainstream lifestyle, it has rebranded itself as a leader that exemplifies the idea of happy sports, and encourages people to play and hang out together.

Therefore, its major customer targets in the new era are young families, sports enthusiasts and women.

With its Chinese headquarters in Pudong, Decathlon has chosen its store in the Huamu area, its first brick-and-mortar store in Asia, to be the first in China to get upgraded.

A variety of sports scenes have been created at store to show people how to experience the fun.

According to the company, it values China as its most important market in the world, and it will take an active part in China's mass fitness strategy by developing products suitable for the domestic market. 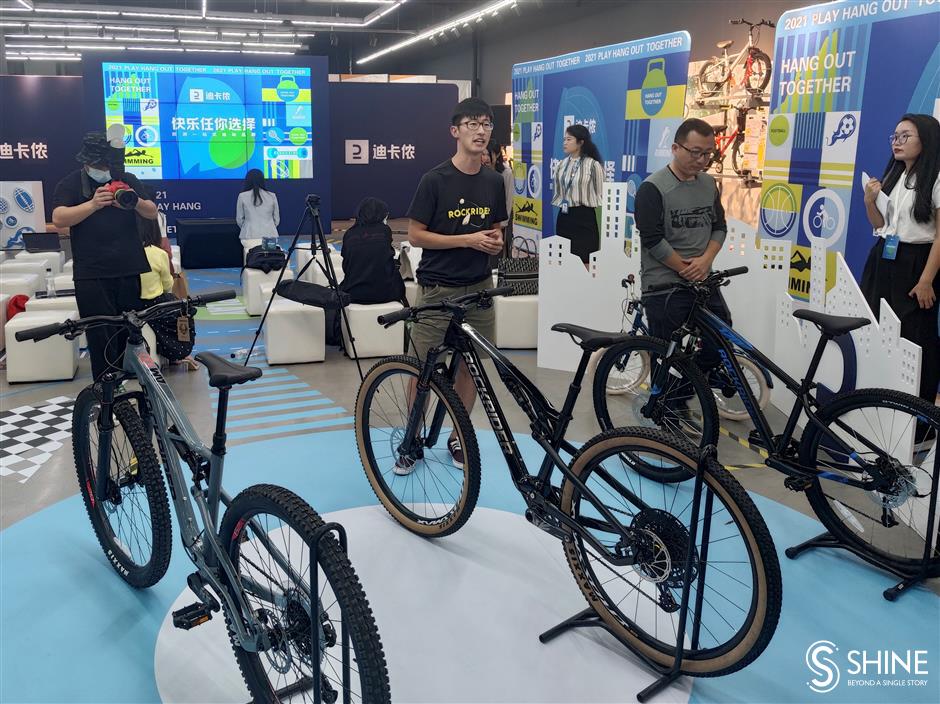 Decathlon encourages people to hang out.